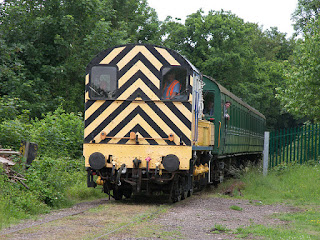 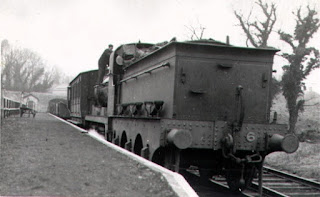 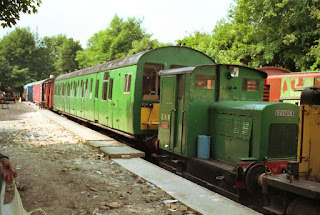 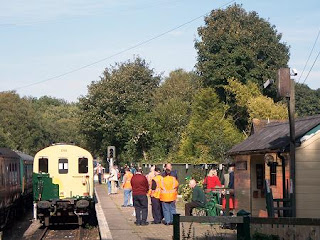 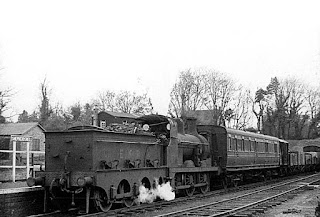 The East Kent Light Railway was well endowed with stations and I shall endeavour to do a feature on each one over the coming months. The line started from a separate station in Shepherdswell, a 200m walk from the Southern station. This was the headquarters of the line. It is now operated by the heritage line.
More info (from Wikipedia)
Shepherdswell railway station was the southern terminus of the East Kent Light Railway. It opened on 16 October 1916 and closed to passenger traffic on 30 October 1948. The normal practice was to run coaches into the station under gravity. Shepherdswell was the location of the engine shed and works, and a large number of sidings. It served the village of Shepherdswell or Sibertswold.
The station reopened as part of the East Kent Railway in 1993. It is about 200 metres from the mainline station Shepherds Well, which is spelt as two words.
Posted by Steve Sainsbury at 04:45