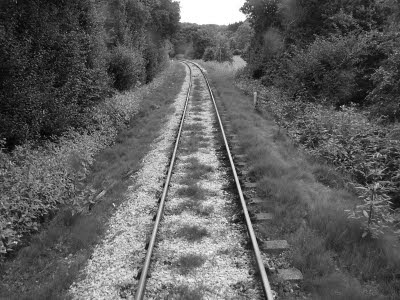 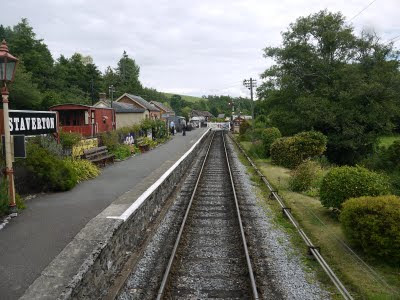 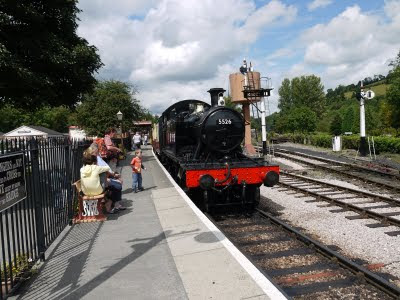 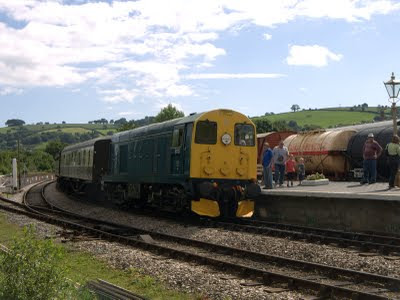 My birthday treat this year was a trip to the South Devon Railway, which runs from Totnes (Littlehempston) to Buckfastleigh. I first visited this line in 1972 when it was called the Dart Valley Railway. It was a privately owned heritage style railway back then, which later took over the Kingswear line from BR, the latter route becoming its main interest soon after. A preservation society was set up to take over the Buckfastleigh line, probably the first example of a preservation society taking over a heritage route!

It's a nice line which follows the River Dart for a lot of the trip. It almost connects with the network at Totnes, but has a separate station a pleasant 300m walk from the main station in Totnes. One of the buildings used to be at Toller on the Bridport branch, I have photos of it in its original position.

There's plenty to do at Buckfastleigh, it's easy to pass two pleasant hours there, more if you're a railway buff! And at Totnes there's the excellent farm park with hands-on animals.

The line originally carried on to Ashburton, and one day it will no doubt return there. Amazingly part of the original route was lost to road building back in the days when roads were still being built. It will be nice when the line fulfills its proper purpose again, carrying passengers and freight from Ashburton to the main line at Totnes.

The line is 6 miles and 51 chains long (10.7 km). It stretches from Totnes (Littlehempston) station to Buckfastleigh station. Staverton station is the only intermediate station on the line. Just north of Staverton is a signal box known as "Bishops Bridge" where there is the only passing loop on the line. For most of its route, the line runs along the left bank of the River Dart. This means that the river, and the best views, can be seen to the left of the train when facing Buckfastleigh, and the right of the train when facing Totnes.

Trains on the South Devon Railway operate daily from late March to the end of October. On most days a single train set operates, providing four journeys a day in each direction. On busy days (most of the school holidays) two train sets operate, providing more journeys. Other services include evening Dining trains, fish 'n' chip trains and Santa by Steam trains. Also the railway runs both full day steam and diesel footplate experience courses throughout the year. 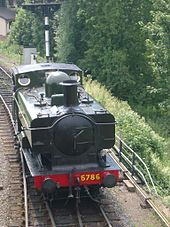 GWR 5700 Class 5786 atBuckfastleigh
The rolling stock preserved on line include many examples of steam locomotives typical of the Great Western Railway types that would have once worked on it, such as GWR 1400 Class number 1420. There are also other types of steam locomotives and a number of diesel locomotives. As well as those used in service there are a number that are undergoing overhaul or restoration, or are displayed in non-working condition. The most significant one of these is Tiny a South Devon Railway 0-4-0vb shunting locomotive on display in the museum at Buckfastleigh station. This is the only original 7 ft (2,134 mm) broad gauge locomotive still in existence in the United Kingdom.
There are a number of historic coaches in use including two Great Western Railway "Super Saloons", some coaches once used in the Royal Train, and three auto coaches that were used on small branch lines such as this.
Posted by Steve Sainsbury at 09:08 No comments: