The Wolverton and Stony Stratford Tramway 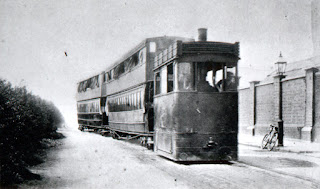 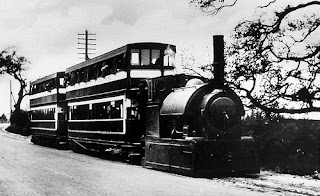 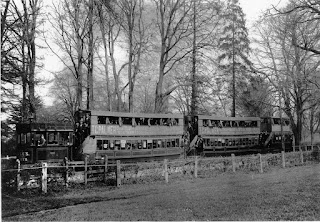 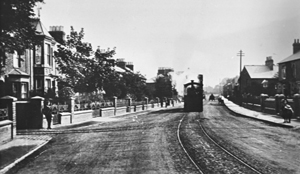 (All pics sourced via Google)

The Wolverton and Stony Stratford Tramway opened in 1887 and was 2.7 miles (4.3 km) long, with an extension to Deanshanger (2 miles/3.2 km) opened the following year. The company was bankrupt by 1889!

The line was saved by a group of Bedfordshire businessmen and the original section was reopened in 1891. The section to Deanshanger never reopened, making this a very early tramway closure, the tracks remaining in place for many years after.

The line was taken over by the LNWR in the early 1920s, and became part of the LMS in 1923. This rare circumstance of a steam tramway becoming part of one of the Big Four only lasted 3 years, as the tramway closed completely in 1926. For nearly forty years the tramway operated the largest tramcars ever to run through the streets of a British town, particularly impressive as the line ran on 3'6" gauge tracks. The main traffic was rail workers travelling from their homes along the route to the huge railway works at Wolverton, and the trams were busy thanks to this traffic. The line ran through open countryside between the two towns.

On closure the line was the last street tramway worked by steam in Great Britain.

Posted by Steve Sainsbury at 07:27 No comments:

Next stop on the S&D - Chilcompton? 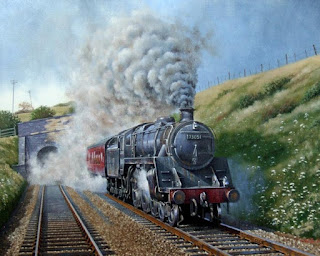 The S&D is unusual in that there are currently five active sites along the route restoring the line and/or stations, including the narrow gauge Gartell Railway, just south of Templecombe.

There are now stirrings at Chilcompton, the next station after Midsomer Norton on the route south.
At the New S&D we'd always hoped this was a process that would happen, spurred on by successes elsewhere on the route.

It's still early days of course, but the group's first move is to set up a Facebook group. We urge all S&D fans to join it, so the creators can see just how much support there is out there for the S&D.

The best thing about the Chilcompton site is that it is very close to the existing line at Midsomer Norton, on the almost-blockage-free Radstock to Shepton section.
Posted by Steve Sainsbury at 14:37 No comments: