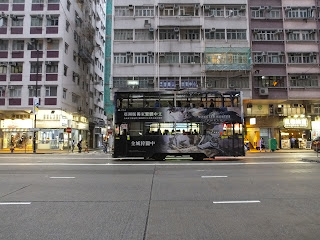 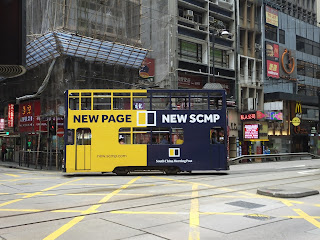 Joining the main route from the Happy Valley loop. 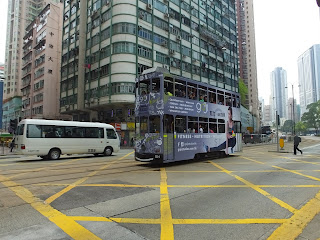 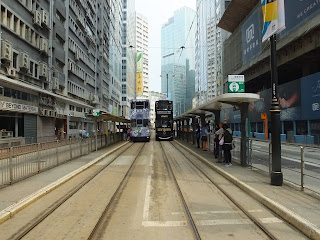 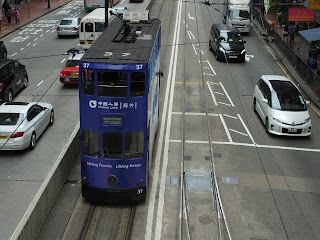 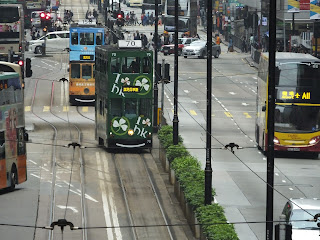 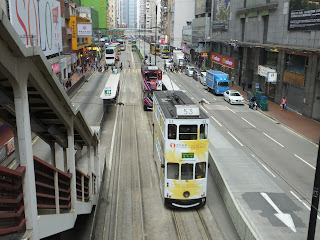 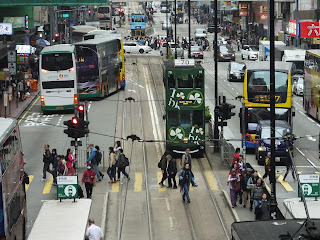 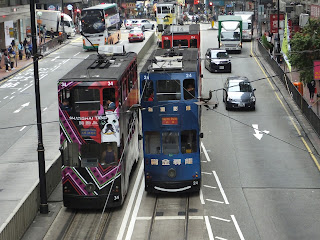 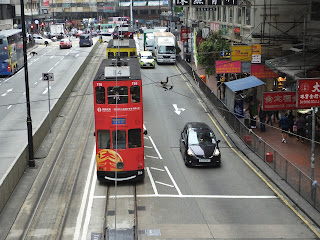 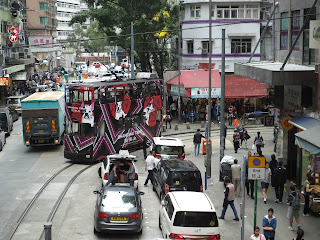 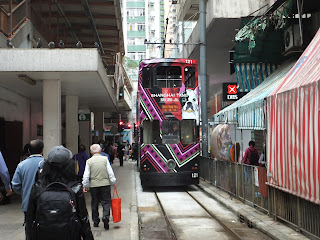 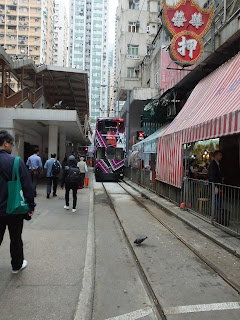 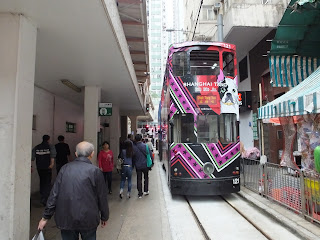 Back from my first ever trip to Asia, a week in Hong Kong. Going eastwards means you get the jet lag ON the holiday, rather than when you get back, and it took a couple of days to regain normality!

There are of course many attractions in Hong Kong, not all rail based, and we visited Disneyland (tiny compared to Orlando) and made a few other touristy trips.

The tramway was just one block away from our hotel. The tramway runs on Hong Kong Island, across the water from Kowloon. It's 3 feet 6 inch gauge and the entire route survives. There's one long main route, double track throughout, together with a one way single track route via Happy Valley, a one block 'branch' to North Point, really a reversing loop, but through one of the more interesting streets in Hong Kong, and an even smaller reversing loop at Western Market.

The entire route is urban, with high rise buildings on either side. All the trams are double deckers, very British in appearance and atmosphere, and they rumble along old school style! It's not a quick way of getting around, but it's a lot less crowded than the Metro and any journey is just HK$2.3 (23p in March 2018!)

There are only three tram systems in the world that still use double deckers, the other two being Alexandria in Egypt and Blackpool.

The one development I'd like to see is a new route linking the Star Ferries terminal and the bottom station of the Peak Tramway. Hong Kong has invested heavily in a new light rail system in it's north west corner on the mainland, which carries nearly a million people daily, so it's not an impossibility.

Posted by Steve Sainsbury at 09:12 No comments: