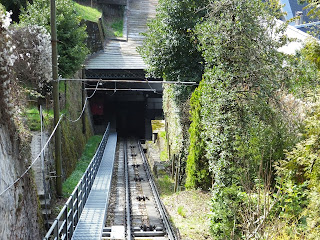 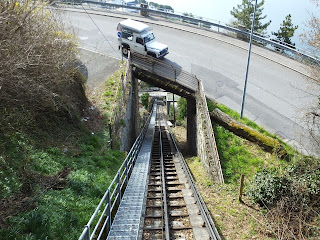 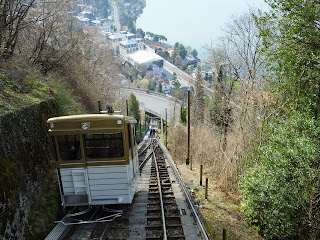 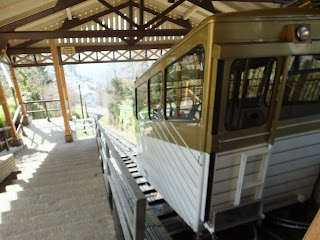 The funicular trip to Glion 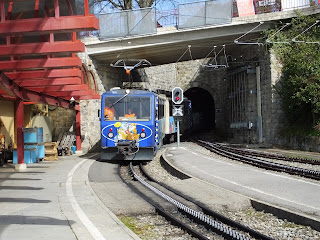 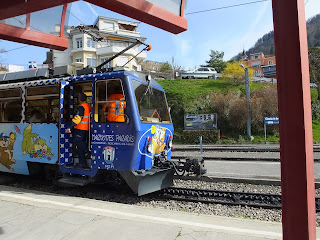 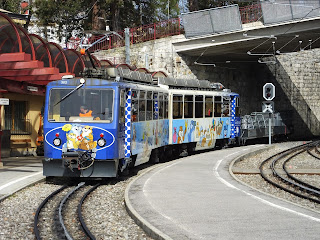 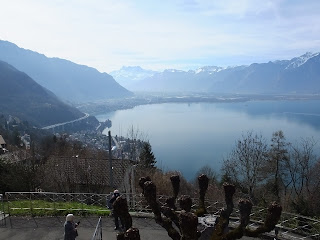 The view from the Buffer de Gare 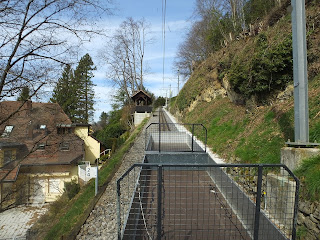 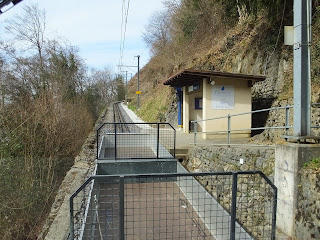 The trip down from Glion to Montreux 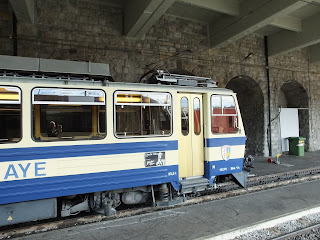 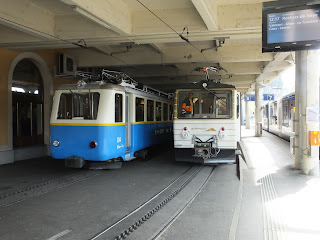 We just spent a brilliant 3 days in Montreux, on Lake Geneva. On day one we did a short trip up the mountain, all was free using the City Card you get from the hotel. First stage was the short ride to Territet, although we could have gone by trolleybus. Then under the SBB station to the adjacent by separate funicular station. The funicular was waiting (there's one every 15 minutes) and we were soon climbing up the mountainside. The funicular station at the top (there is one intermediate station) was right next to the railway station. We quickly found the Buffet de Gare and spent nearly an hour there with cakes and beer before catching the next rack train down the mountain. After a nice run through the hillside old town of Montreux we reached the main station at Montreux. From there we had the choice of local train back to Territet, the trolleybus or a walk back. We chose the latter. In season there is also the option of a boat back to Territet pier.

All in all a nice two or three hours in unusual warmth and bright sunshine.

I took my very first Swiss photo back in Montreux in 1975. Rather than staying in a lovely four star hotel with a balcony overlooking the lake I'd been sleeping on the trains. Rather than a nice breakfast in the Buffet I'd had a loaf's worth of cheese sandwiches in my rucksack to keep me going for a week! Interrailing was fun but could be hard at times! 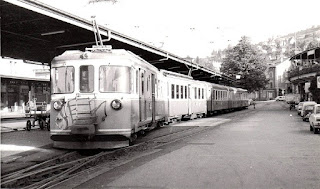 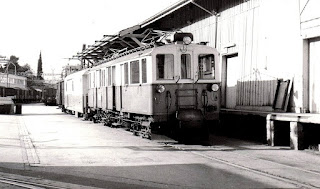 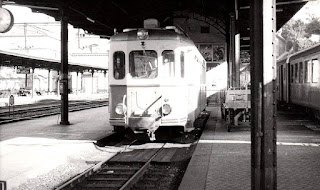 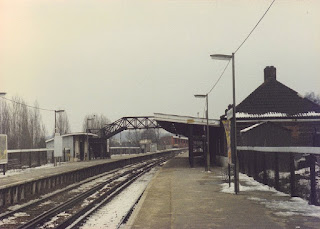 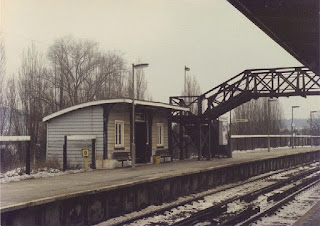 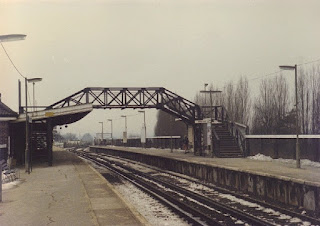 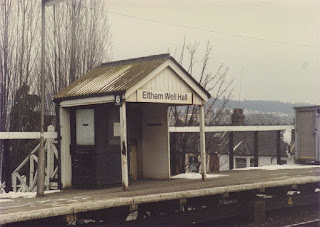 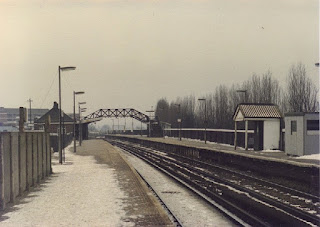 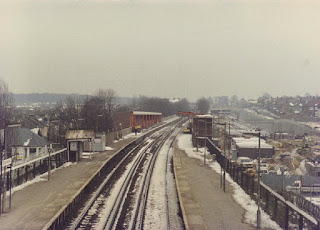 The replacement Eltham station in the distance. 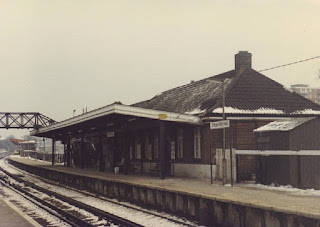 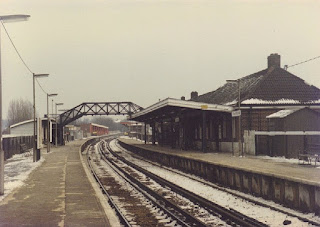 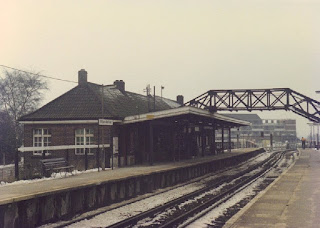 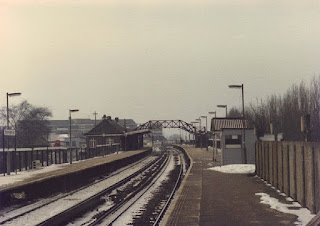 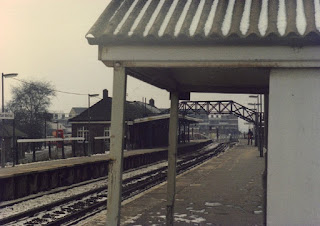 Eltham Well Hall opened on 1 May 1895. There are no traces of the station left.

I visited the station just five weeks before closure on a bitterly cold day with snow on the ground. Work on the new station had progressed well, the new station being immediately to the east of Well Hall. Unfortunately no trains passed through whilst I was there!
Posted by Steve Sainsbury at 06:09 No comments: