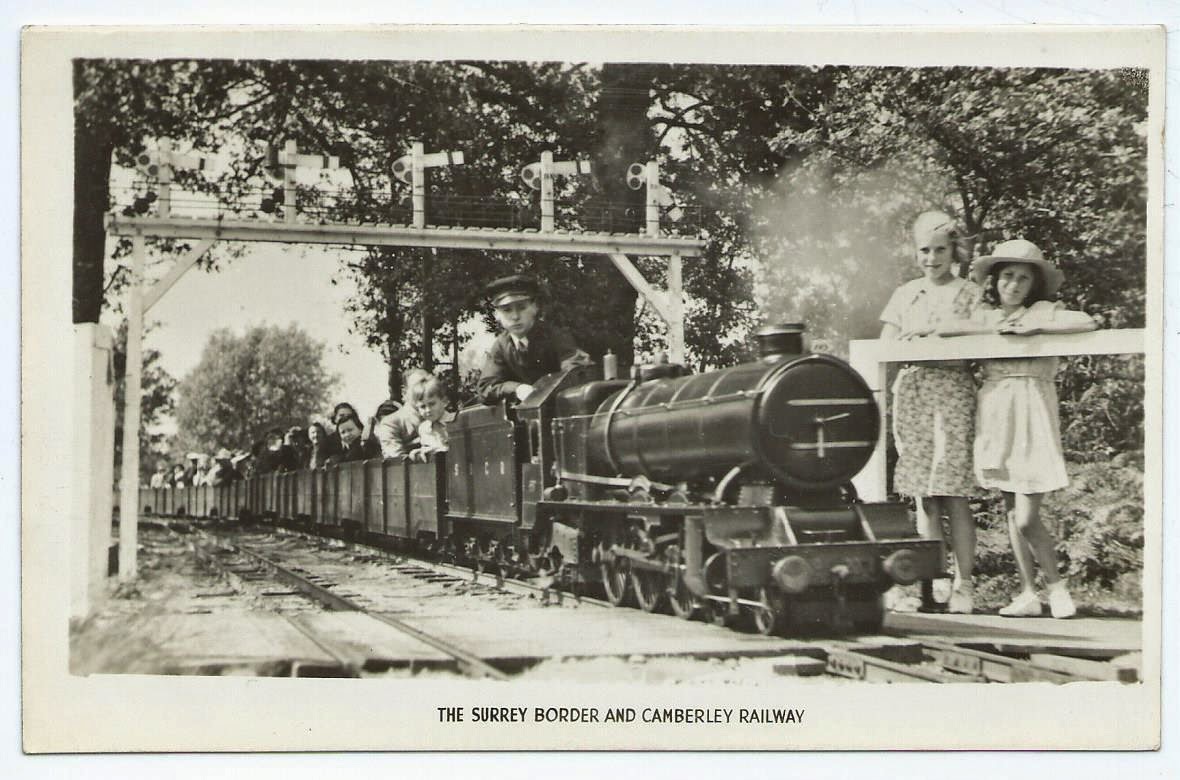 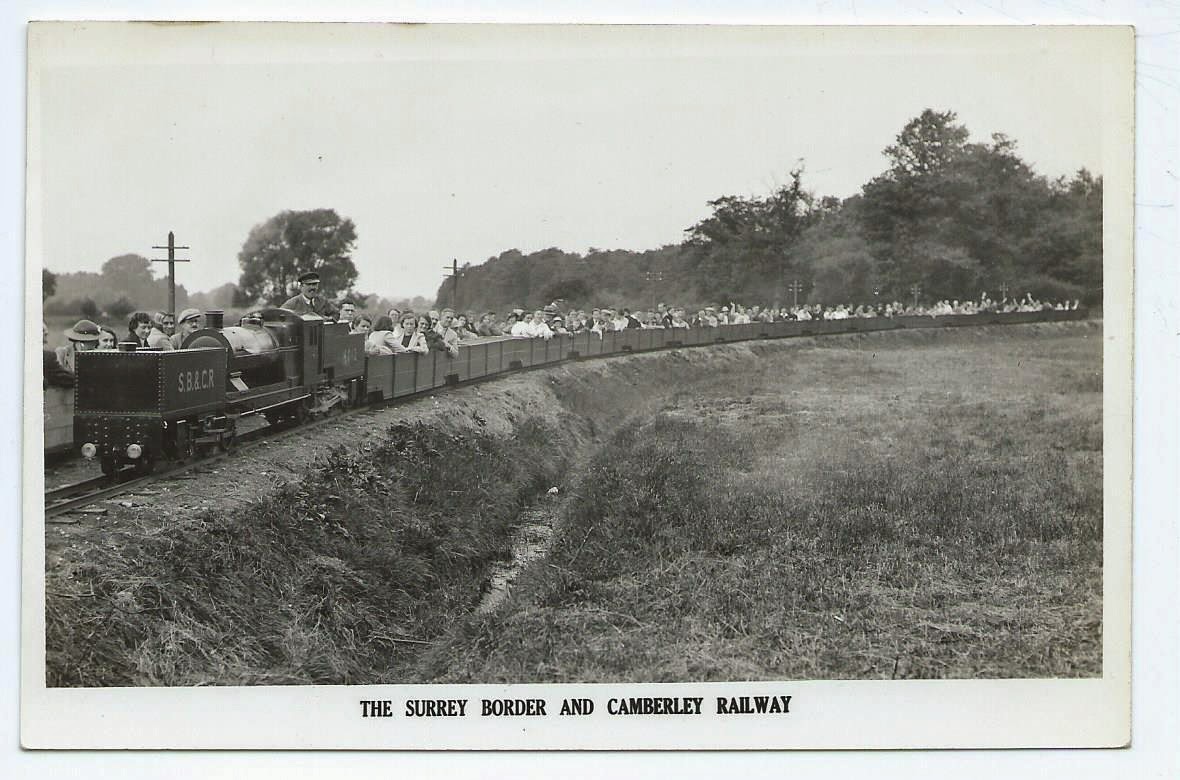 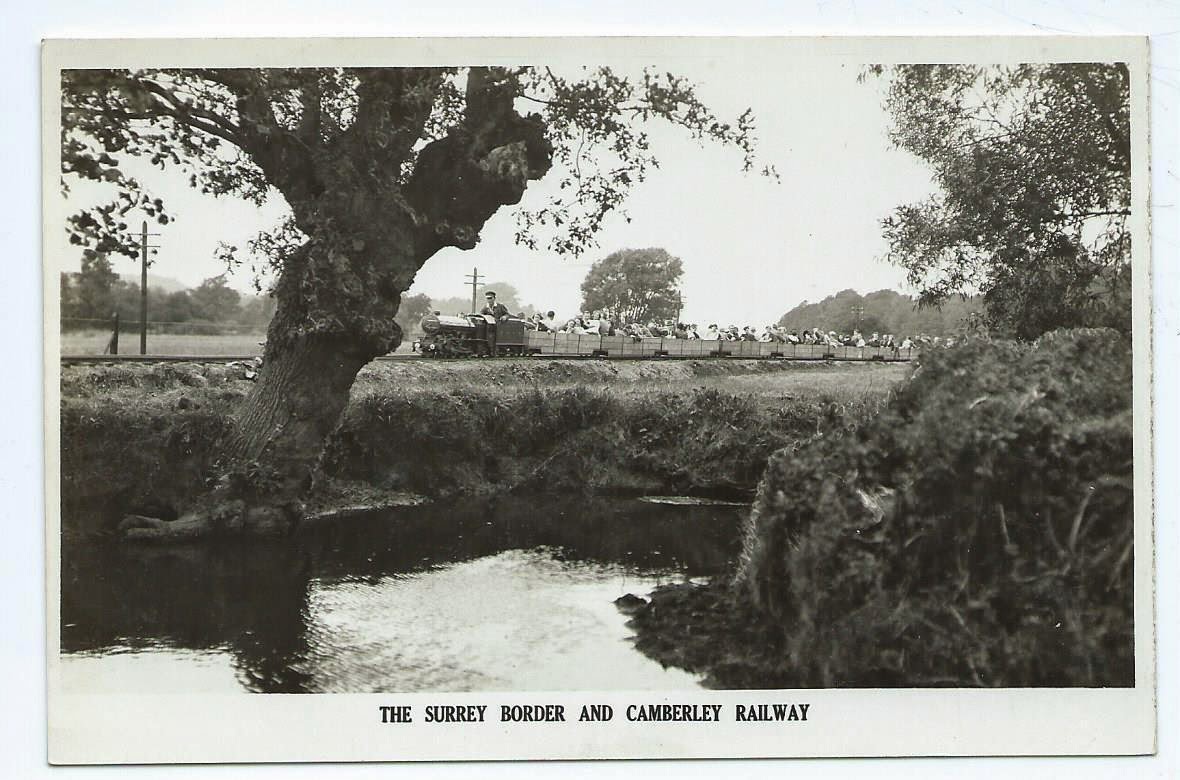 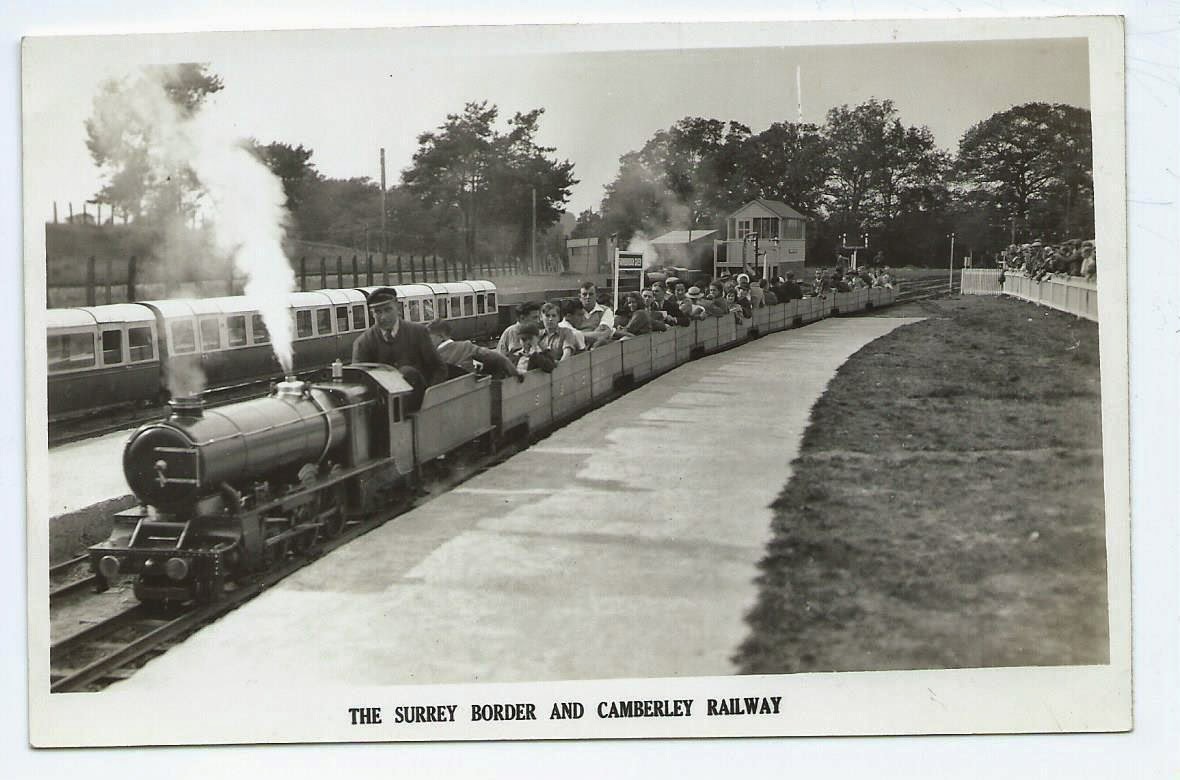 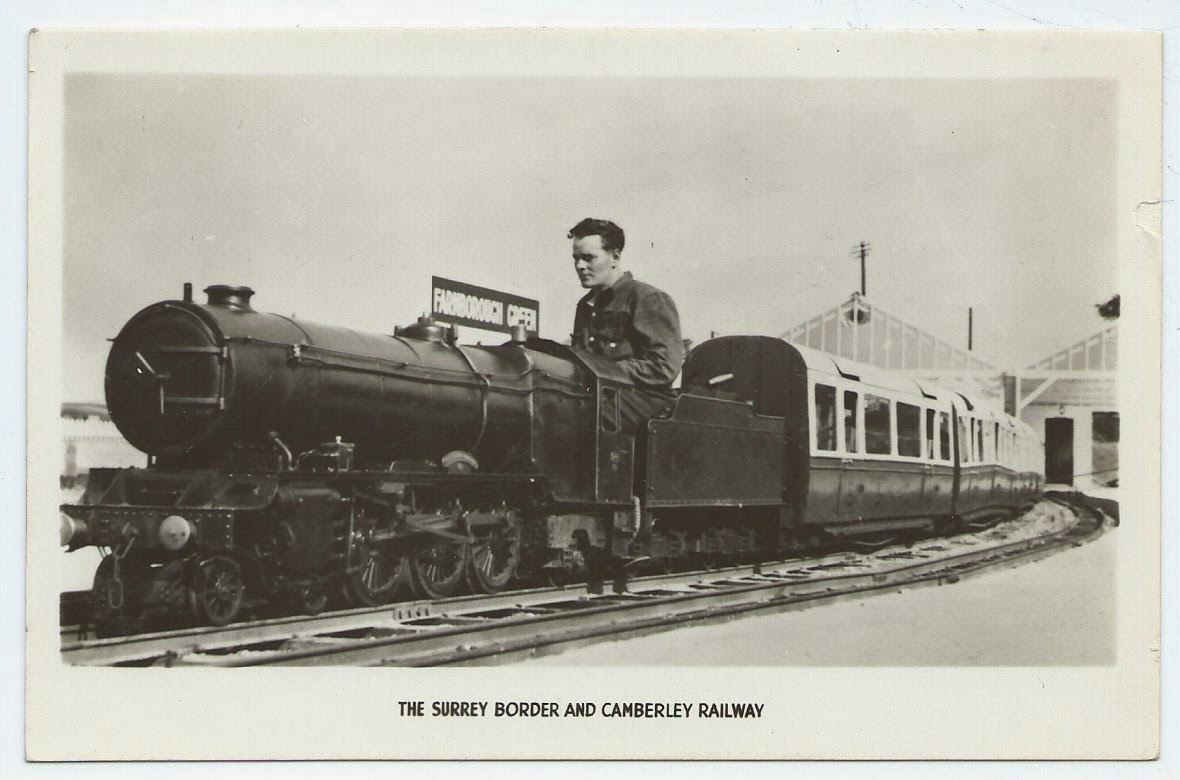 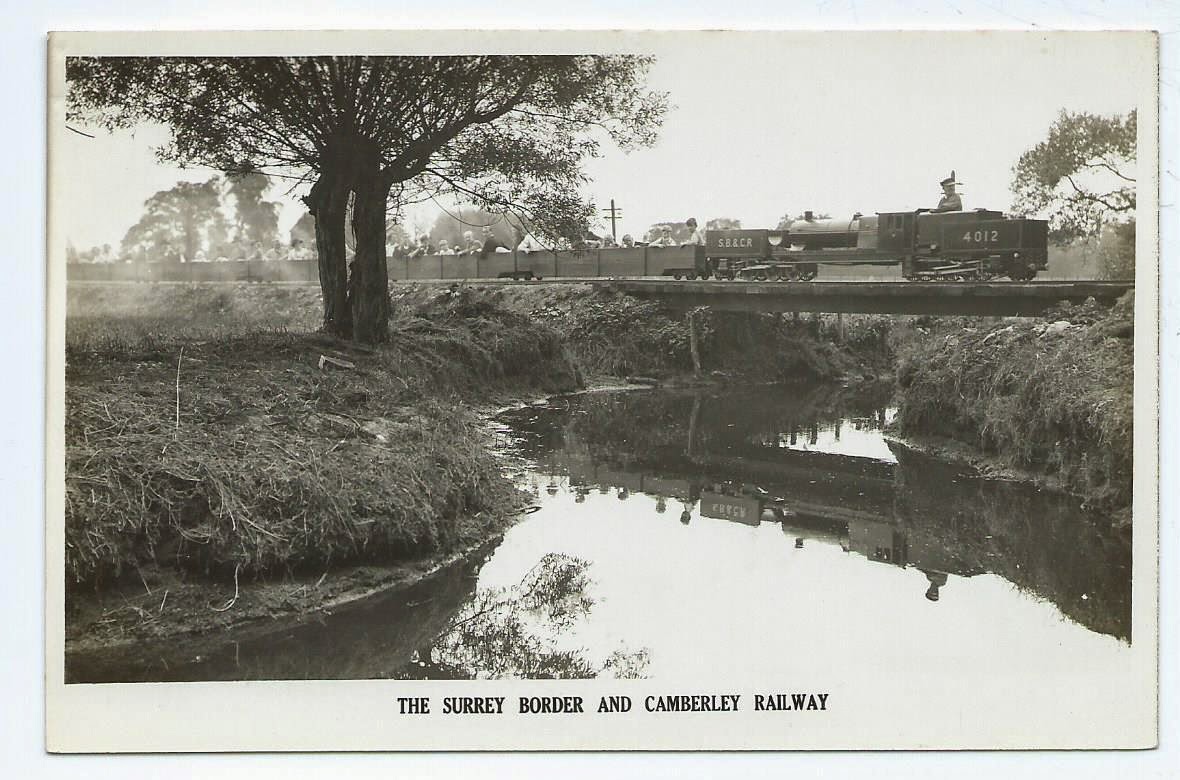 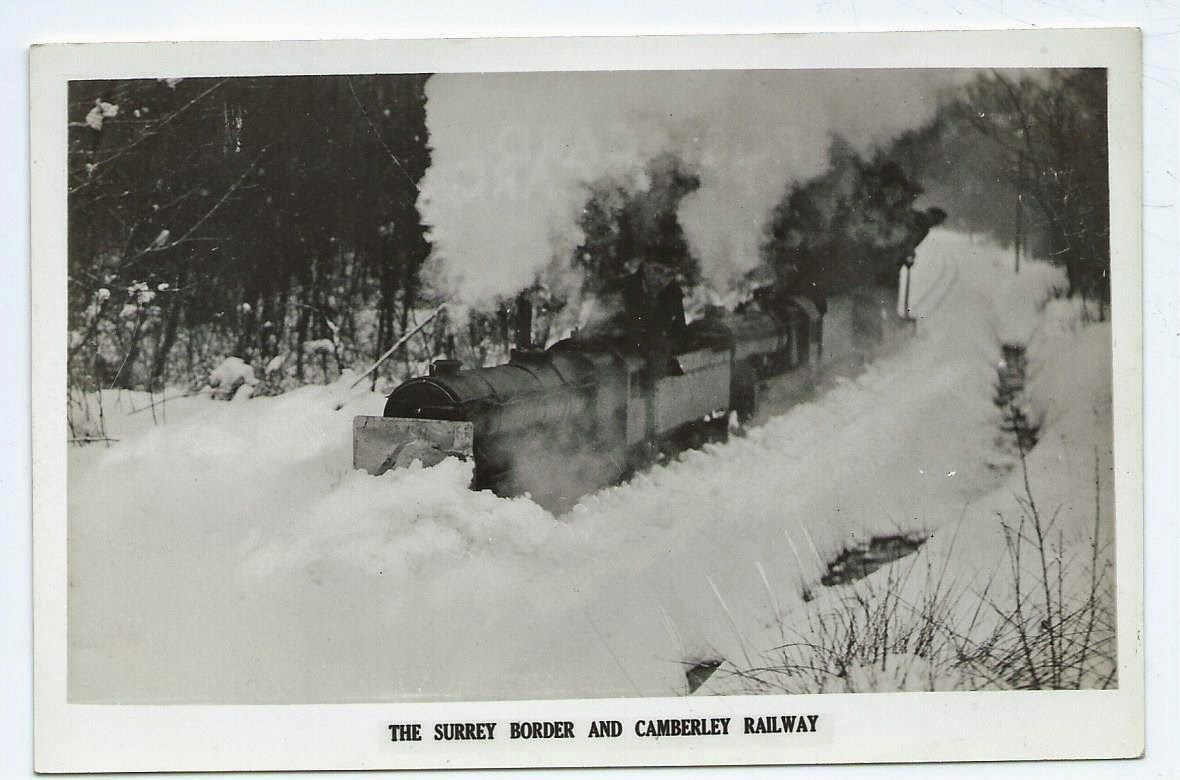 When I first started to take an interest in railways I quickly found that, even in pre-internet days - there was loads of information available, certainly on railways in Britain.

A few lines were a little more difficult to find information on. That hydro-electric line up in Scotland, the Rye and Camber, some of the Welsh NG lines.

The SBCR was in a different league! I'd heard about it of course, there were even rumours that an ex-SBCR loco was running on the miniature railway less than a mile from my house. But real hard info was scarce. Had it really only been open for a year? Did it really have stations with overall roofs, double track and enormous debts? Did the war close it? Was there anything left (in 1970)?

Forty five years on and info is STILL hard to find on this line. There is a book, which I must try to get, and I suspect everything I want to know is in there. But a comprehensive Google search has ONLY got me this far -

'This interesting passenger carrying 10.25 inch gauge line.....recently changed its name to the Surrey Border &Camberley Railway. It will be recalled that the Farnborough Miniature Railway was built in some fields close by the road between Frimley and Farnborough. In the spring of the present year it sold the whole of its assets to a new limited liability company called the Surrey Border & Camberley Railway Limited, which was incorporated on January 22 last with an authorised capital of £15,000. The staff and management remain unchanged, however, and preserve the atmosphere and spirit of the original venture. A new line has now been built and extends about two miles from Frimley (on the London-Aldershot road) to Camberley, with stations named Farnborough Green, Cove Wood, Watchetts Wood, and Camberley (York Town). This line, which is of double track for the one mile between Farnborough Green and Cove Wood, was formally opened on July 23'

The SB&CR, to which the FMR gave birth, was a truly massive enterprise for a 10.25" gauge railway, which would not be repeated until the latter part of the 20th Century (with the Wells & Walsingham LR). It was a microcosm of a full scale public passenger railway. It ran a distance of more than two miles; was double track in part; was fully signalled; usually had more than one engine in steam; operated to a year round timetable; ran into monumental debt; ended up operating on a shoestring; closed on the outbreak of war; did not re-open afterwards; had a life of little more than a year; and is still spoken of today, in miniature railway circles, in tones of reverence and awe!'

TheI did have a wonderful stroke of luck when messing about on eBay. Somebody was selling a range of postcards, and that's what is illustrating this article! So a little more info is falling into place - any more info will be very welcome!
Posted by Steve Sainsbury at 08:13 5 comments: 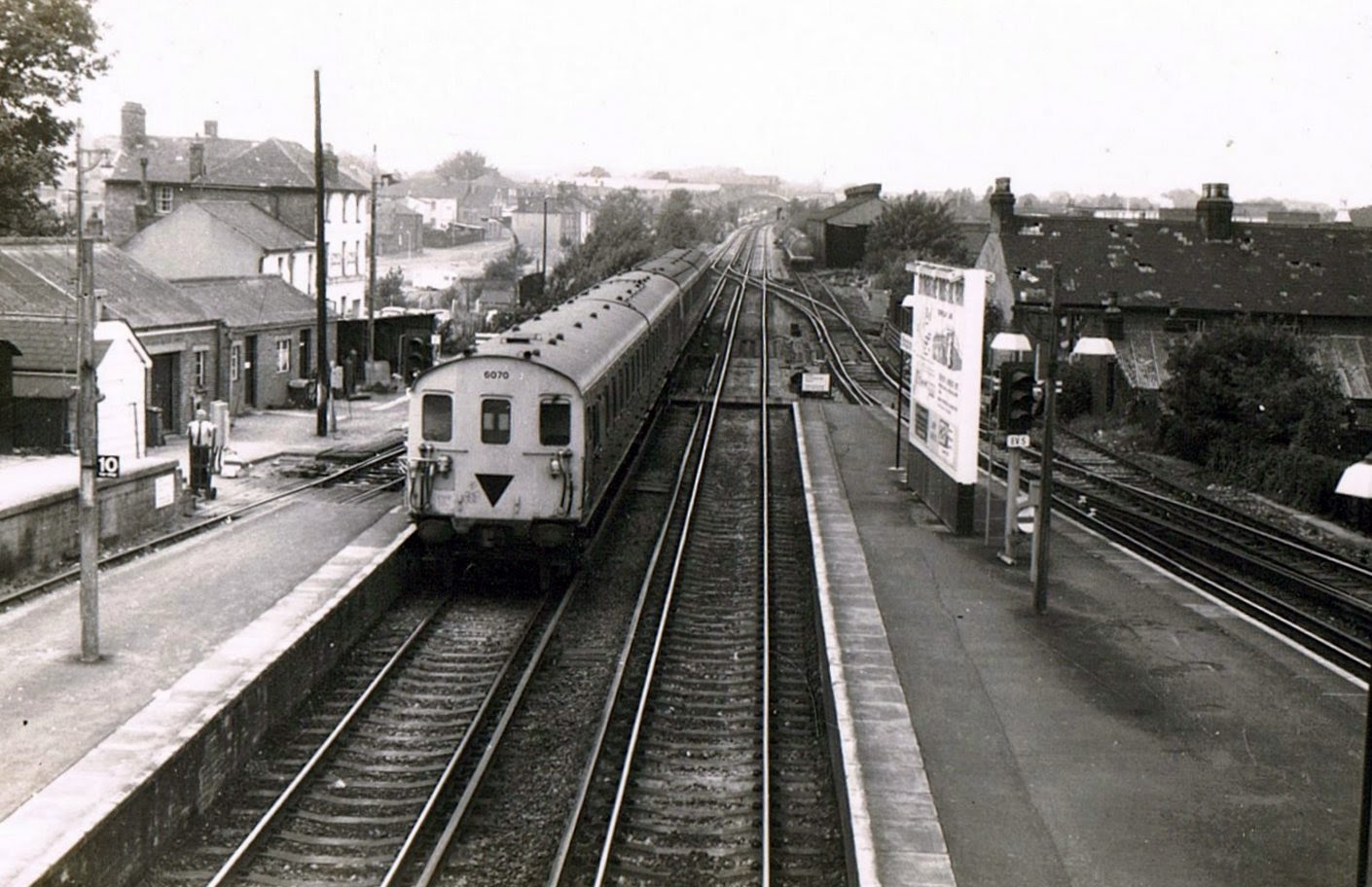 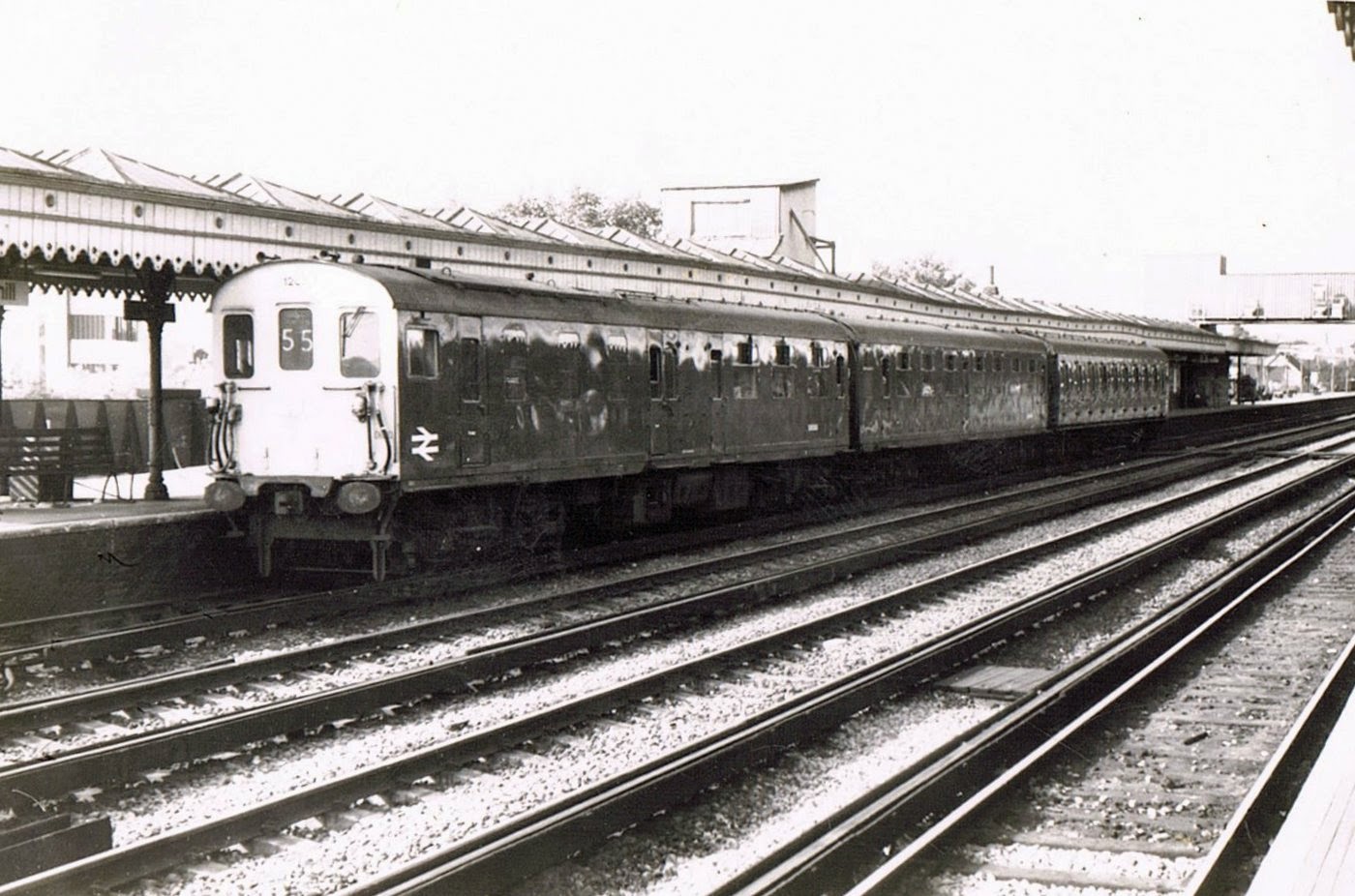 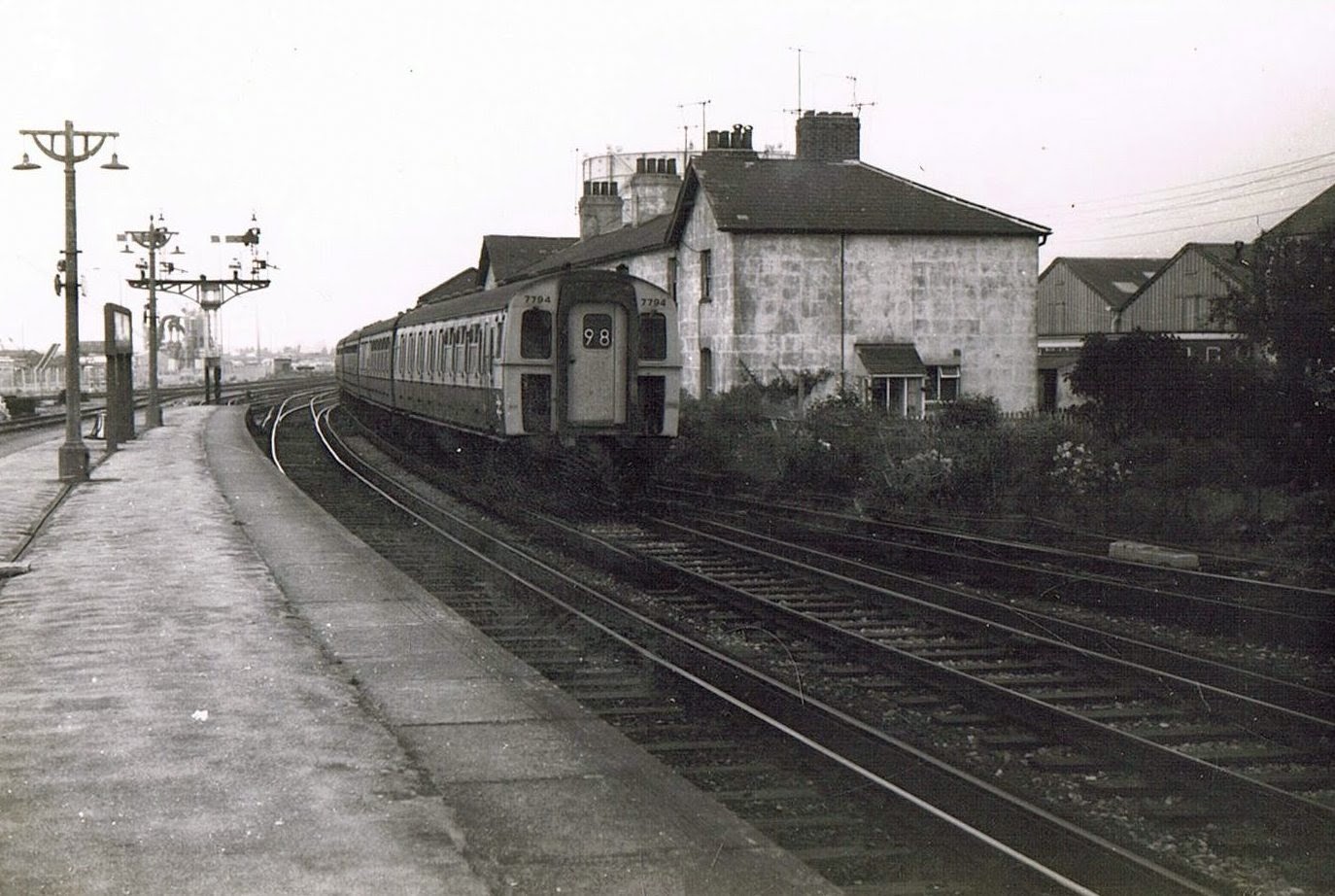 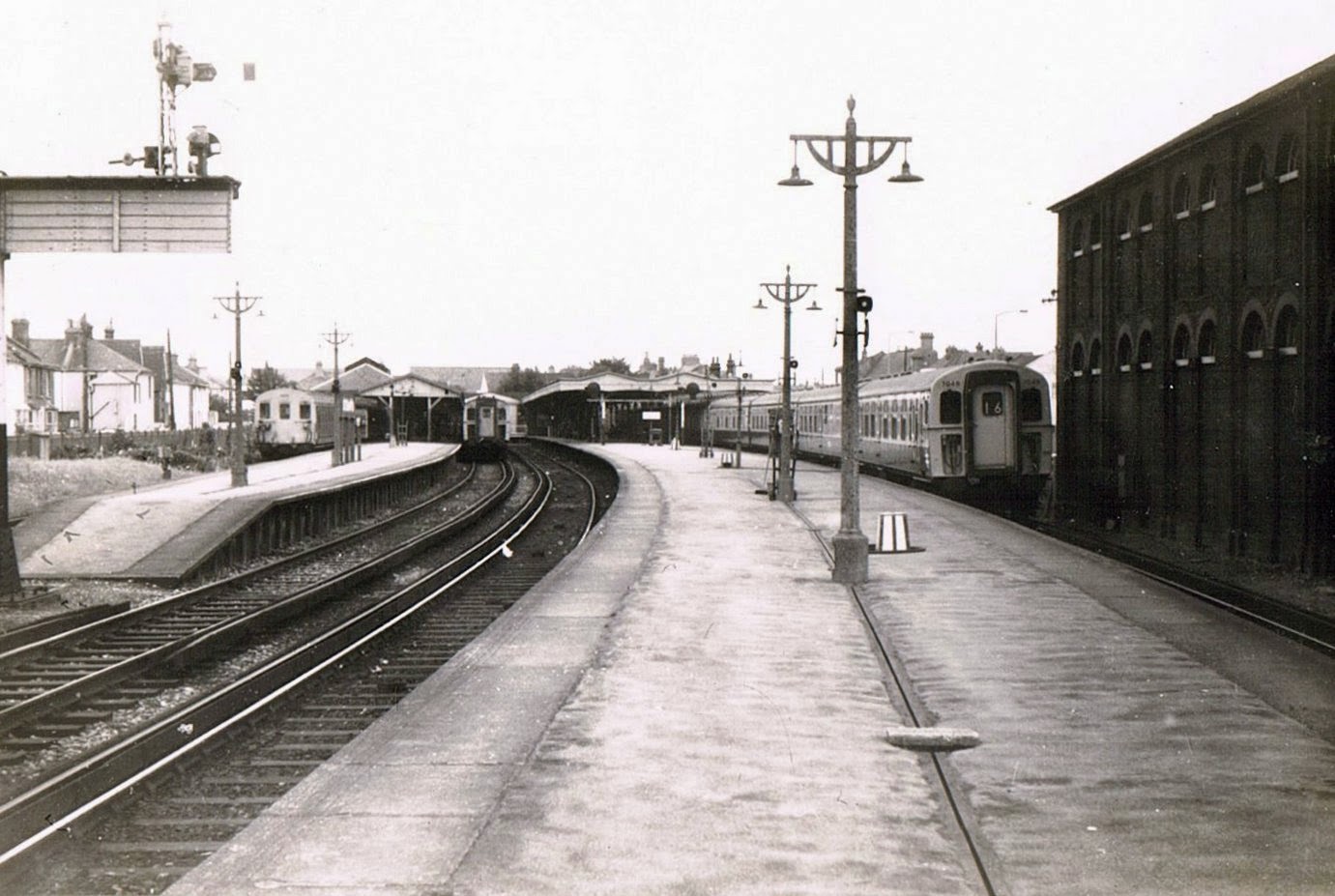 Back in August 1973 I'd just turned 17 and was beginning to explore the rail network in southern England. I think the Rover ticket cost about £15 (well over a week's wages back then!) There were two choices from where I lived in Littlehampton - westwards to Weymouth, up to Yeovil and across to Salisbury or eastwards into East Sussex and Kent.

These were a few shots taken on an eastwards trip over a couple of days. The top pic is Sittingbourne, I'd also covered the Sheerness branch and remember finding a disused miniature railway down by the seafront (no photos unfortunately - film was expensive!), and obviously returned via Redhill as that's where the second picture (of a 'Tadpole' unit) was taken later that day.

The next day I was back at Littlehampton for my onward trip - no doubt more pics will follow as I've found an old album from the attic!

These pics remind me that back in 1973 I was still cross I'd just missed the steam period - ten years earlier and who knows what lines I'd have travelled on and what shots I'd have got? At the same time looking back on these it strikes me just how much has changed since, and also just how much classic steam-era infrastructure still remained. I was lucky in a way that the glamour stuff didn't really interest me (then or now) but rather the everyday, and I hope my pics manage to convey some of the ordinariness of the times. Following on from that I think we should all be out photographing the everyday on our rail network - believe me you won't regret it. Forget steam specials, heritage lines and the obvious locations - your local line will have plenty of interest even now, if you look closely enough!

Posted by Steve Sainsbury at 12:03 No comments: 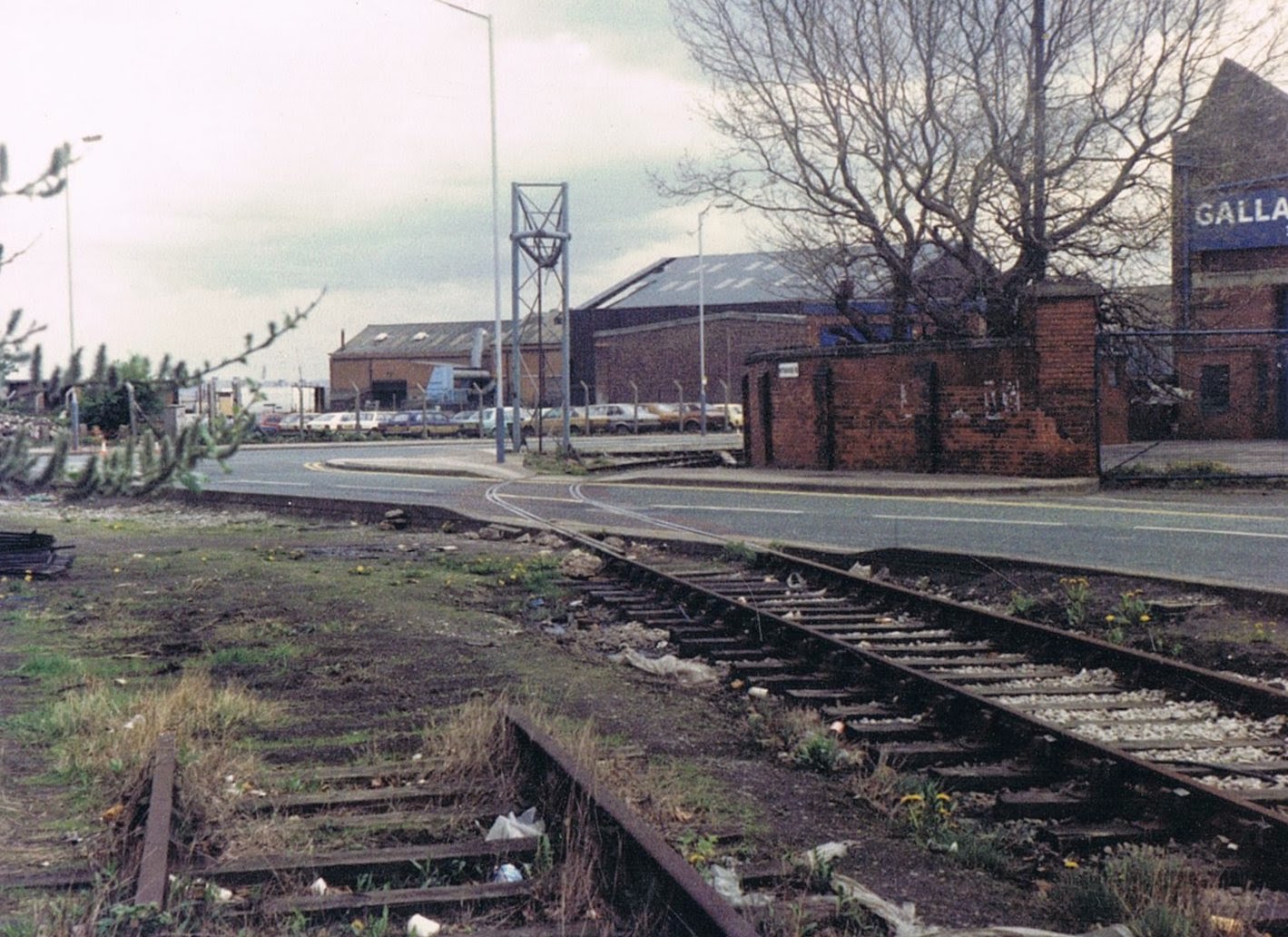 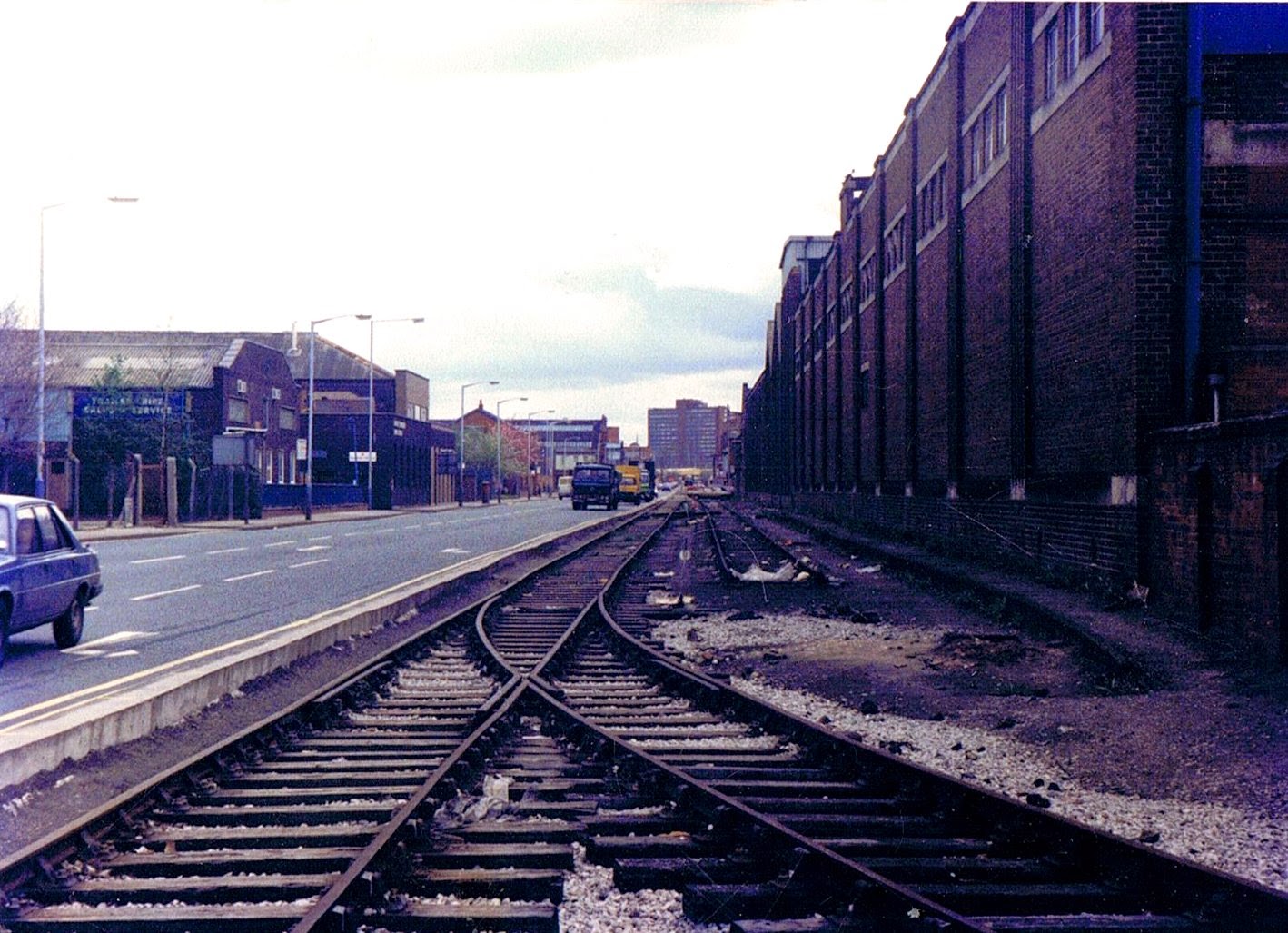 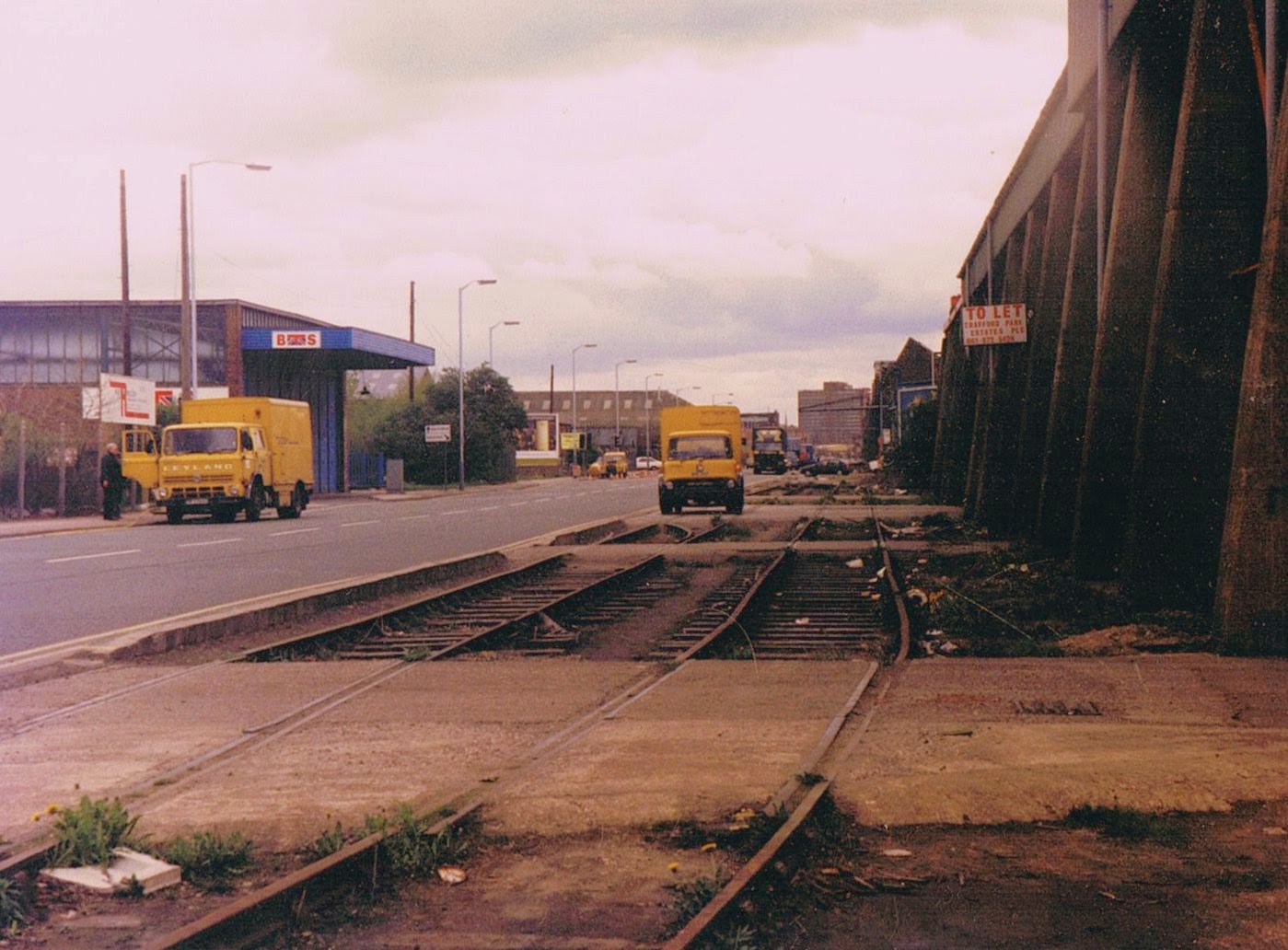 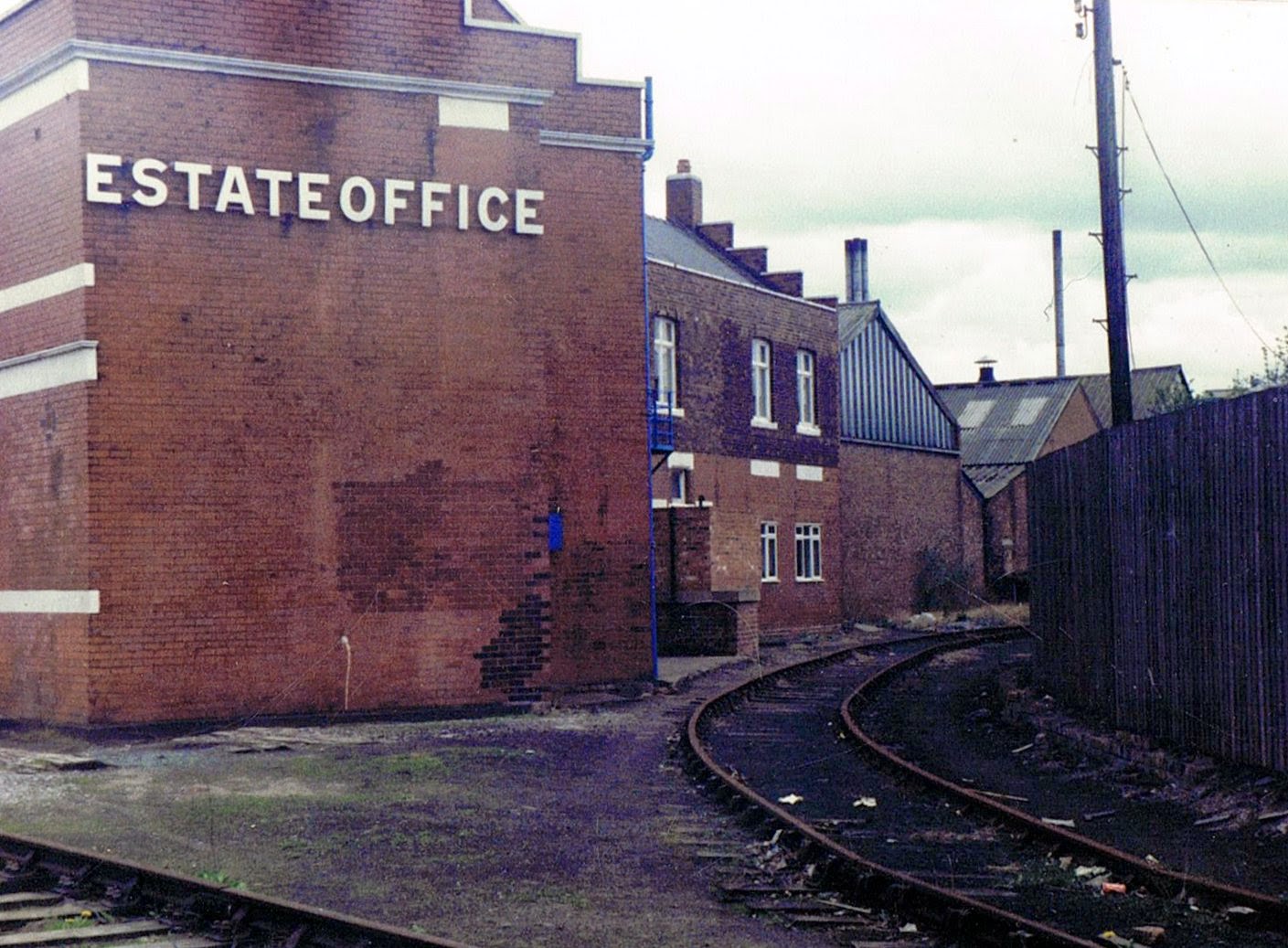 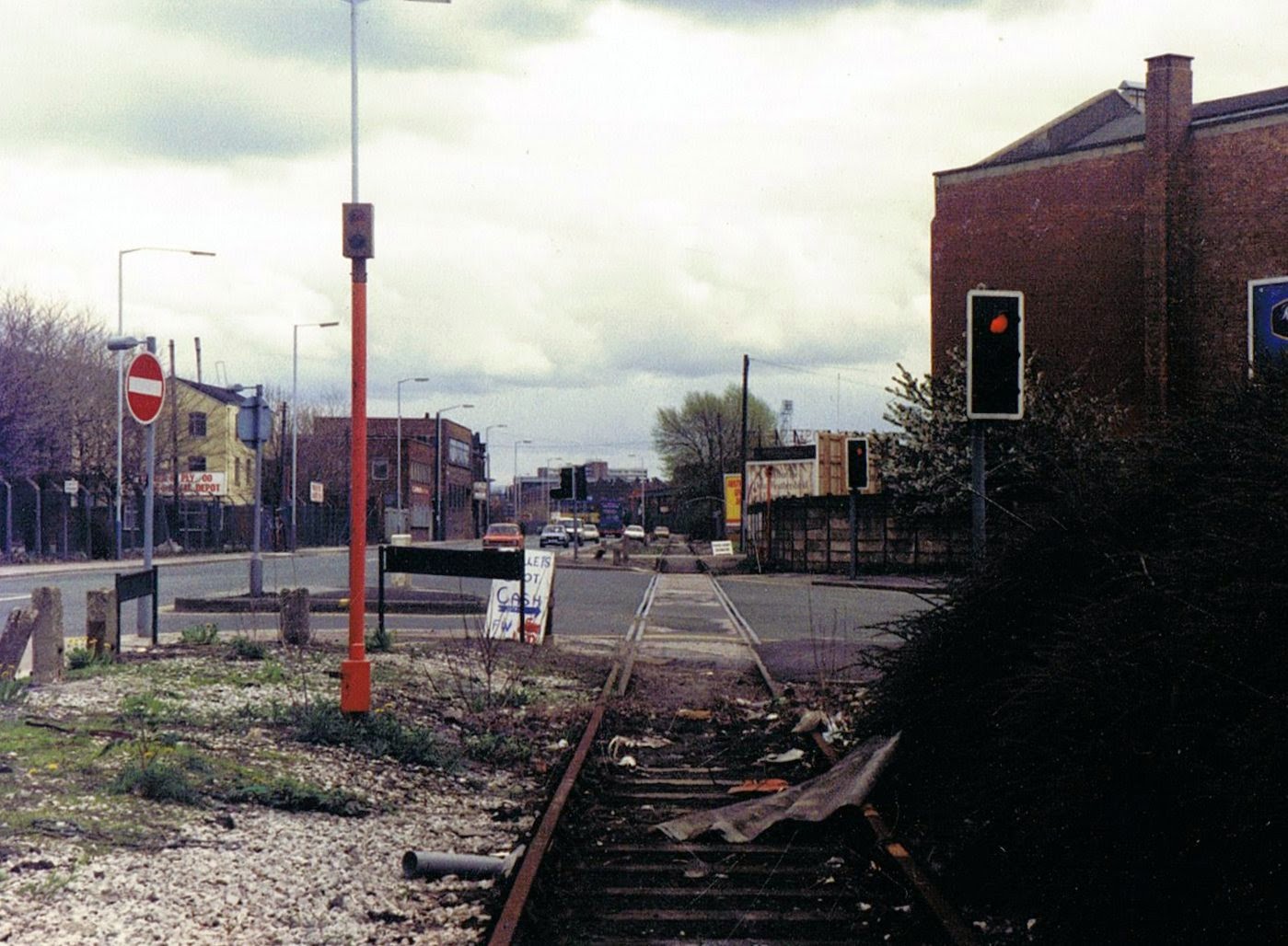 Five more shots from the industrial lines at the Trafford Park Estate in Manchester, taken on 13 May 1986. They all display the rather intimate nature of the mainly roadside route, though signs of disuse are rife as well!

There were at one time 18 miles of routes through the estate. Hopefully the lines will see further use in the future!


Posted by Steve Sainsbury at 13:45 No comments: 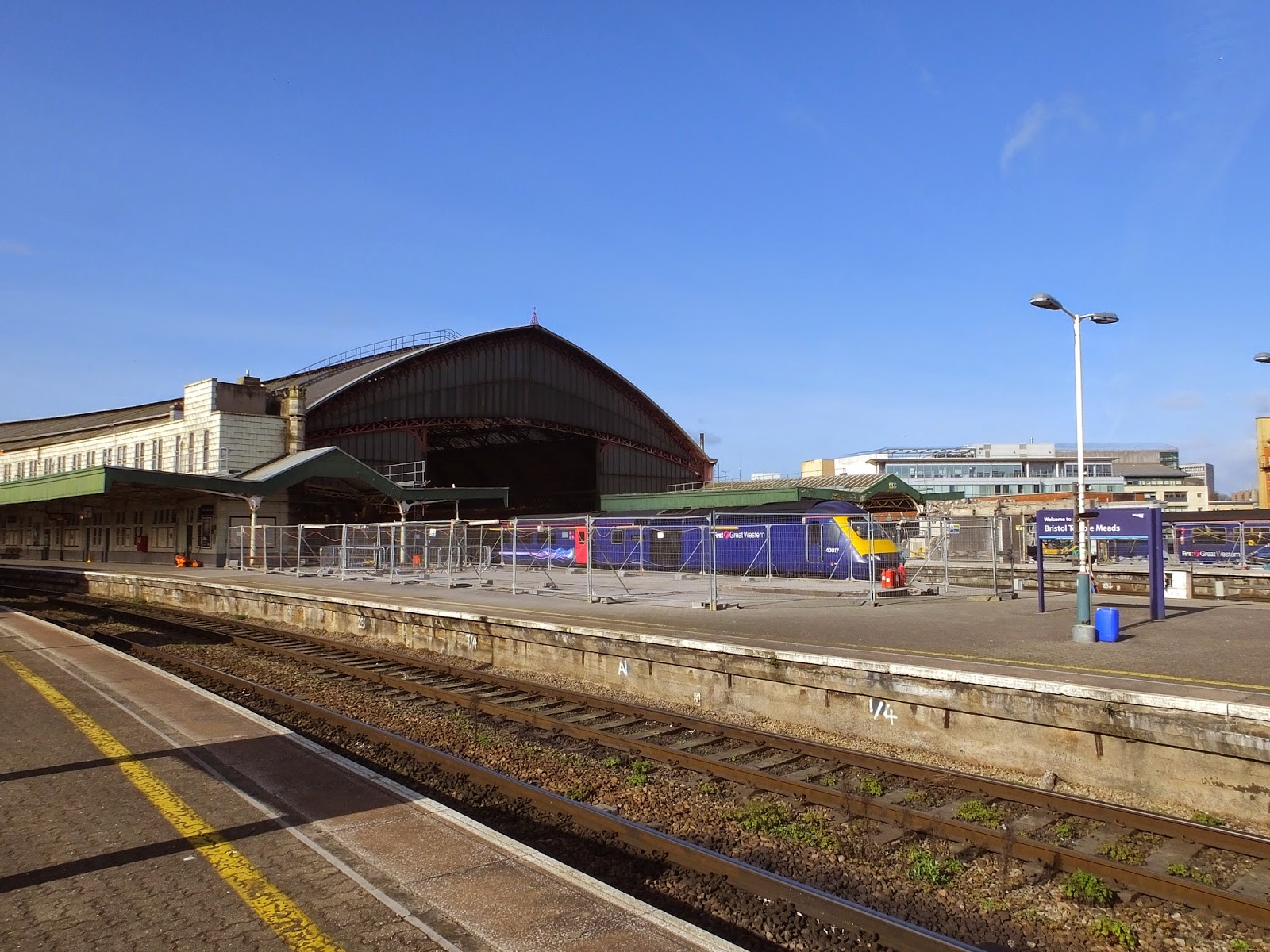 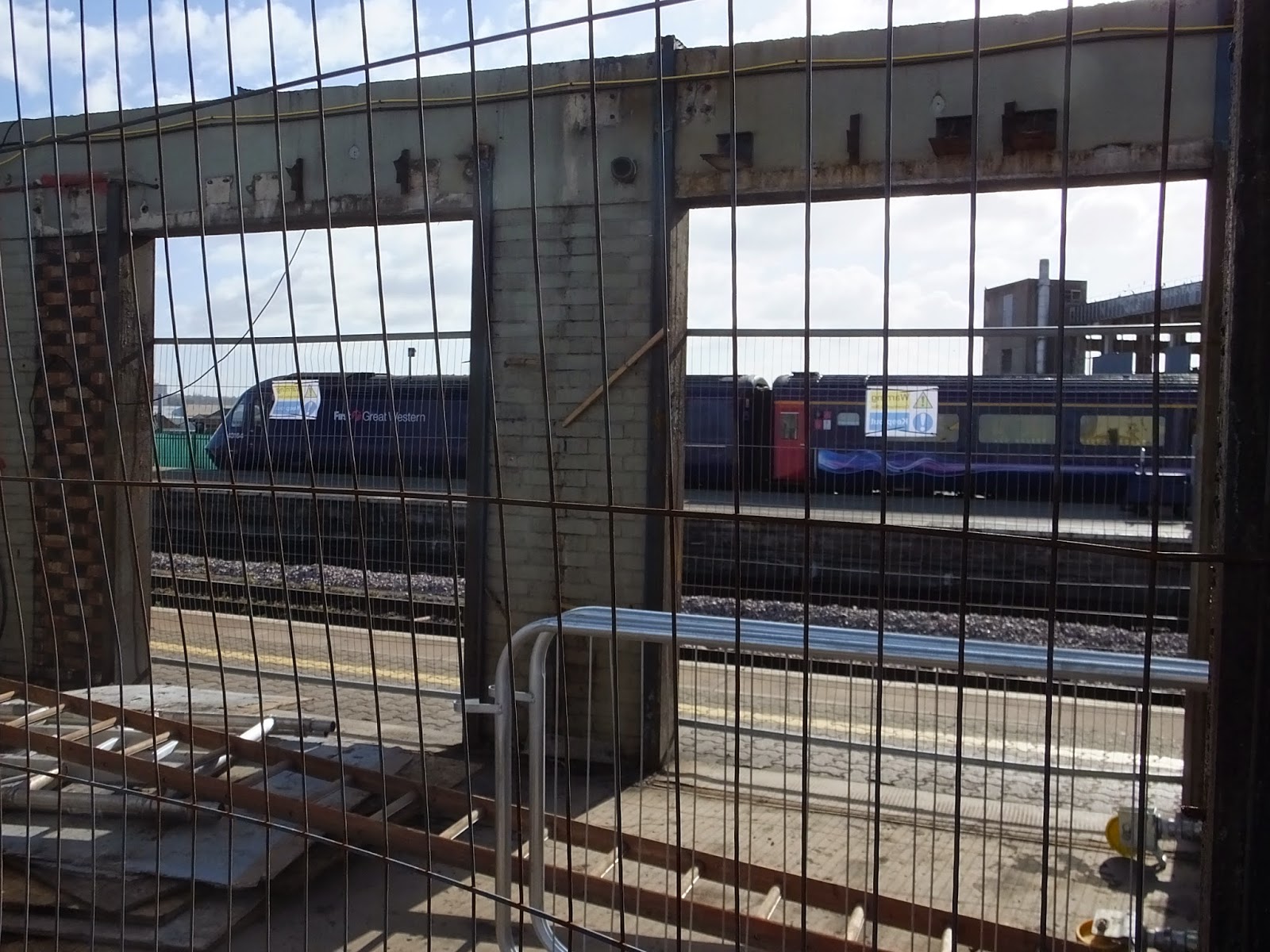 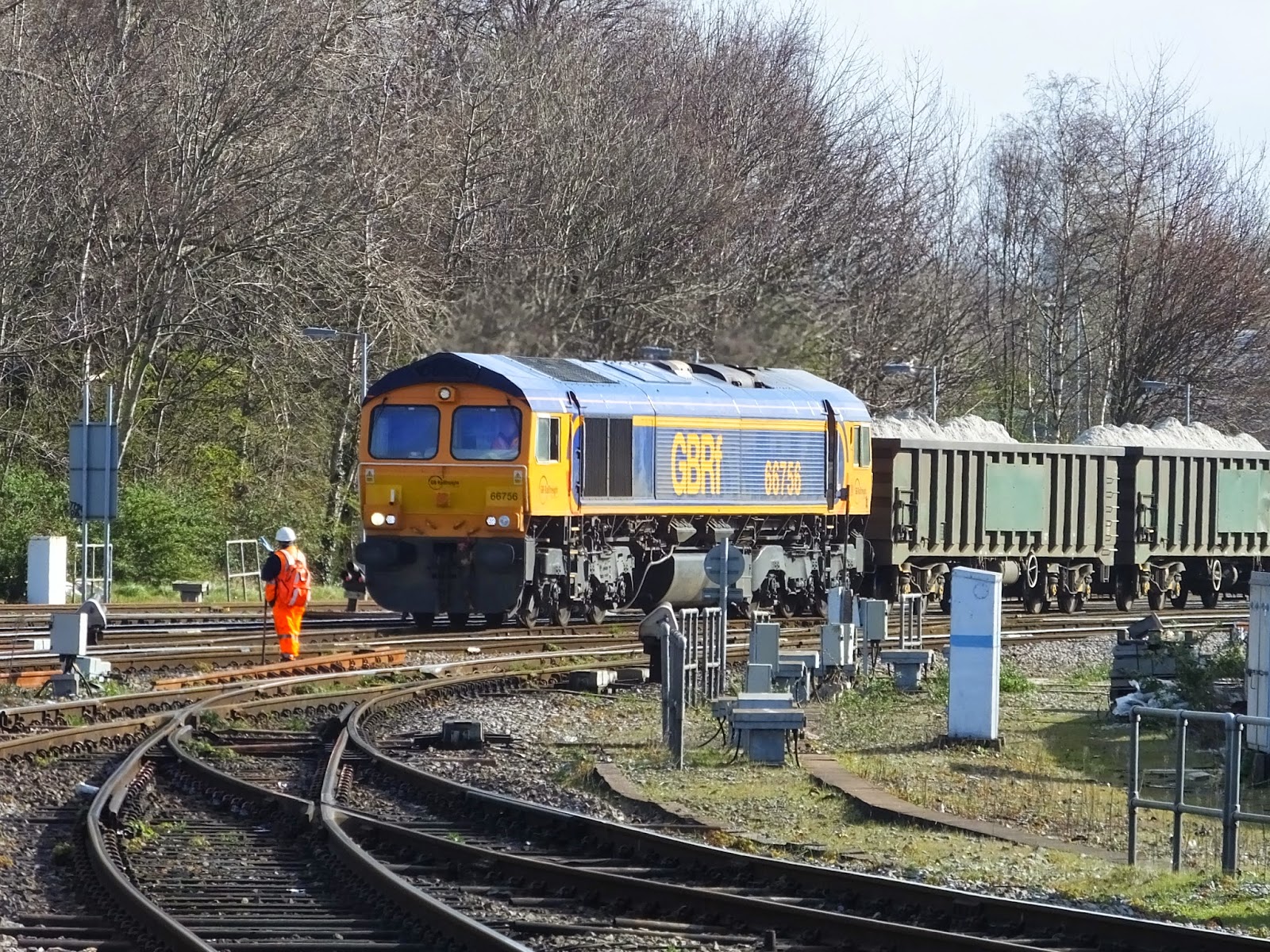 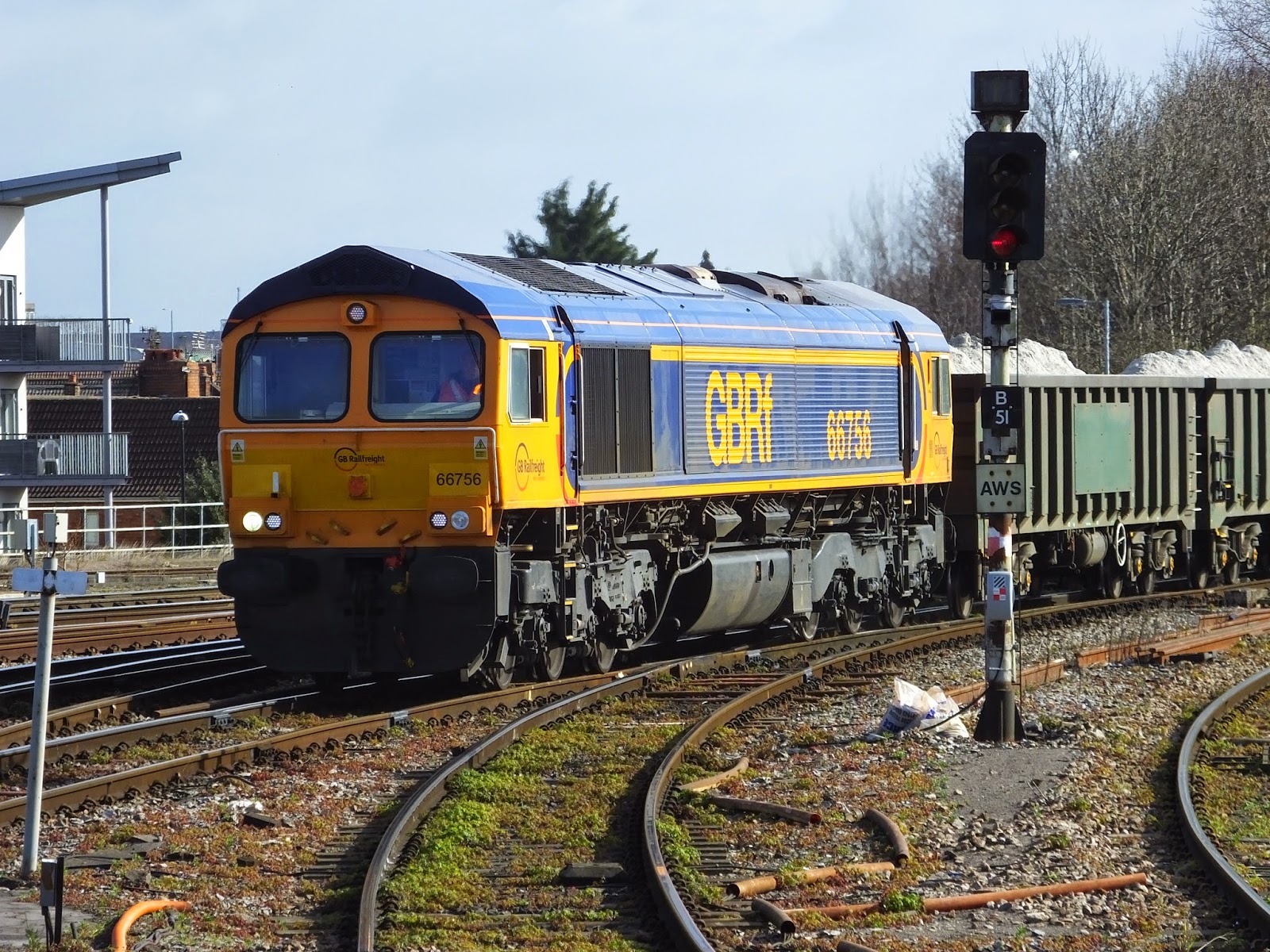 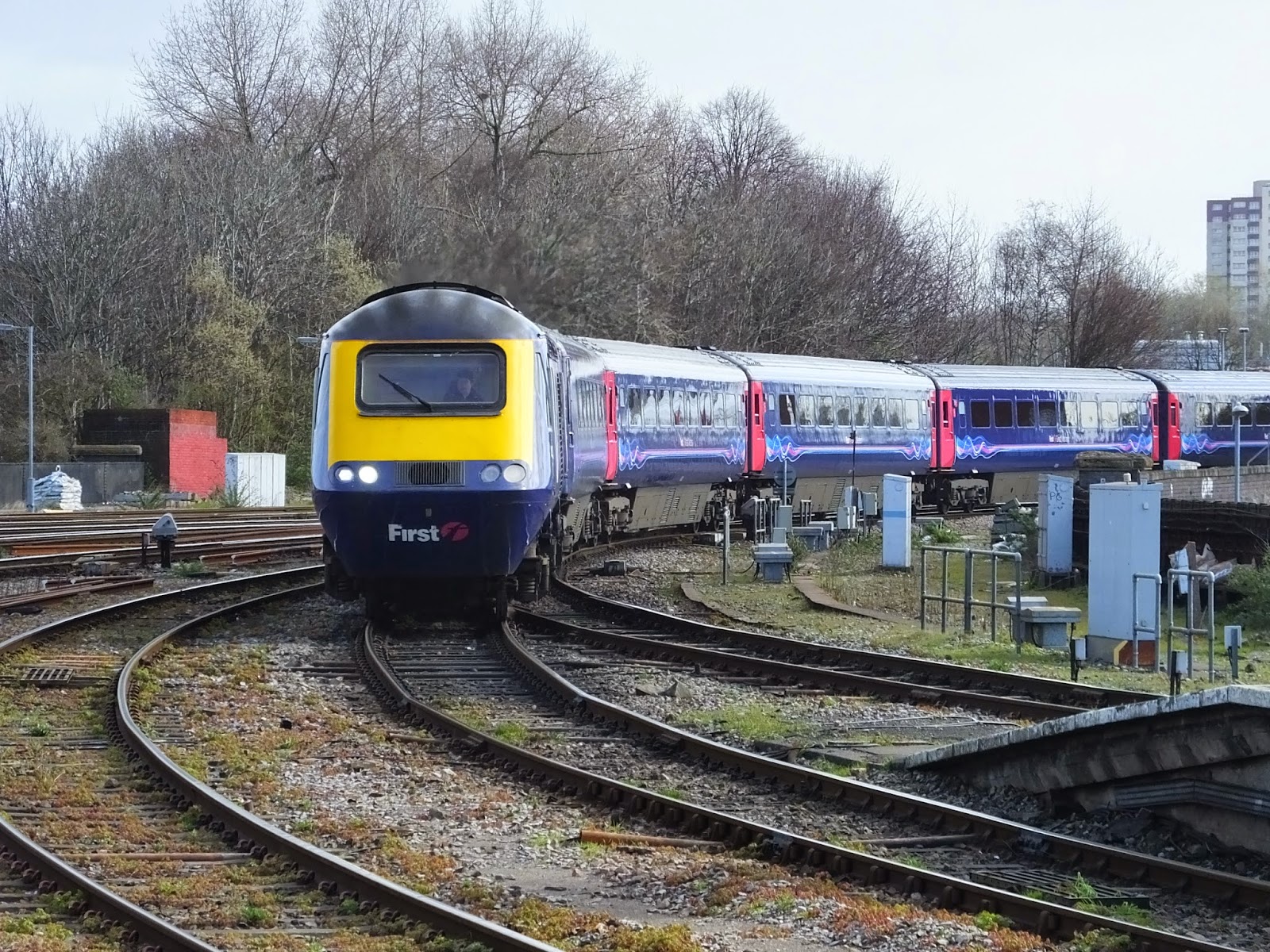 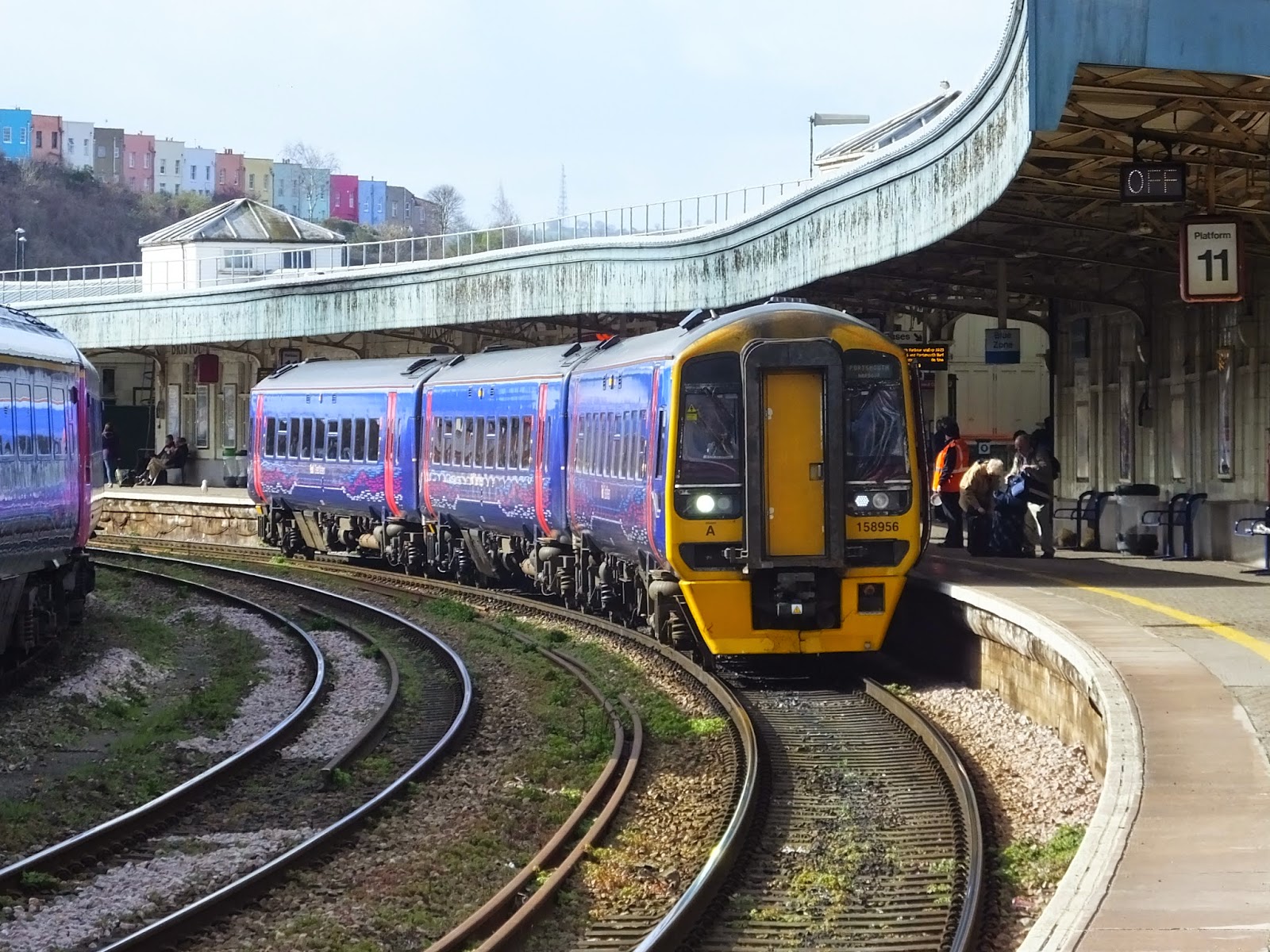 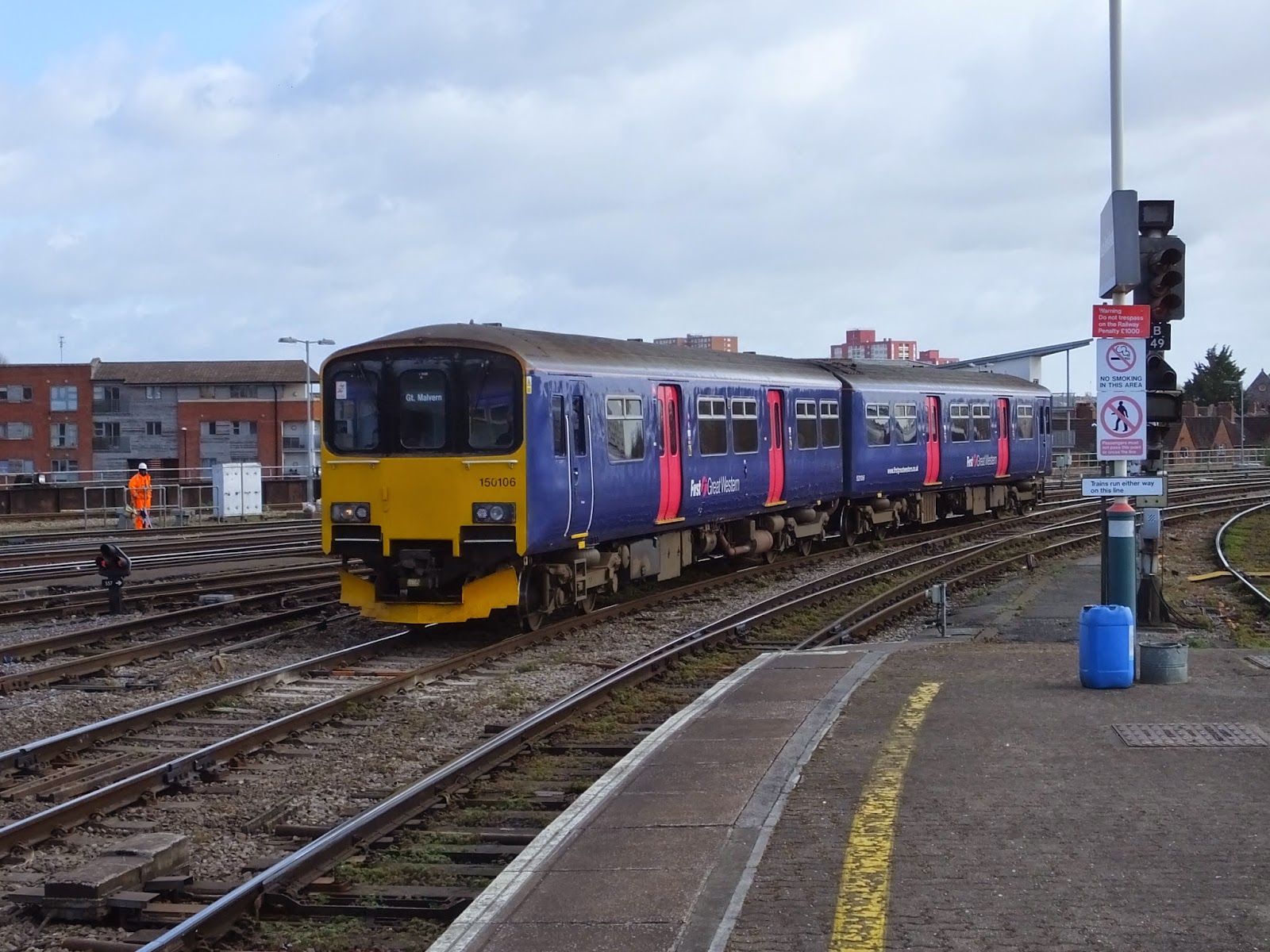 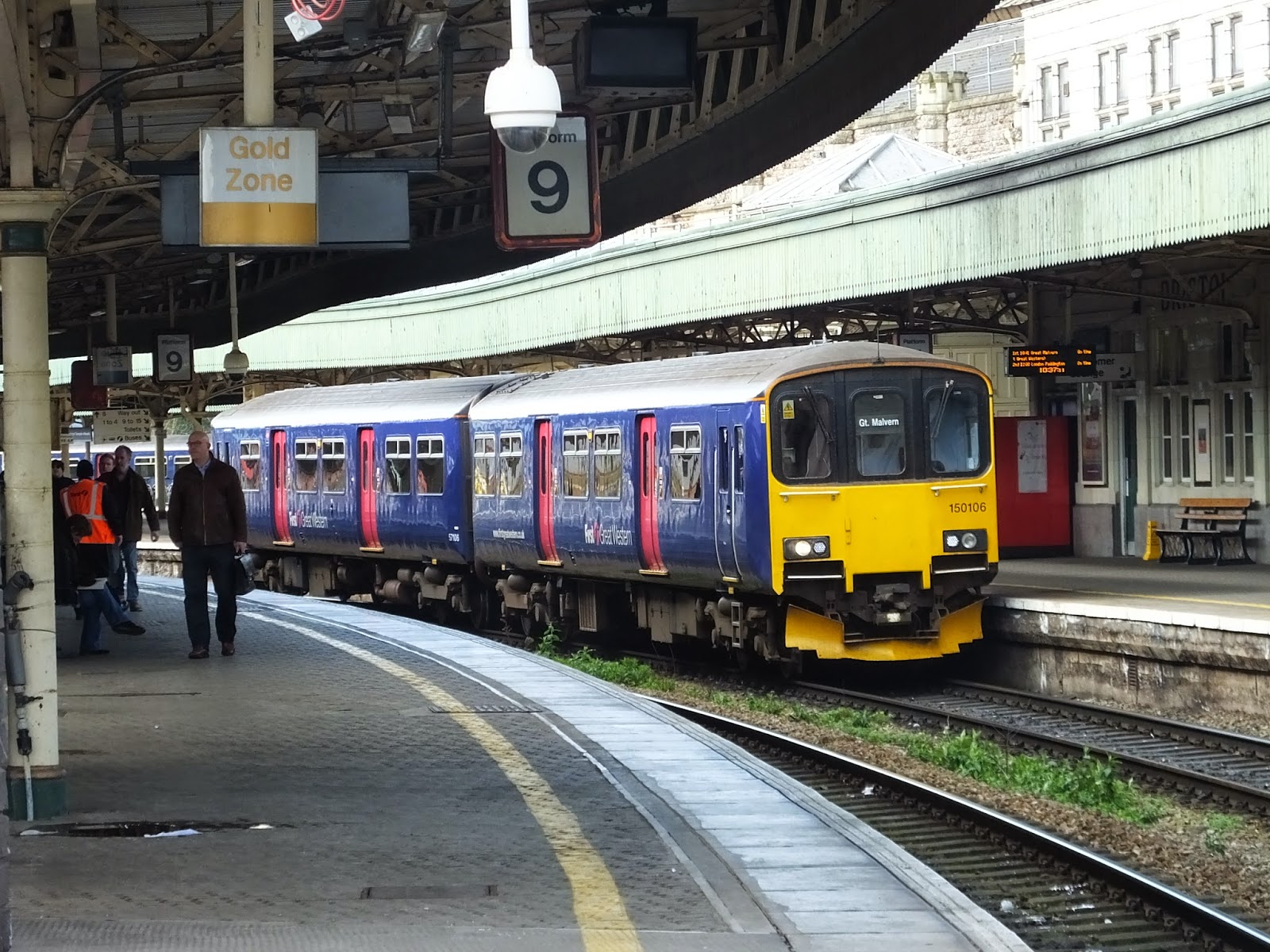 Once a month I get to wait an hour or so at Bristol Temple Meads to meet my son off the train to Sway. He's blind so gets assistance on the trains, and I must say the service is fantastic. He loves travelling by train and gets all over the country. We sometimes forget that the railways are still a service, no matter how much they pretend to be 'just' a business, and they should be applauded for this.

So I get to record the station every time and even in the last six months a lot has happened. The vile parcels conveyor has gone and the towers that it connected are now beginning to go as well. The magnificence of Brunel's roof is now visible from that end of the station. Soon we'll also be seeing the physical signs of the electrification, and then of course the trains themselves. I also understand the original Brunel station, currently a car park, is also going to see tracks relaid, increasing the capacity of the station for trains if not cars!

I even got to see a class 66 hauled train, a nice bonus!

Posted by Steve Sainsbury at 10:51 No comments: