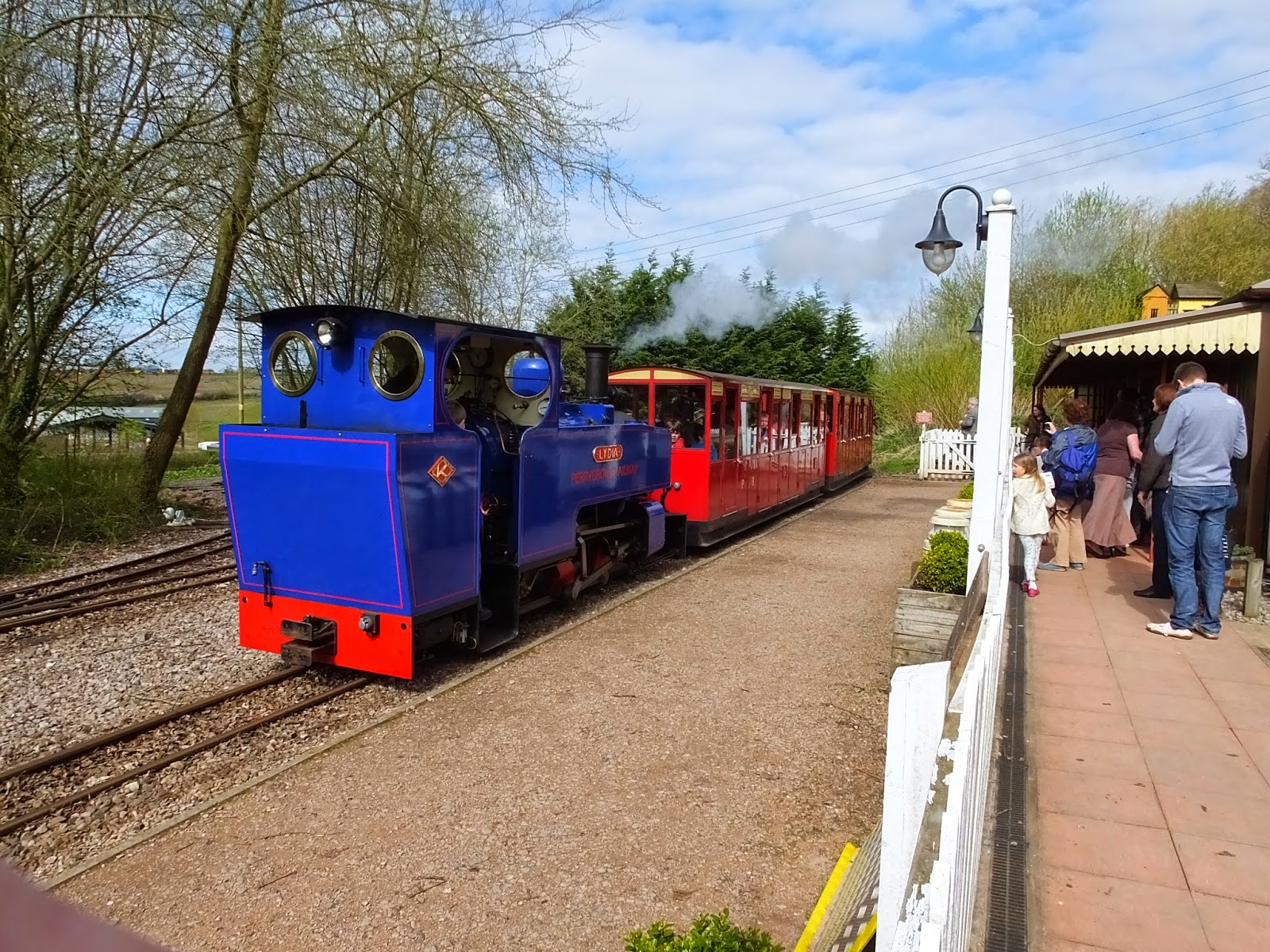 A real secret gem of a line is the Perrygrove Railway which is in the Forest of Dean. This is a greenfield line built on a new site, but has a very special interest in the lines and equipment of Sir Arthur Heywood, the pioneer of minimum gauge railways.

The site is a fantastic place to take the kids and there are loads of other attractions, I can attest the kids love these even more than the trains! Perrygrove takes it's interest in Heywood railways very seriously ans the route has several Heywood characteristics. Gauge is, of course, fifteen inches. There are tight curves and steep gradients, as well as neat stations (four of them in 3/4 of a mile!) Trains stop at all stations by request, and you can use the line to access all parts of the site. The trip seems long but because of the sinuous nature of the route the two termini are only about 100 metres apart as the crow flies!

At Perrygrove station there is a very interesting Heywood museum with some original equipment.

The whole site is an absolute pleasure to visit, everything is very accessible and there are plenty of trains. I've been twice and both times real steam has provided the motive power!

As well as an interesting look into the past the site will also inspire those of us who are looking to a future where minimum gauge lines will - at last - find a real, valuable everyday use. Recommended at every level! 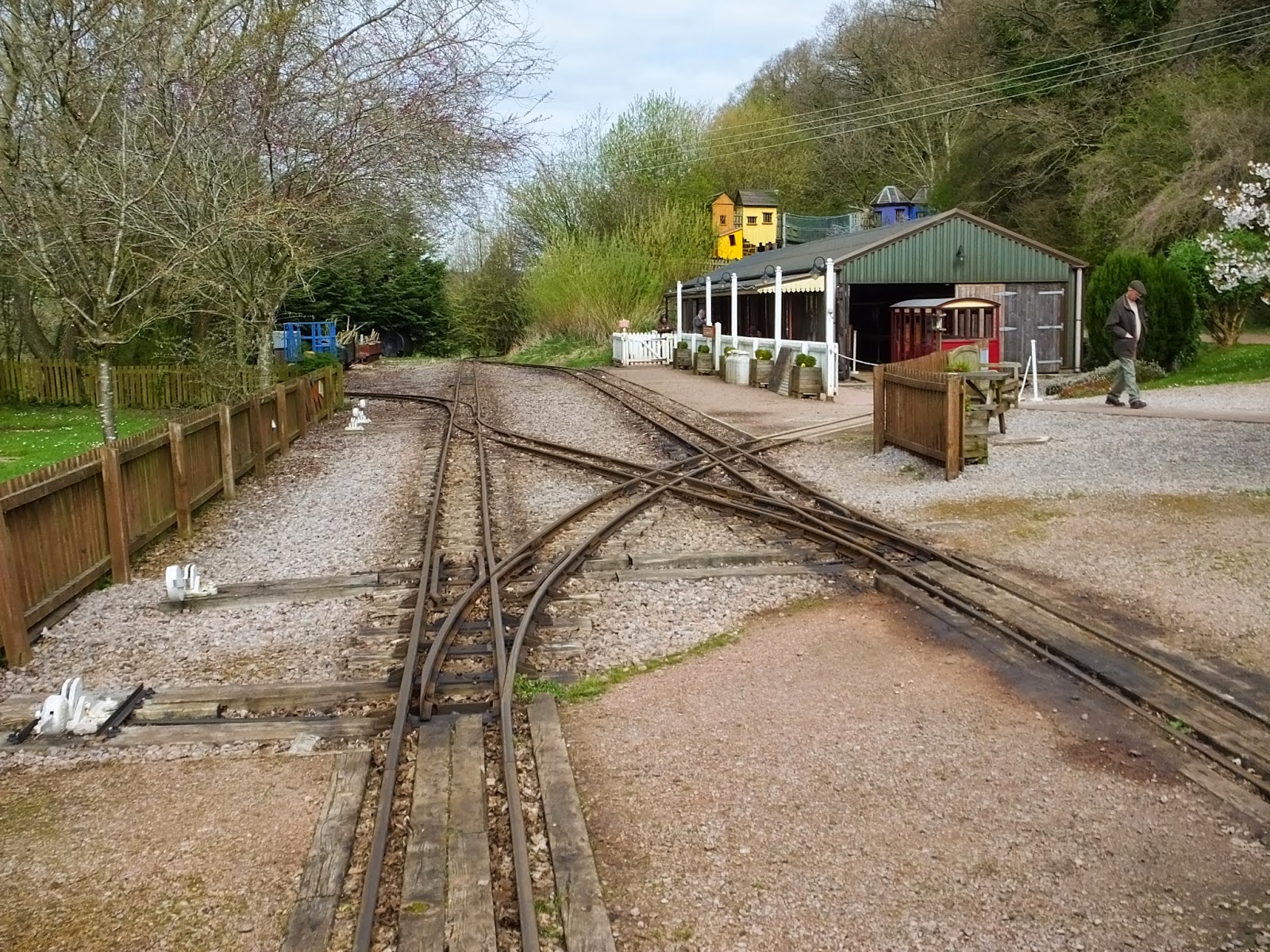 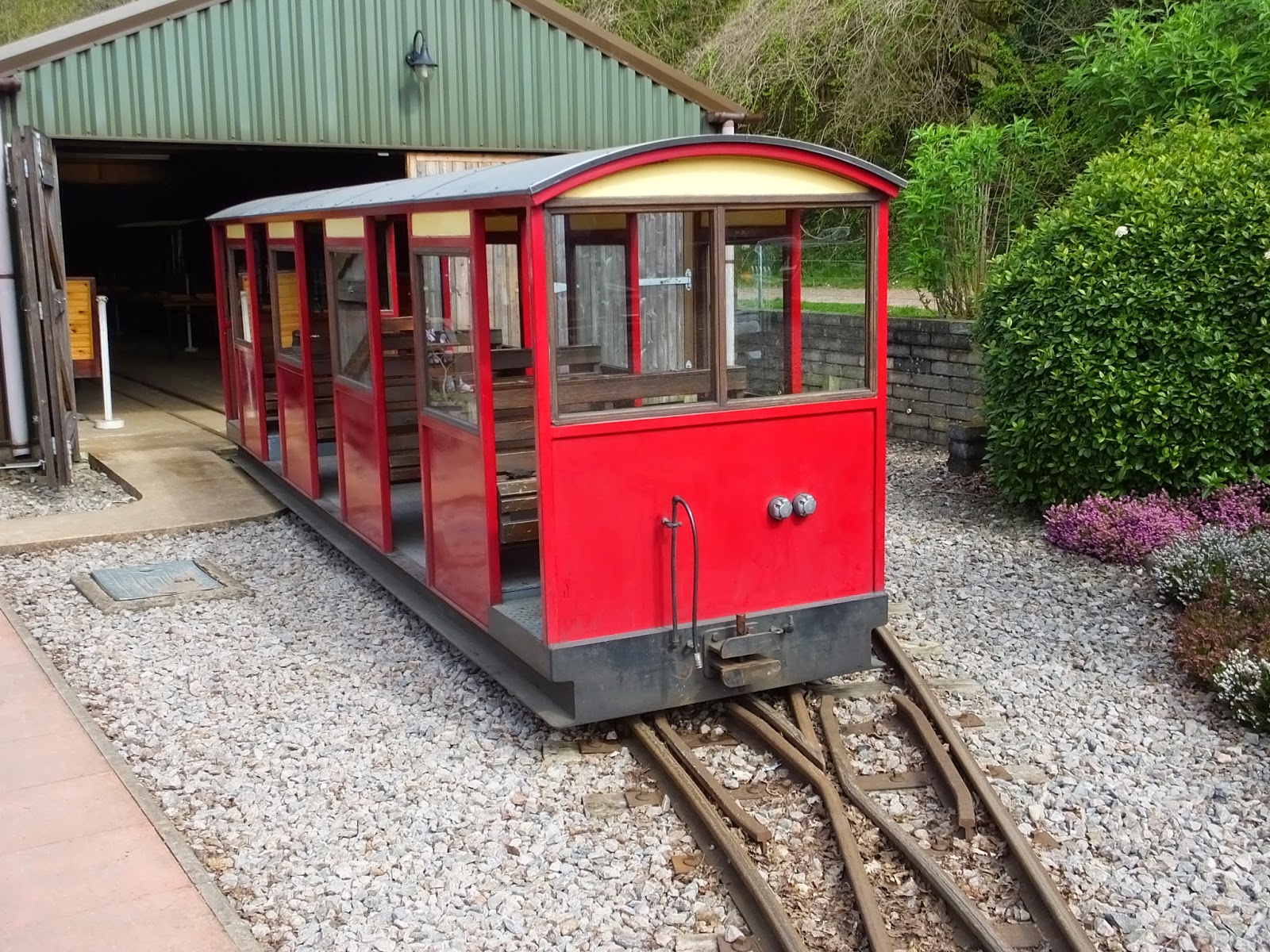 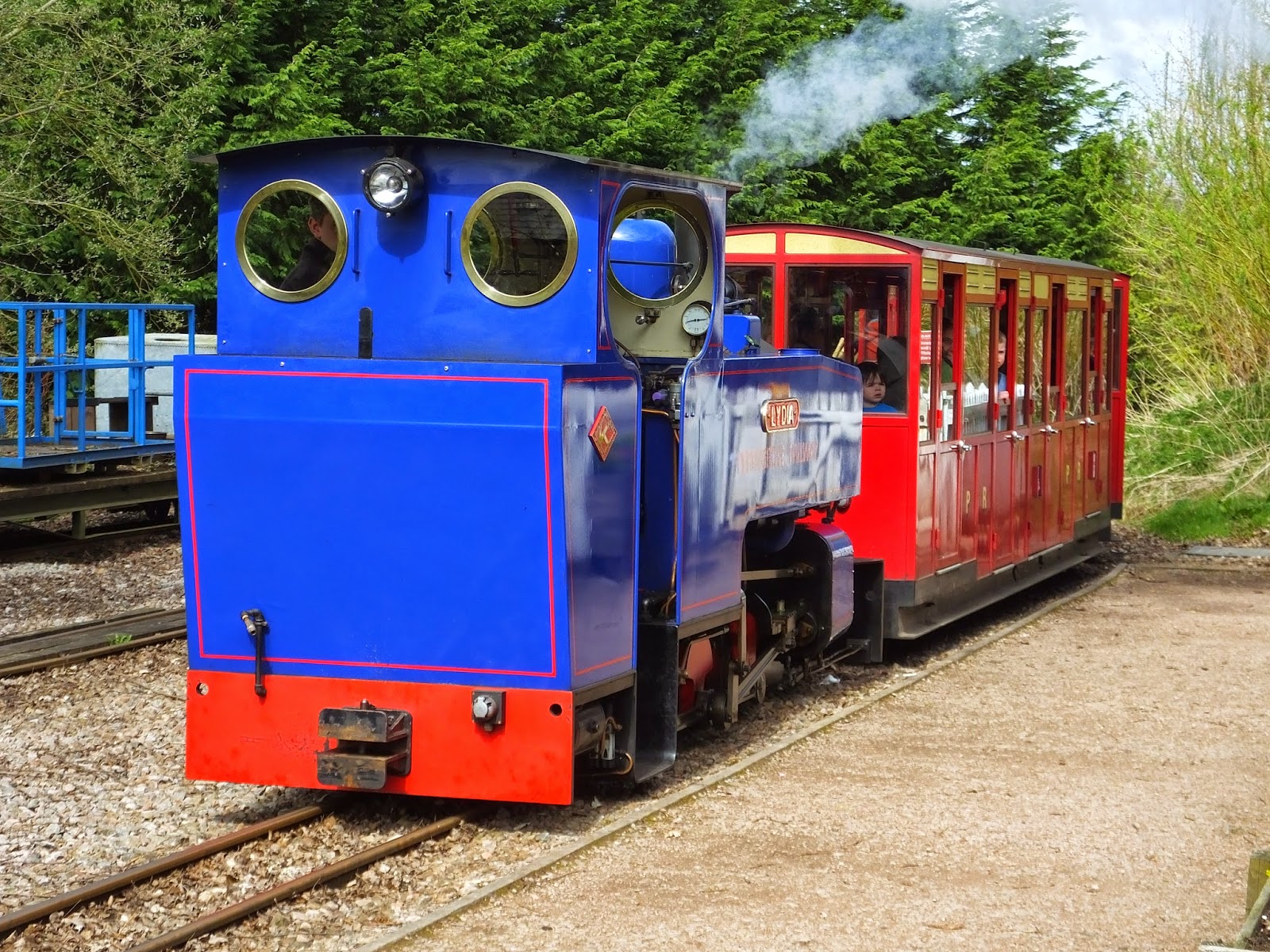 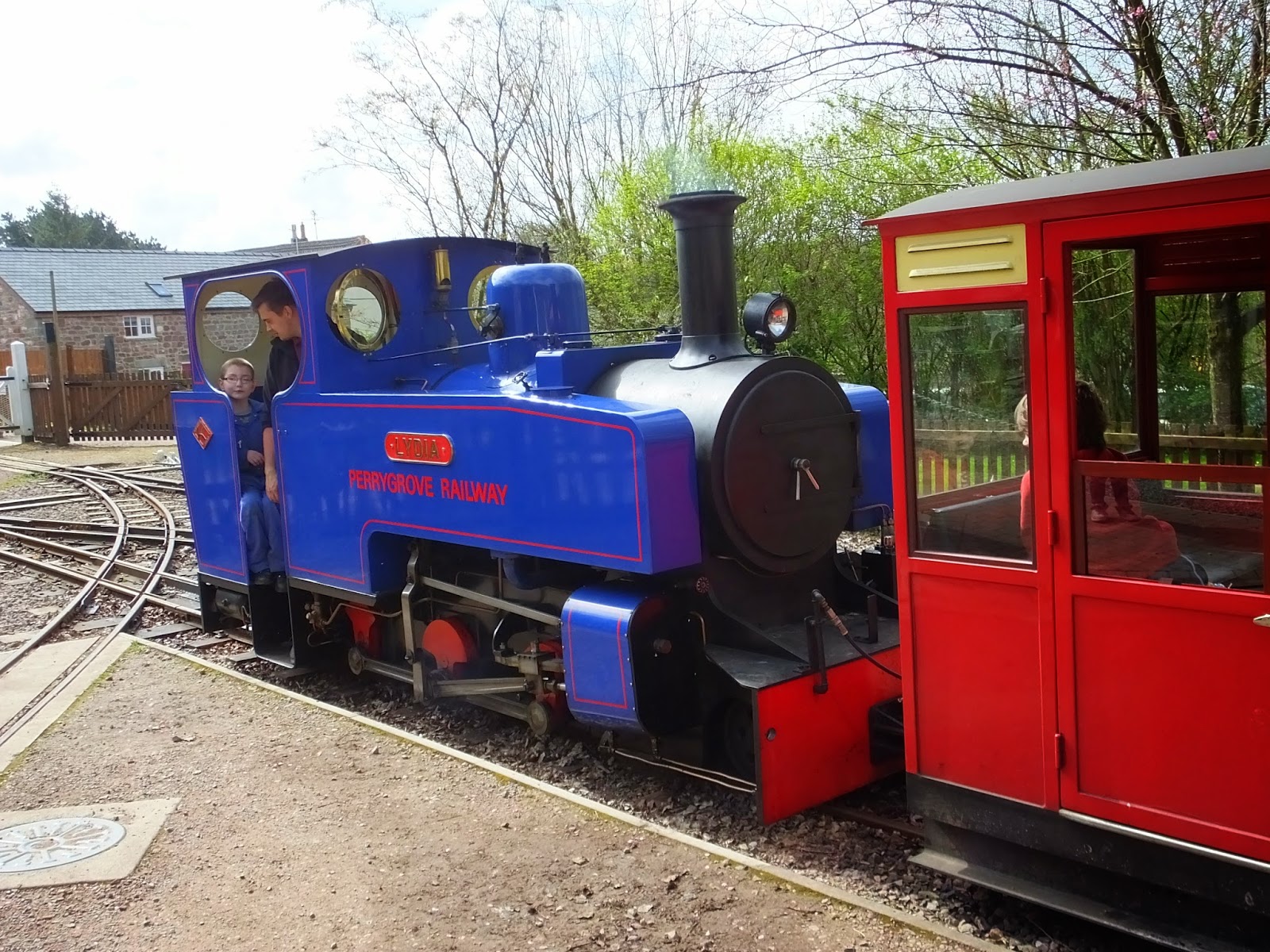 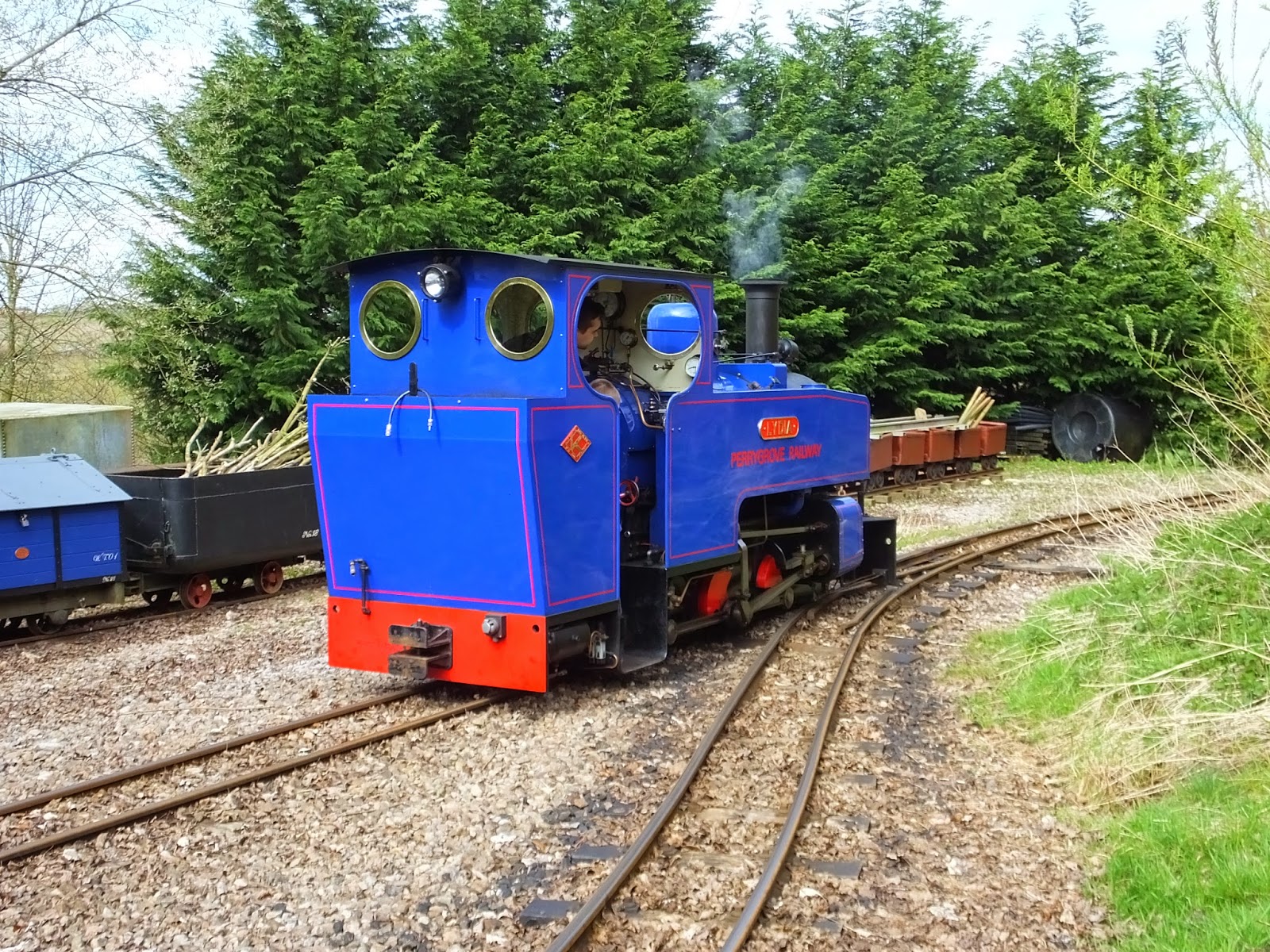 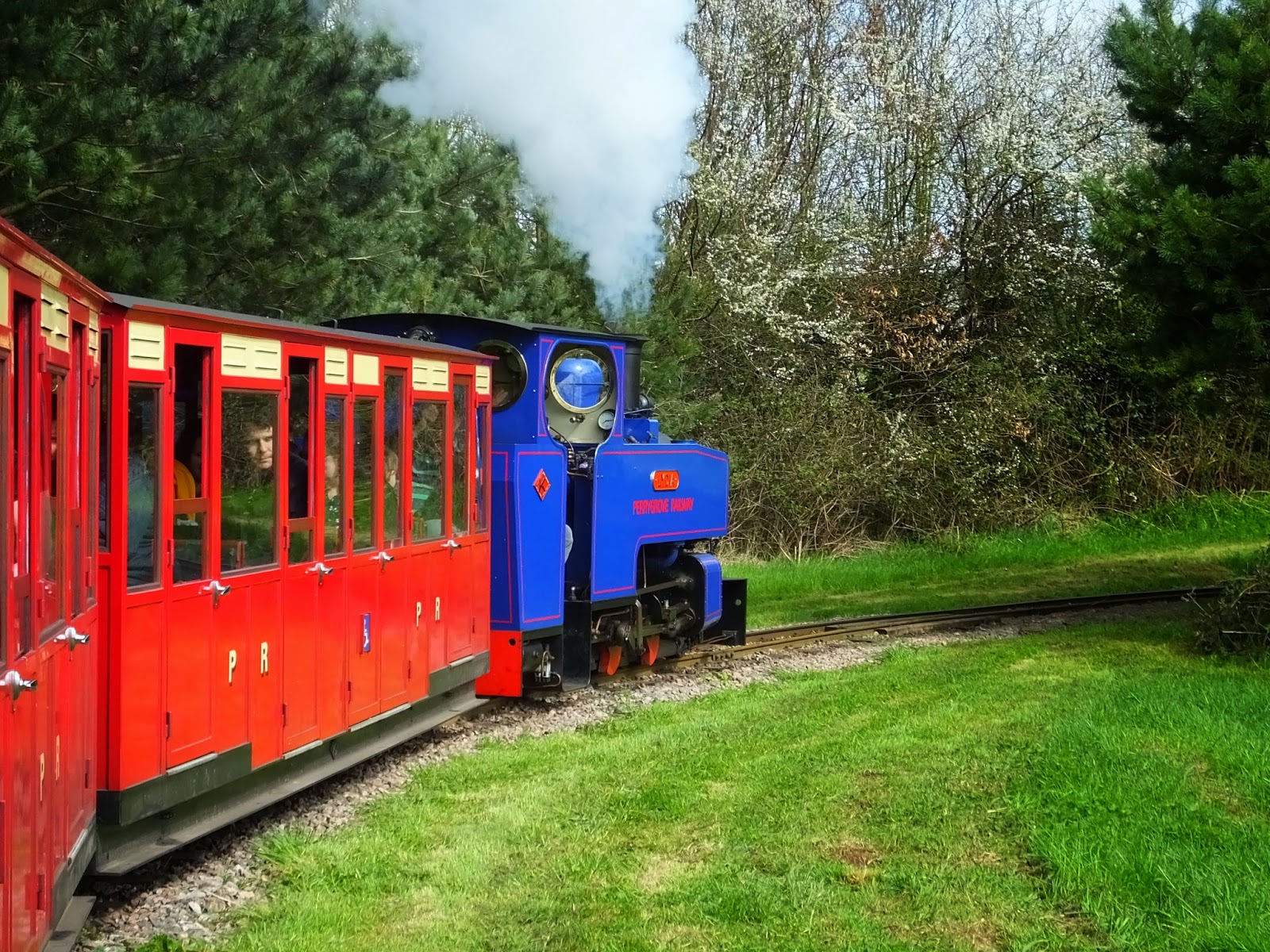 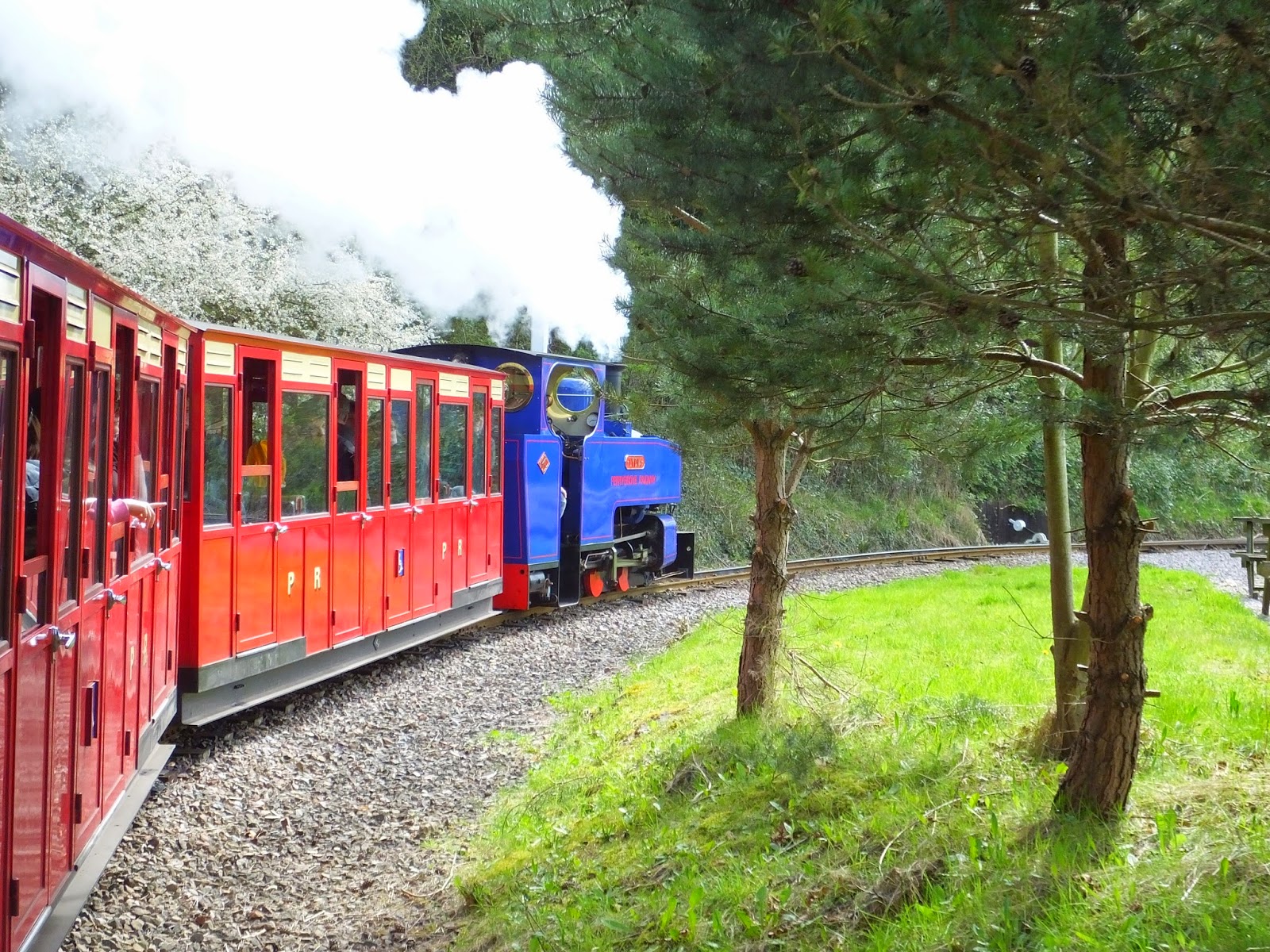 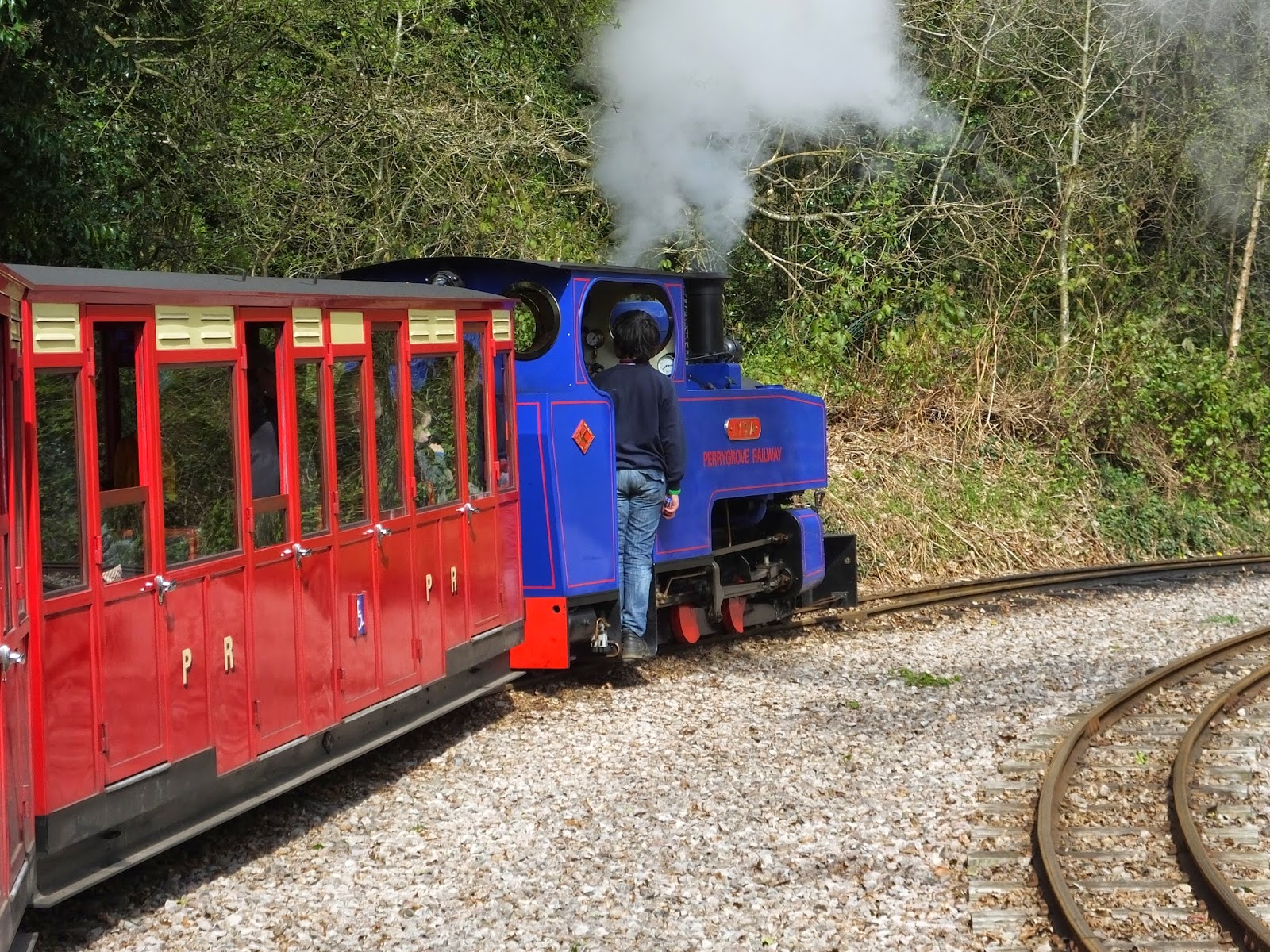 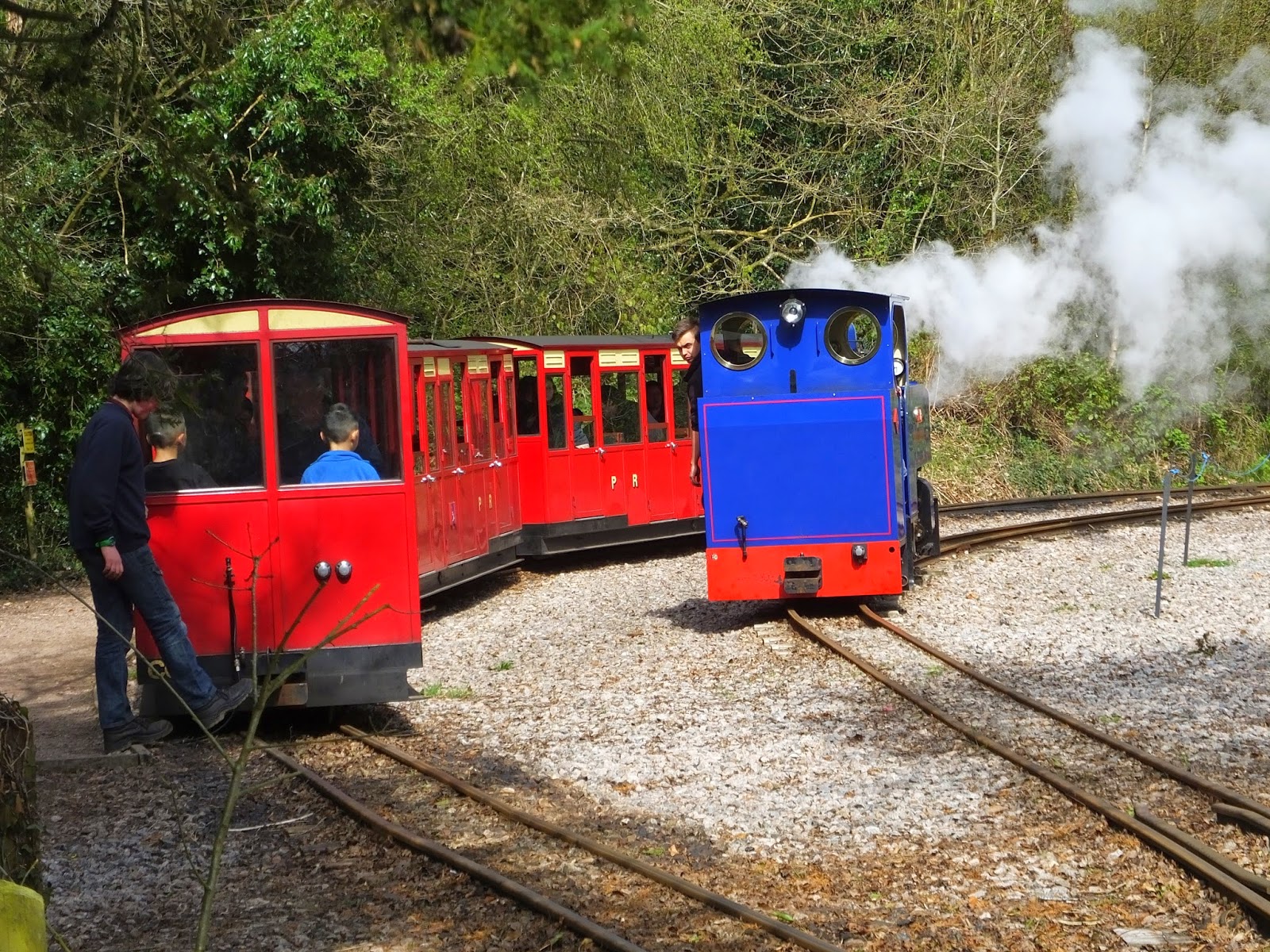 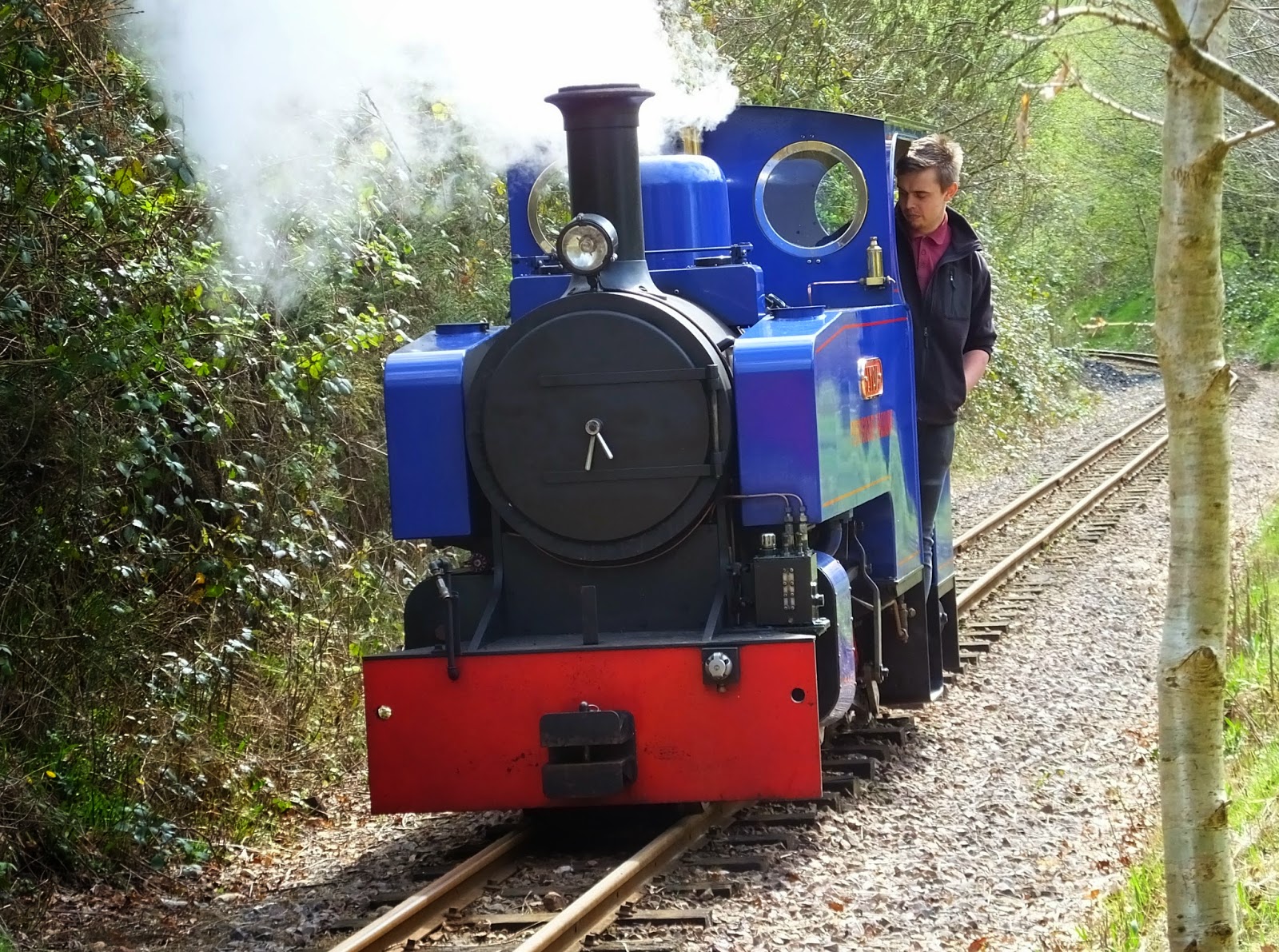 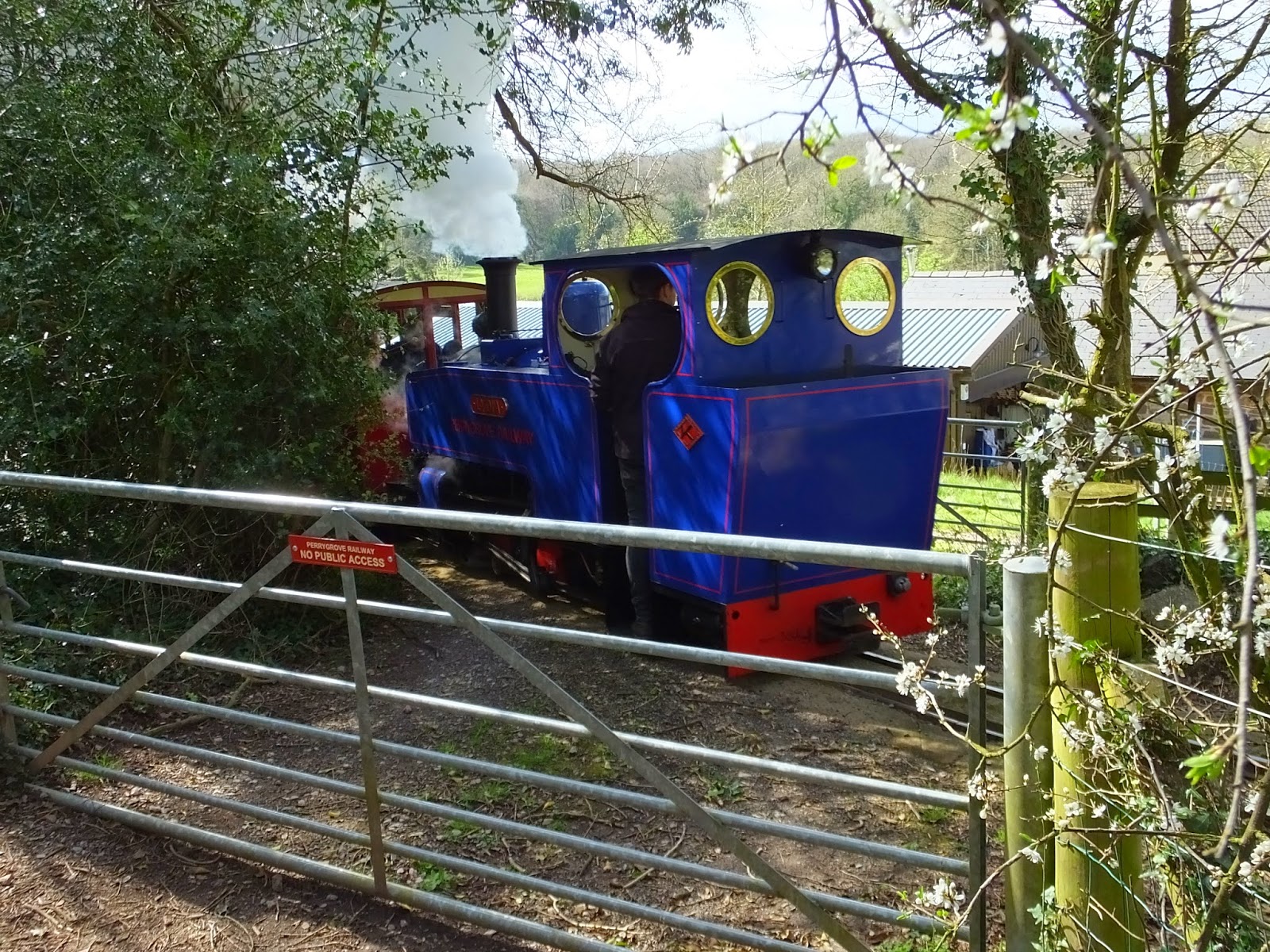 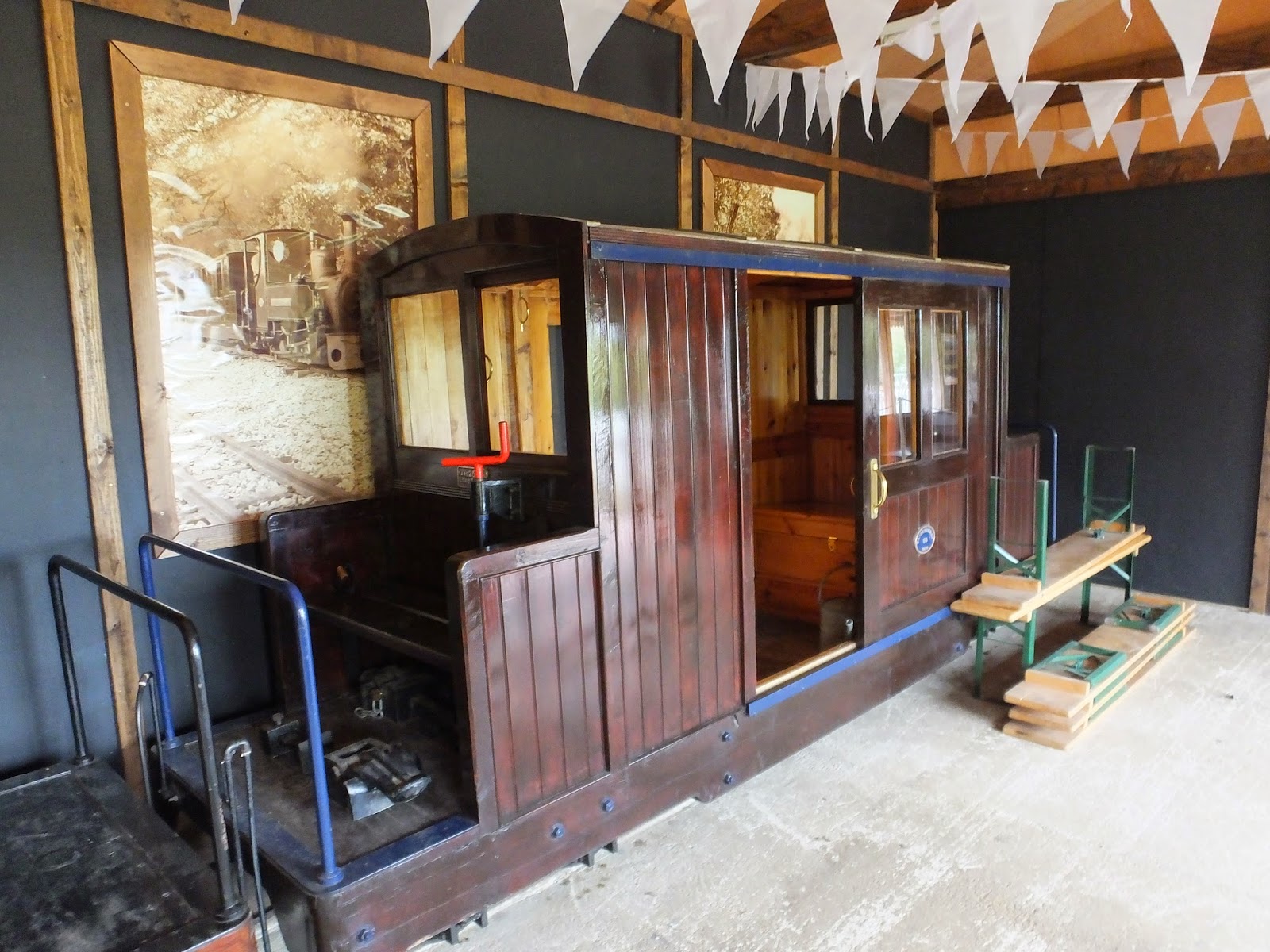 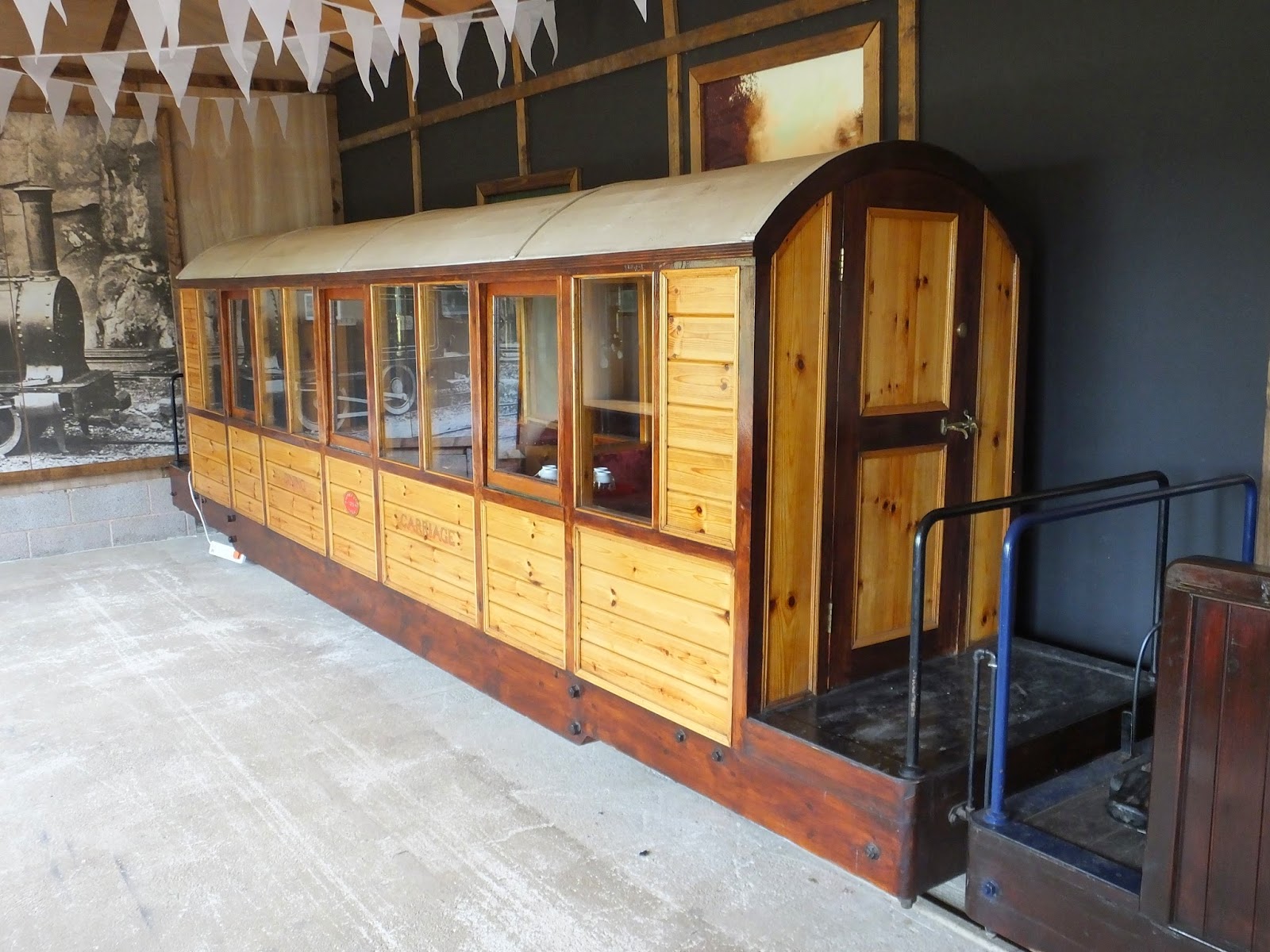 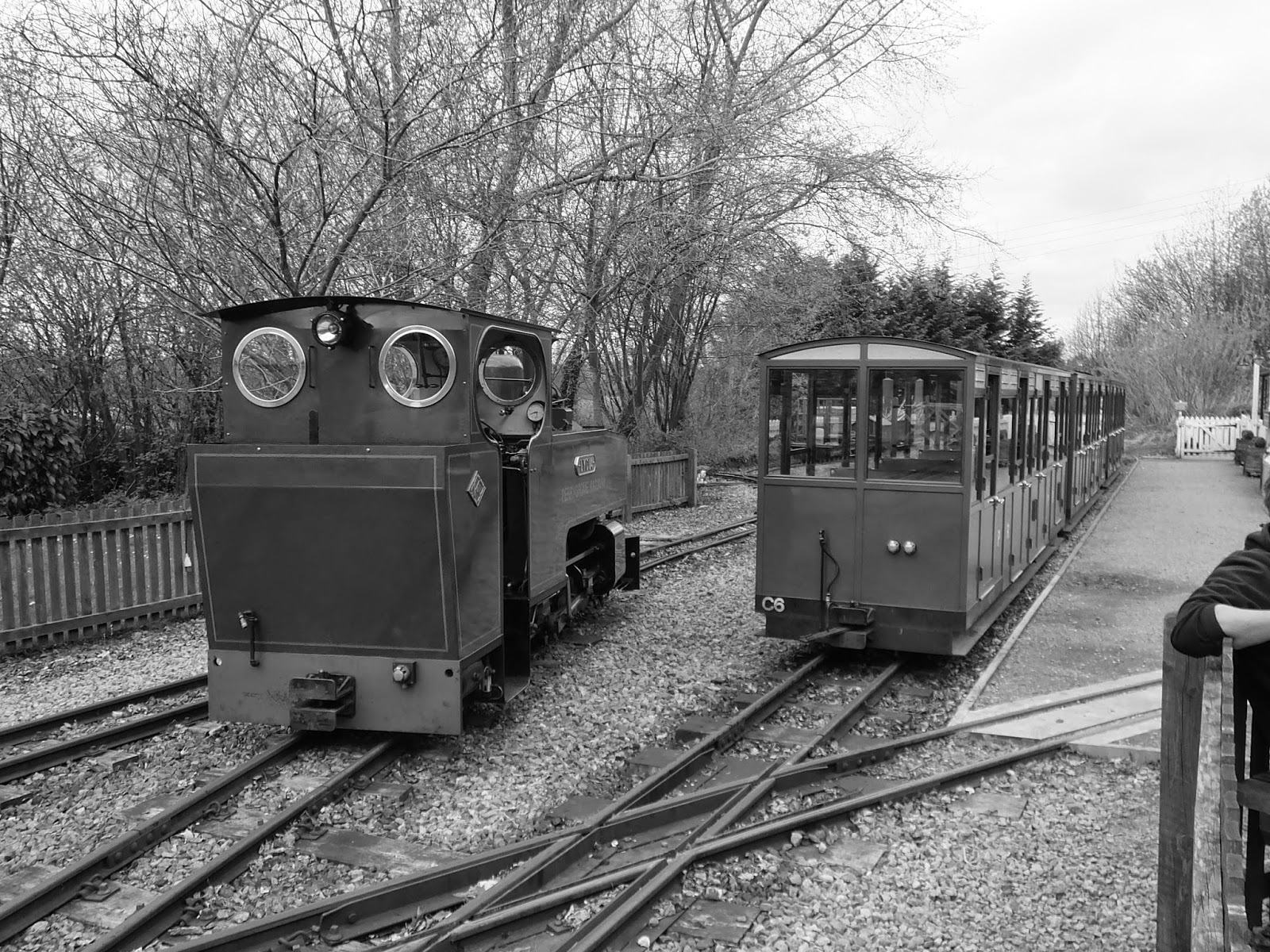 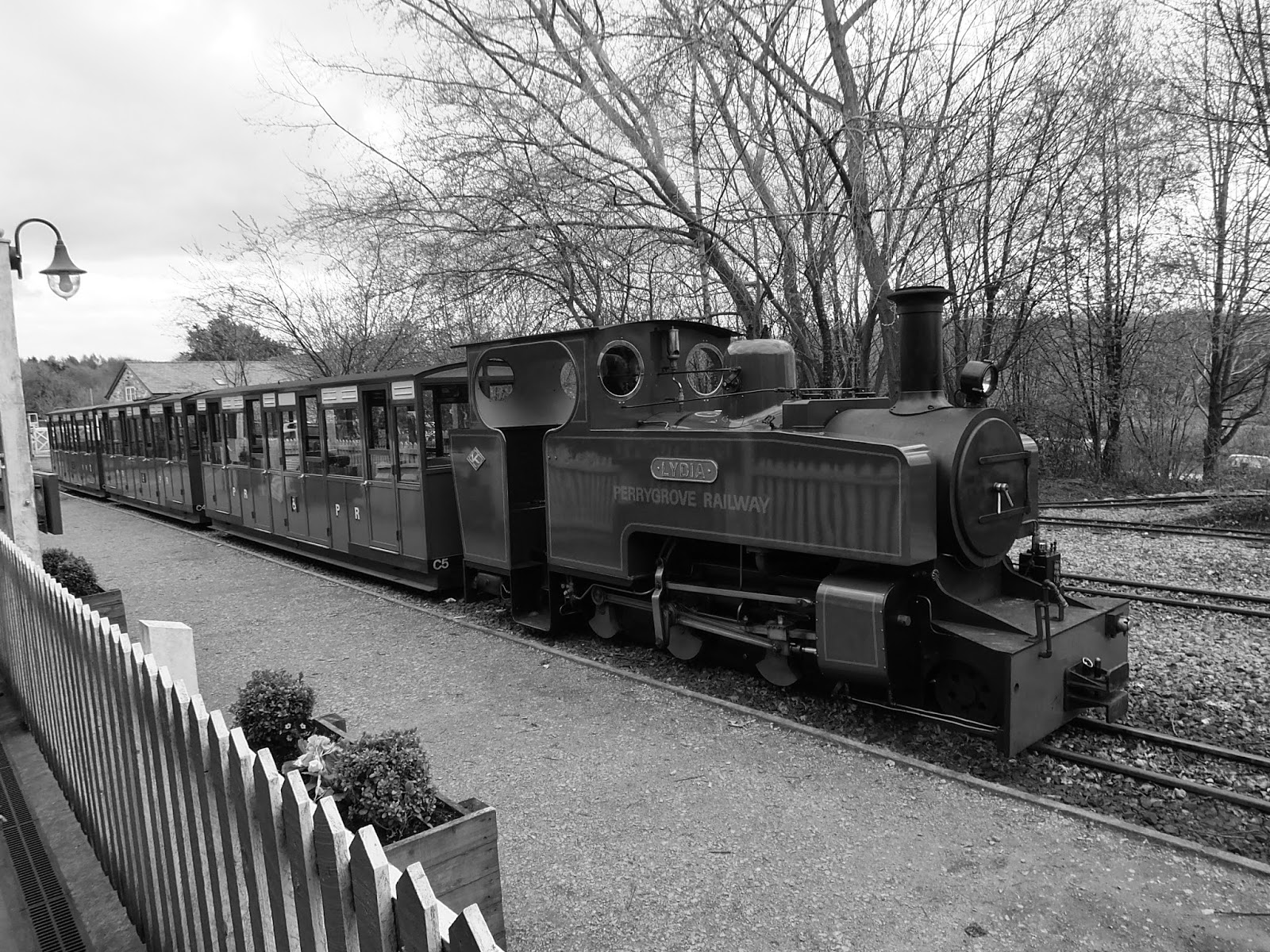 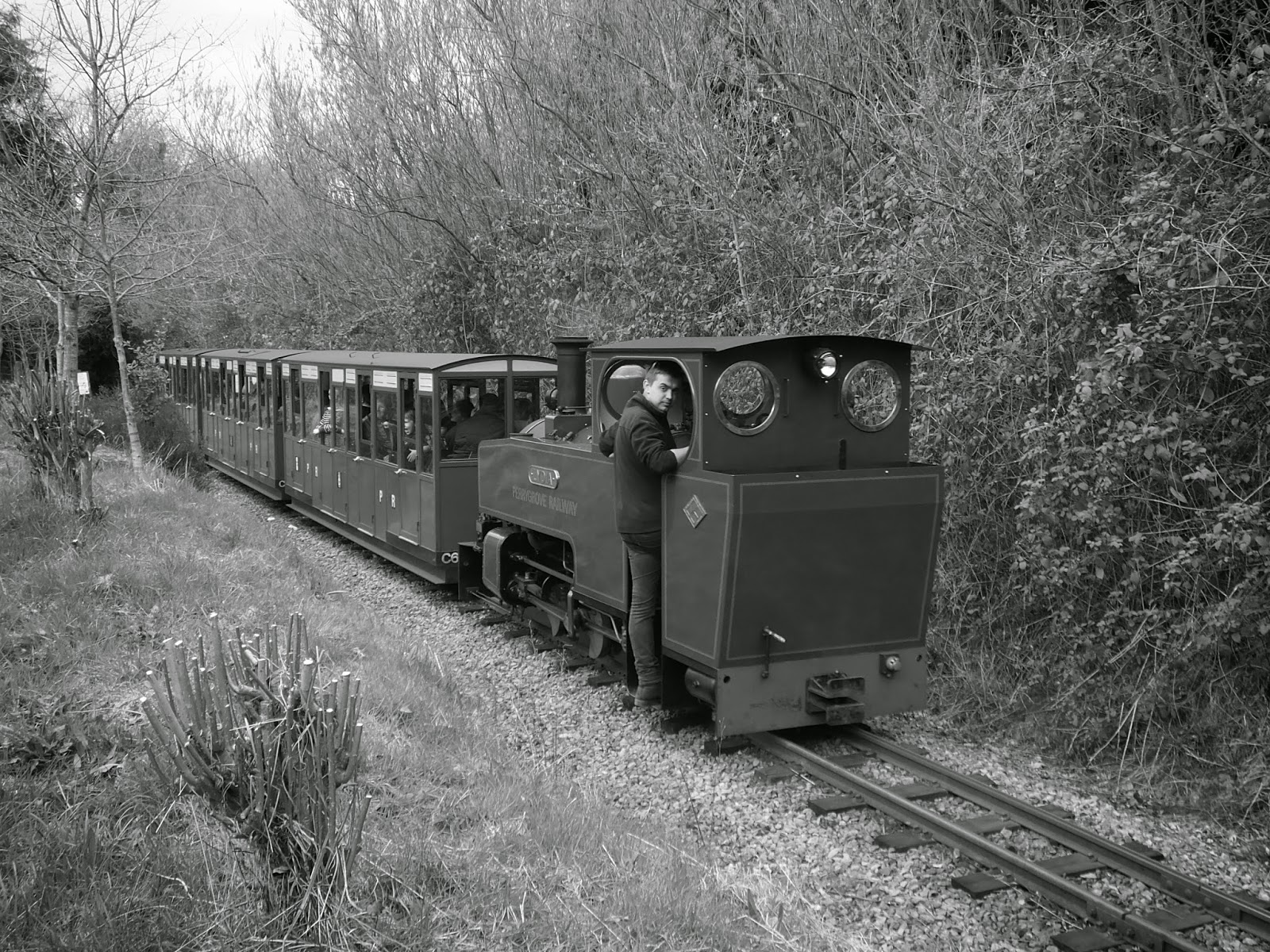 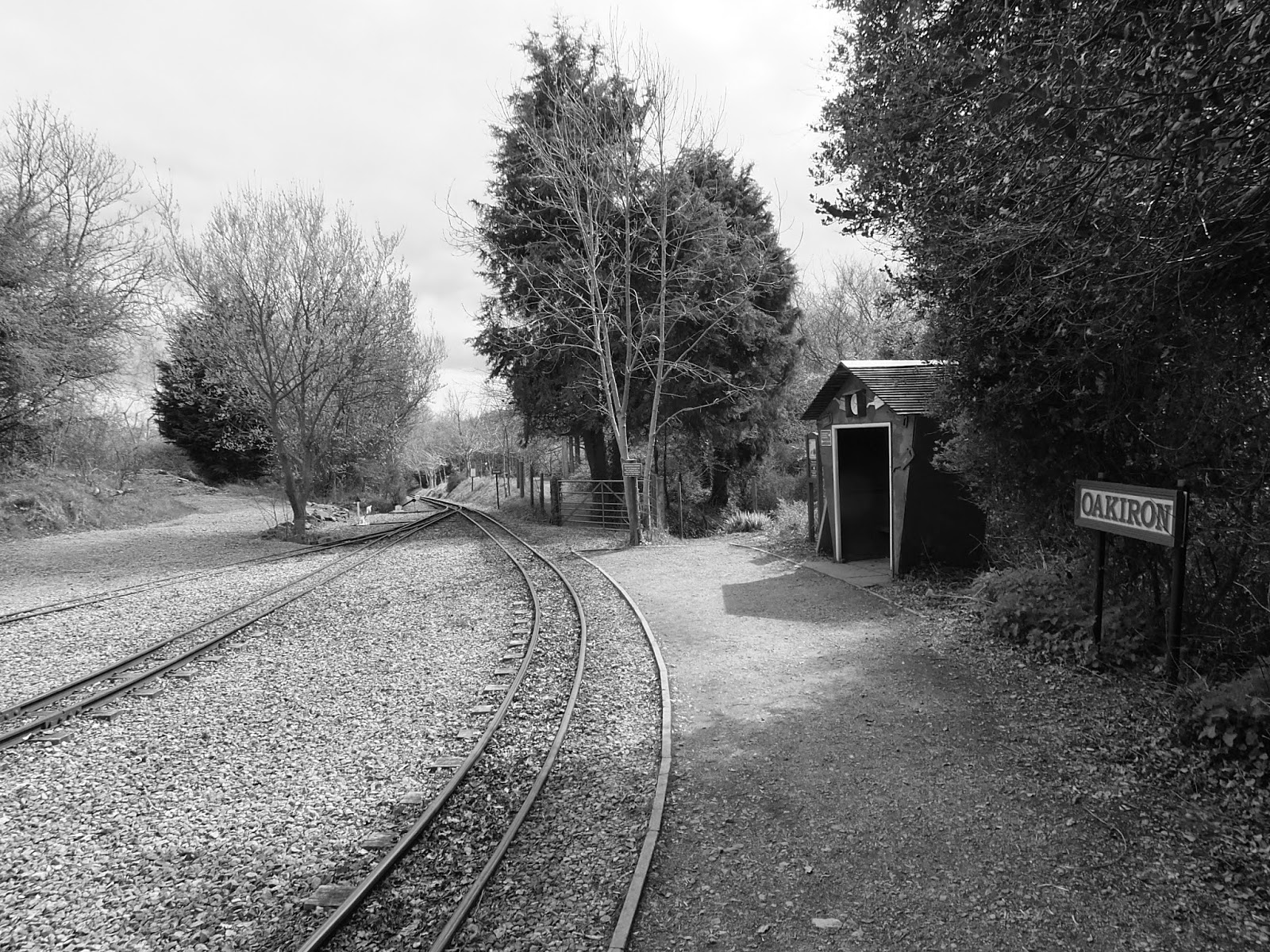 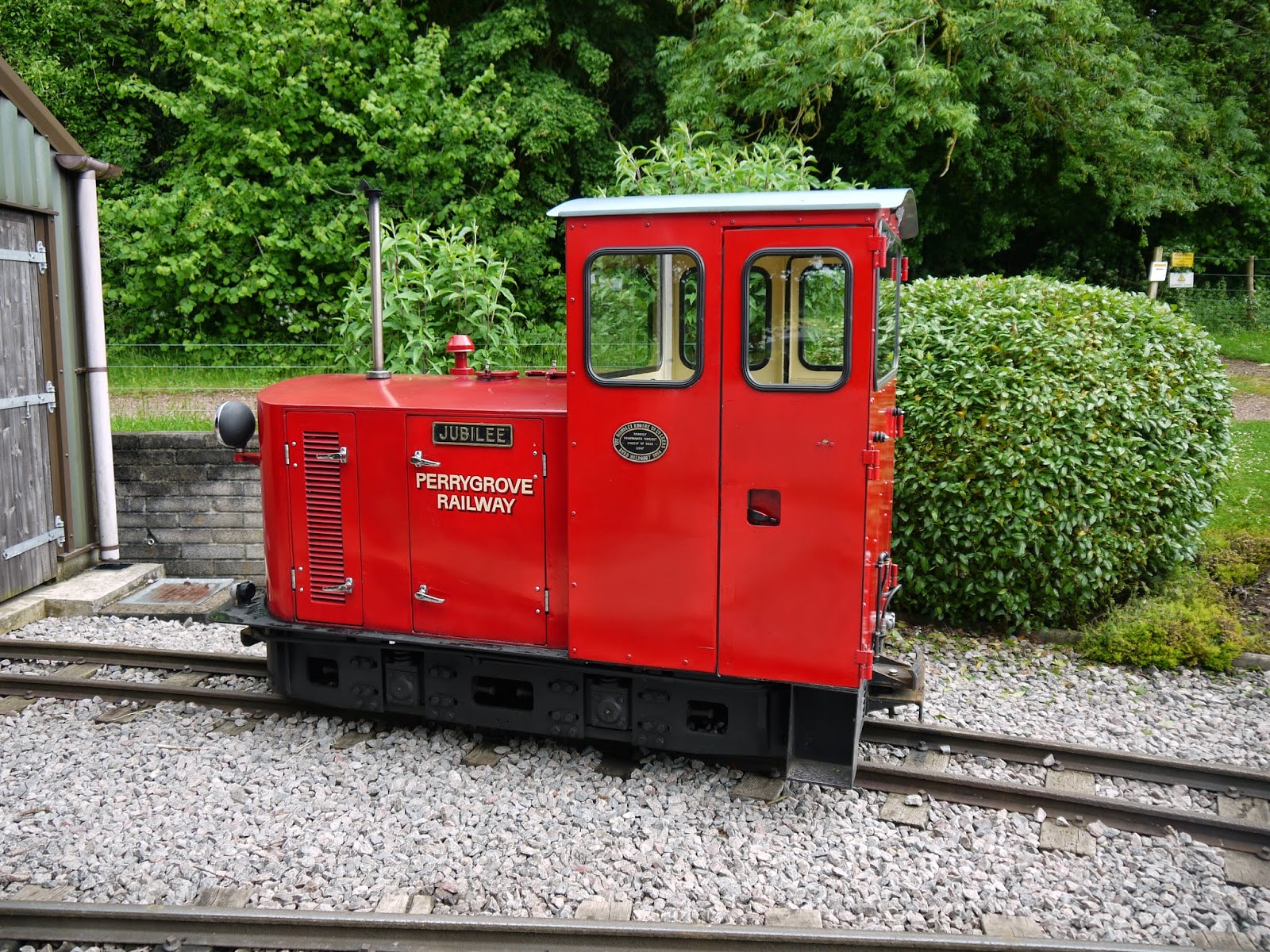 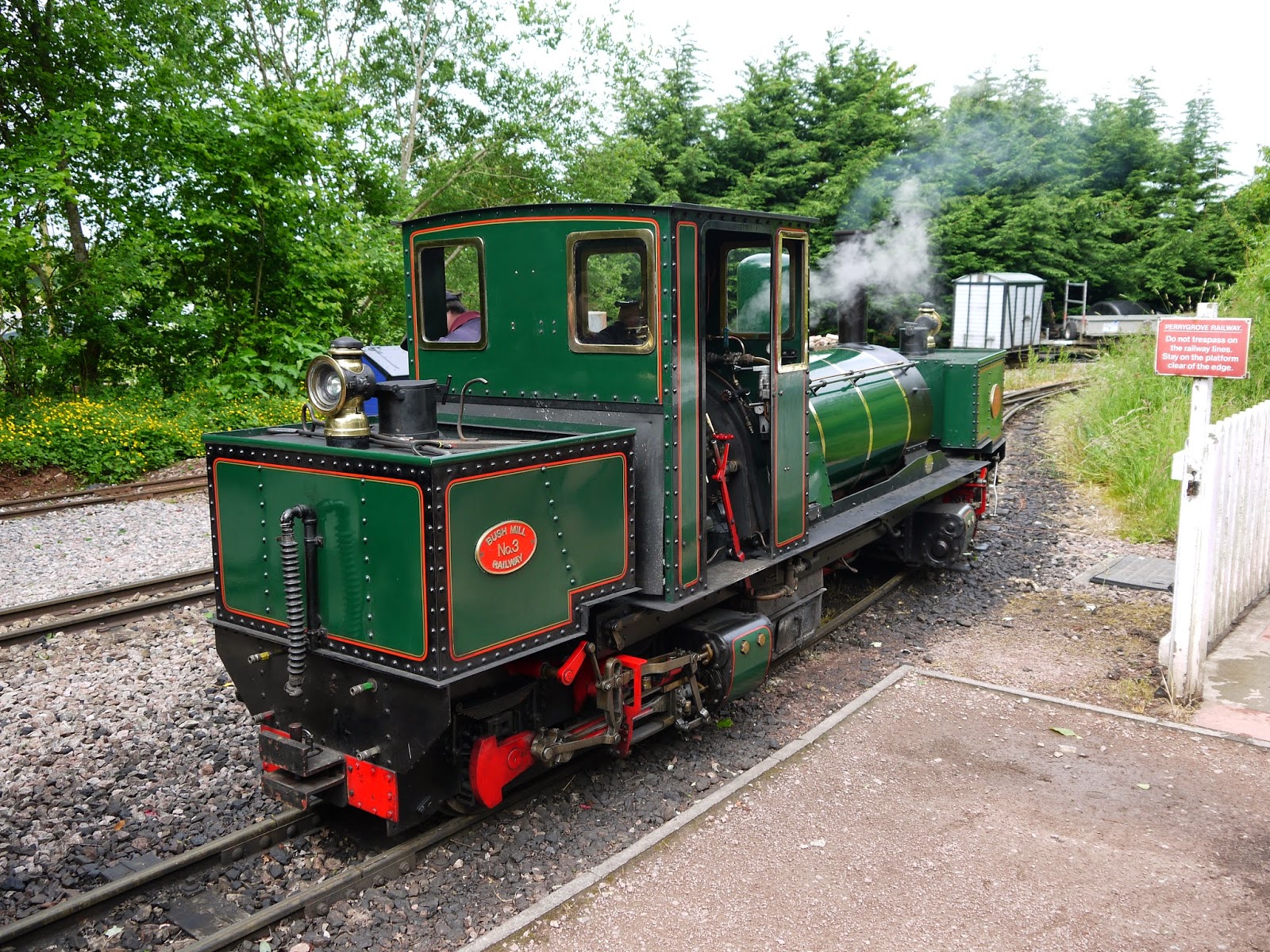 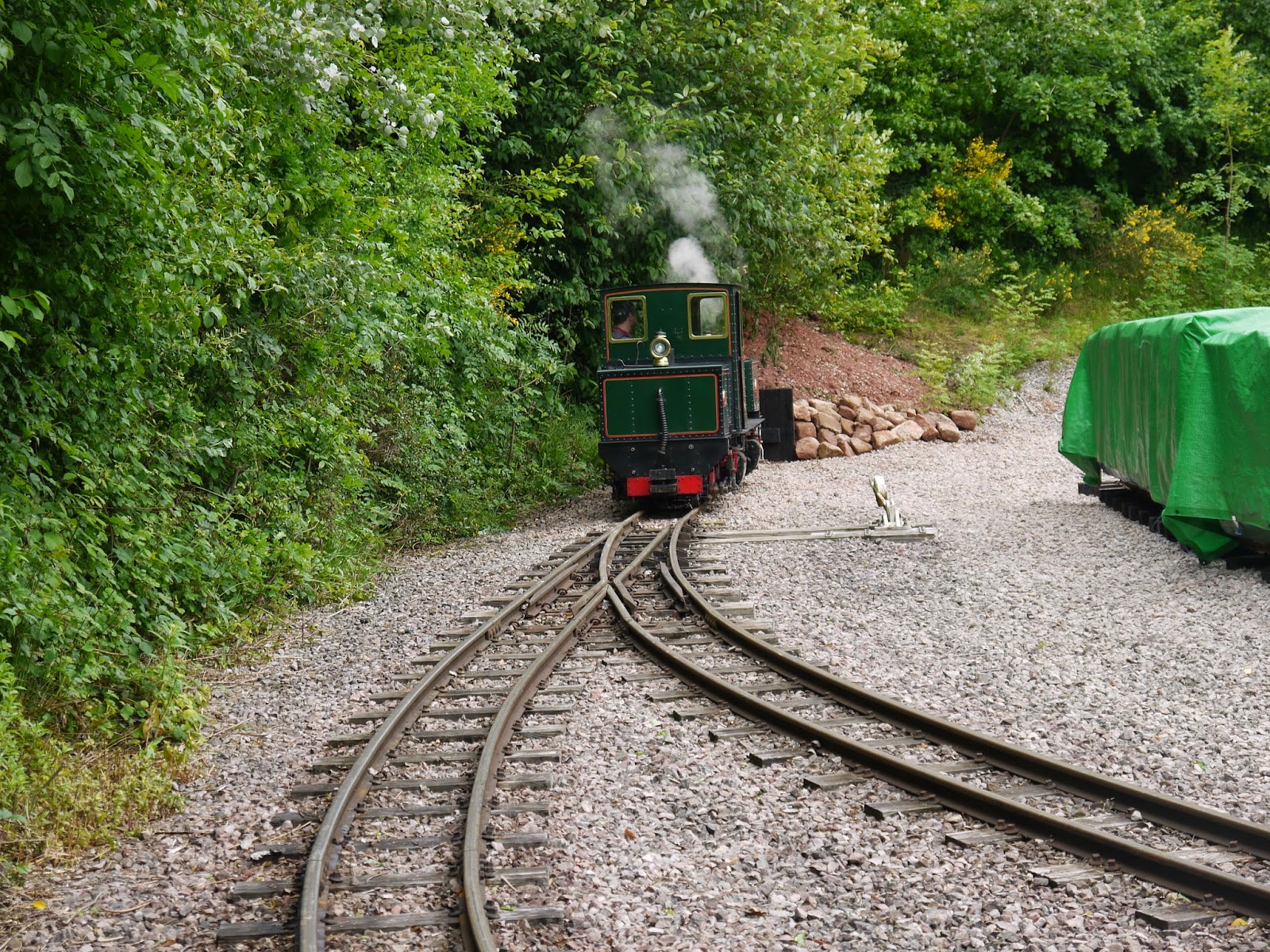 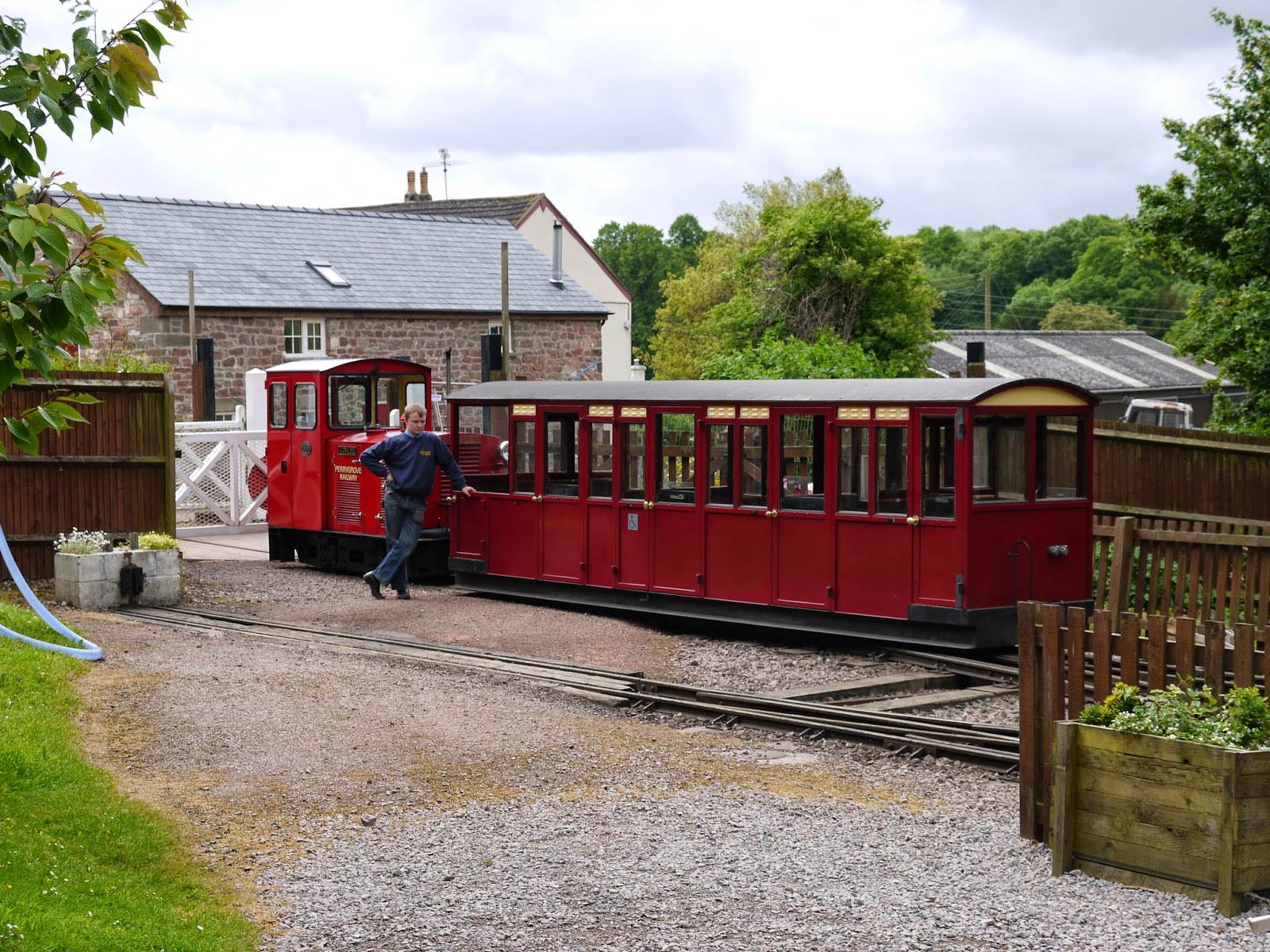 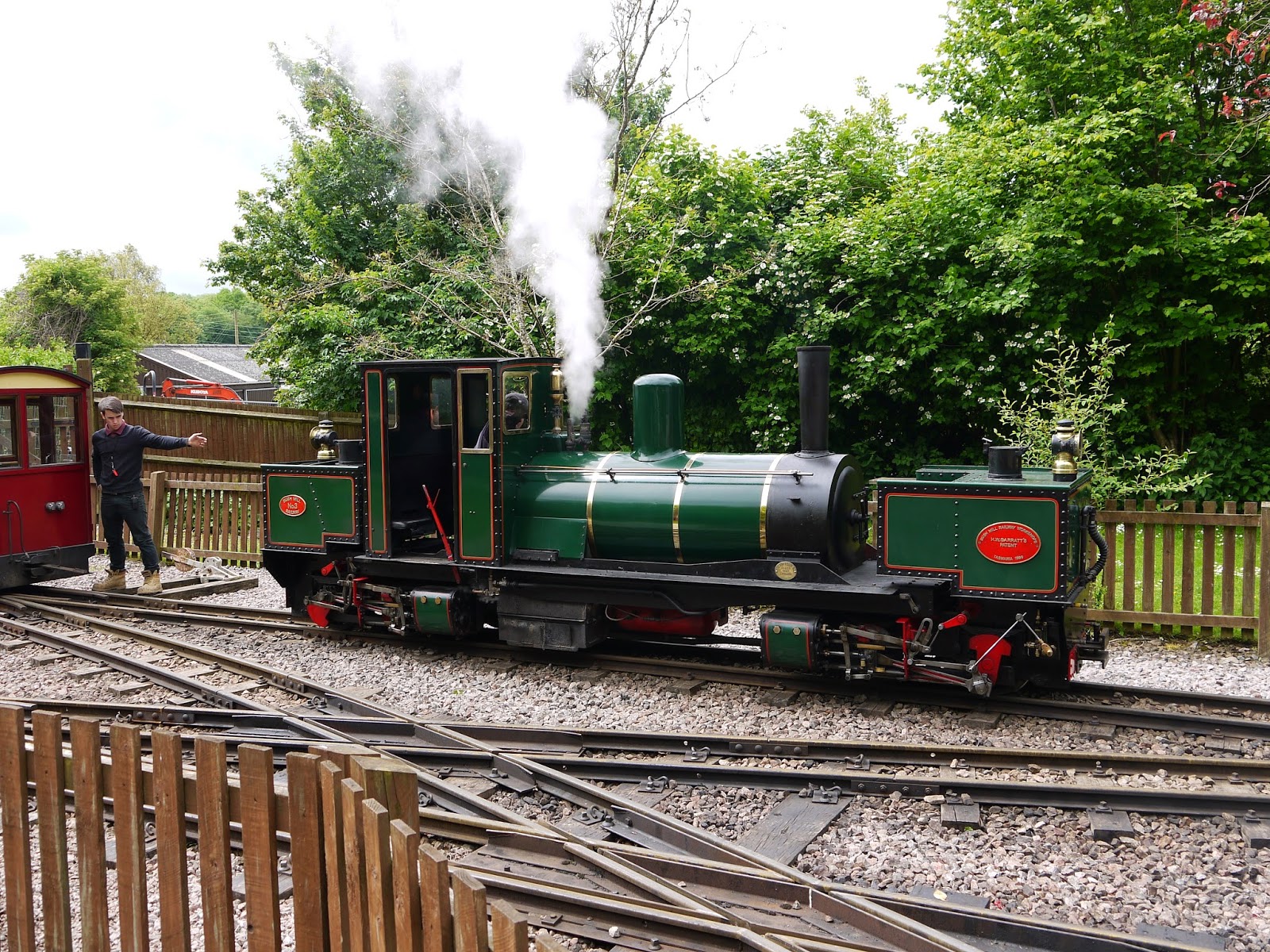 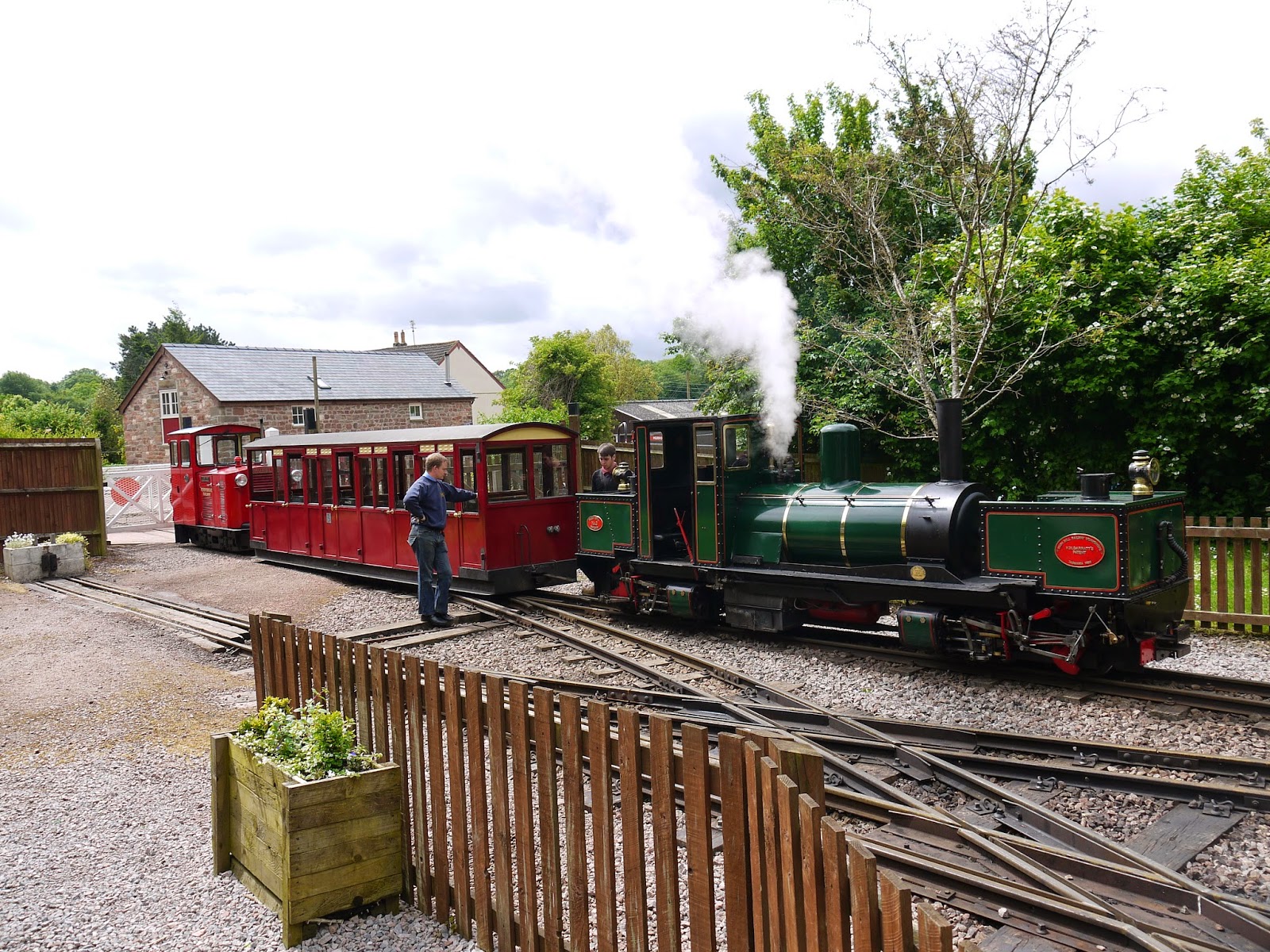 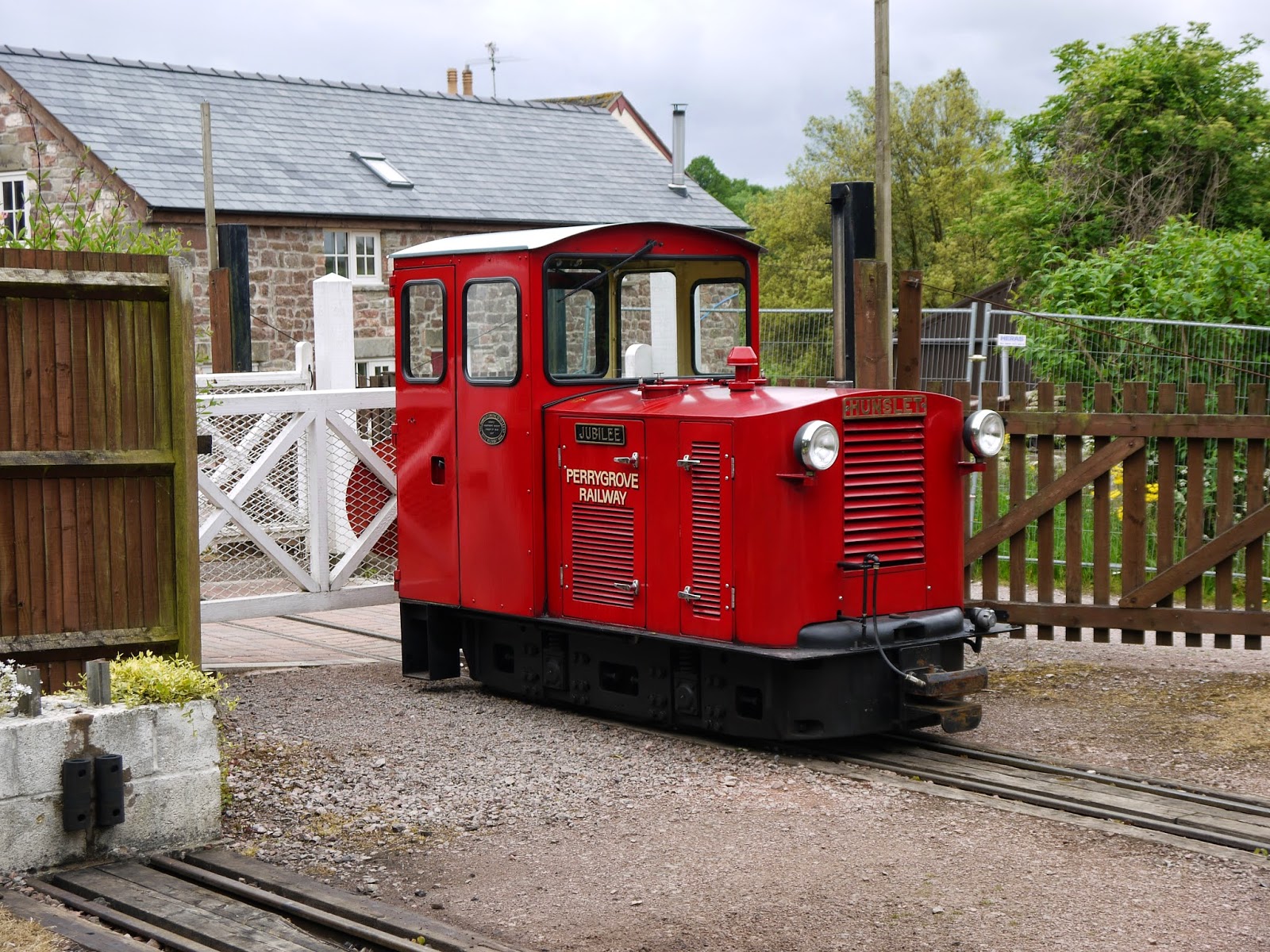 
From Wikipedia, the free encyclopedia
Jump to: navigation, search Backhead of Ursula and the Heywood launch-type boiler

Perrygrove Railway runs through farmland and woods on the edge of the Forest of Dean. Passengers can ride on the steam train to use activities including a Treetop Adventure, a covered picnic and play area at Foxy Hollow, an Indoor Village with secret passages, and a den-building area in the woods.

Perrygrove Railway is a heritage railway of 15 in (381 mm) gauge. It is located at Perrygrove Farm in the Royal Forest of Dean near Coleford, Gloucestershire, England. Trains travel at frequent intervals on a round trip of 1 1⁄2 miles (2.4 km) between four stations.

The railway was inspired by the minimum gauge estate railways or British narrow gauge railways developed by Sir Arthur Heywood at the end of the 19th century, including his pioneering Duffield Bank Railway and the later Eaton Hall Railway. Perrygrove is the home of the Heywood Collection, which consists of five original vehicles, including the original saloon carriage from Eaton Hall. Also based at Perrygrove are replica vehicles built by James Waterfield, including the locomotive "Ursula" and the Duffield Bank Dining Carriage. All these vehicles are available for viewing when Perrygrove is open, but visitors are asked to telephone if they wish to be certain of seeing a particular item.

Perrygrove Farm was purchased by Michael and Frances Crofts in 1993. Construction of the railway commenced in 1995 and it opened on 1 August 1996. The railway welcomes day trippers, tourists and railway enthusiasts. The first two types of visitor are attracted by the promise of a great day out in the beautiful Forest of Dean, with picnic and play facilities outdoors and under cover, and an Indoor Village with secret passages, in addition to train rides. A unique treasure hunt is also offered: the railway supplies a key to open a hidden box of treasure, and clues to help treasure hunters find it. Clues are scattered in the ancient woodland where real treasure was found in 1849. Santa experiences, held in a refurbished area of the carriage shed are particularly popular.

There are two sections of 1 in 29 gradient, and two of 1 in 50, and very sharp curves in places, making it an interesting journey for visitors, and challenging for loco crews.

Railway enthusiasts can meet the builder of the line and when staff are available they are taken on tours of the engine sheds and workshops.

In September 2011 a passing loop was commissioned at Rookwood, allowing a 20 minute interval service at busy times.

In 2012 a long siding was laid alongside the loop at Perrygrove.

The railway opened every weekend through the winter of 2012/13 for the first time.

In early 2013, a short steep spur off the above siding was laid at Perrygrove ("Wharf Road").
In summer 2013, the siding at Oakiron was relaid and a short spur laid off it. A siding was laid at Rookwood, off the passing loop, to allow access to a newly seeded area suitable for marquee type events including wedding receptions.