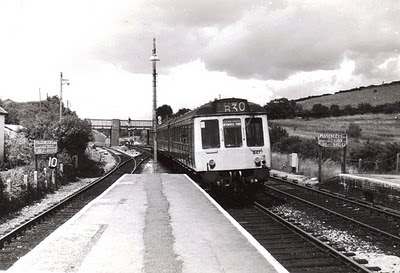 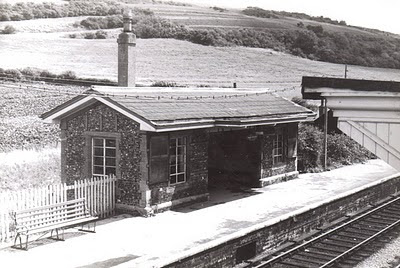 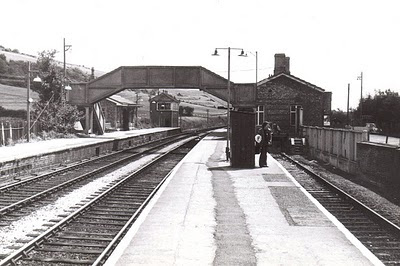 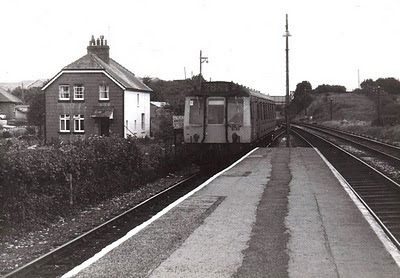 Four shots taken at Maiden Newton back in 1973. I'd visited here to travel on the Bridport branch (which will no doubt feature in future posts!) but the junction station itself was still a gem back then (and may well still be!)

The 'main' line is if course the Dorchester to Castle Cary route which had suffered some 'rationalisation' in the 60s, losing a lot of the intermediate stations and being single tracked. The line now is very busy and it can't be too long before double track is reinstated and hopefully some of the closed stations reopened. Whether the Bridport branch is reinstated is another matter. It is more likely that a wholly new route from Bridport will eventually be built to a junction somewhere on the (now buzzing!) Exeter to Salisbury main line, another route that suffered rationalisation in the 60s, much to everyone's regret now!

But back in 1973 railways were on the back foot, you could often be the only passenger on a train and much of the old steam-era infrastructure remained. The diesel units in these shots are also now ancient history, as are my brother's flares in picture 3!

The old signal box
Opened on 20 January 1857 by the Wilts, Somerset and Weymouth Railway with the section of their route from Yeovil Pen Mill to Weymouth. This completed their main line from Chippenham to Weymouth, the first part of which had opened in 1848. The railway was a part of the larger Great Western Railway which meant that through trains ran from London Paddington station.
The station consisted of two platforms with a flint station building and goods shed at the south end. A signal box was added later.
From 1857 to 1975 the station was the junction for the Bridport Railway and an extra bay platform was added at the north end of the station for these trains. This can still be seen at the west end of the station and this end of the trackbed is a footpath and cycleway.

Looking north
Although the signal box was closed during a rationalisation scheme, the station retains two platforms as it is a passing place on the single line between Dorchester and Yeovil. The entrance is on the northbound platform, the side closest to the village. Access to the southbound platform is normally by the footbridge but there is a level crossing at the south end of the station for passengers who are unable to use the bridge. The station building survives but is no longer used by the railway.
The electric key token instrument for the block section to Yeovil are now operated by the train crew under the supervision of the signal operator based at Yeovil Pen Mill. The block section to Dorchester West is operated under the 'tokenless single line' principle with track circuiting.

The station is served by Great Western Railway. Services originate from Gloucester and Bristol Temple Meads (apart from one early morning service from Westbury) and are operated by Class 150, Class 153 or Class 158 diesel multiple units. Eight trains in each direction call Mondays to Saturdays and three each way on Sundays all year (plus two additional trains in the summer months).
Posted by Steve Sainsbury at 09:23 3 comments: