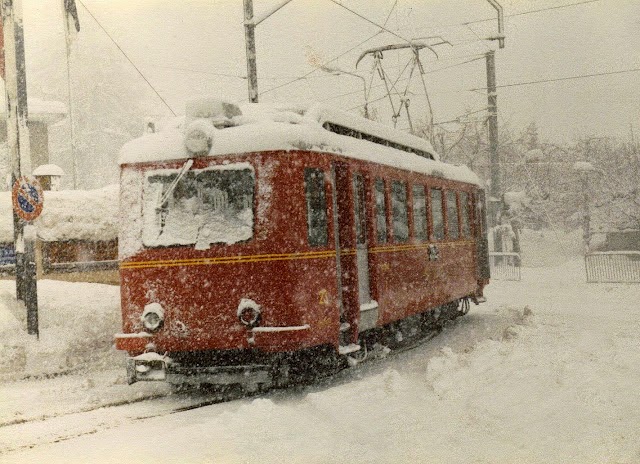 Right, it's all winding down for Christmas now and this is my very last piece of work before I take a break!

2014 has been an amazing year for the Rail Thing Facebook groups (and also Flashback and Reversing Beeching groups) with about 400 groups now, most added this year. Many now have well over 1000 members and the biggest (Disused Railways) is  not far off 10,000!

I'd like to thanks all the various admins and, of course, the members who have been so kind sending in their photos and memories. It's the content (plus the fairly strict rules!) that make the groups what they are.

I've had a busy year with all this explosion of Facebook activity - I suspect 2015 will be a year for consolidation rather than rapid expansion.

Out in the real world we only managed to take two holidays this year, the first in Lisbon and the second in Dawlish Warren. Both, of course, have loads of rail interest! In fact I took my first ever railway photograph at Dawlish Warren on 9 July 1971.

The other place I've been to a lot this year is Bristol Temple Meads. My son Wulfric moved to Sway in September and since then has regularly come up to visit by train. No big deal for a 20 year old you'd think, but before he moved he rarely went more than 10 feet by himself! He's blind and the railway has been fantastic with their support services giving him a confidence I thought he'd never gain!

So a big Christmas thanks to the railway companies for doing this, to all of you who have joined the Facebook groups and to everyone (even non-members!) who have worked like demons to keep our railways and tramways moving, whether of the national network type or the heritage type!

See you again after the festivities! 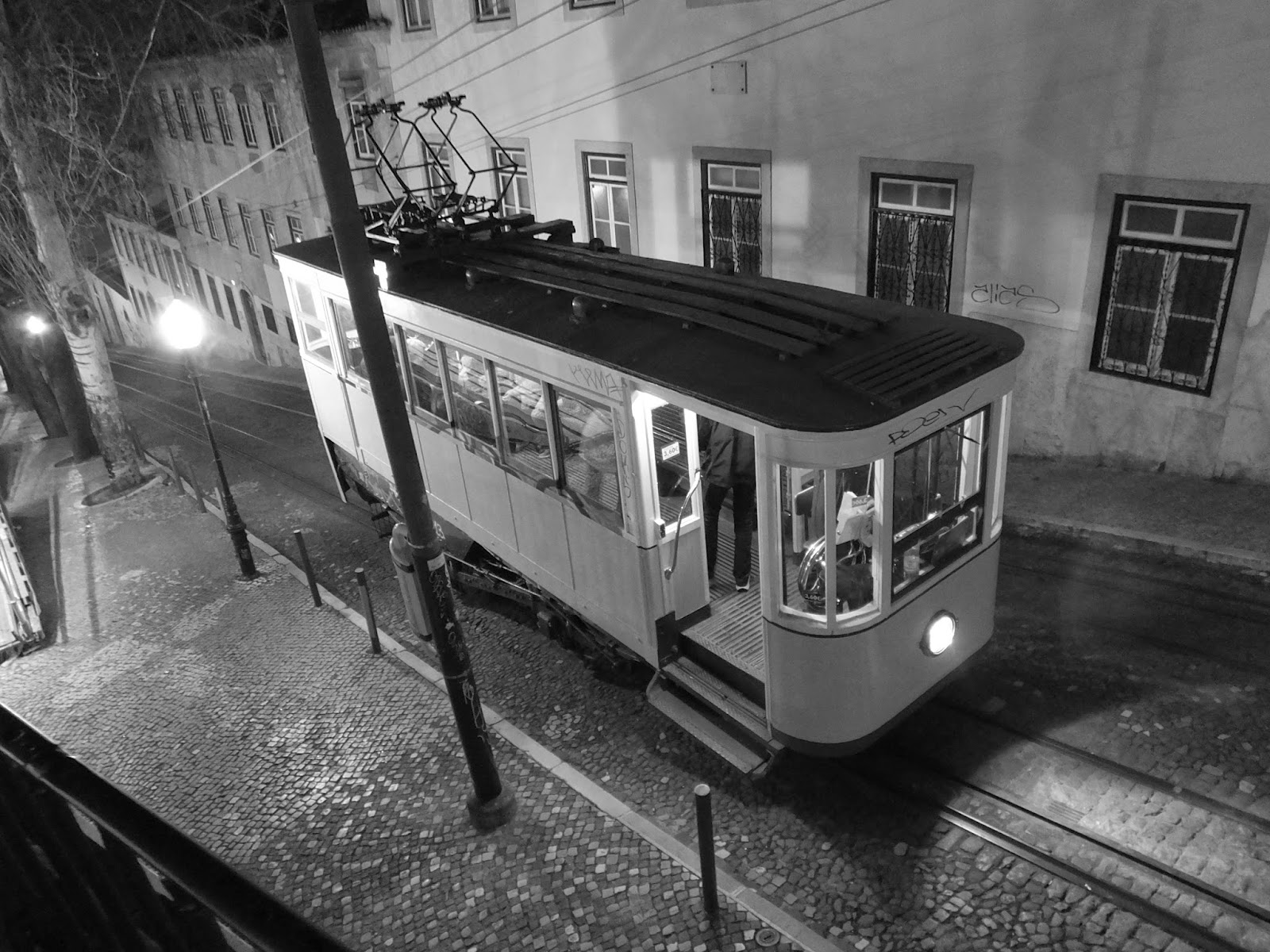 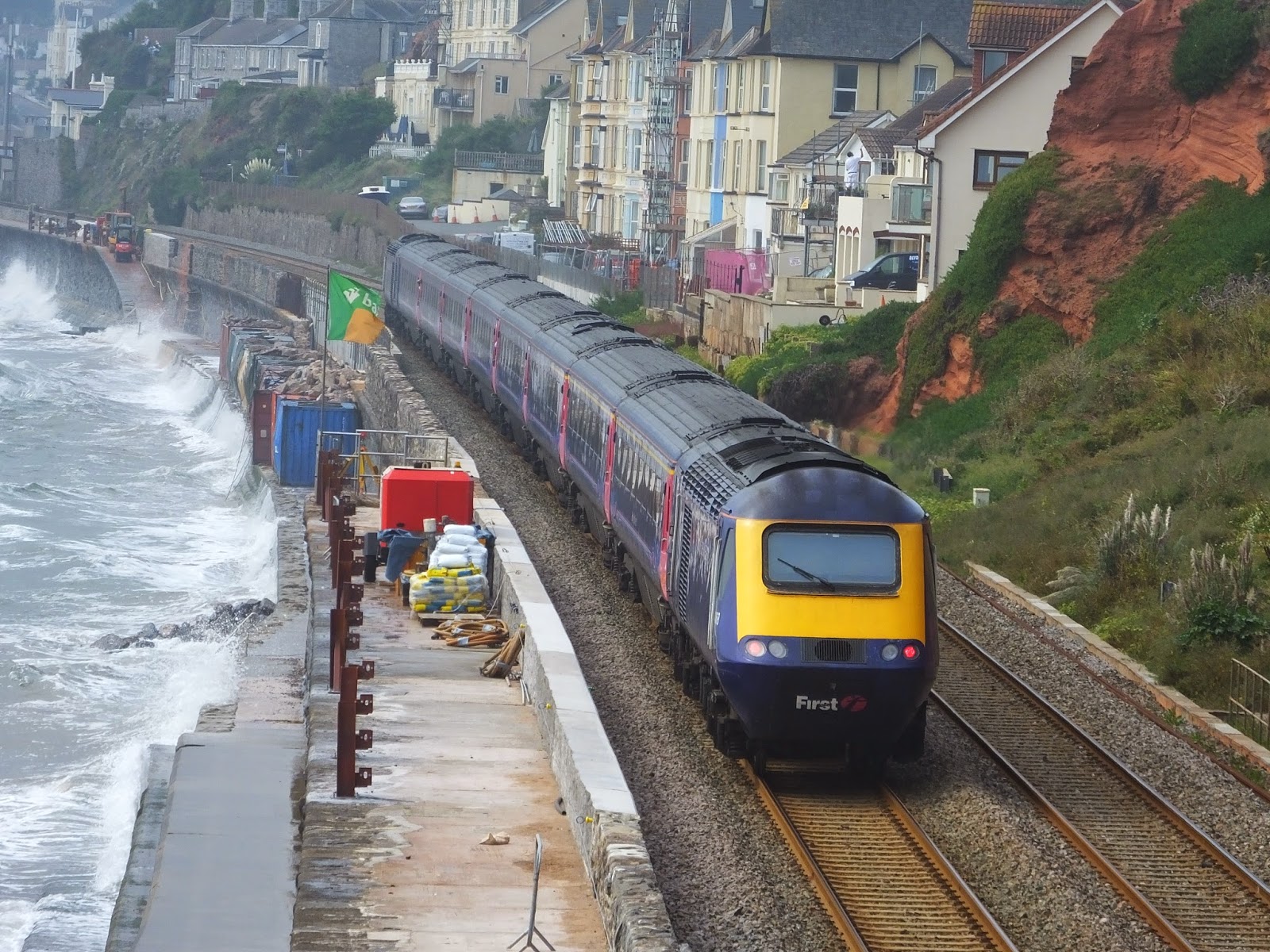 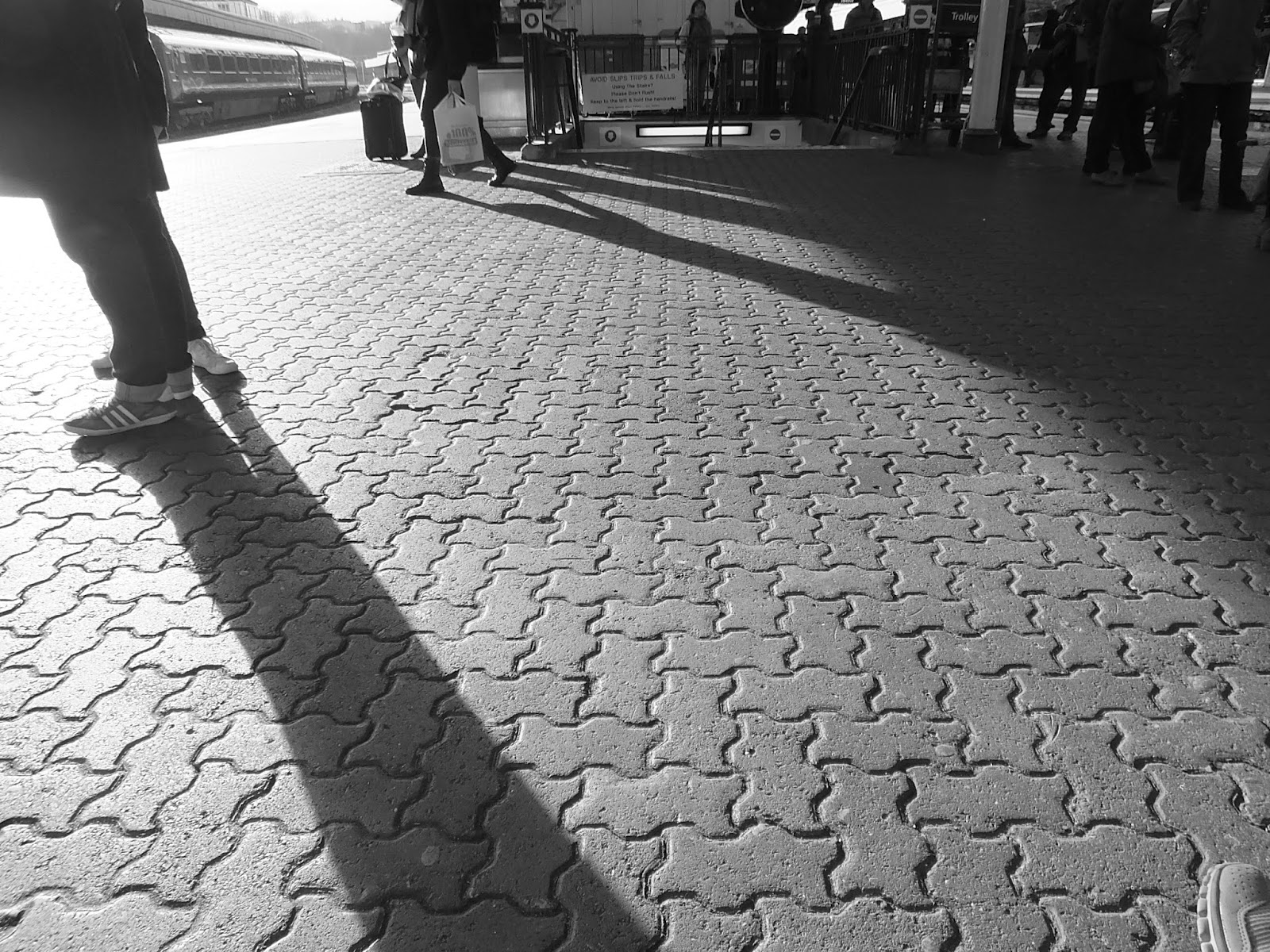 Posted by Steve Sainsbury at 05:18 No comments: 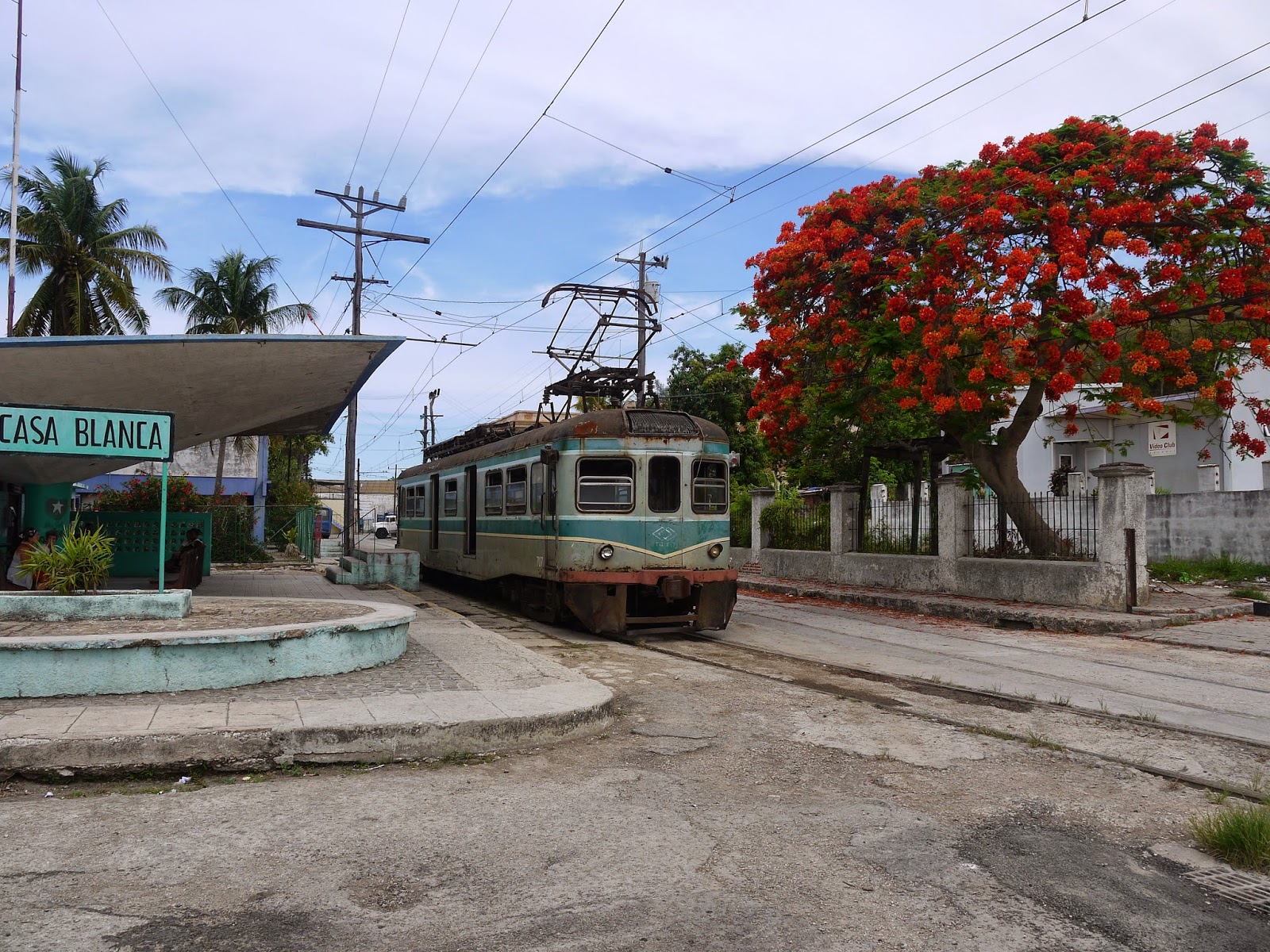 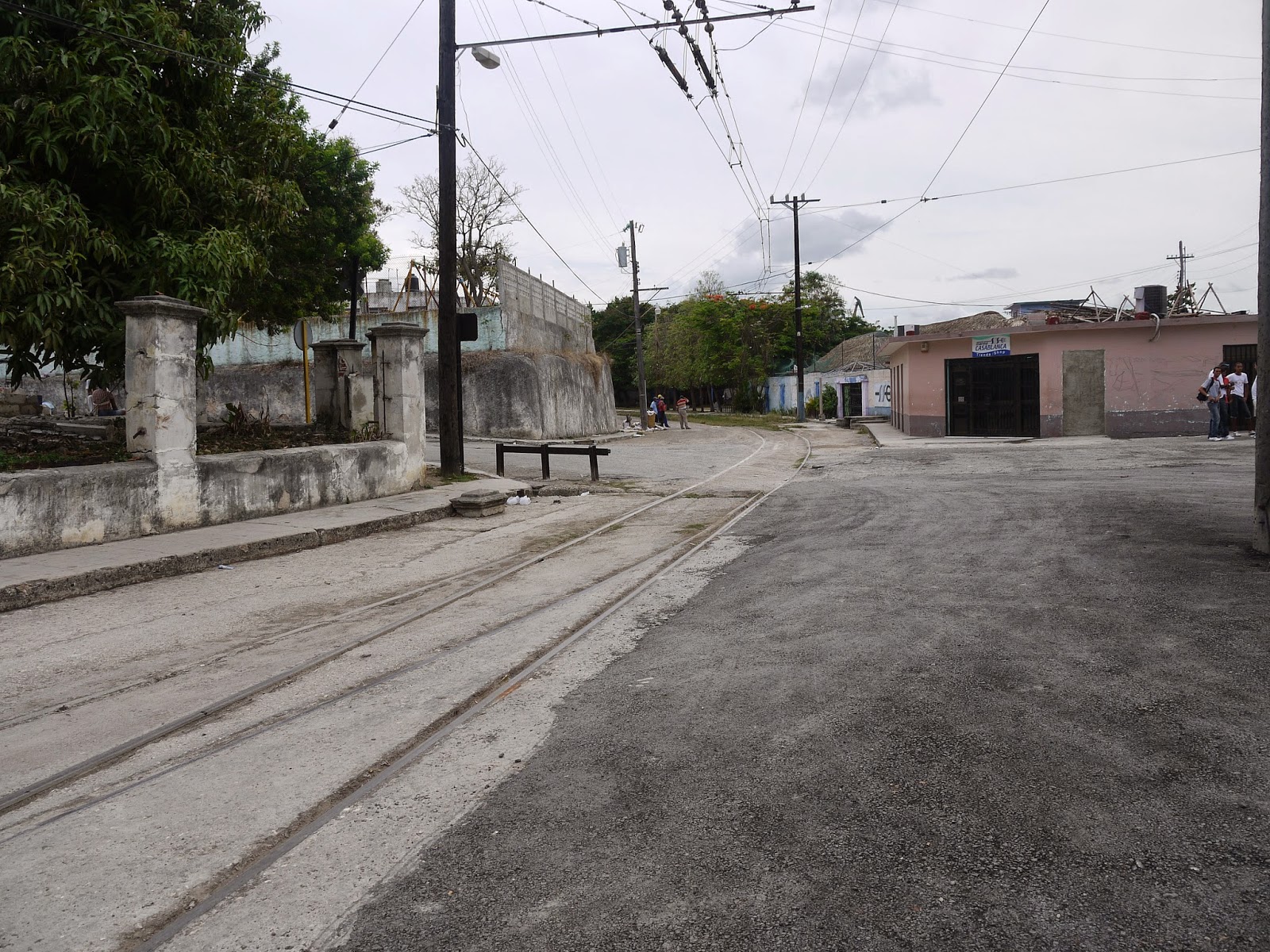 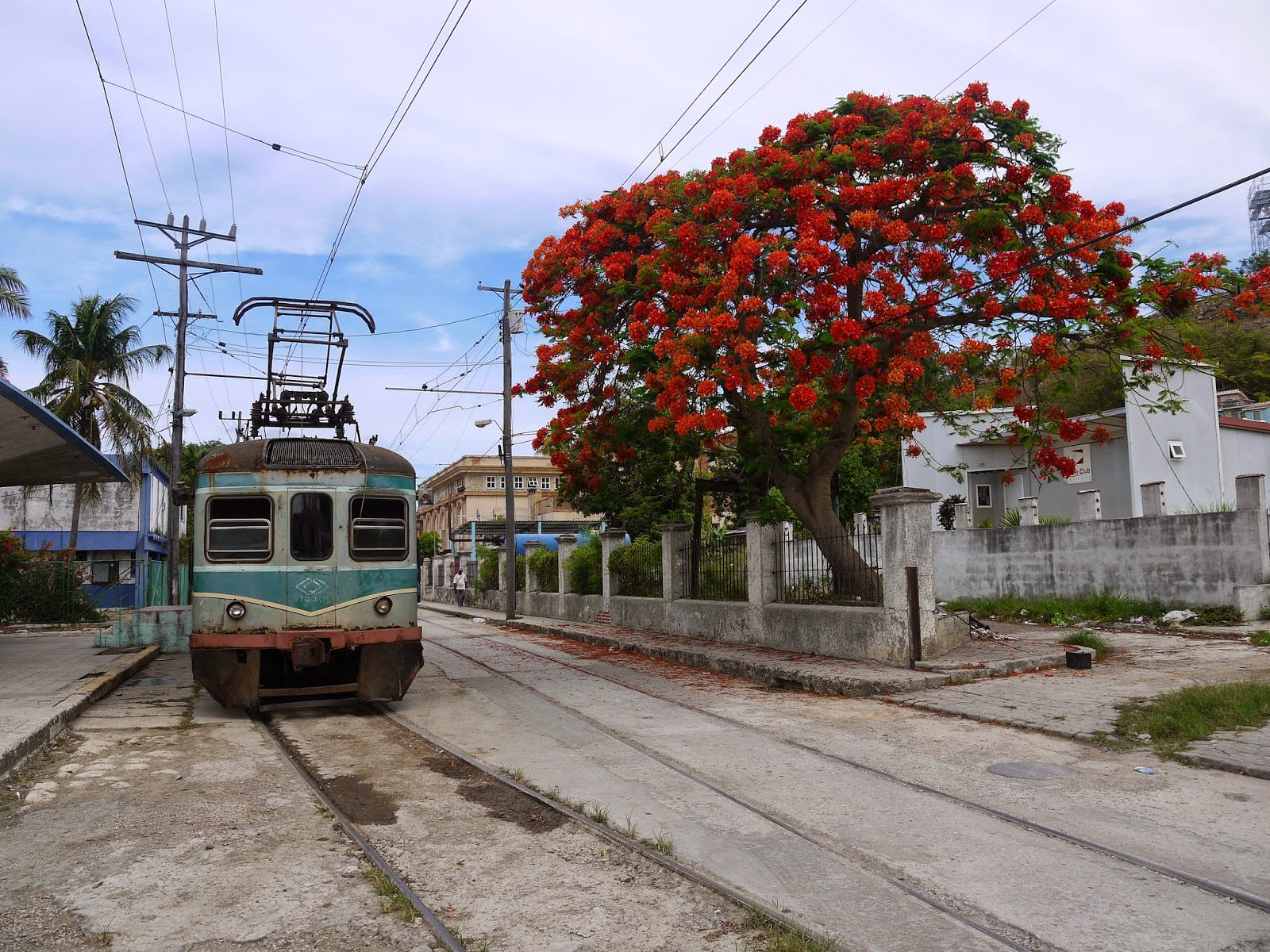 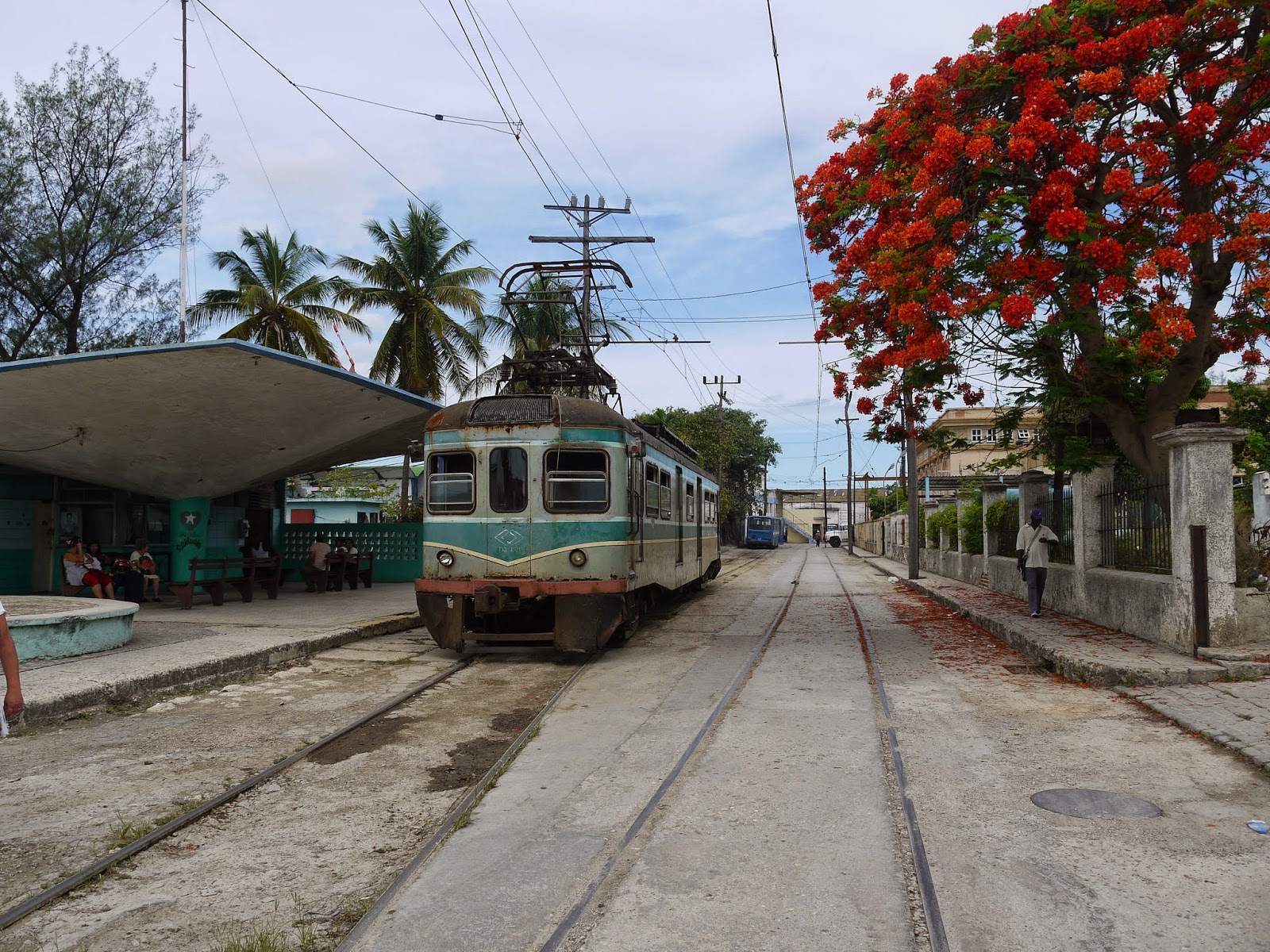 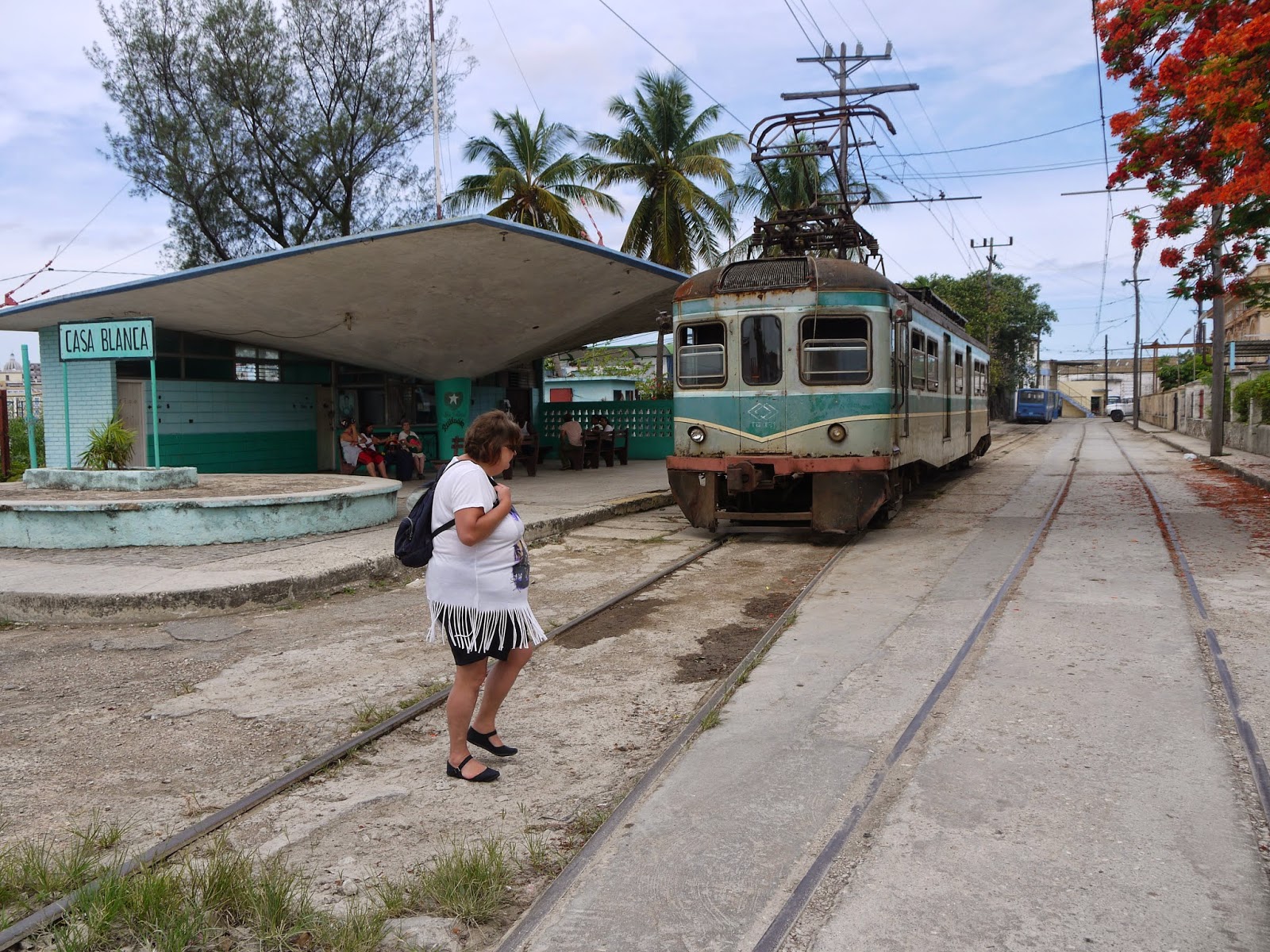 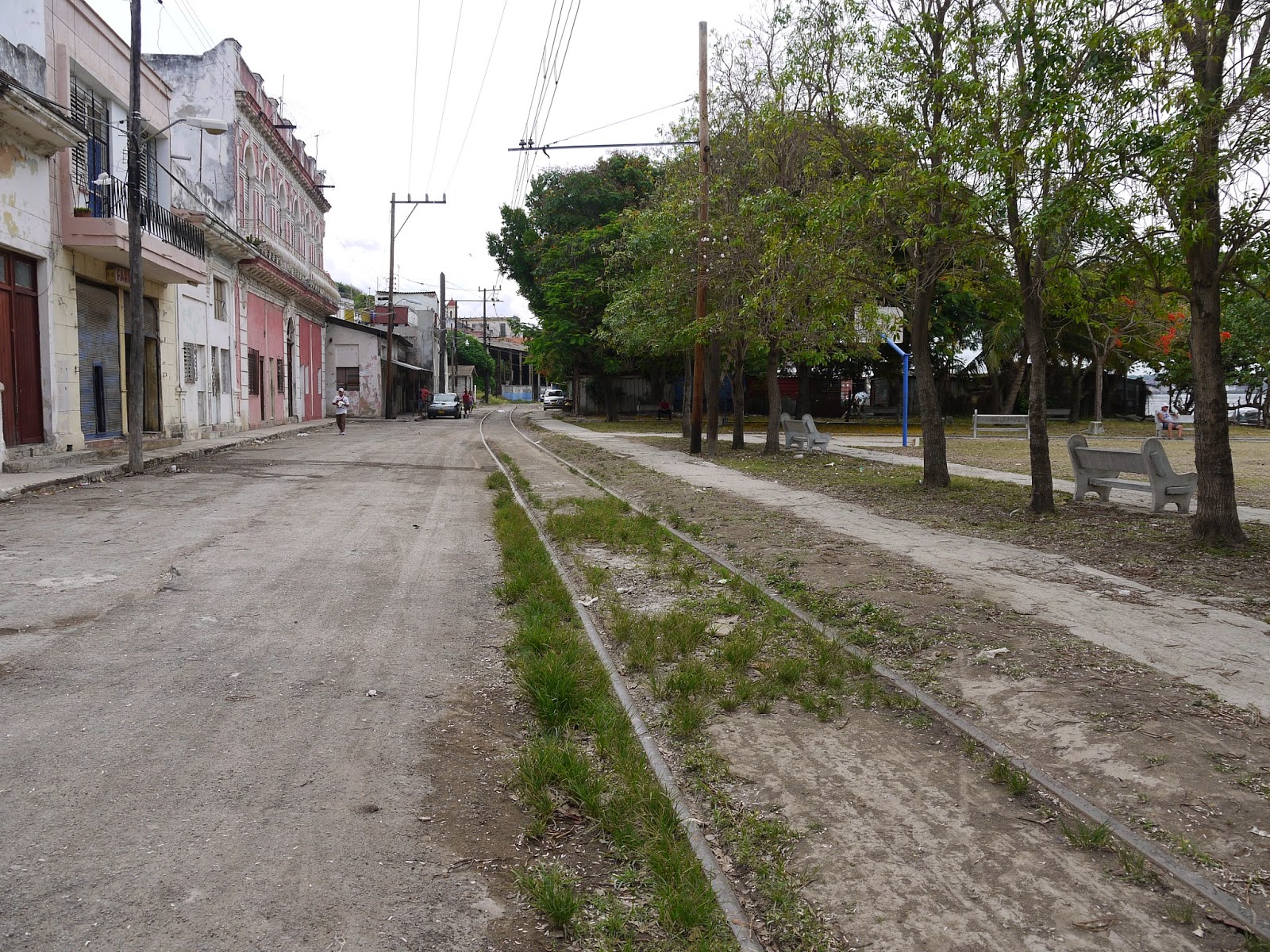 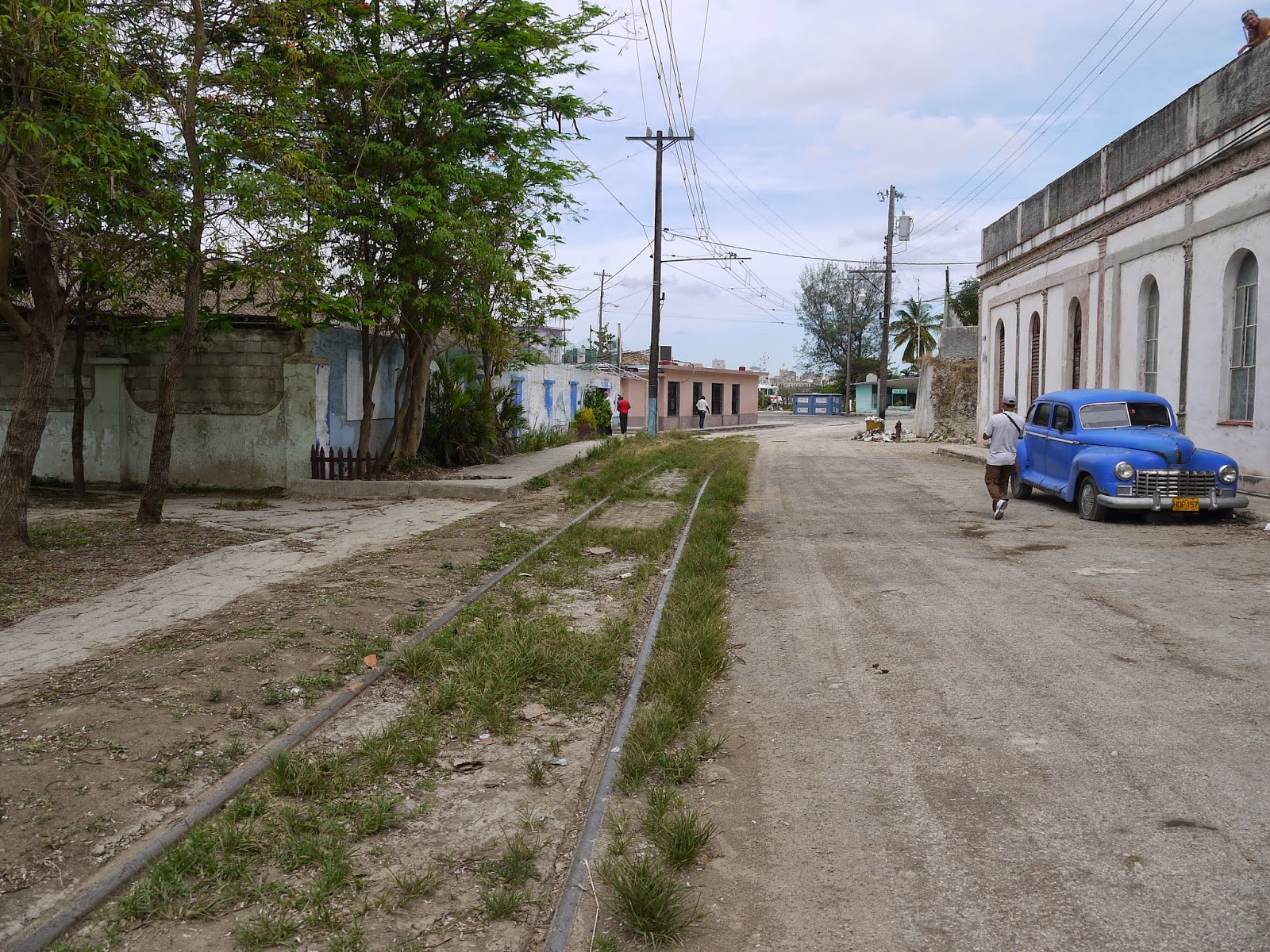 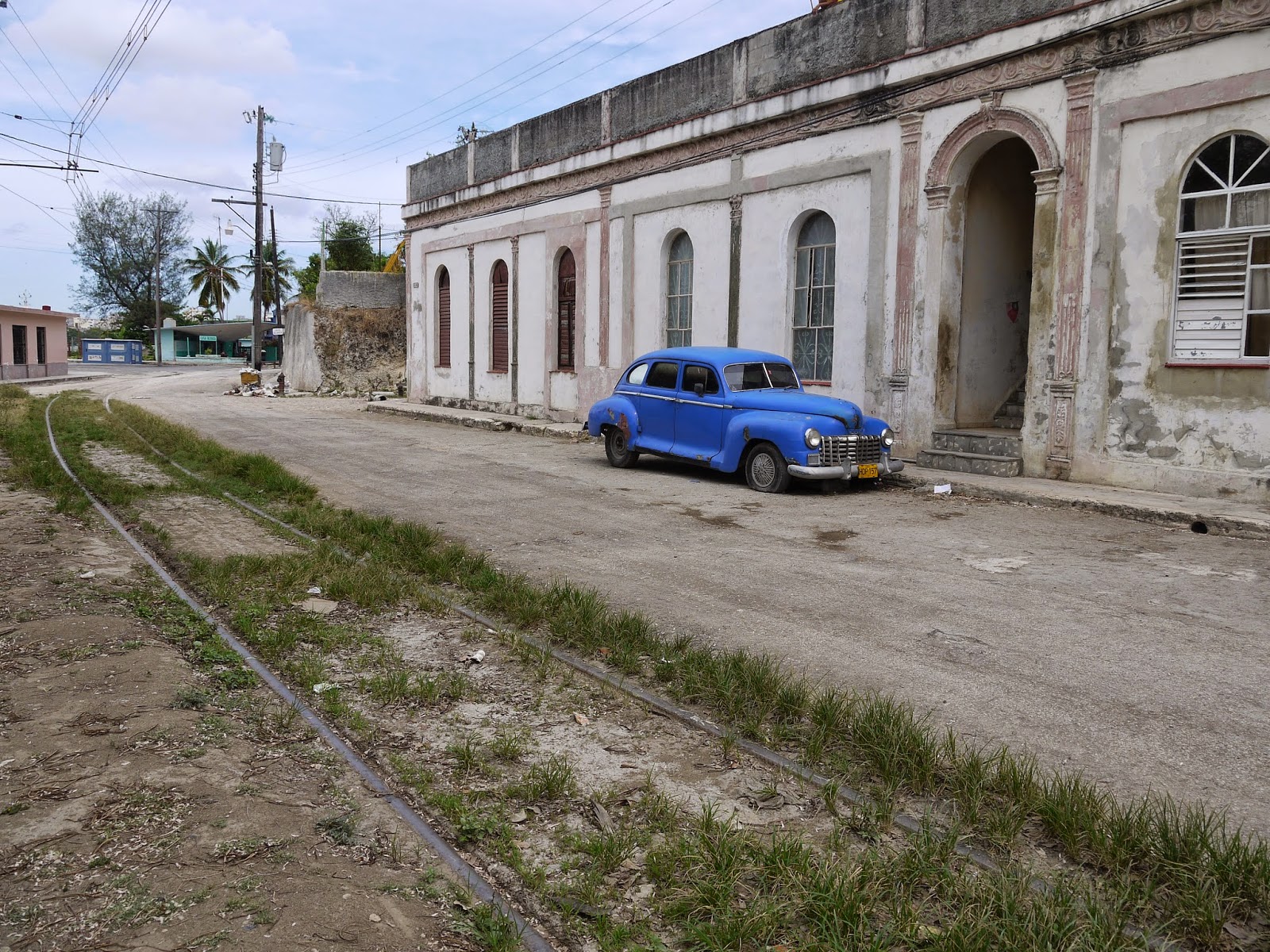 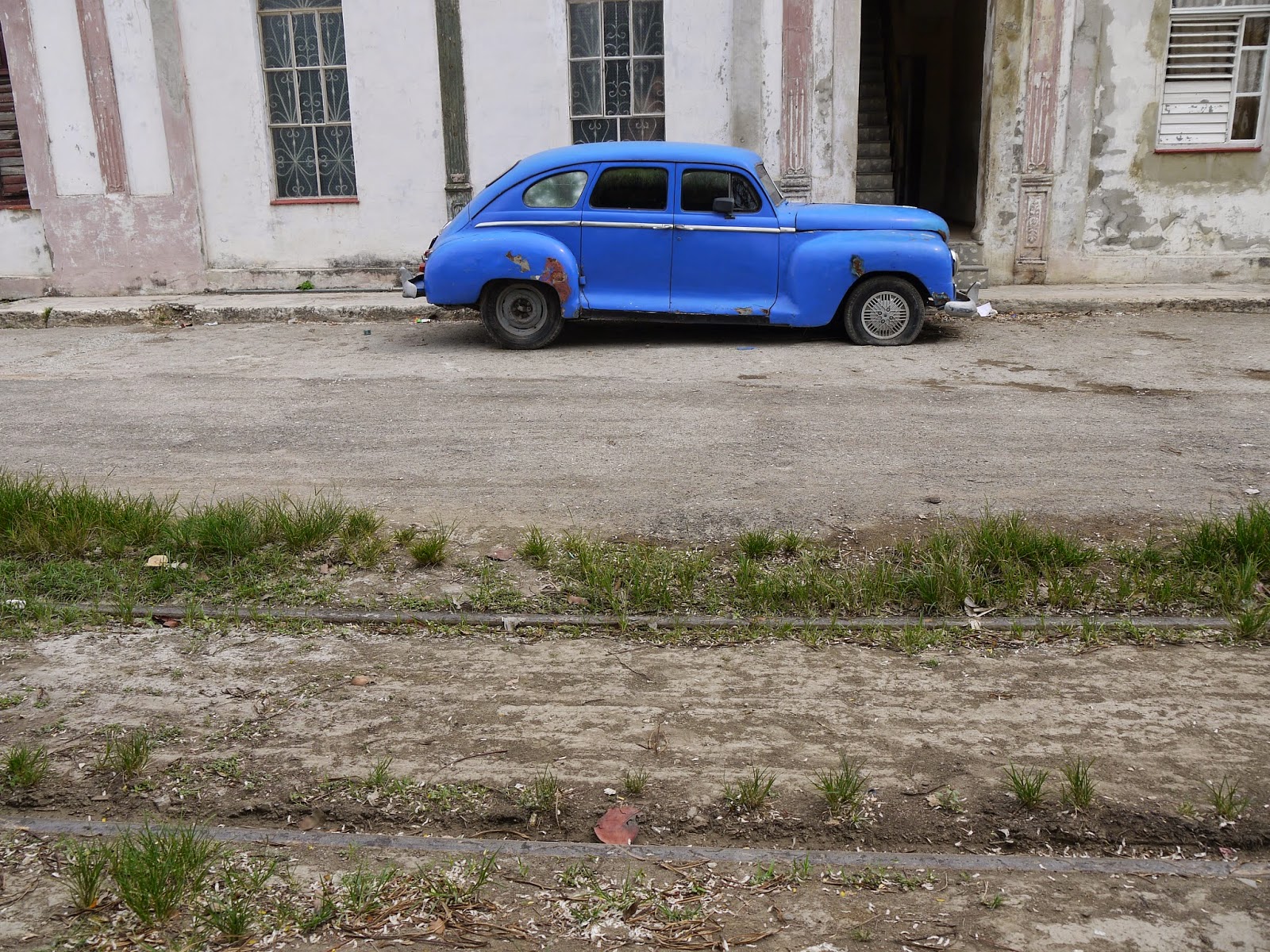 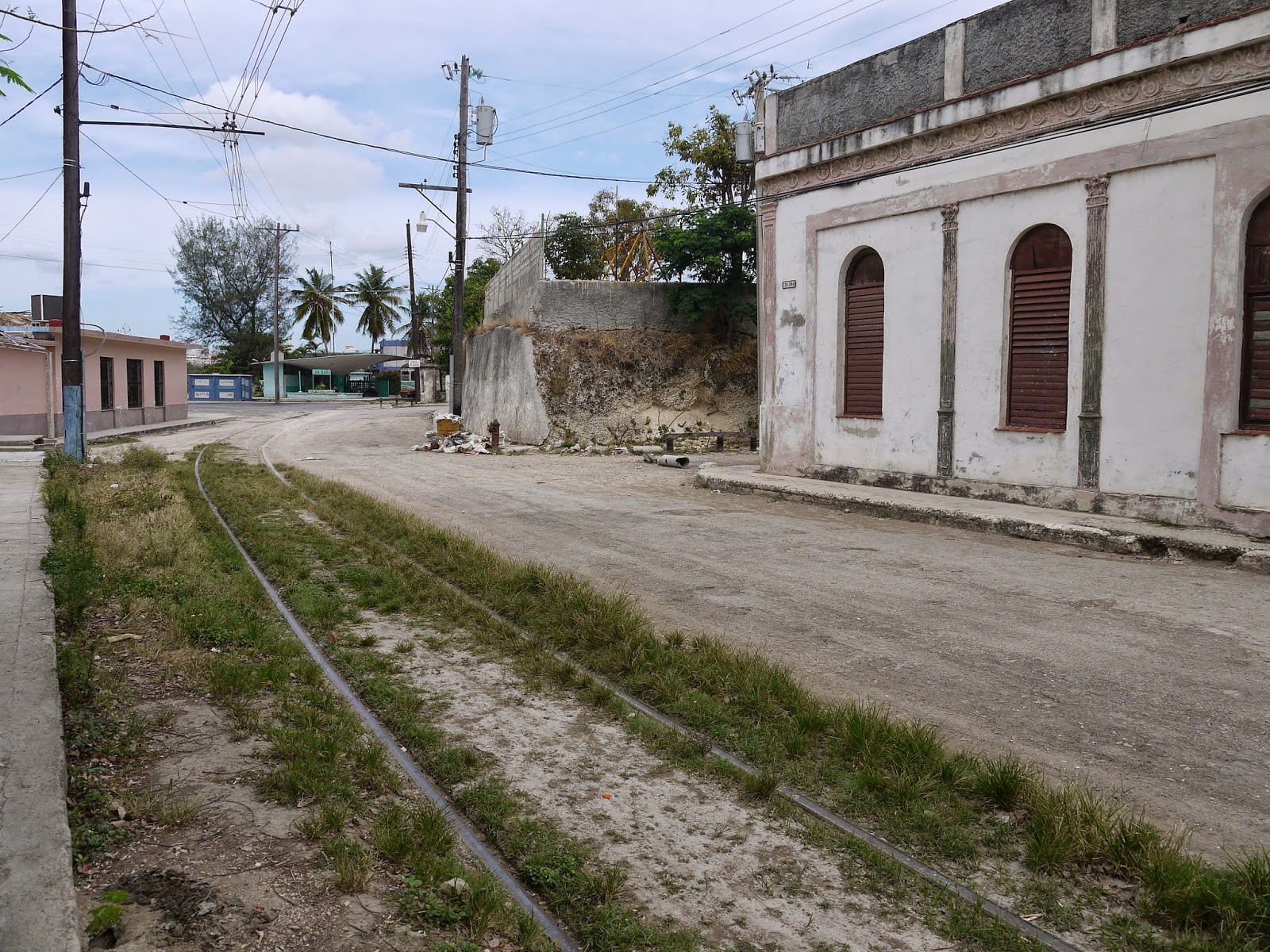 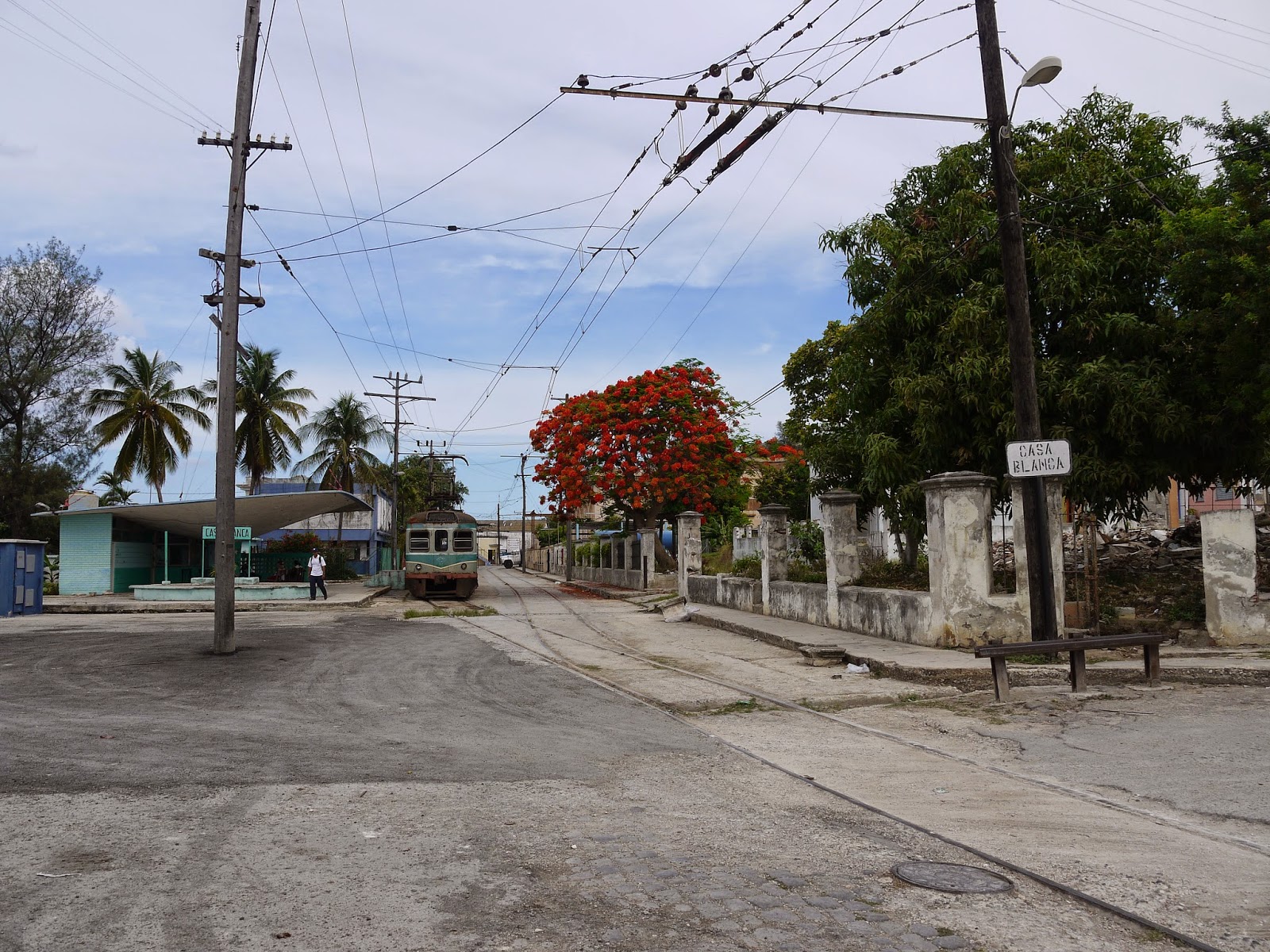 One of the most interesting aspects about being a rail enthusiast is that you often find  yourself in some very strange places! I'm not a very adventurous person but I have been to a few odd places over the decades.

One of the oddest was Casablanca station in Havana, Cuba, back in 2011. We had planned to travel on the Hershey Railway and stay overnight on the beach before coming back. But neither of us was feeling particularly well, and when we reached the terminus of the line (by ferry) my wife found the whole place a bit creepy, even scary. It looked to me like the line had closed and that a battered electric unit had just been abandoned at the tumbledown station. Except this was actually the next train. It was around 30 degrees and very humid, and a five hour trip, even with a beach at the end, suddenly didn't seem like such a good idea.

So I took a few photos of the street running section, then we made our way back to our hotel.

Luckily we did, because over the next few days we got more and more ill and I was on oxygen for most of the long flight home. It turned out we'd picked up campylobachter (which as vegetarians should be impossible) and it took me three months to fully recover.

All a far cry from watching trains at Lyminster crossing or walking abandoned trackbeds in Sussex in the 60s - but that's the beauty of rail enthusiasm - variety!

The Hershey Electric Railway, also known as the Hershey Railway, is a standard-gauge electric railway that runs from the suburbs of Havana, Cuba, to the town of Matanzas, approximately 92 kilometres (57 mi) to the east. There are a number of intermediate halts and a station and depot at the town of Camilo Cienfuegos, better known by its pre-revolutionary name of Hershey. The railway is the only surviving electric line in Cuba. The railway was built by The Hershey Company to transport sugar to the port of Havana. The original electric interurban cars were bought from the J. G. Brill Company, but these were replaced by cars from the Ferrocarrils de la Generalitat de Catalunya in the 1990s.

There are usually four trains per day from Havana Casablanca to Matanzas, but the service is irregular and journeys may be truncated without prior notice. The main stops are at Guanabo, Hershey, San Mateo, Jibaco and Matanzas, but there are numerous intermediate halts serviced on demand. There are four branches from the main line in current use, running to Playas del Este, Jaruco, Bainoa and Santa Cruz del Norte. These are rarely used since 2000, but in the summer months, diesel hauled excursion trains run from Havana's La Coubre station to Playas del Este, a popular destination for city dwellers. Other branches exists but have not been used in recent years. When the Hershey line was constructed, the main railway operator in Havana province, United Railways, refused to allow the Hershey train access to its tracks so a new terminus was built at Casablanca, which is across the harbour from Habana Vieja, connected by a ferry service.

Posted by Steve Sainsbury at 12:05 No comments: