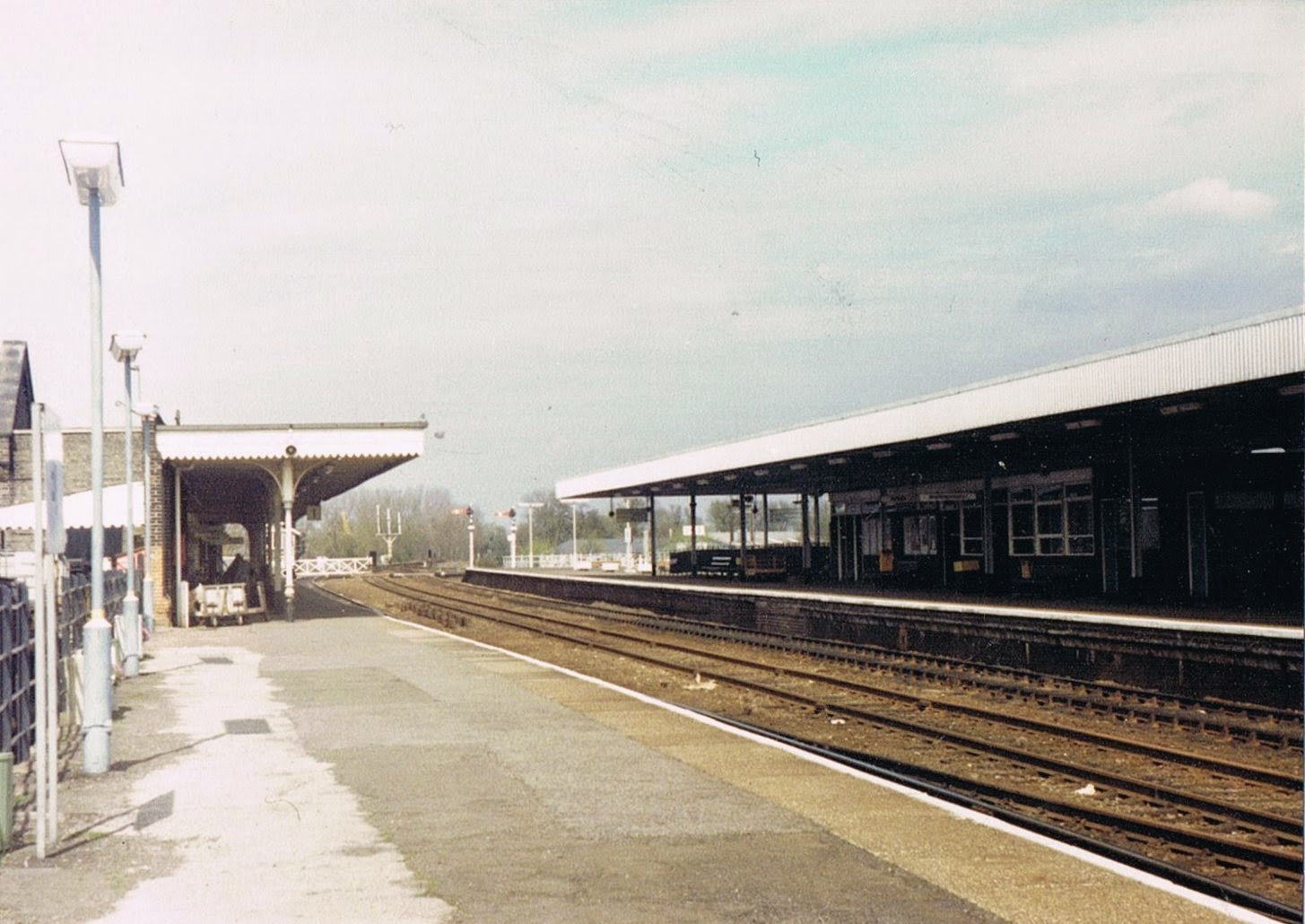 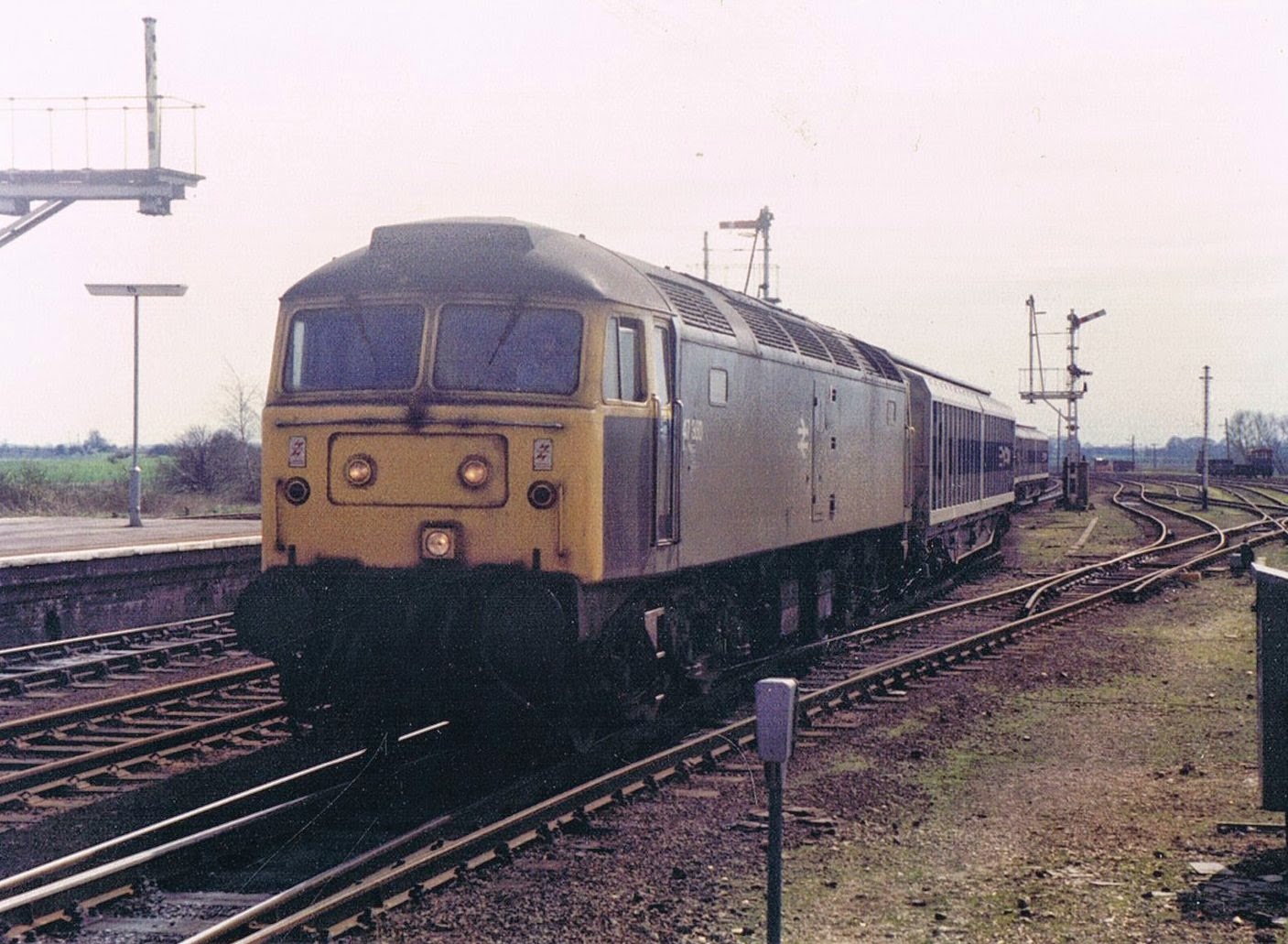 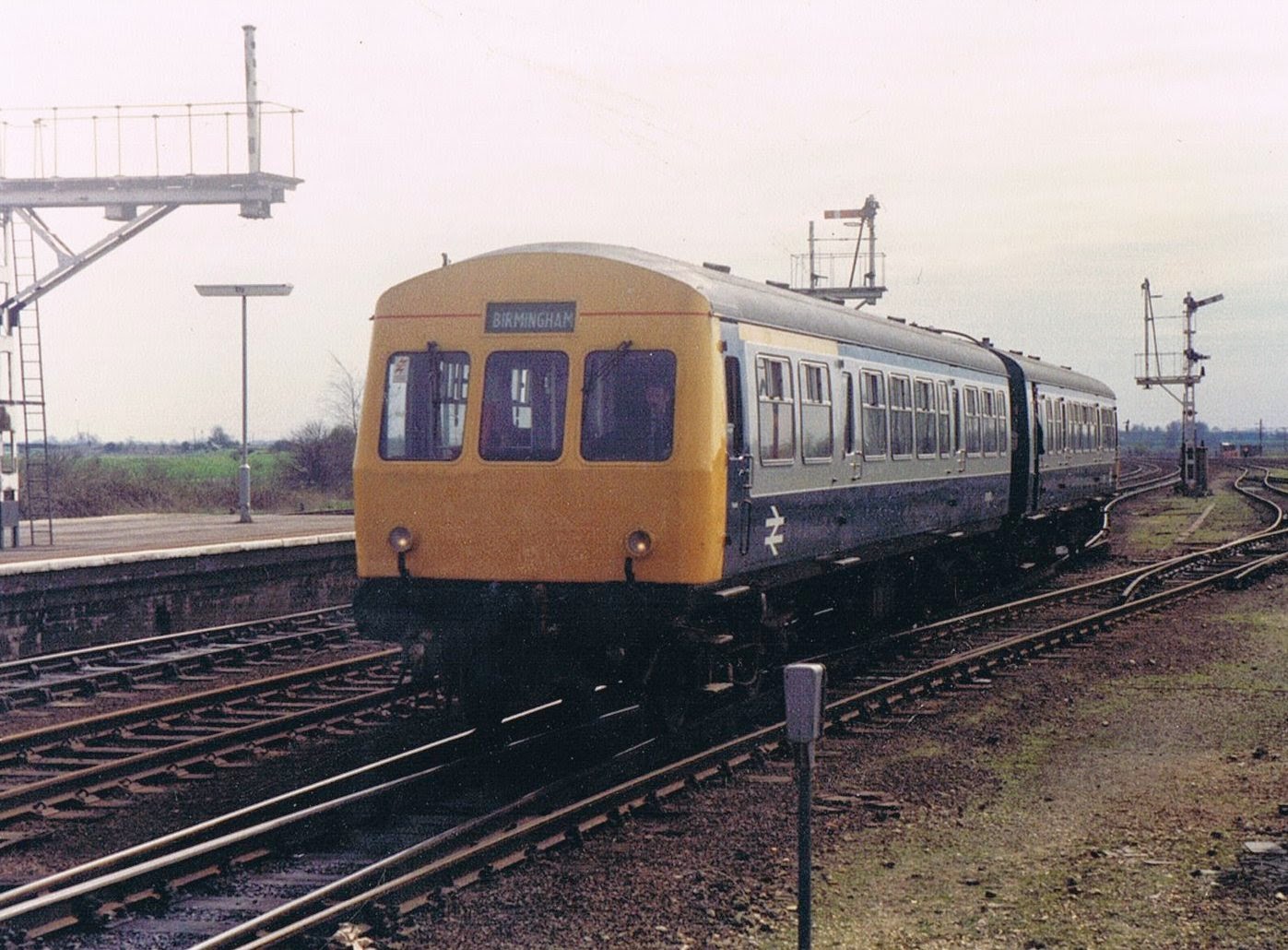 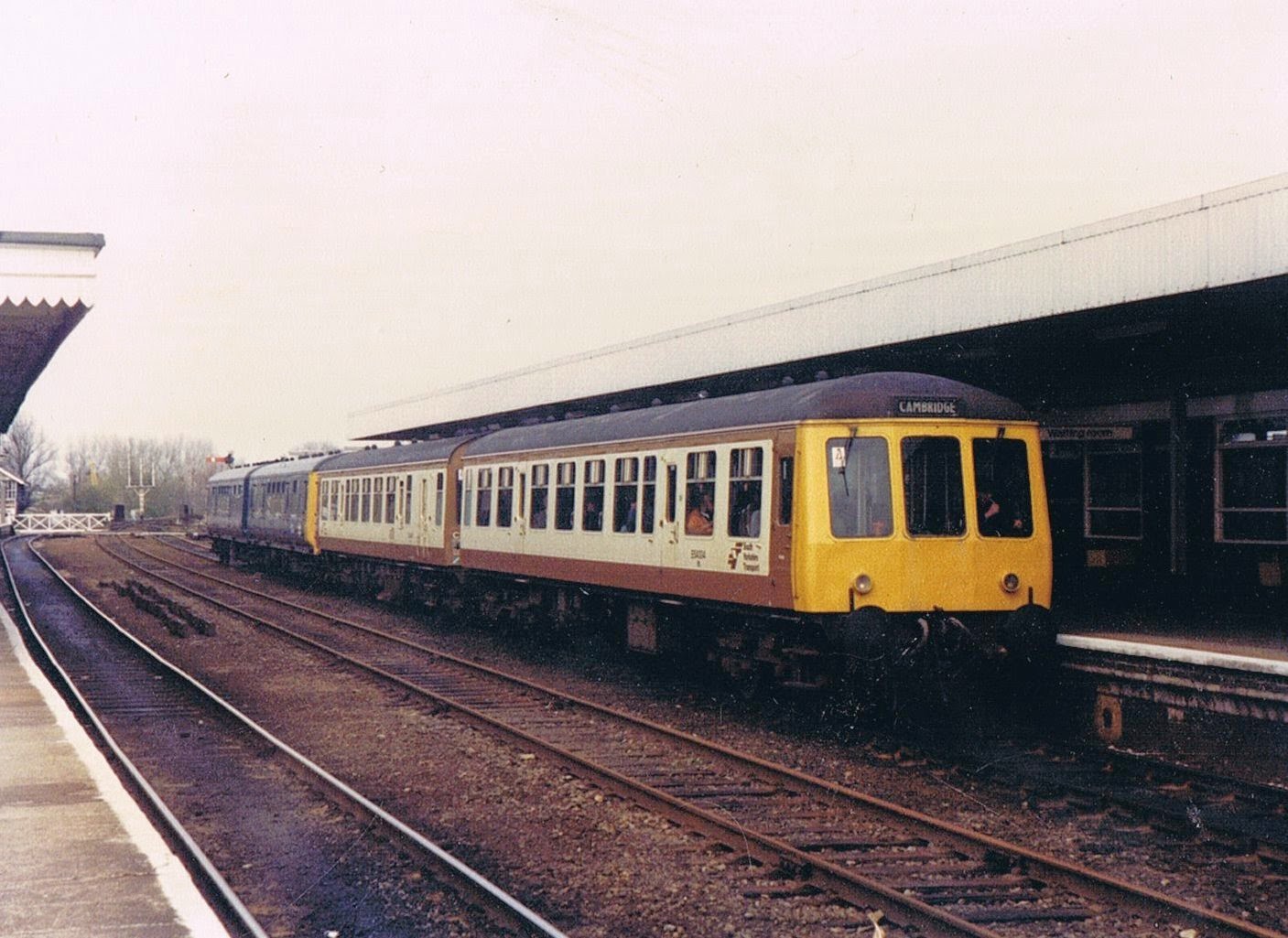 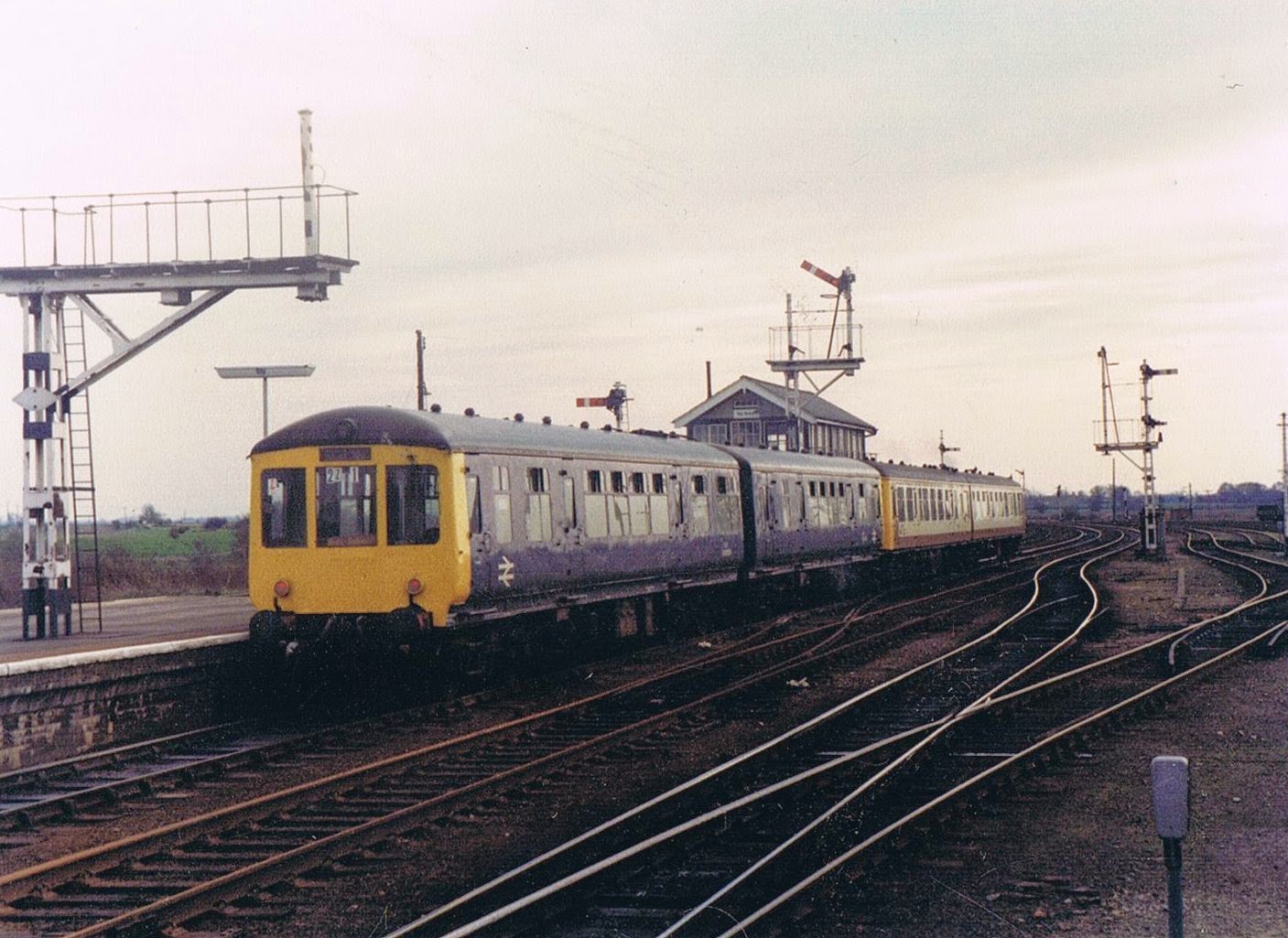 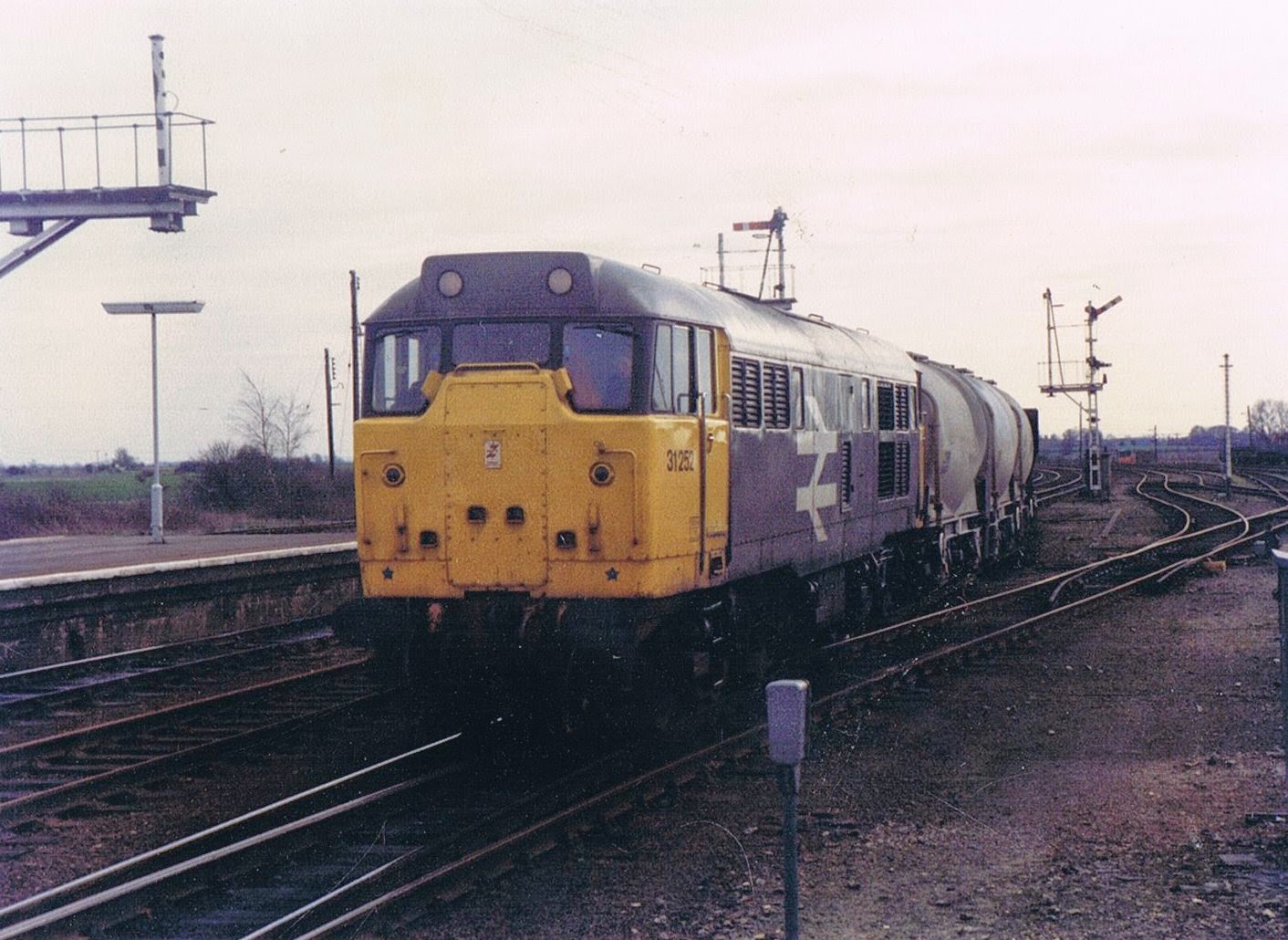 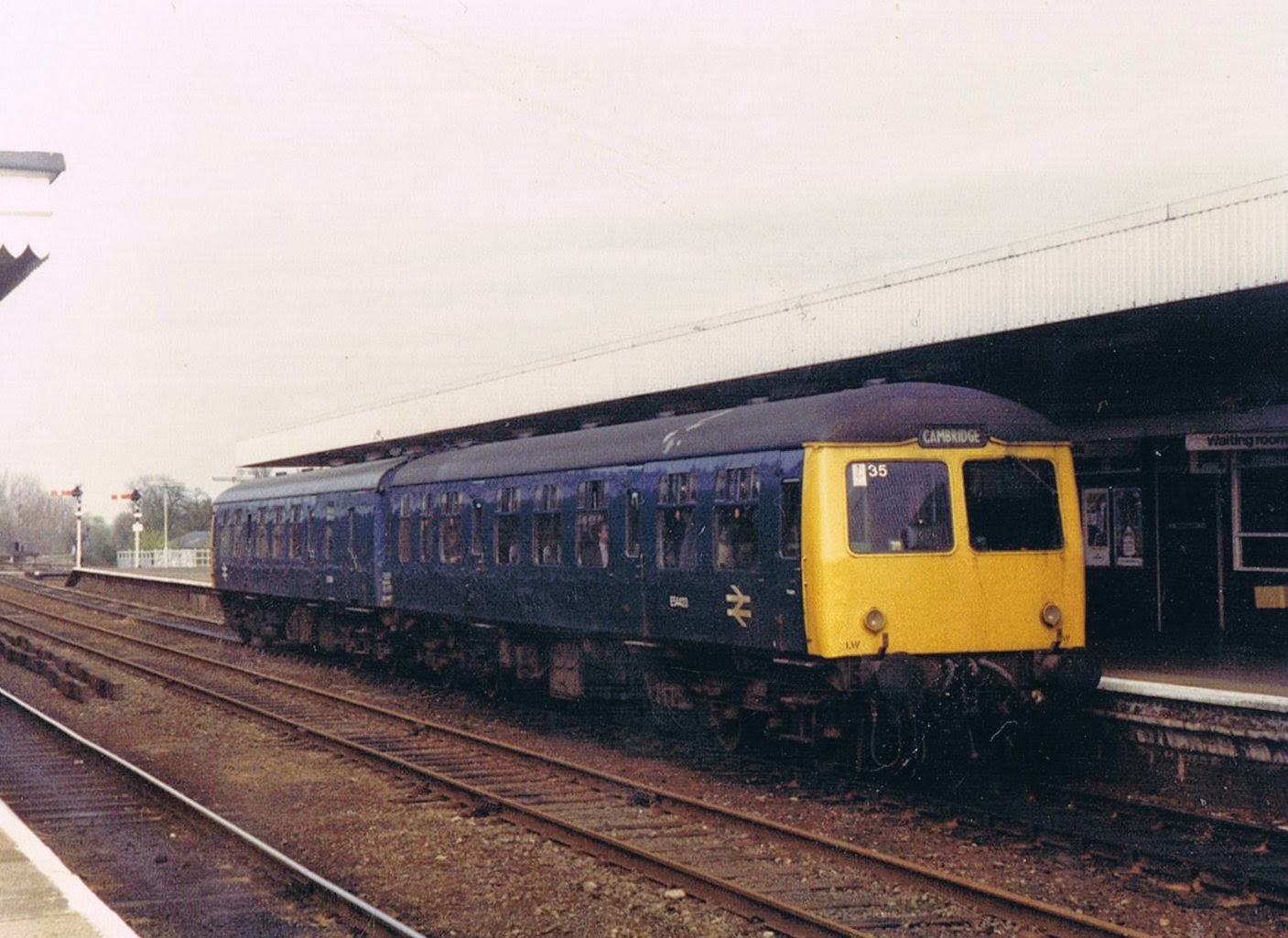 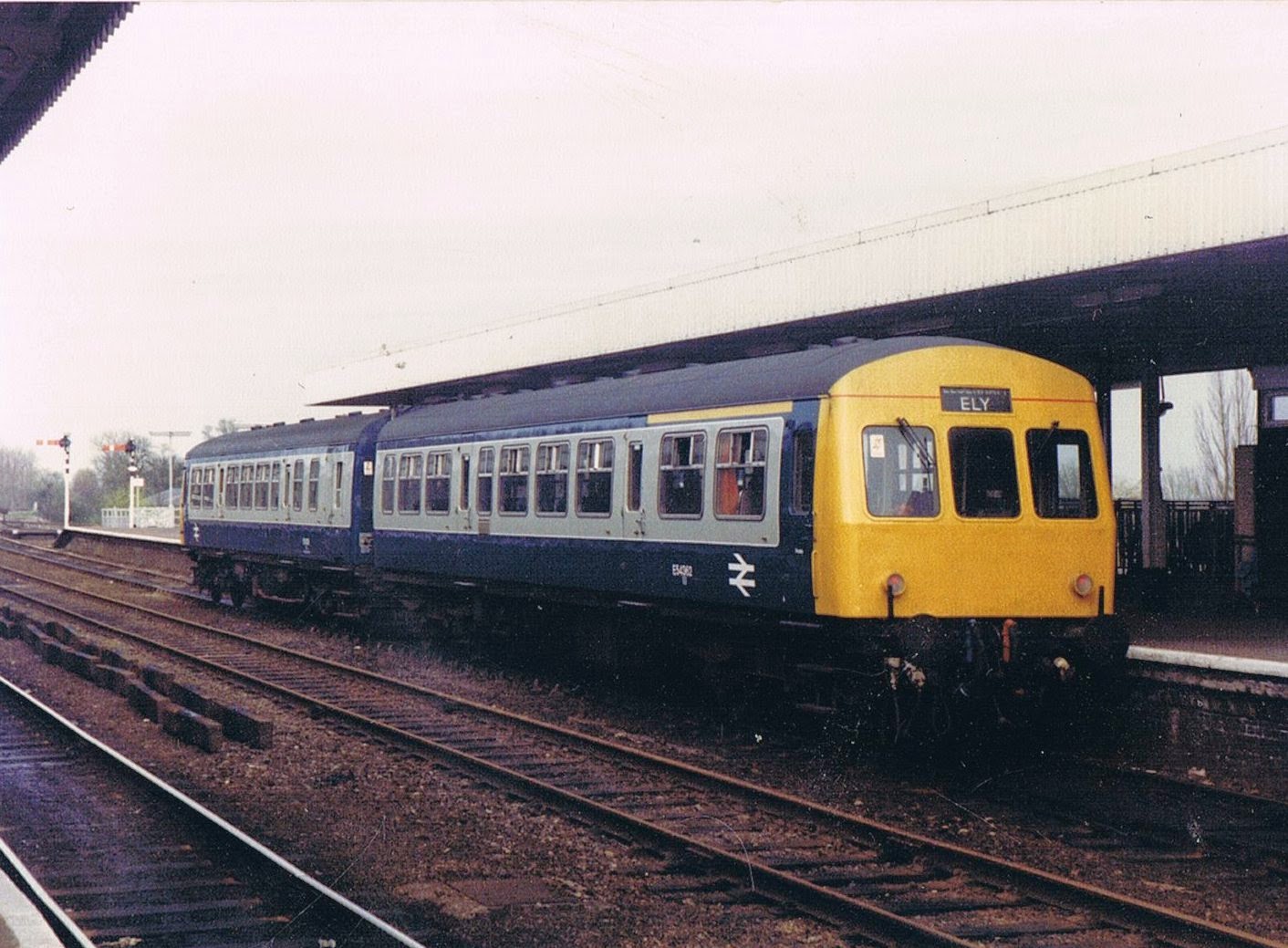 Another place I've only visited once (so far), Ely in Cambridgeshire. The date is 28.4.1986 and the station is busy with a variety of diesel traction including classic DMUs. Sadly Eastern Region units were not numbered, so identification isn't easy. It's probably safe to say that all the units here are now scrapped. I particularly like the  one that appears to be in GWR livery - it's actually a South Yorkshire Transport vehicle, so still quite a way from home.


Ely railway station serves the city of Ely in Cambridgeshire, England. The station lies on the Fen Line from Cambridge to King's Lynn, which is electrified at 25 kV AC overhead. It is a busy station served by trains running to a variety of destinations including Cambridge, Stansted Airport, London (King's Cross and Liverpool Street), Ipswich, Norwich, King's Lynn, Peterborough, Leicester, Birmingham, Nottingham, Sheffield, Manchester and Liverpool. Ely station was built in 1845 by the Eastern Counties Railway at a cost of £81,500, the land on which it was built being a marshy swamp.[2] The station was modified substantially in the early 1990s, at the time that electrification was taking place.
Three other non-electrified lines meet at Ely:
Ely station won first prize in the station of the year competition 1987 (medium-sized category).

The station is served by four operators:

The Hunstanton portion of the 10.39 service from Liverpool Street at Ely in 1958

Station platforms viewed from across the bridge

On Friday 22 June 2007 a goods train derailed at Hawk Bridge which carries the Ipswich line over the River Great Ouse a mile south of Ely. Photographs showed derailed wagons on their side, only prevented from plunging off the embankment by subsidiary structures and their attachment to the rest of the train. As a consequence of the derailment the bridge had to be rebuilt and there were no train services between Ely and Bury St. Edmunds until the works were completed on 21 December 2007.

Immediately north-east of Ely station, the railway lines pass on a bridge over the A142. The height available for road traffic passing beneath the bridge is only 9.0 feet (2.7 m) which is unusually low for a bridge over an A-road. Despite the various warnings, the limited headroom is a frequent cause of accidents. High vehicles must use a level crossing next to the bridge.

Posted by Steve Sainsbury at 10:13 No comments:

Waverley - the next step 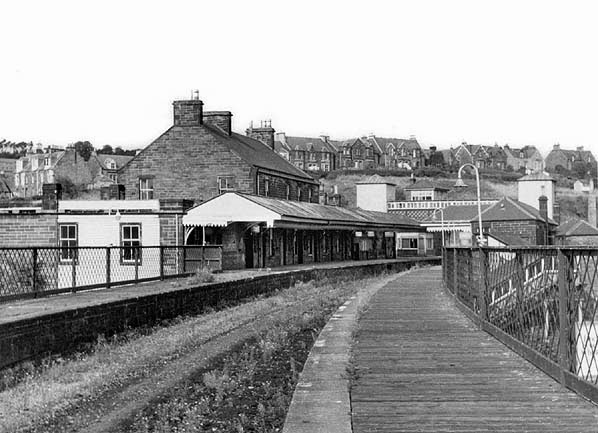 Alex Salmond, First Minister of Scotland, gave a speech at Carlisle on 23 April addressing Scotland's future. He believed the Borders Railway will be profoundly successful and said that its success will 'calibrate' any feasibility study on further extension to complete the connection between the Borders, via Hawick, and Carlisle. Simon Walton, the chairman of the Campaign for Borders Rail, told the First Minister this unfairly means the economic prospects for those communities depend on the patronage of the line between Tweedbank and Edinburgh, rather than their own merits. Mr Walton said "The First Minister spoke at length about harnessing the potential of communities on both sides of the Border, but the Central Borders communities are being missed out. We still lobby for the reinstatement of the remainder of the line, because we believe that the Borders communities deserve their economic regeneration as soon as possible, and the railway would be a direct, tangible and effective means of doing so." A reopened line from the Borders to Carlisle would give an important link, initially to the West Coast Main Line through to the North West, Midlands and London. It would subsequently allow High Speed Rail services running through onto HS2 south of Crewe. The benefits of this link to the Borders' economy are there and must be explored and identified sooner rather than later.
Posted by Steve Sainsbury at 05:00 1 comment: