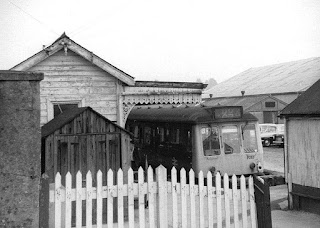 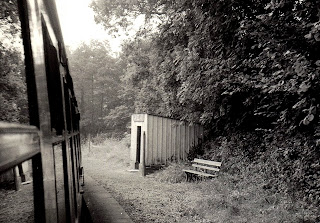 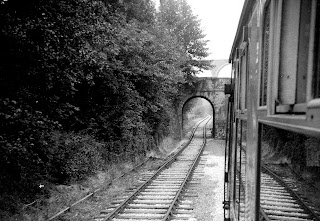 Following on from Abby's picture of Liskeard yesterday, here are some 1972 shots I took on the branch.

This line is very scenic and also extremely useful, although the strange junction arrangements at both Liskeard and Coombe Junction did lead the GWR to propose an alternative branch line in the 30s, which fortunately never happened!

The line is now VERY busy and getting busier every year. Cornwall held on to a few of its branches - Falmouth, Newquay, Looe and St Ives, but sadly some lines which really should not have closed - and are DESPERATELY needed now - still remain closed. Helston is bringing its line back bit by bit, and the Bodmin Railway is getting closer to Padstow, Fowey has a freight line only but Bude is still about 30 miles from the nearest railhead and Newquay's other branch, which served lots of Cornish villages, remains closed.
Posted by Steve Sainsbury at 11:41 No comments: 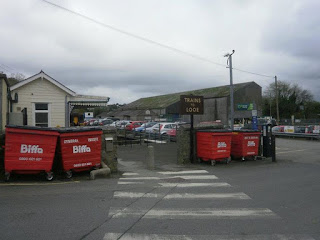 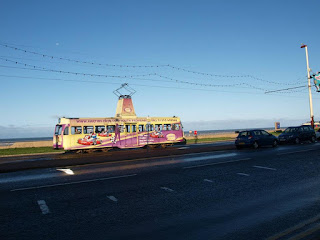 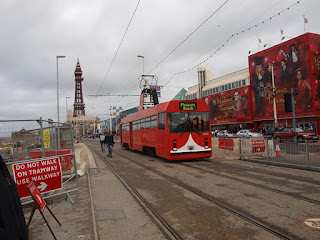 Nice to see I'm starting to have an influence on my two stepdaughters! They've both posted rail shots to Facebook today, and both from locations I've visited and photographed.

Liskeard looks hardly different from when I photographed it back in 1972, though the mock WR sign is a new feature. And Blackpool is, at last, starting to update its tram fleet with some fantastic new vehicles, which I believe they're going to roll out a couplke a month.
Posted by Steve Sainsbury at 12:41 No comments: 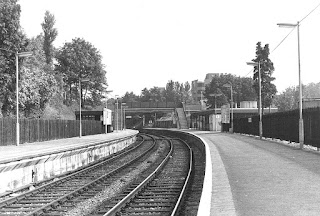 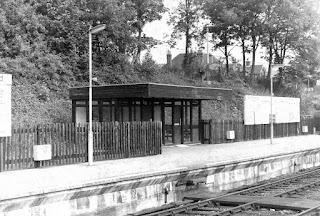 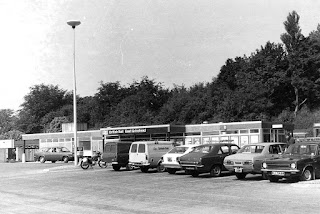 (All 1.8.1977)
East Grinstead will soon have trains to the south again once the Bluebell Railway finally gets through Imberhorne. Back in 1977 the dream of steam returning to East Grinstead would have been an impossible one, which just shows how much progress has been made in the last 34 years!
Of course back in 1977 rail was on the defensive, you couldn't even be sure that East Grinstead would survive, beoing on a dieselised and truncated route. Once East Grinstead had lines to all four points of the compass, by 1977 you could only go north. Soon you'll be able to head south again, and no doubt eventually east and west as well as the Three Bridges to Eridge route returns to the map. The 1967 closure of the route which gave access to Gatwick Airport and Tunbridge Wells was particularly short sighted!
East Grinstead originally had both an upper and lower station - the lower station is the one that survives. Hopefully future developments will allow all trains to use this lower station to make interchange easier.
Once trains start to operate southwards of East Grinstead how long before the pressure builds on the Bluebell to restore the Sheffield Park to Lewes line? This would give the Bluebell a genuine purpose again as well as allow it to tap into tourist traffic from Brighton and Eastbourne. Okay, so today a lot of people visit the line by car or bus, but these options will disappear altogether over the next few decades. And with the Bluebell also owning the Ardingly route they are setting themselves up nicely for THREE eventual Network connections, surely assuring them of a future role in an energy constrained world?
Posted by Steve Sainsbury at 04:41 No comments: