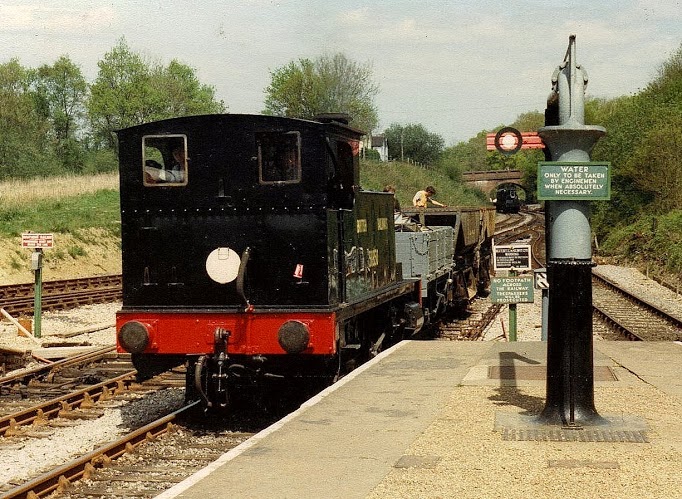 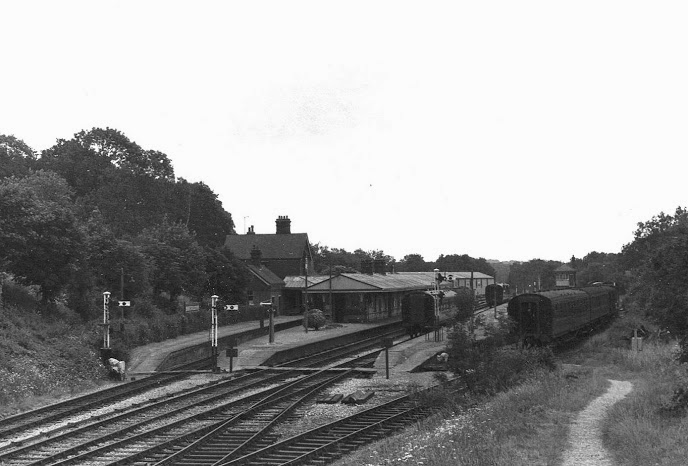 I grew up in Sussex and the Bluebell was a constant presence to me. Loads of people talked about it, everyone I knew visited it and I got to go every year or so. I even joined and volunteered and spent one frosty day working on the track, but back then my only way of getting there was to go to Haywards Heath and walk or go by motorbike.

Back then of course it was a lovely, rural four mile long classic branch line, but things have changed a lot since then! I have done the extension to Kingscote but yet to do the East Grinstead stretch, but I have my eyes on a Steam Tours trip from Alresford to Sheffield Park in October!

The Bluebell has always been rather ahead of the game and have cleverly built their Network connection before oil supplies get tight, which will allow them to continue to bring in visitors and volunteers long after cars are just a fading memory.

And less than a year after making that Network link they are talking about their second! They have owned much of the Ardingly branch for years. Now with East Grinstead reached they can start to redirect their energies towards Haywards Heath.

The Haywards Heath-Ardingly-Horsted Keynes route was always an odd one. It was electrified for a start! It also had a very odd destination - the huge former junction station of Horsted Keynes stuck in the middle of nowhere. No doubt it survived the closure of the main line from Lewes to East Grinstead because it was electrified, but it did eventually close in 1963, leaving the Bluebell isolated from the Network. Most of the line remained open for freight, and is still used by one stone train a day.

Bluebell's plans are to extend to Ardingly first, and then enter into a running rights agreement with the Network to allow them to reach the main line at Haywards Heath. Fortunately the Ardingly route has a separate line into Haywards Heath and there is room for a separate Bluebell station alongside the Network station. Land for this is already being looked at.

The Bluebell is estimating ten years (ie 2024) for this to be completed. When rebuilt this route will give an emergency Brighton-London route, and will also tap dkirectly into the south coast's large population of residents and holidaymakers.

There have been calls to make this route third rail electric, which would be fantastic, but there are health and safety issues, apparently. (Though surely this would apply to the whole Network??) I would love to see the units I grew up with on the south coast running in preservation. We shall see.

And after Haywards Heath is reached? I suspect that the Bluebell will at last start to look south of Sheffield Park, and rebuild that little lost stretch to Lewes. This will increase the flexibility and resilience of their network and will tap directly into traffic from Lewes, Eastbourne and that whole area of East Sussex. It will also create yet another possible diversionary route for the BML.

From a schoolboy's crazy dream in the 1950s to an embryonic network covering a big slice of rural East Sussex, the Bluebell is a magnificent example of the possible and should inspire all of us! 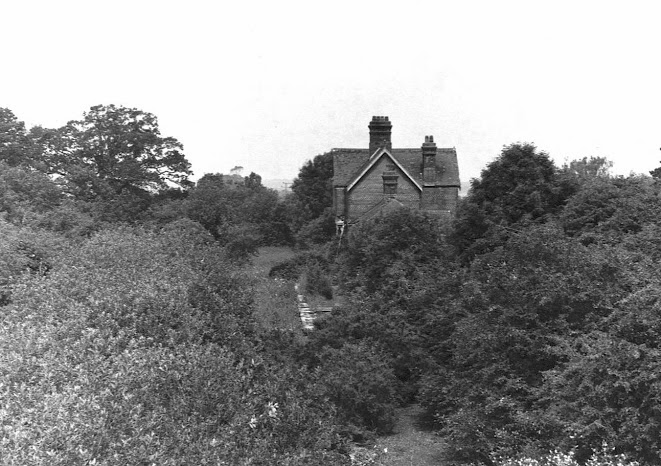 Posted by Steve Sainsbury at 04:02 No comments:

an unusual closed railway ... or tramway? 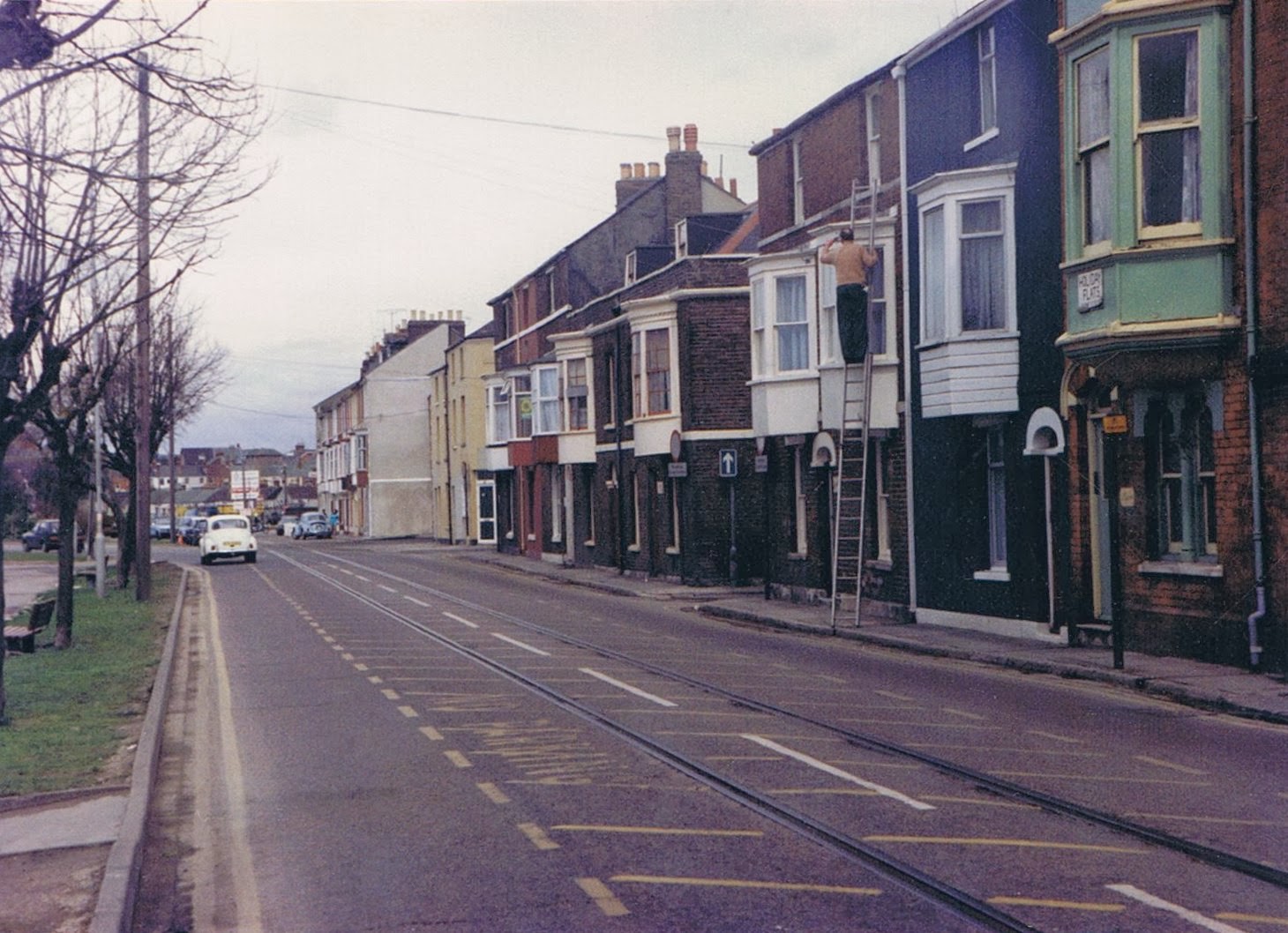 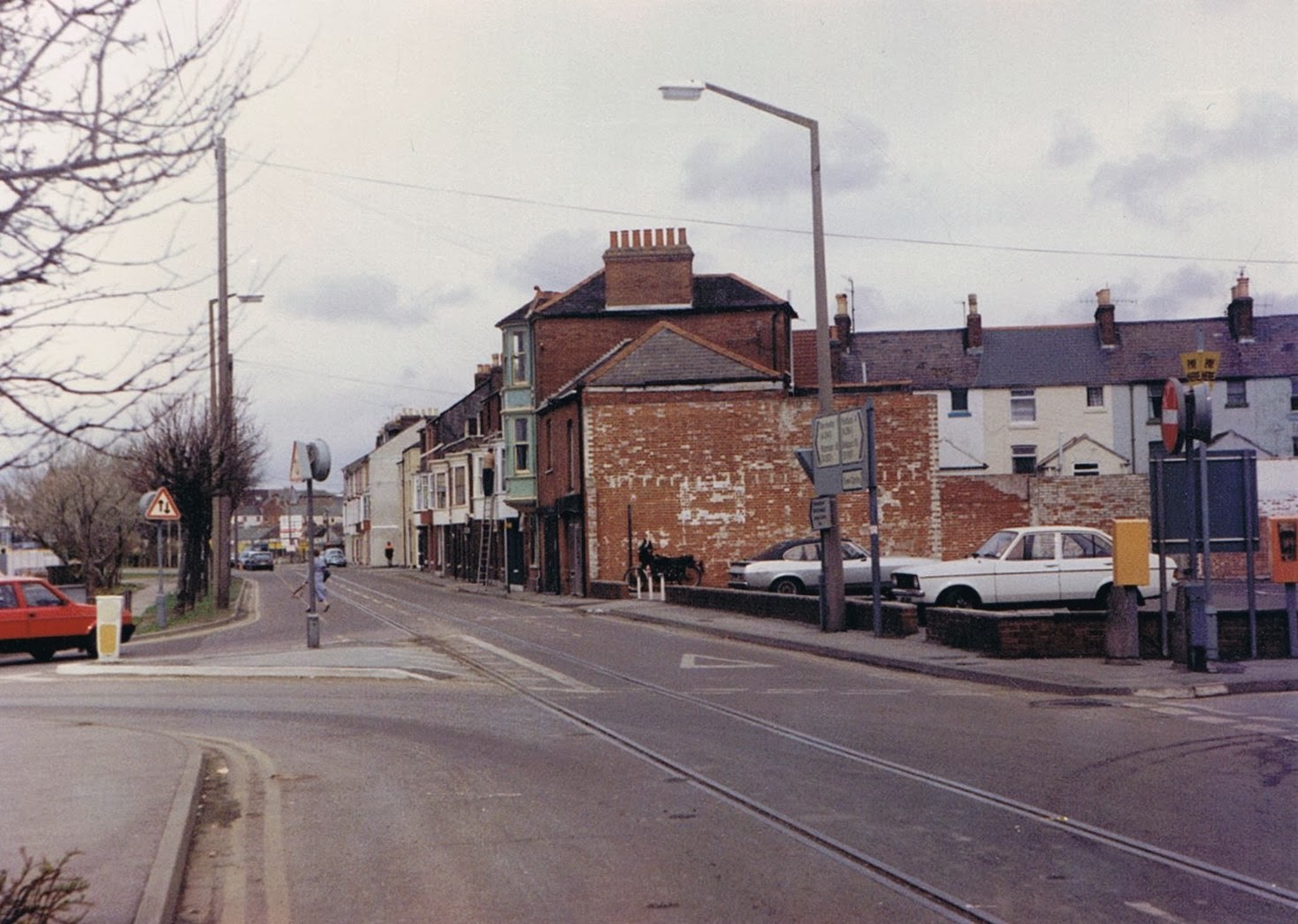 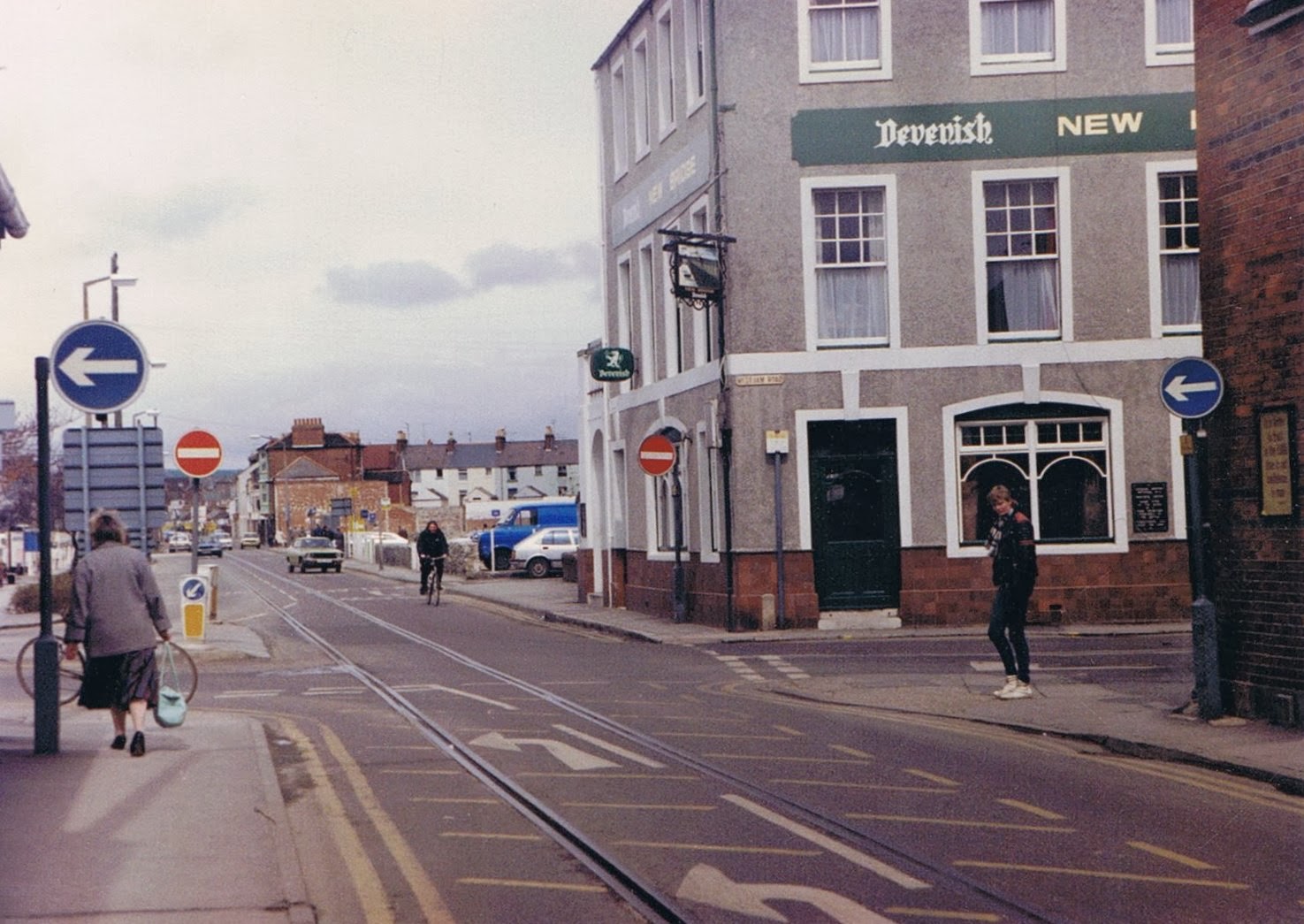 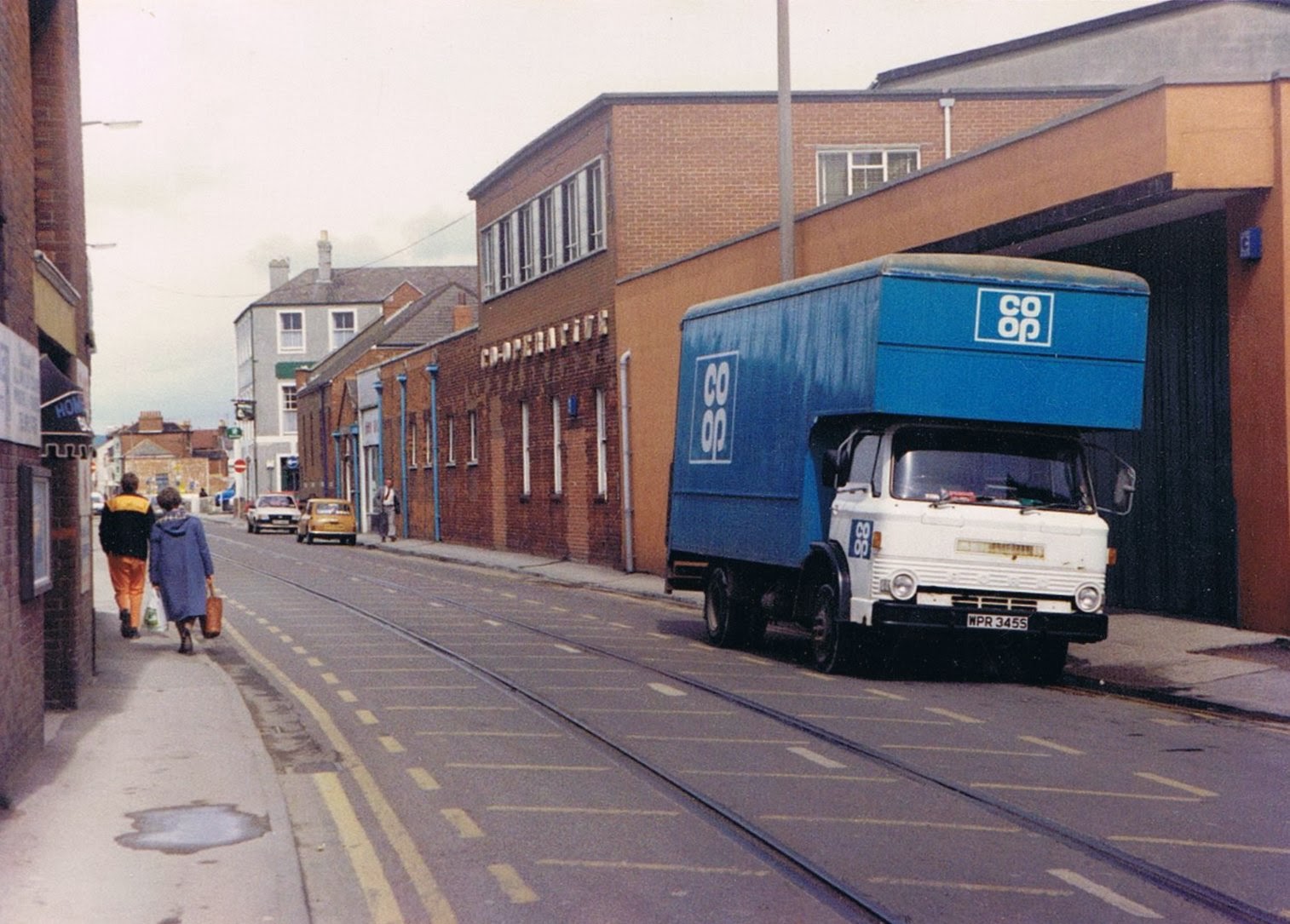 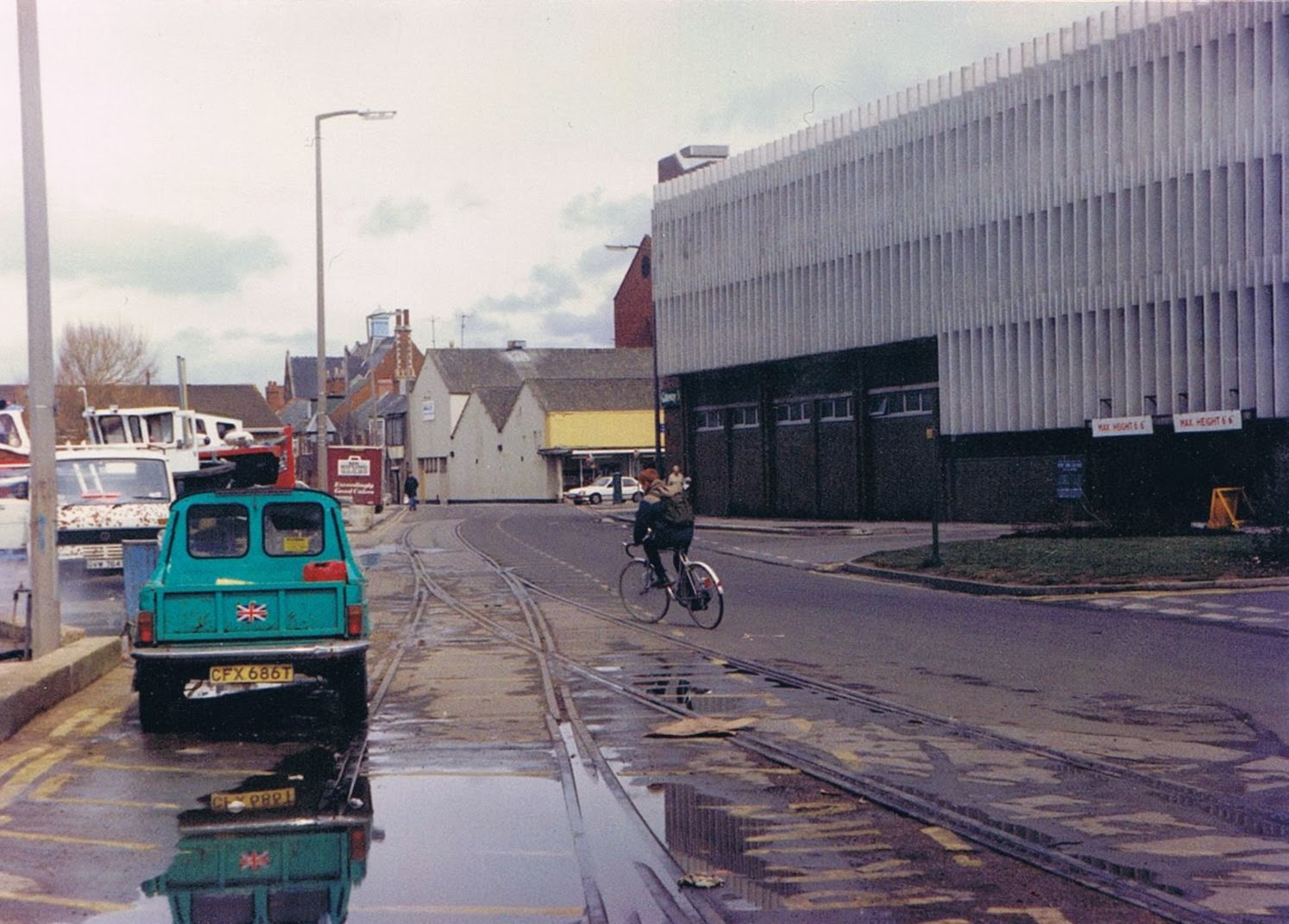 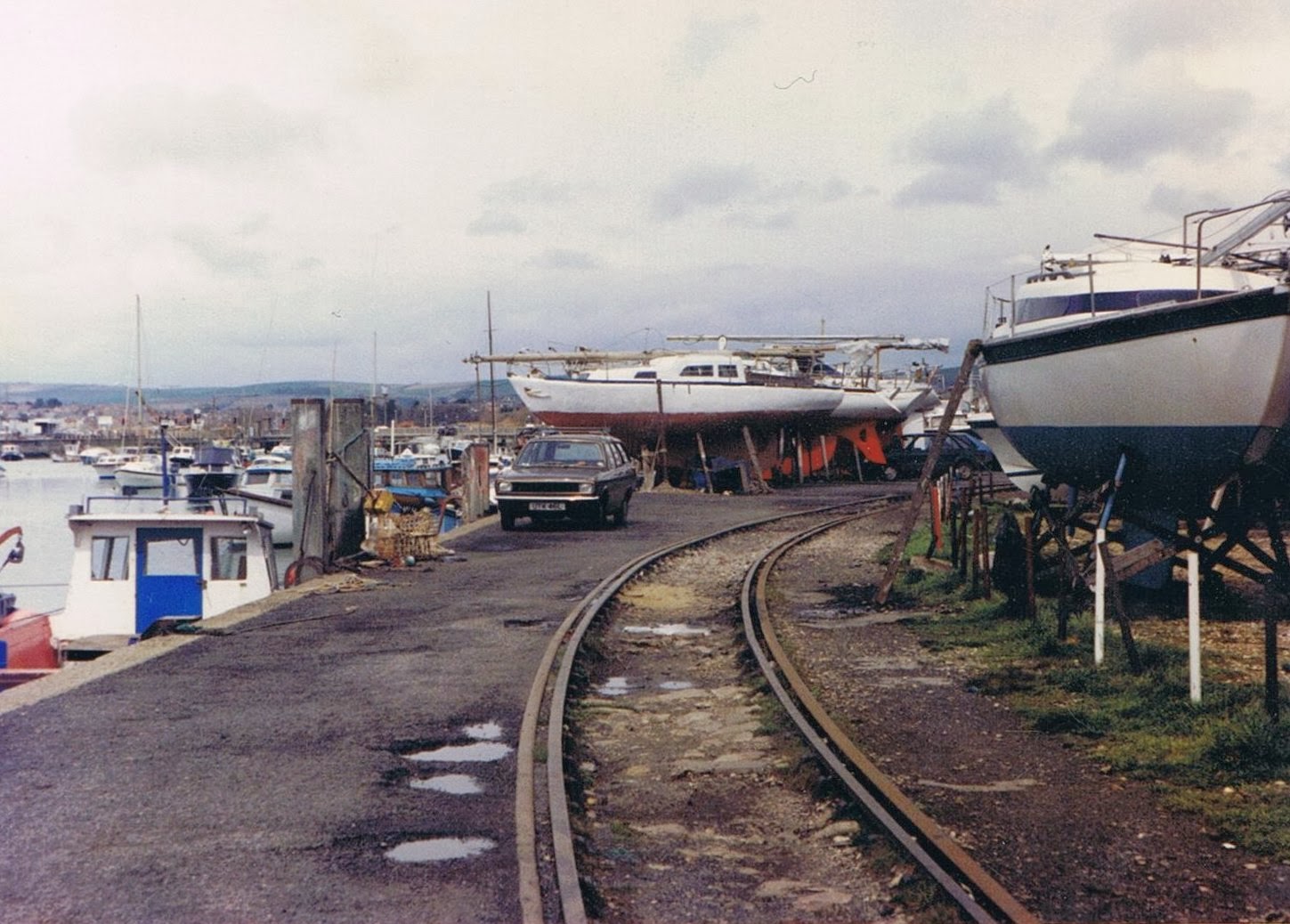 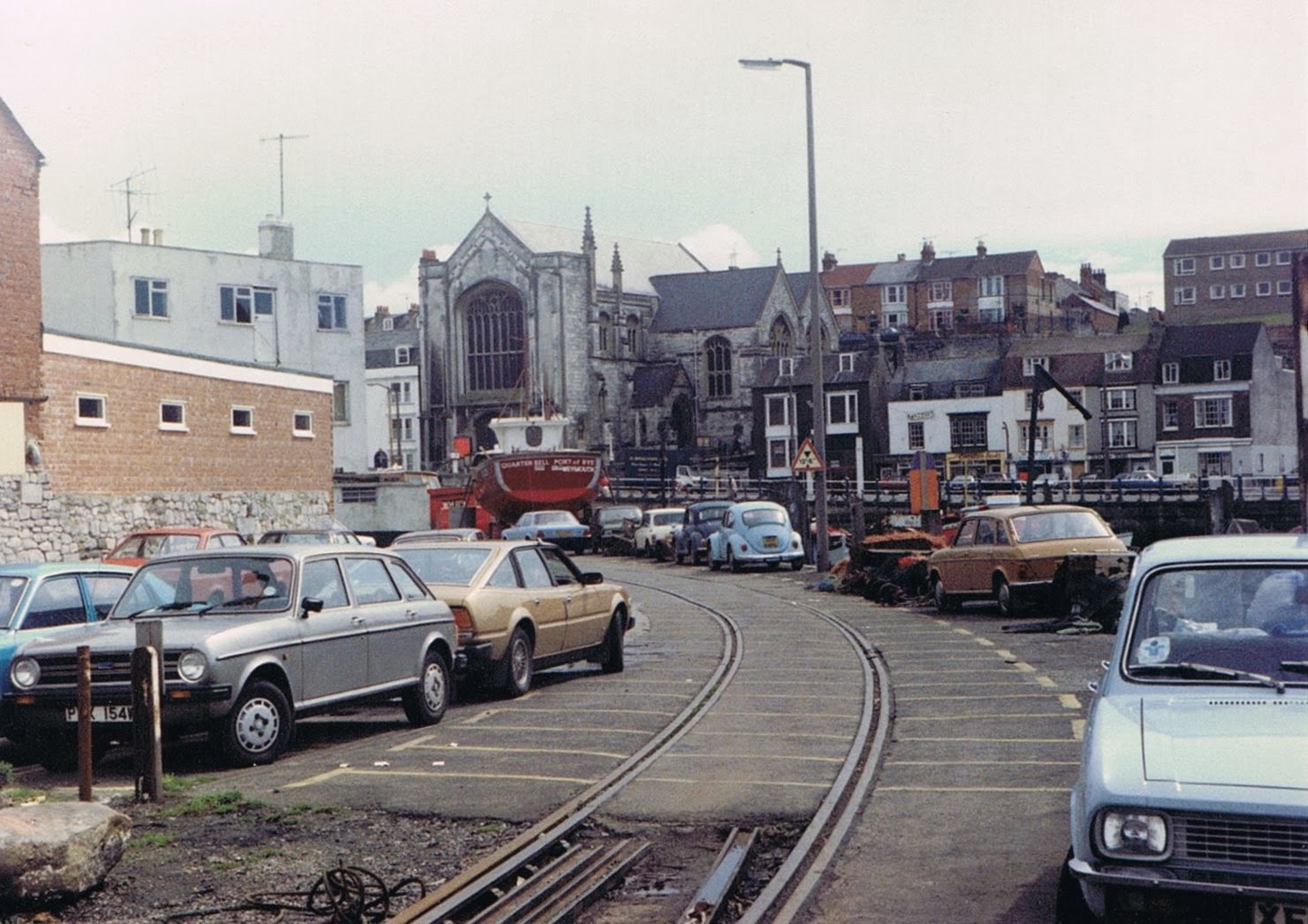 The Weymouth Tramway was a fascinating line that ran through the streets of Weymouth to the Channel Islands ferry station at Weymouth Quay. The line lost its freight services in the late 1960s but passenger trains continued for about another 15 years, which gave people the chance to see the incongrous sight of long trains running tramway style through Weymouth streets.

The line did close when the ferry service began to run down, but in 2014 the tracks are still in place throughout, and calls for the line to reopen as a tourist attraction are inevitably made. There must be a reason why the line has remained in place - perhaps by lifting the line Weymouth would be admitting to the world that it was just another seaside town with no unique features? A reopened tramway would of course bring in hordes of new visitors to the town and it does seem off that even today we are STILL waiting for this obvious tourist honeytrap to open!

It's not just the street running that is fascinating but also the riverside run, where trains used to brush past boats. It will become possibly the biggest tourist attraction along the south coast when the locals and businesspeople finally twig what a unique asset they have, sitting there just waiting to be used! 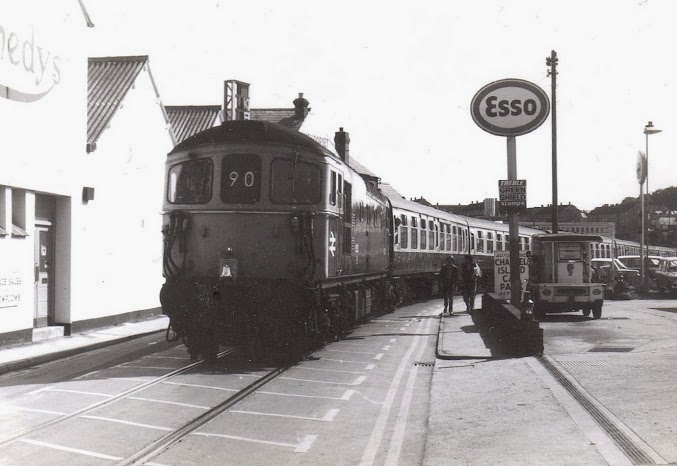 In happier times class 33 6533 heads a Waterloo train past the Esso garage on 7 August 1973. Whilst this scene may not be recreated, perhaps in 2020 a modern tram would be taking the same route?

Posted by Steve Sainsbury at 13:17 No comments: