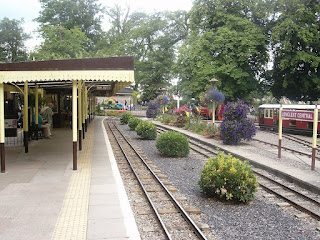 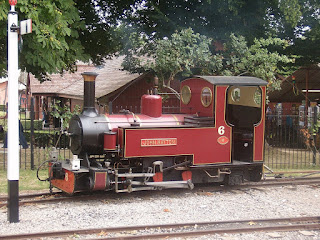 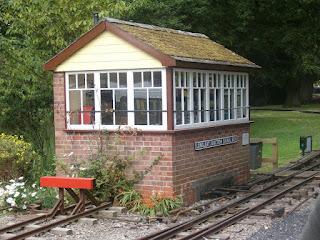 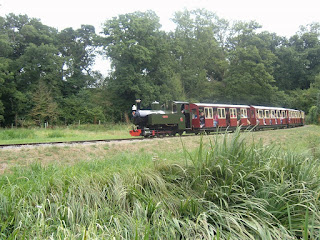 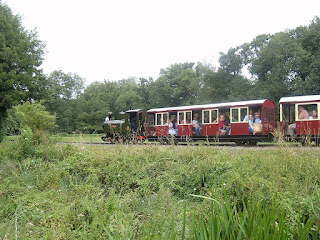 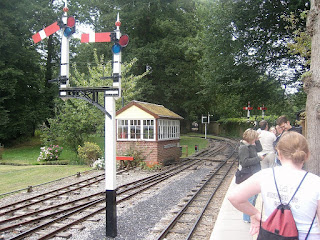 My garden used to back onto the grounds at Longleat when I lived in Wiltshire. Back in 2008 I visited and photographed the miniature railway there.

It was (and still is) a 15 inch gauge line with excellent infrastructure, rolling stock and permanent way. It's about a mile long, with one main station and a route that takes you through the woods, back along the lake and into the main station again.

The line is generally always busy as it is one of the 'free' attractions once you've paid the entry charge.

All in all a lovely example of a line that almost borders on narrow gauge in the Heywood style. It would be great if the line was extended to actually serve a transport need through the estate, as well as offering a pleasant ride!

Posted by Steve Sainsbury at 06:16 No comments: 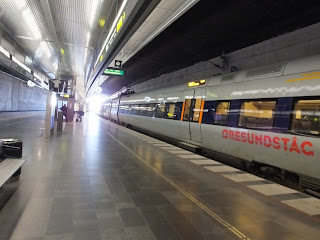 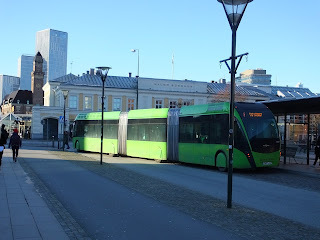 We had a long weekend in Copenhagen at the start of January, and whilst we were there found out we were only 40 minutes from Sweden. So on the Sunday we decided to pop across the water and have lunch in Malmo, as you do!

Until recently this would have involved a ferry crossing, but from 1 July 2000 it's been possible to do the whole trip by rail. This involves crossing the Øresund Bridge, which links Copenhagen to Malmo. The bridge runs nearly 8 kilometres (5 miles) from the Swedish coast to the artificial island Peberholm in the middle of the strait. The crossing is completed by the 4-kilometre (2.5 mi) Drogden Tunnel from Peberholm to the Danish island of Amager. The bridge is the longest combined road and rail bridge in Europe. 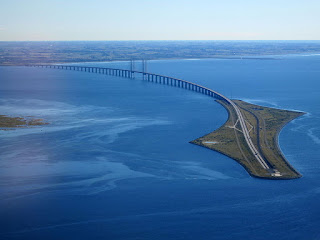 Malmo is a nice compact city and we found somewhere very nice to eat. VERY expensive though, but that's Scandinavia for you!

After the meal we wandered round Malmo in temperatures well below freezing. I knew there was a heritage tramway somewhere in the city but it wouldn't be running and we headed in a different direction anyway. I did stumble across the remains of lines (below). One could have been the old line to the harbour where trains were driven onto the ferry to get to Copenhagen, but I'm not sure. If it was then I did travel on this in the late 80s, when I travelled down from Helsinki back to the UK overland (carrying a bloody great oil painting!) 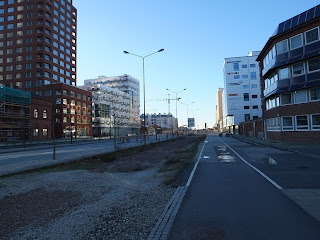 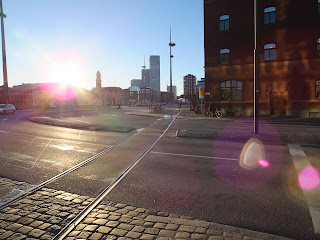 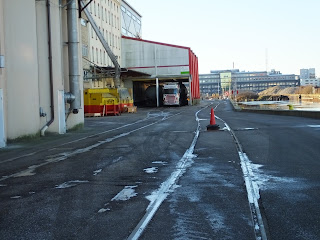 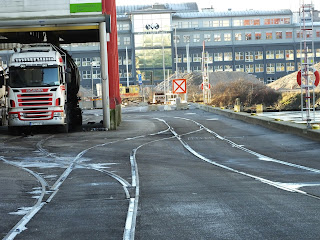 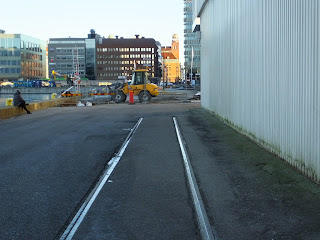 Whatever people say about rail enthusiasts, we do end up in some odd places!
Posted by Steve Sainsbury at 11:01 No comments: