'Let's go to Venice, you'll love it. Canals, old buildings, history, boats. It's got everything'.

'Mmmm. Except anything rail related', I replied.

Now I assumed Venice WAS all canals, old buildings, history and boats, so wasn't that disappointed when we got there. We were right over on the eastern side of the island, near St Mark's Square. I just wrote off rails and started taking all the obvious pictures, helped by a mist on the second day.

To get around Venice you walk, or take the water taxis. (Or, apparently, if you're made of money and romantic, whatever that is, a gondola).

We jumped on a water taxi that second morning, in the mist and biting cold. I noticed a stop 'Ferrovia'. My Italian's good enough to know that means railway station, so that's where we went! The western side of Venice is a little atypical as it does have a few cars and a cruise terminal (and some great shops and restaurants) and from the boat I spotted something I really wasn't expecting - rail!! Okay, it was a monorail, but that's a train too. Seconds later we were on land. Jumping off I spotted what looked like tram wires on a bridge. I had to explore. A minute later I was standing in front of a tramway!! A weird sort of tramway mind, with just a single rail, but a tramway nethertheless.

I later discovered the tramway only opened in 2015 and links Venice with the mainland, with two lines from Mestre further into the hinterland.

My wife then said, as I relayed news of my discovery to her, 'I told you there was a tramway in Venice'. True, she had, but I didn't believe her!

After that we went to the railway station, which I also didn't realise was there, always assumed Venice's railway station was on the mainland, a big 20-odd platform affair with trains in just about every platform. I took photos of all of them whilst she bought baby clothes from a nice shop on the station concourse.

The next day we took a trip on the strange tramway over the bridge and to Mestre, which was a strange experience. The tram runs on rubber tyres so felt a bit 'bussy' at first, but soon slipped into normal tram mode - fast acceleration, quiet running etc.

All in all Venice had plenty of rail interest and is well worth a visit in any case. Go there whilst it's still all there! 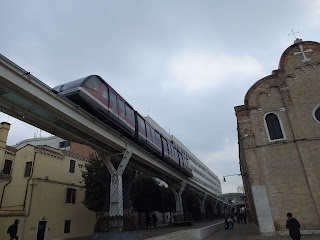 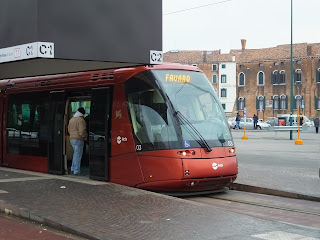 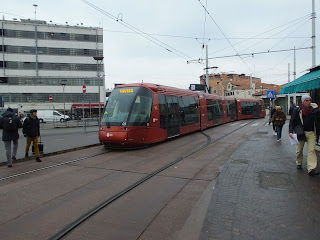 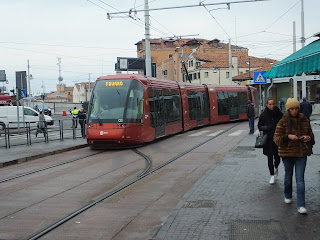 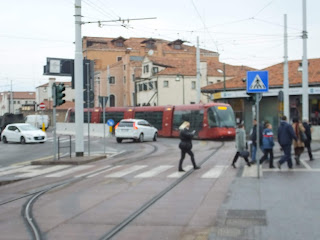 The monorail tramway at Venice. 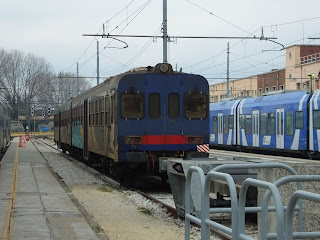 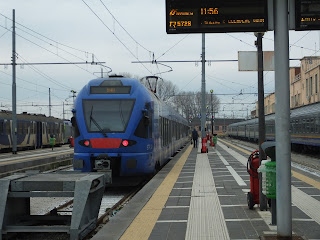 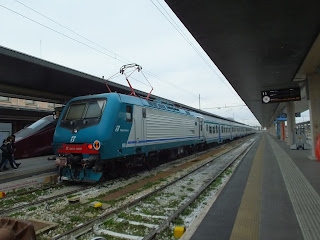 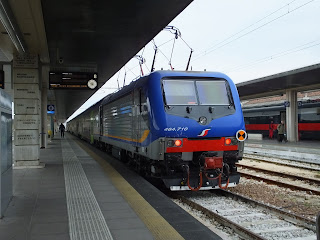 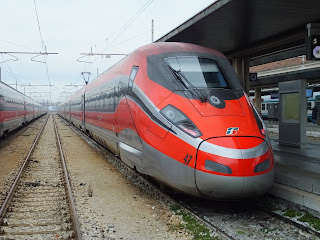 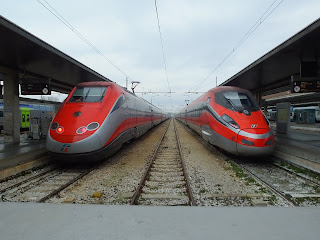 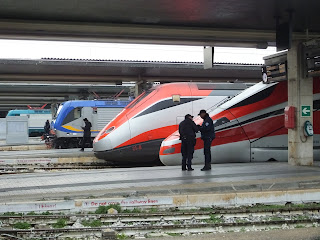 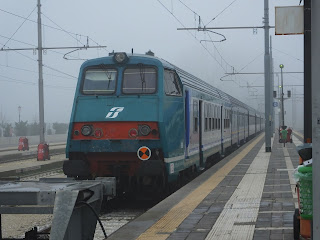 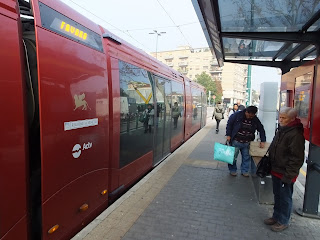 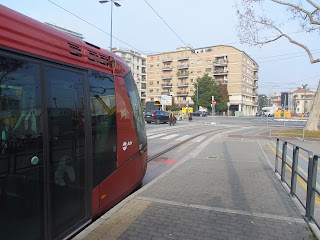 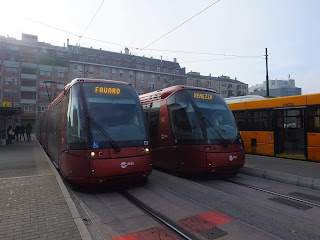 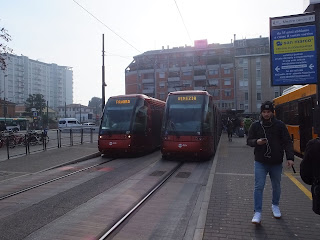 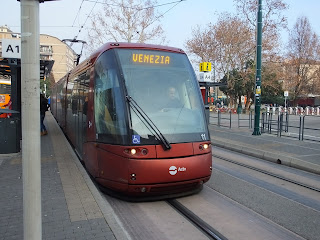 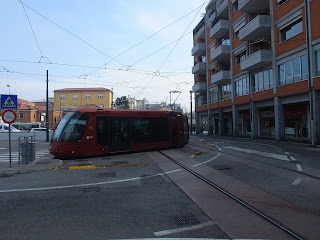 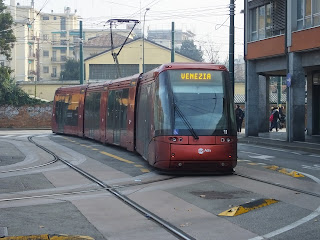 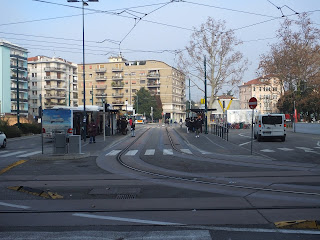 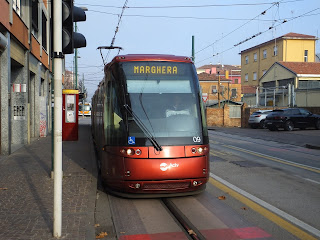 The trip to Mestre.

FACEBOOK - MONORAILS
Posted by Steve Sainsbury at 08:57 No comments: