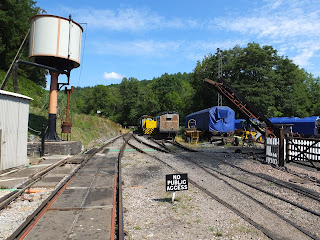 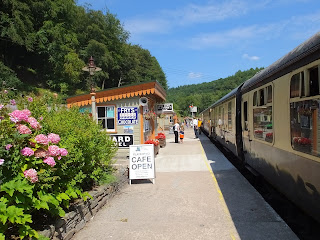 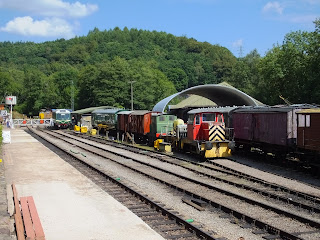 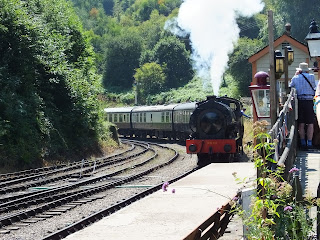 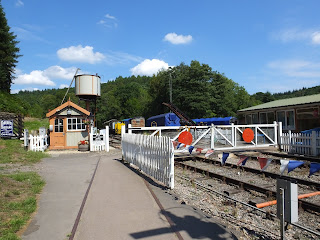 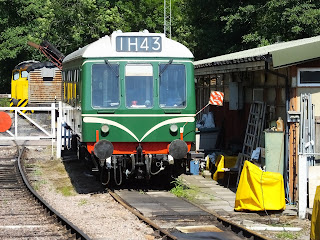 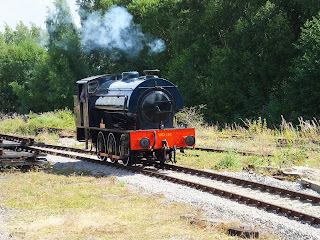 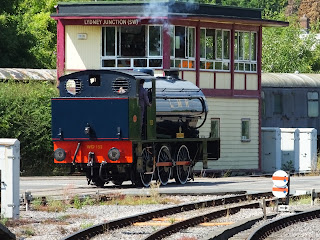 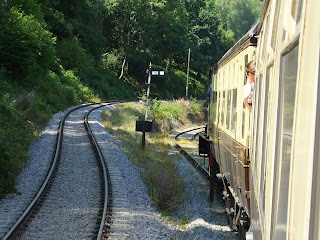 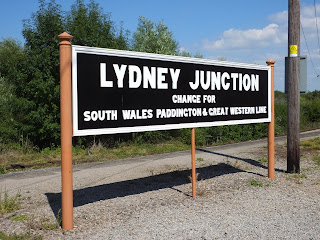 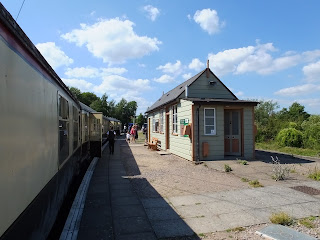 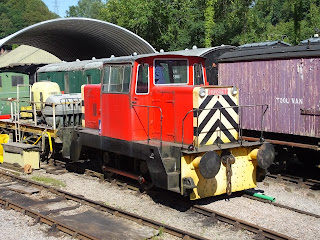 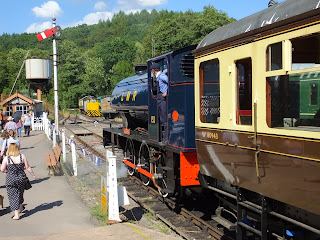 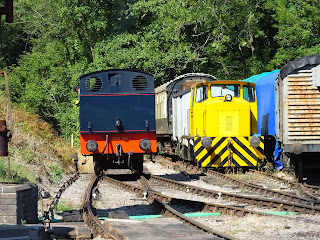 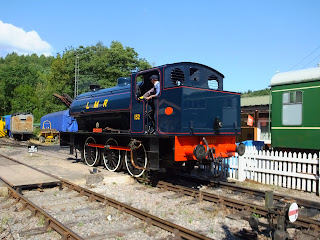 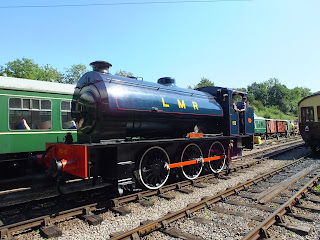 I managed my annual visit to a heritage railway on Sunday, visiting the Dean Forest Railway for the first time, despite it being less than an hour away.

The weather was hot and sunny, which proved to be the only downside of the day! I was immediately impressed by the facilities at Norchard, huge car park, excellent restaurant with an incredible range of vegetarian and vegan food. Lovely shop and a real bonus carriage full of nice, low priced, secondhand books.

The weather meant that steam was limited to the Norchard to Lydney Junction section, with a DMU service up to Parkend. Norchard has a strange layout with both low level and high level platforms, which made this operation straightforward.

We'd booked a cream tea trip along the line, the ticket was a rover ticket so before the 3 o'clock trip (which we assumed was going up to Parkend) we took a trip down to Lydney Junction. This is the more urban section of the route which threads through Lydney town itself with three level crossings, one manually operated. There's an intermediate station at Lydney Town, plus an abandoned station nearby. Lydney Junction is spacious and just 200 metres from the main line station.

Back at Norchard we discovered that the cream tea train wasn't going to Parkend as expected, but was going back down to the Junction! And our reserved seat was on the sunny side. We made it, just, but the heat won and we didn't take the train up to Parkend because of this.

Still a great day out, with a definite return to do the Parkend stretch on the cards and, hopefully by 2021, the new route beyond up to Cinderford.

Posted by Steve Sainsbury at 09:41 No comments:

Padstow - what were they thinking? 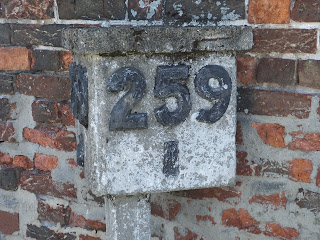 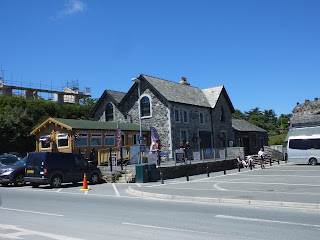 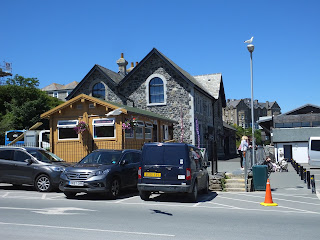 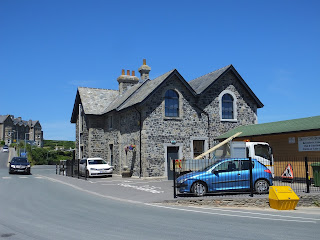 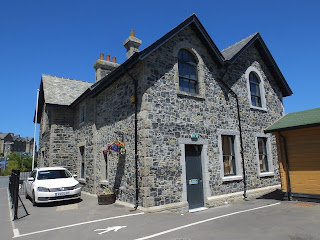 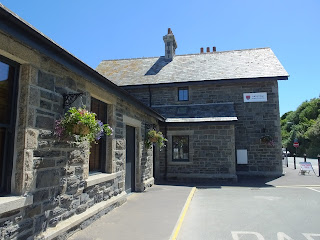 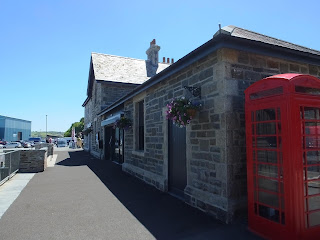 Padstow was once the furthest point you could reach on the Southern Railway/Region from London - 259 and a quarter miles. You can still see the milepost if you know where to look in Padstow, but not at its original location.

Padstow had two lines, one from Bodmin Road on the GWR Cornwall Main Line and the other via Okehampton and Halwill Junction on the North Cornwall line. Both lines were closed in 1967, just before the summer season. I have read that Padstow couldn't wait to lose its railway, but I suspect this is apocryphal!

Today Padstow is a huge tourist draw, we were down there for a week in June, The location is fantastic and as someone used to the crowds in the various Disney parks around the world I didn't find the crowds too daunting!

But today you can't reach Padstow by train. It is ridiculous. A railway to Padstow would take many cars and lorries off the road and would be an attraction in itself. It will also make both Padstow and Wadebridge resilient to transport problems as the energy crisis deepens. The sad thing is that much of the route is still there, tantalisingly close, ending in a field somewhere to the east of Wadebridge. The Bodmin and Wenford Railway run heritage trains on the line, and it's a very nice set up.

Wadebridge is the other issue. A large town for Cornwall with no modern transport link. It needs one. The line would run from Bodmin Road through Bodmin and Wadebridge to Padstow. Ideally it would offer a cheap transport option for passengers and freight, with premium rate heritage trains in the summer. Incredibly street running has already been proposed for the section through Wadebridge, which would link the line to the east to the existing and fully preserved for future rail use stretch to the west of Wadebridge which currently serves as a cycleway.

It seems odd that Padstow lost its trains while other smaller, or similar sized, resorts kept theirs. St Ives, Newquay, Falmouth and Looe now have thriving branch lines. I suspect the reason was regional rivalry plus the odd operating set up on the lines at Bodmin with two termini rather than a single through station. It could be that Bodmin needs a new through station to make the journey quicker.

The whole issue underlying this is that many lines were closed in haste, and would never close now. In the 60s we thought road traffic would last for ever, we are a lot wiser now! All year railways are needed in many parts of the UK, some routes are already partially or even completely restored by heritage groups. Swanage is now operating both  heritage and Network trains, the line has become 'real' again and Swanage is thriving because of it. Elsewhere some Network lines have heritage aspects to them, the Looe line for example.

Padstow is a honeypot just waiting to be reopened. What are we waiting for?
Posted by Steve Sainsbury at 06:31 7 comments: