Lullingstone station - a fascinating 'never was'. 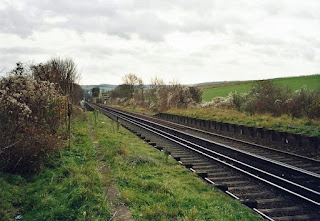 A southward view reveals the ends of the platforms and, in the distance, Eynsford substation, the latter of which is virtually identical to that still in evidence at Chelsfield. The absence of platform edging is evident here.
Text and picture © David Glasspool 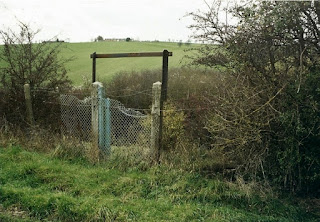 feature which can also still be seen is the former entrance to the footbridge. It is located on the ''down'' side of the line, above the platforms - the station is in a cutting by this point. In the background is the field which was earmarked for the international airport. The station had been partly financed by the Kemp Town Brewery Company, which also owned the land planned for development. The distances of Heathrow and the proposed Lullingstone airport from Central London are not too dissimilar: 14 miles and 17 miles out respectively.
Text and photo © David Glasspool 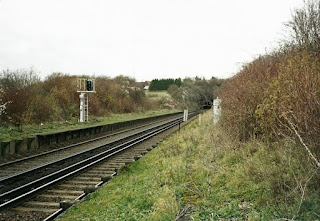 This northward view reveals that both prefabricated concrete platform surfaces remain intact, although some of the edging has since disappeared. A signal post now occupies part of what would have been the ''up'' platform. Eynsford Tunnel is in the distance, and the field which was to accommodate the area's version of Heathrow Airport is beyond the vegetation on the left.
Text and photo © David Glasspool

The above three photos were all taken on 14 December 2006 and are published with permission of the owner David Glasspool. More on this station and other Kent railways on the recommended Kent Rail website.

In a few rare cases stations were built but never opened. Lullingstone in Kent is one of these. It was sited on the Maidstone East line just over a mile from the existing station at Eynsford. Although largely demolished in 1955 there are still some remains visible, south of Eynsford Tunnel.
The station was built to serve new housing and a proposed new airport. Lullingstone would be one of four airports to serve London, and a 5000 acre estate was purchased for new housebuilding.
The clue to why this didn't happen is the date - 1936. War was just three years away, and plans and development were all put on ice.

However the station was constructed, ready for the passengers that never came. The proposed opening date was 2 April 1939. The main line platforms and station buildings were built as were the steps for a footbridge. The station would have been substantial, with four platforms, two for mainline use and another two on the proposed airport branch. The station never opened but was shown in passenger timetables from 1939 to 1941 as, confusingly, being served by trains but with a note saying the opening date would be announced in due course. After that the station still appeared for a while, but no trains were shown as stopping there.

After demolition the station canopy was reused at Canterbury West. Today there are still a  few signs of its existence, including parts of the platforms, and the approach road.

I did try to find this station back in April 1985, having read about it somewhere. I walked the road beyond Eynsford station towards Lullingstone hoping to find some clue as to where it was, but with the light fading and twenty years before Google I gave up, but not before getting this lovely shot of the viaduct with a slam door train running over it. This quiet corner of Kent would have been transformed if Lullingstone Airport had been built! 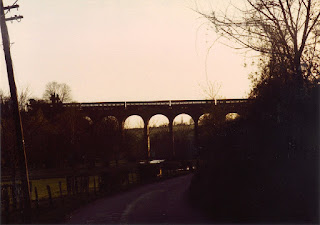 Further information http://www.kentrail.org.uk/Lullingstone.htm
Posted by Steve Sainsbury at 03:46 No comments: 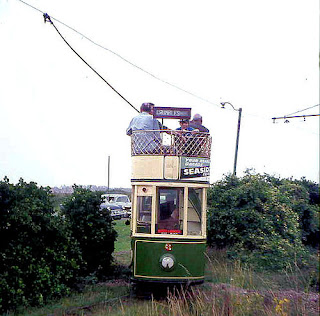 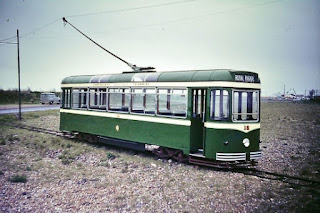 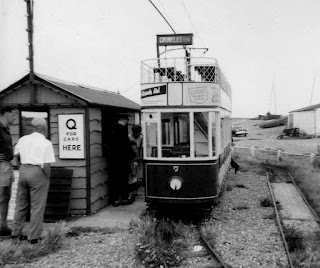 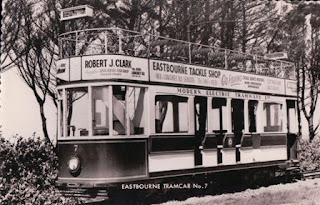 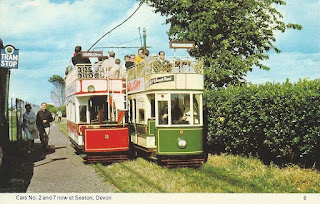 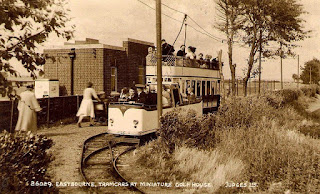 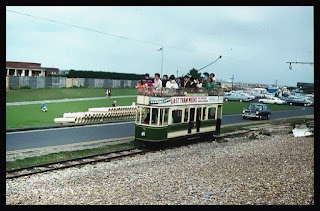 (Selection of photos and postcards sourced via the Internet)

A line I sadly missed despite living in Sussex from 1957 to 1990 was the Eastbourne Tramway. This was a two foot gauge miniature tramway that operated between the Crumbles and Princes Park in Eastbourne. It was built and operated by Claude Lane, opening in 1956 and running until 1969 when the whole operation was moved to Seaton in Devon with the trams being regauged to 2 feet 9 inches. 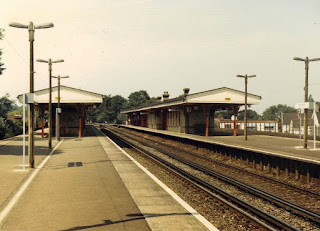 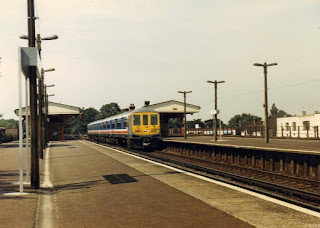 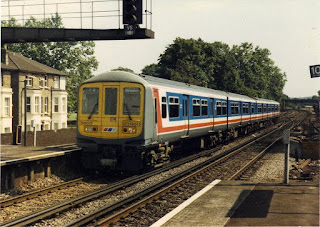 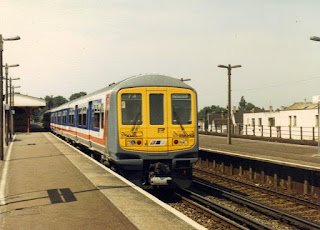 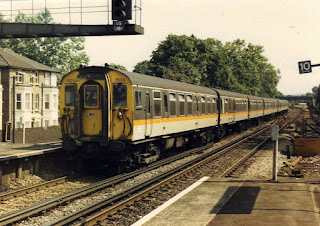 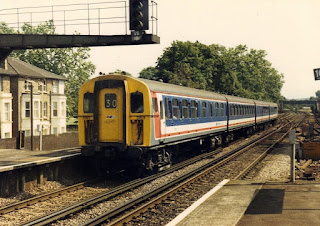 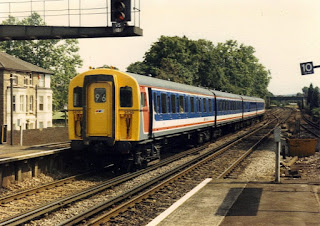 After many years of what seemed, at the time, a dull procession of blue and blue and grey, with little new on the scene, the end of the 80s saw big changes on the old Southern Region as it morphed into Network SouthEast.

Liveries began to change and new trains started to appear.

An hour or so at Shortlands in 1988 caught this process under way as Network SouthEast livery started appearing, along with class 319 units amongst the old slam door stock. In fact from these pics blue and grey may never have existed!

Posted by Steve Sainsbury at 13:01 No comments: