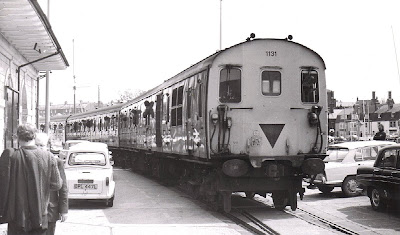 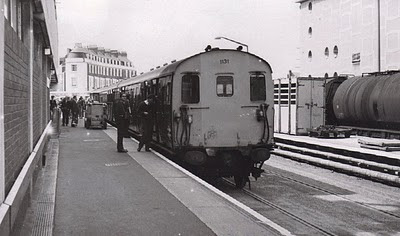 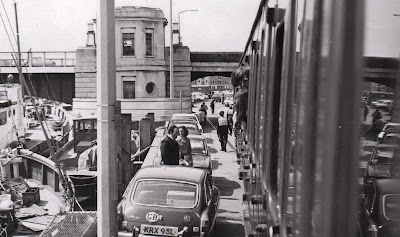 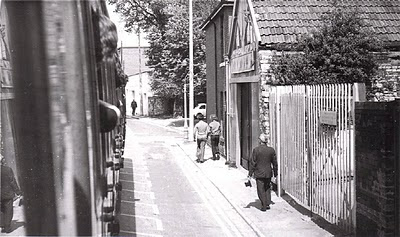 Weymouth's 'tramway' isn't really a tramway at all, but a long street-running branch linking the main line (not Weymouth station) with Weymouth Harbour station. At the moment it is mothballed, but far too valuable an asset not to be revived when the time is right. The rails are still in the road, although they haven't seen a train in many years. The plan is to restore the route and extend it along the prom - a total no-brainer which should become a major - and unique in the UK - attraction.

This was a special run in 1975. I travelled the line a couple of other times, always on specials. I tried to use a timetabled service in about 1973 but was caught and thrown off by the guard after being told my rover ticket wasn't valid!

Posted by Steve Sainsbury at 09:06 No comments: