Activity from last Sunday at the GLR. 'Out the line' with four teenagers and two, er... 'mature' types! The four lads did a great job, and their ages added up to just slightly more than mine, and just slightly less than C.J's. (John Penny) 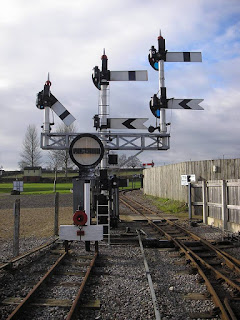 A view from the 'other side' just prior to us heading out the line. The banner is off No. 14 (section signal) seen on the corner ahead.

Red set 101 gets the 'Santa' boards ready for a school bazaar on December 5th. We're just running the trains so know no other detail. Come along and support it anyway!! 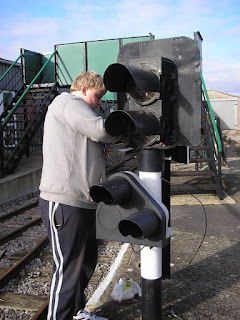 Chandler gets stuck in on Common Lane No10 with the replacement signal head. Although only 16 years old there is not much he can't do in the GLR wiring department! 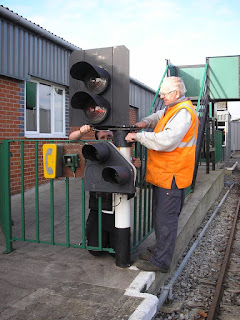 Meanwhile here is Chandler's Grandad working on the replacement signal head on the other 'road' at Common Lane. Along with Matt 1 they're tightening their nuts. 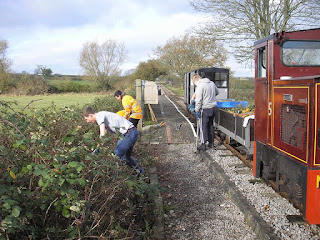 Down at the 'End of the World' the lads get stuck into the vegetation. 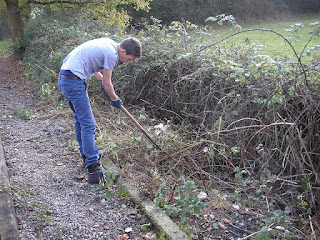 Matt 2 gets to grips with his big weapon. C.J. sharpens up his tool. 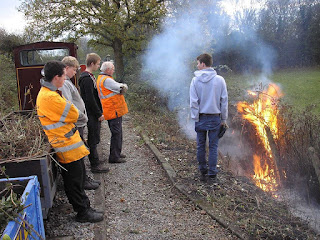 What is it with blokes and bonfires? The dry detritus at the foot of the embankment is carefully burned off as Matt 2 is talked out of doing a headlong dive into the flames. 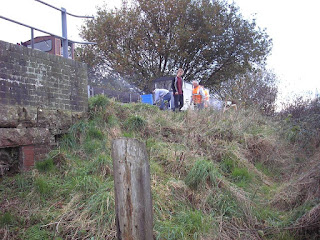 Having just had a look at the old cattle creep, I snapped the boys building up to the last bonfire of the day. Not the most exciting viewpoint but at least it is a new one! 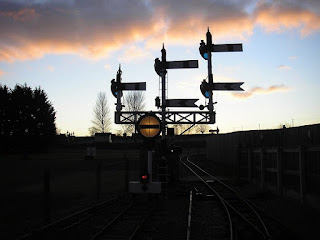 The light is fading as we head for home to bath the innumerable scratches, remove the thorns from our anatomy and have a good soak in the bath to get rid of the smell of bonfire smoke.

(All pics, text and captions by John Penny at Gartell Railway).

The Gartell Railway has now finished running its regular trains for 2015. This is a great set of shots showing the really fun side of rail work - choppoing and bonfires! It's really good to see that the Gartell has a team of younger volunteers, something all lines need as older volunteers enter their dotage!

Posted by Steve Sainsbury at 11:20