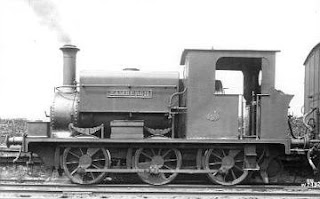 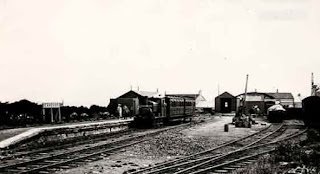 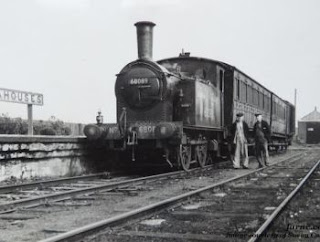 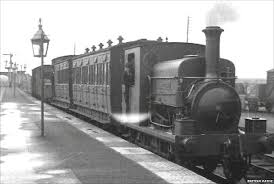 (All pics sourced via Google)

One of the light railways that I don't know a lot about is the one that ran from Chathill on the East Coast Main Line to Seahouses on the North Sea coast. I've actually been to Chathill station but at the time had no idea it was once a junction!

More info (from Wikipedia)
The North Sunderland Railway was a four-mile single track branch railway line in Northumberland, England, that ran from Chathill on the East Coast Main Line to Seahouses via the station of North Sunderland with a proposed extension to Bamburgh.

Authorised in 1892 the North Sunderland Railway was built privately to serve the newly constructed harbour at Seahouses. Construction started in 1896, and the line opened in 1898 for freight on 1 August, and passengers on 18 December.

The line was rarely profitable and thus the proposed station at Fleetham, and the extension to Bamburgh were never constructed. Management of the line was taken over by the LNER in 1939. Trains took 20mins. on the branch, with 6 trains a day before closure. It was initially operated by Manning Wardle 0-6-0 Bamburgh, which was scrapped about 1948. 'Bamburgh' was replaced by an 0-4-0 Armstrong Whitworth diesel electric locomotive, 'Lady Armstrong', delivered in 1934. They were replaced until closure by NER Class H (LNER Class Y7) and passenger trains had two Great Eastern Railway 6-wheel coaches.

Excellent article on the line here
Posted by Steve Sainsbury at 08:04