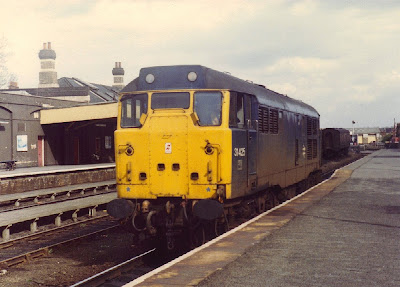 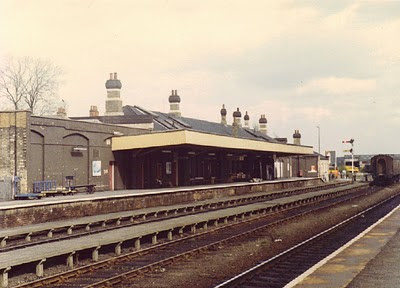 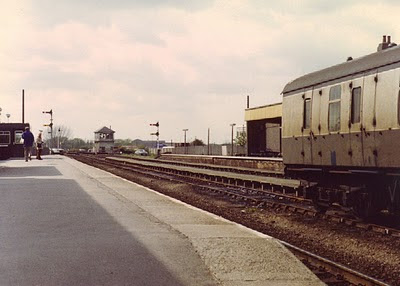 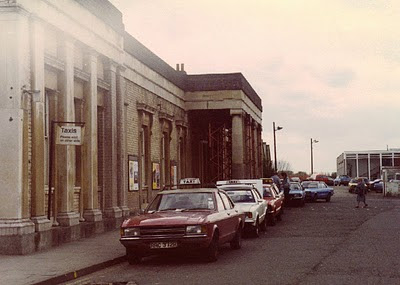 It seems strange now but as late as 1985 small sections of line and a few stations were still closing. It was usually due to rationalisation or replacement by trams. I'm not even sure why Lincoln St Marks closed, but close it did!

I only got to visit it once, on May 1st 1985 and grabbed a few shots. There was still a lot of classic infrastructure about - and look at those taxis!

St. Mark's railway station, the first in Lincoln, was opened by the Midland Railway in 1846. Originally a terminus the line was extended through the station only a few years after opening to connect with the Great Northern Railway just to the east of their station. The Durham Ox Junction was also crossed by a road, leading to many delays. The junction was crossed by Pelham Bridge in the mid 1950s. Up to closure St. Marks was the mainline station with through services from Cleethorpes to London. Prior to closure of the Lincoln to Grantham line during the Beeching Axe, London services had used Lincoln Central station. Direct services were stopped with rail privatisation requiring a change of train at Newark North Gate.
To save duplication of operating two stations in 1985 the station closed when services were diverted to the nearby Lincoln Central station. The construction of a new 80 metre length of track to the west allowed services from Newark to reach Lincoln Central. The grand ionic portico that was once the entrance has been preserved and, as of January 2007, is home to Lakeland Limited as part of the commercial development of the site. A mock signalbox has also been erected in the car park on which has been affixed an original sign from the station.The remainder of the former station site is now St. Marks Shopping Centre.The redevelopment in keeping with the preserved buildings won an Ian Allan heritage award in 2009, commemorated by a plaque.
Posted by Steve Sainsbury at 10:03