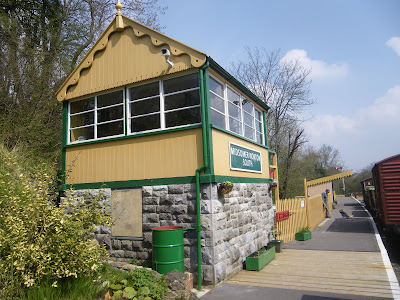 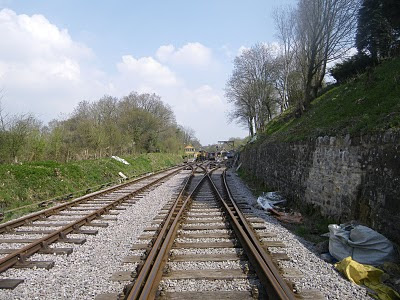 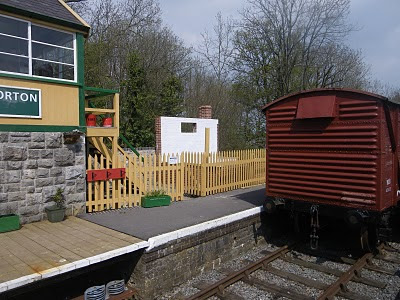 To Midsomer Norton today. The S&D really is coming back, in small bits to start with, but now has an umbrella organisation dedicated to restoring the whole route as part of the 21st century network.

Midsomer Norton is beginning to look like it did in its heyday, despite the obvious compromises that need to be made whilst it remains a 'stand-alone' site on a resurgent S&D.

The site was derelict in the early 1990s, and was expected to become a characterless housing estate, but locals mobilised and saved the site as a tourist initiative. The station building was restored, the trackbed cleared and levelled, track relaid, the signalbox completely restored and now even the famous greenhouse is reappearing brick by brick. And now Midsomer Norton itself has become the inspiration for the much more ambitious New Somerset and Dorset Railway, which is now mobilising resources along the whole route in a stunning initiative to bring modern transport back to this neglected part of Britain.

Posted by Steve Sainsbury at 12:40