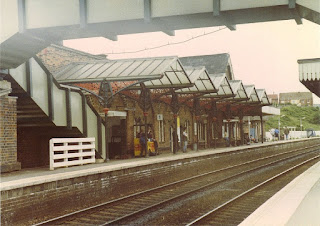 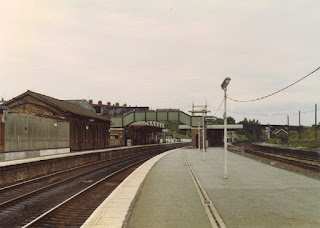 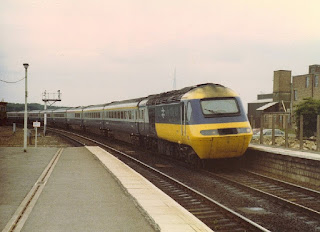 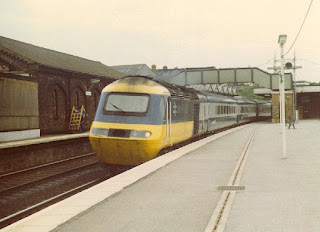 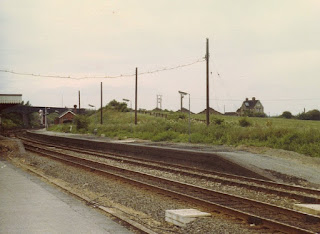 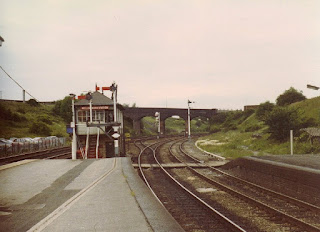 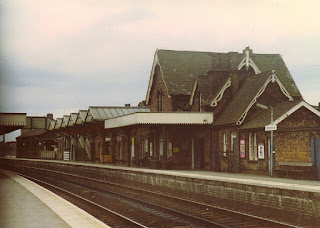 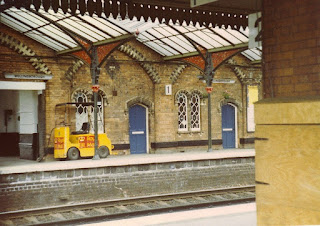 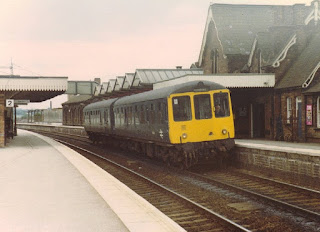 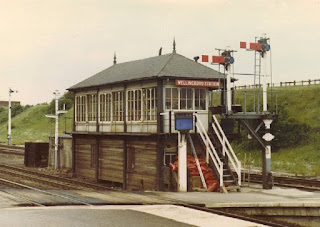 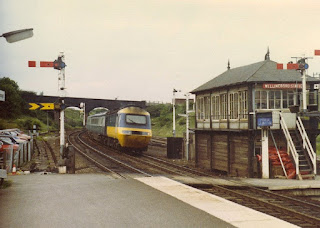 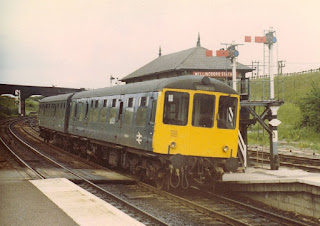 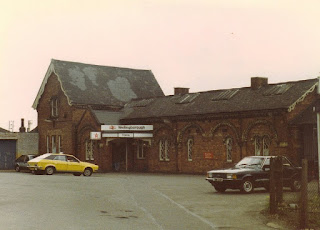 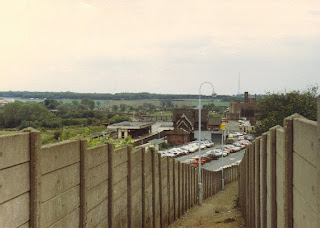 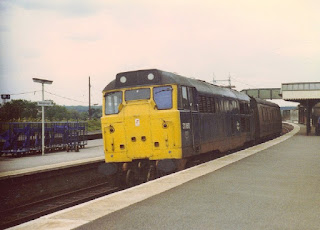 On a dull 17 June 1985 I found myself at Wellingborough station, in Northamptonshire. There were plenty of photo opportunities, there was still a working signalbox, semaphore signals and some earlier signage.

Trains were either first generation DMUs and HSTs, but I did also capture a class 31 on what appeared to be a one parcels coach train.

By 1985 the station had lost some of its importance with the loss of the Market Harborough line (closed to passengers in 1964) and also the short branch to Higham Ferrers. Both these lines have preservation schemes based on them. In 1985 the station looked practically empty but, in common with just about everywhere on the rail network, passenger traffic has steadily increased in recent years with passenger numbers now approaching one million per annum.

These pictures reflect that brief hiatus in the 70s and 80s when the railways were underused and there was still surplus capacity in many places. There were still physical links to the steam era, and little attempt to make the environment friendly or attractive. And those empty platforms! Where can you find that these days?

Nowadays with both passenger and freight traffic growing steadily there are plans to reinstate one of the running lines and the currently closed platform 4 to allow greater capacity at the site.

Posted by Steve Sainsbury at 07:27