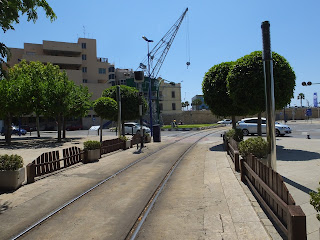 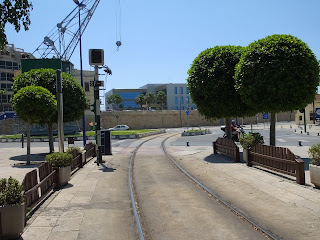 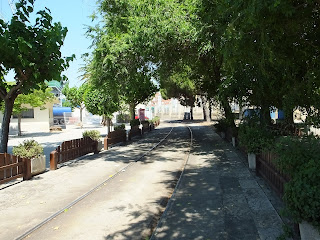 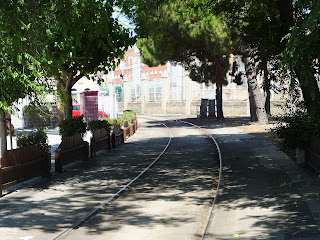 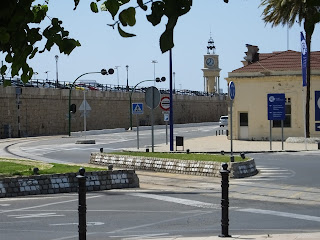 Above 5 - a street running dock line at Tarragona 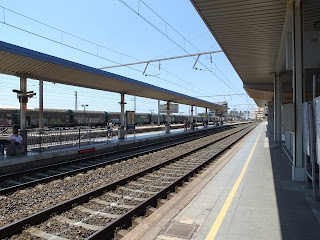 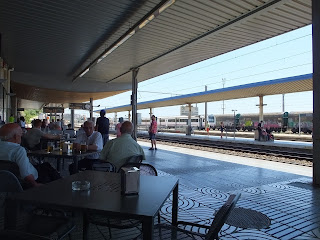 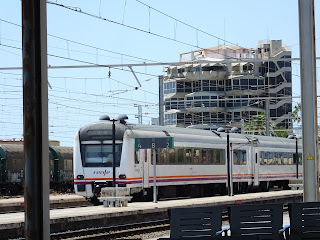 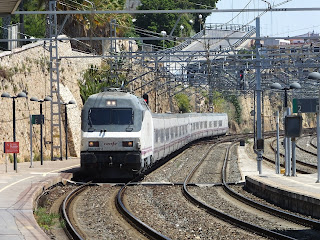 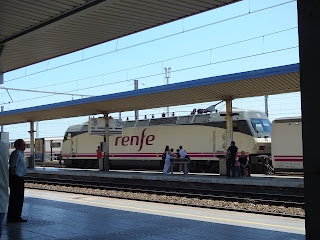 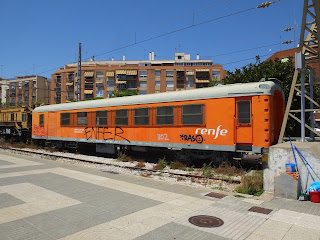 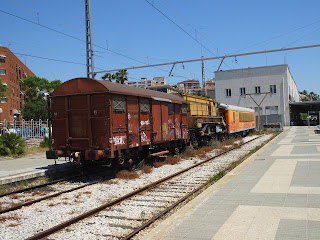 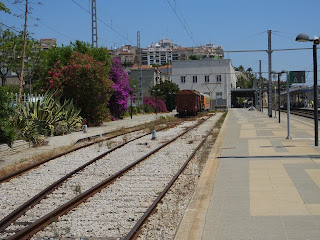 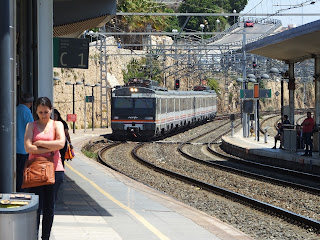 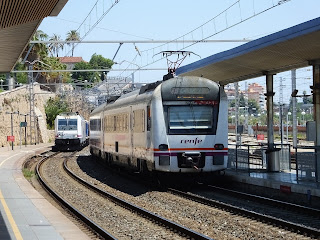 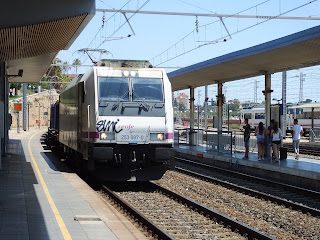 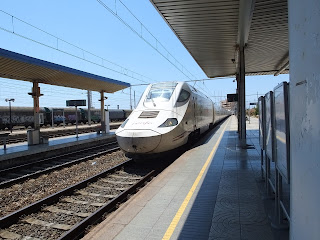 We were in Catalonia last week and popped along to Tarragona on the bus for a look around. Quite by chance we stumbled on the station, via a plinthed steam loco and a fascinating dock line that interesected a roundabout!

We discovered that our bus ticket was valid on the trains so we hung around for the next train to Salou. I wasn't expecting a lot at the station, but it seemed almost as busy as Bristol Temple Meads with the added attraction of plenty of freight trains, all on Spain's broad gauge of 5 foot 6 inches.

I saw the longest passenger train I've ever seen which was two high speed units coupled together - I didn't count the number of coaches but it was over twenty!

The train journey was fast and clean and at Salou there were further surprises, which I'll look at in my next article! 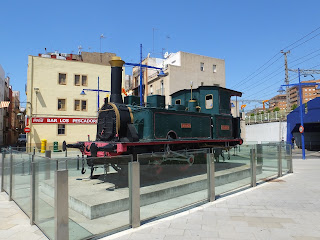 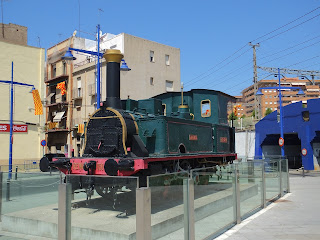 Posted by Steve Sainsbury at 04:47