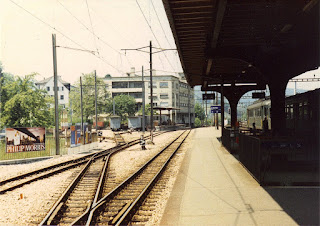 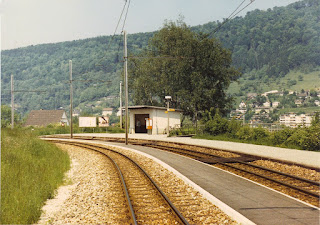 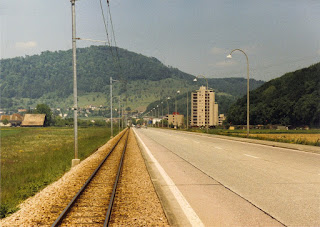 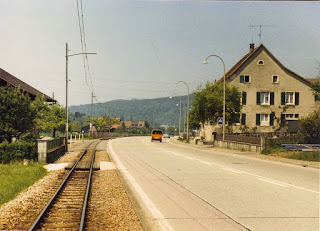 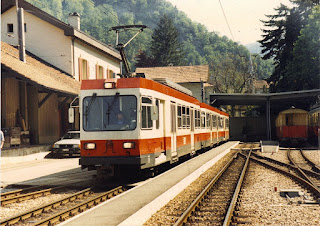 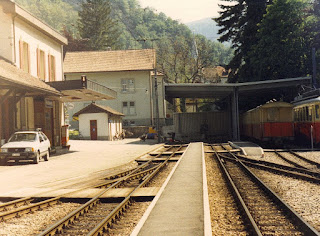 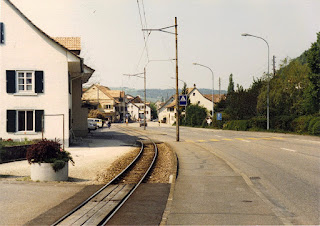 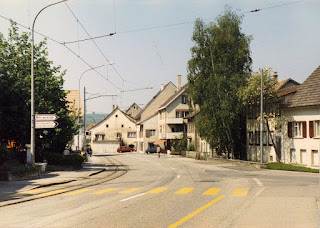 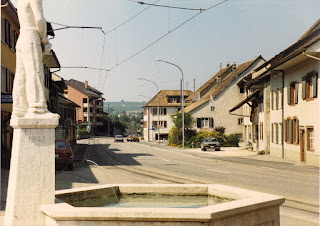 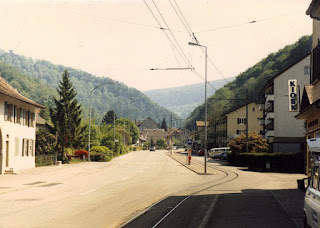 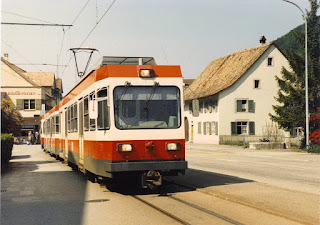 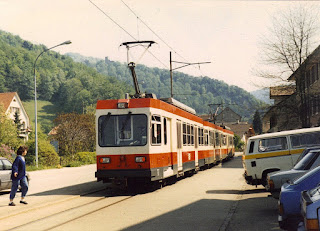 The Waldenburgerbahn runs on the very narrow gauge (for Sswitzerland) of 750mm (2'5½") and is situated in Canton Basel-Landschaft. The line is 13.1km (8.1 miles) long, running from Liestal (junction with the SBB) to Waldenburg. There are intermediate stops at Bubendorf, Hölstein, Niederdorf and Oberdorf.

The line is operated by the Waldenburgerbahn AG and is the only normal passenger line of this gauge in Switzerland (though some industrial and funicular lines use it). It was steam operated until 1953.

The original concession for the route was granted on 18 June 1871. The original plans included an extension from Waldenburg to Langenbruck, but this section was not built. The railway opened throughout on 30 October 1880.

In 1909 plans for a longer extension from Waldenburg via Langenbruck to Balsthal, plus a connection from St Wolfgang to Mümliswil, were applied for but World War I intervened and this extension also didn't make it (together with plans for conversion to metre gauge).

Electric operation of the line started on 26 October 1953, using 1500v DC. The original 1953 stock has since been replaced by seven railcars and ten control cars acquired between 1986 and 1993.

The line operates mainly on a roadside reservation with street running in places, There are now eleven intermediate stops and six passing places, allowing a fairly intensive half hourly service to be operated, with additional trains in peak periods.

Tourist steam trains are operated from spring to autumn using 1902 built locomotive number 5, Gedeon Thommen. This loco had previously been plinthed at Liestal station between 1961 and 1980.

Posted by Steve Sainsbury at 07:00