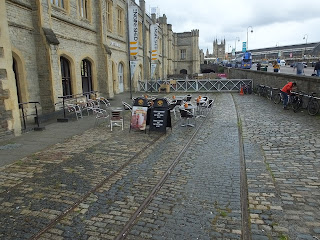 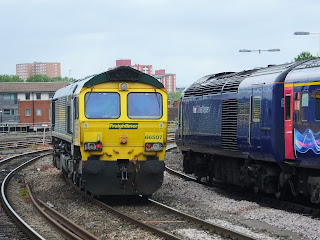 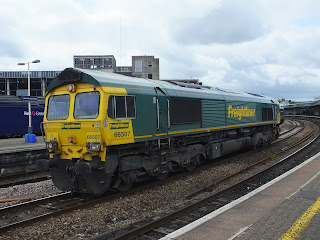 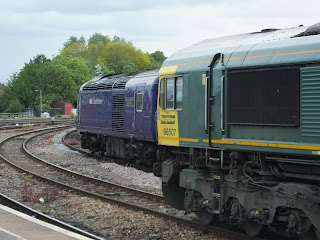 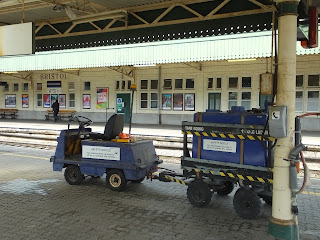 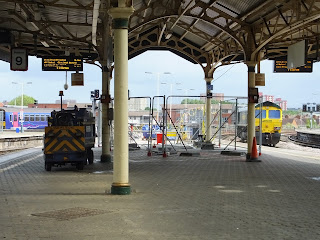 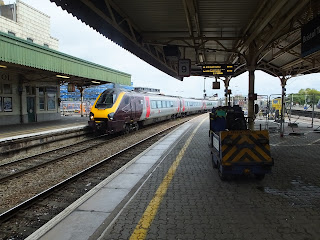 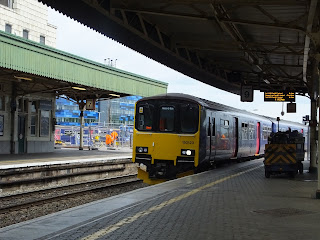 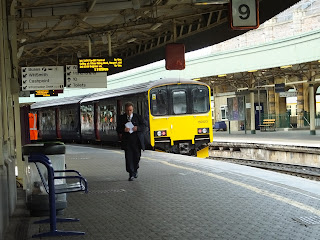 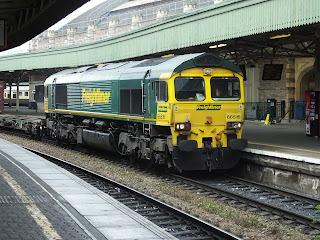 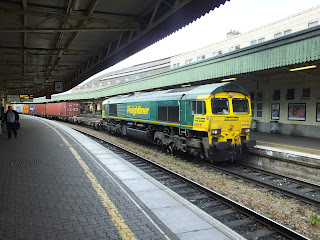 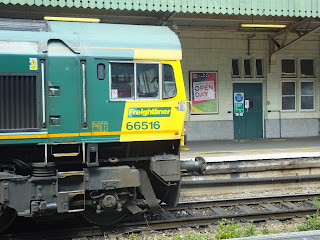 Another hour or so at Bristol Temple Meads on the 1st of June, an hour or so later than I'm usually there. Took the opportunity to snap the surviving tram tracks on the station approach as whispers and buzzes about trams for Bristol are getting louder!

There was a class 66 parked nicely at the north end of the station so I got some shots of that - first time there's been a light engine around whilst I've been later. Had the added bonus of another 66 on a Freightliner heading north - and as it just got out of a shot a second freight was also heading north behind a class 70. Had I not been feeling rough, and/or a bit more sprightly, I could have raced along the platform a bit and got a shot of 3 locos in frame - but it was not to be!

So Temple Meads is still in a state of pre-change, no sign of electrification yet.

As an aside after meeting my son on the station we went into town not by bus or taxi (or on foot) but by boat courtesy of the brilliant Bristol Ferry Company which offer a commuter service right into the heart of the city which at £2 must be one of the best transport bargains in the UK - highly recommended!

Posted by Steve Sainsbury at 11:27