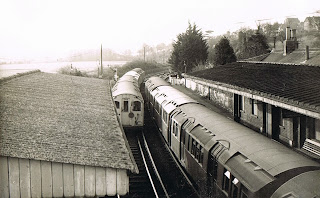 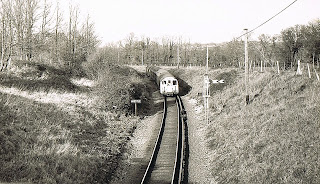 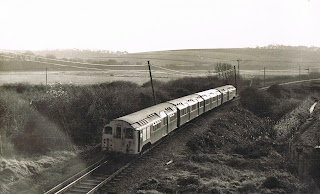 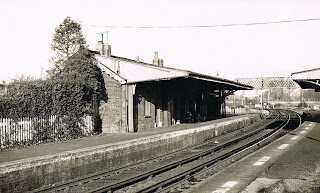 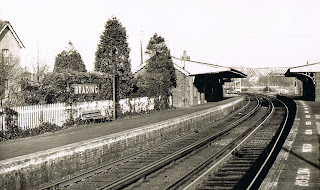 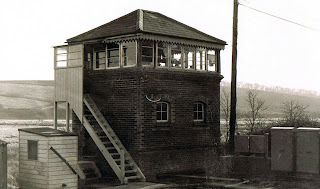 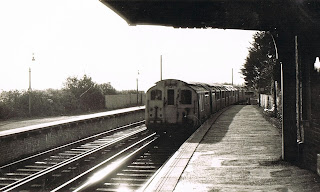 Back on 1974 the Isle of Wight was exotic and practically abroad - and was covered by the SR Rover ticket including the ferry crossing!

Late December 1974 and I found myself travelling from Littlehampton to Portsmouth Harbour, across the water to Ryde and then down to Brading (for the wax museum, now defunct). Brading had been the junction for the Bembridge branch, which sadly had closed 21 years before I reached there! A shame, as I'd like to have taken the trip to Bembridge!

Back in 1974 the station was still full of atmosphere and seemed well kept. The second platform where the Bembridge trains departed from was still intact with its buildings and the station has a passing loop. The signalbox still stood as well.

All in all a nice hit and run day to the island despite there only being about 8 hours of daylight available.

I haven't been back to Brading since 1975, except on a passing train. I need to get over to the island again, the last time I was there was before the reopening of Smallbrook Junction and the link to the steam railway.

The station was opened in 1864 by the Isle of Wight Railway on the Ryde-Shanklin-Ventnor line. In 1882 it became a junction station, when the Brading-Bembridge branch line as part of the Brading Haven reclamation scheme. The branch line closed to passengers in 1953 and completely in 1957.
Under Southern Railway ownership, the passing loop was extended southwards from Brading to Sandown in 1927, forming a second section of double trackon the Island Line.
By the early 1980s Brading was one of the last stations on British Rail to retain gas lighting. In 1985 this changed; although the fittings were retained, they were converted from gas to mercury vapour usage. A few survive in 2010, now using compact fluorescent bulbs.
Brading signalbox closed on 28 October 1988. At this time, the passing loop at Brading station was removed, meaning that only one platform remained in use. This meant the end of 30-minute interval service on the line for over 25 years. By 1998 the signal box and branch platforms were very overgrown and the buildings were threatened with demolition. Brading Town Council stepped in and with the help of grants and volunteers the restored signal box and station buildings are home to a heritage centre, museum and Tourist Information Point.

In August 2007 Brading Town Council announced a plan to revamp the exterior of the station buildings and former signal box. The station building houses a café, visitors' centre and bike hire shop. There is no railway staff presence at the station, tickets are issued from an automatic machine or from the guard on board the train. Trains for both directions leave from the same platform, as the line is presently single track.
In an online discussion, South West Trains' Managing Director Stewart Palmer stated that the company hoped Network Rail might reinstate the passing loop at Brading station by the middle of 2014, although the exact timescale depends on the line's resignalling.

Posted by Steve Sainsbury at 10:47