A closed station in south London 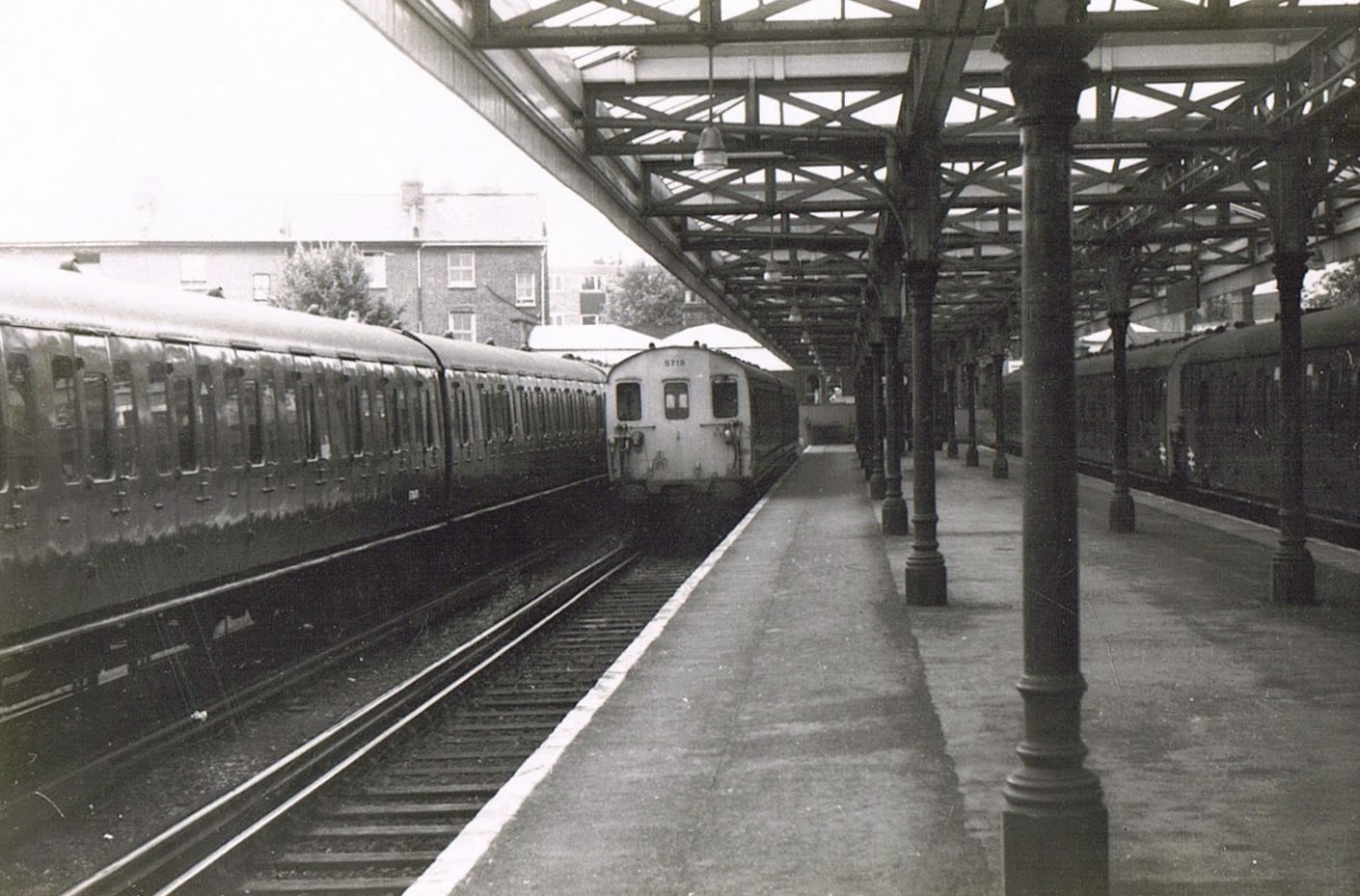 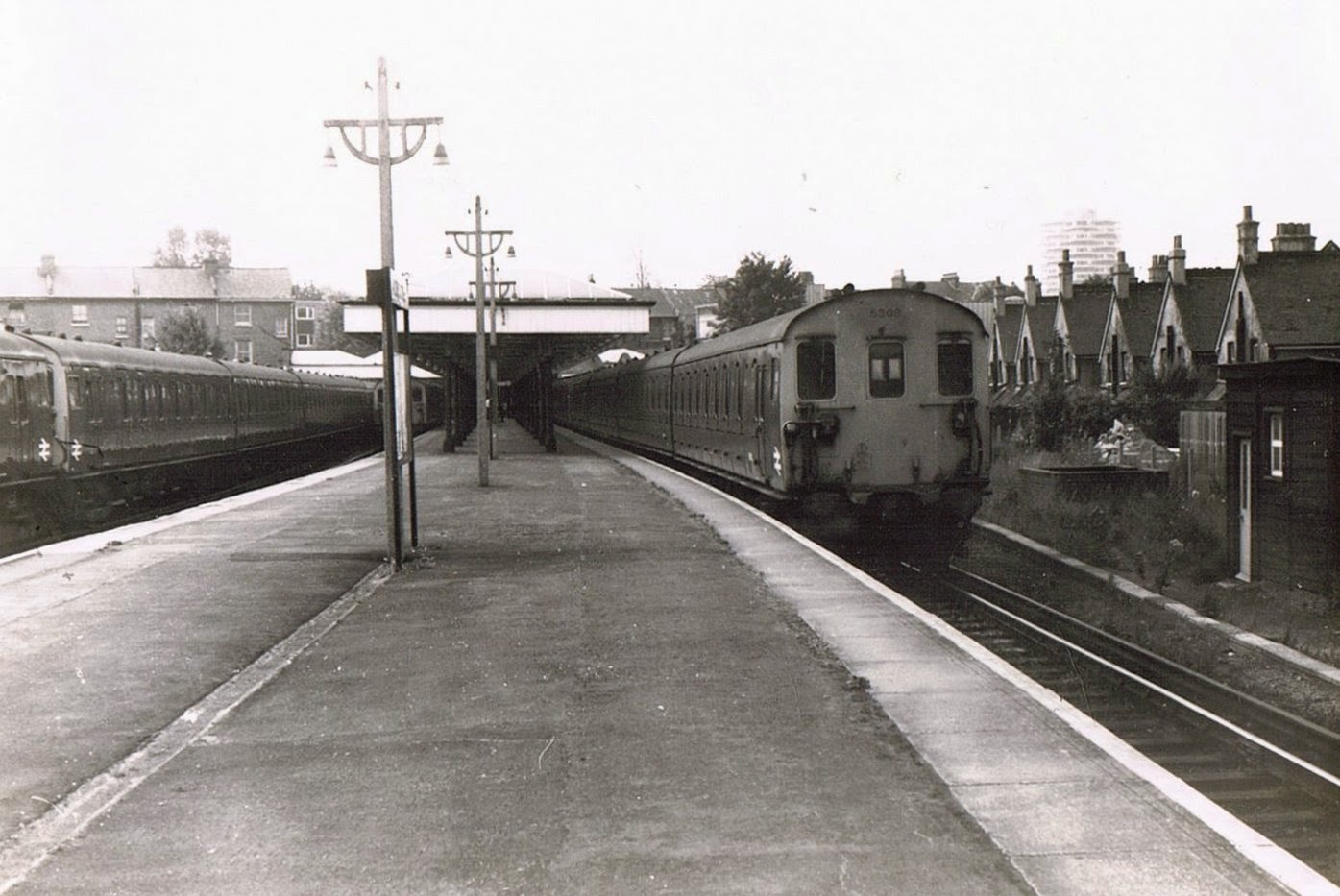 Just a few days after my 16th birthday I was using a Southern Region Rover ticket to get around some of the suburban lines in south London. One of the lines visited, in what was a haze of blue trains and green signed stations, was Addiscombe. This was on a very short branch line and was on the outskirts of Croydon (the 'threepenny bit' building by East Croydon station can be clearly seen in the second picture).

I had no idea at the time that this line was under threat, and I don't think anyone else did either. It was absorbed by Croydon Tramlink which now provides an excellent service around the area. I've no idea whether there are any remains as this was the only time I visited the line. In fact I've still to visit Tramlink though I did once glimpse a tram in the distance at Croydon when I was in the area on a non-rail visit! 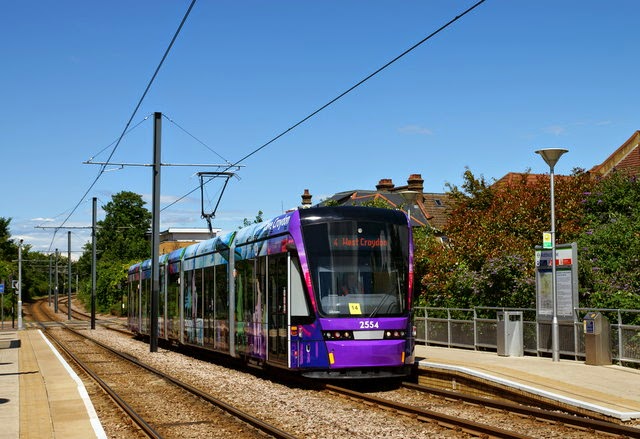 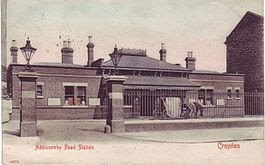 Addiscombe railway station was a terminus to the east of central Croydon, on Lower Addiscombe Road between Hastings Road and Grant Road. The East India Way housing development stands on the site.
It was built with three platforms with extensive canopies, a fairly large station building and concourse, but the station was slowly run down. In 1956 platform 3 was closed and removed, and the goods yard closed in 1968. Through trains to London were withdrawn and the service reduced to a shuttle service to and from Elmers End. In 1993 the carriage depot was closed and around the same time the station became unstaffed with a PERTIS ticket machine outside the entrance.
When the signal box was burnt down in 1996 the line was reduced to single track and only platform 2 was used. The last train (an enthusiasts' railtour) was on the evening of Saturday 31 May 1997, which also visited the West Croydon–Wimbledon line, also closed that day.
After closure the station was derelict until its demolition in 2001.

Addiscombe station in 1990
The station underwent several changes of name:
The station was closed in preparation for the construction of Tramlink, opening in 2000 along the former line from Elmers End to Woodside, then following the line towards Sanderstead, which had closed in 1983. Addiscombe tram stop is half a mile to the east.
The site was used for the East India Way housing development. All that survives are sections of the walls formerly supporting the canopy and station buildings. Part of the line beyond has become Addiscombe Railway Park. In spite of the building being granted Grade II Listed status, the building was demolished to make way for the housing development. There had been a bid for the station to house a working railway museum, which Croydon Council opposed. So far, nobody has been prosecuted.

Posted by Steve Sainsbury at 10:40