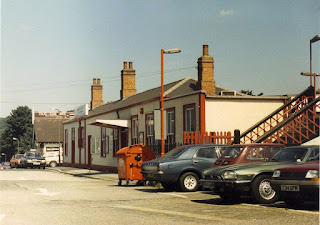 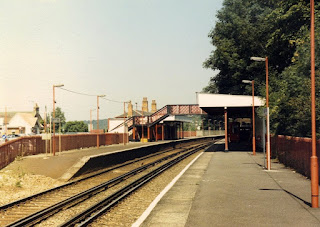 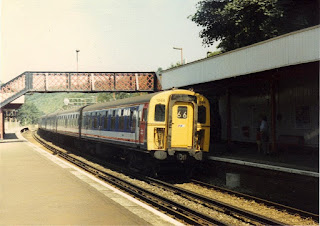 Three snatched shots at Upper Warlingham on 16 August 1988 showing the station and an NSE liveried unit number 1266 on an East Grinstead train.

Upper Warlingham station is on the Oxted line and is one of three stations that serve Whyeleafe, as well as serving Warlingham. In fact it is only 150 metres (geographically) from Whyteleafe station on the parallel Caterham branch.

The 'Upper' prefix was added in 1956 to distinguish the station from Warlingham station on the Caterham line, renamed Whyteleafe South at the same time.

Typically (2016) the station sees 2 trains per hour to London and East Grinstead.