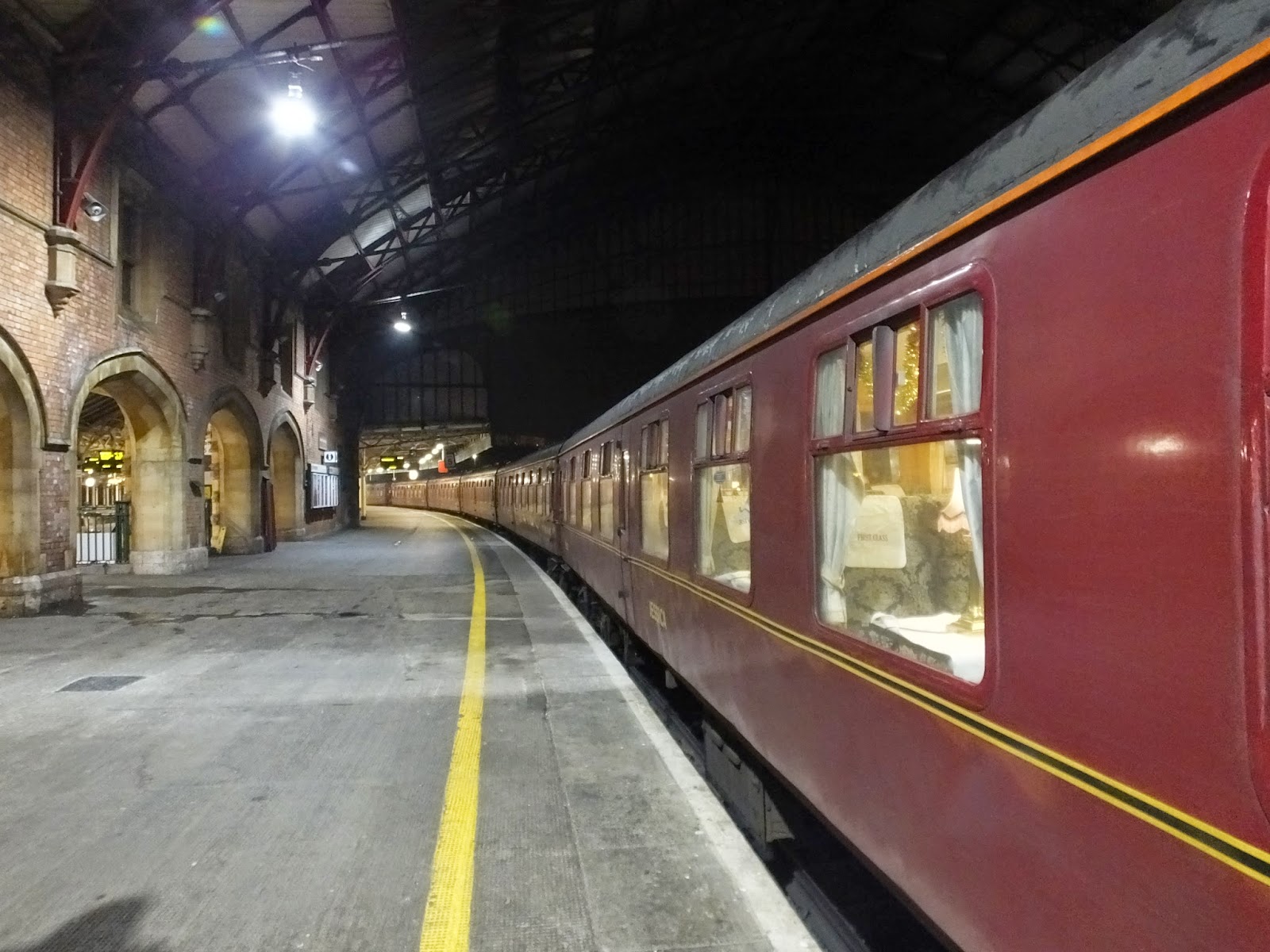 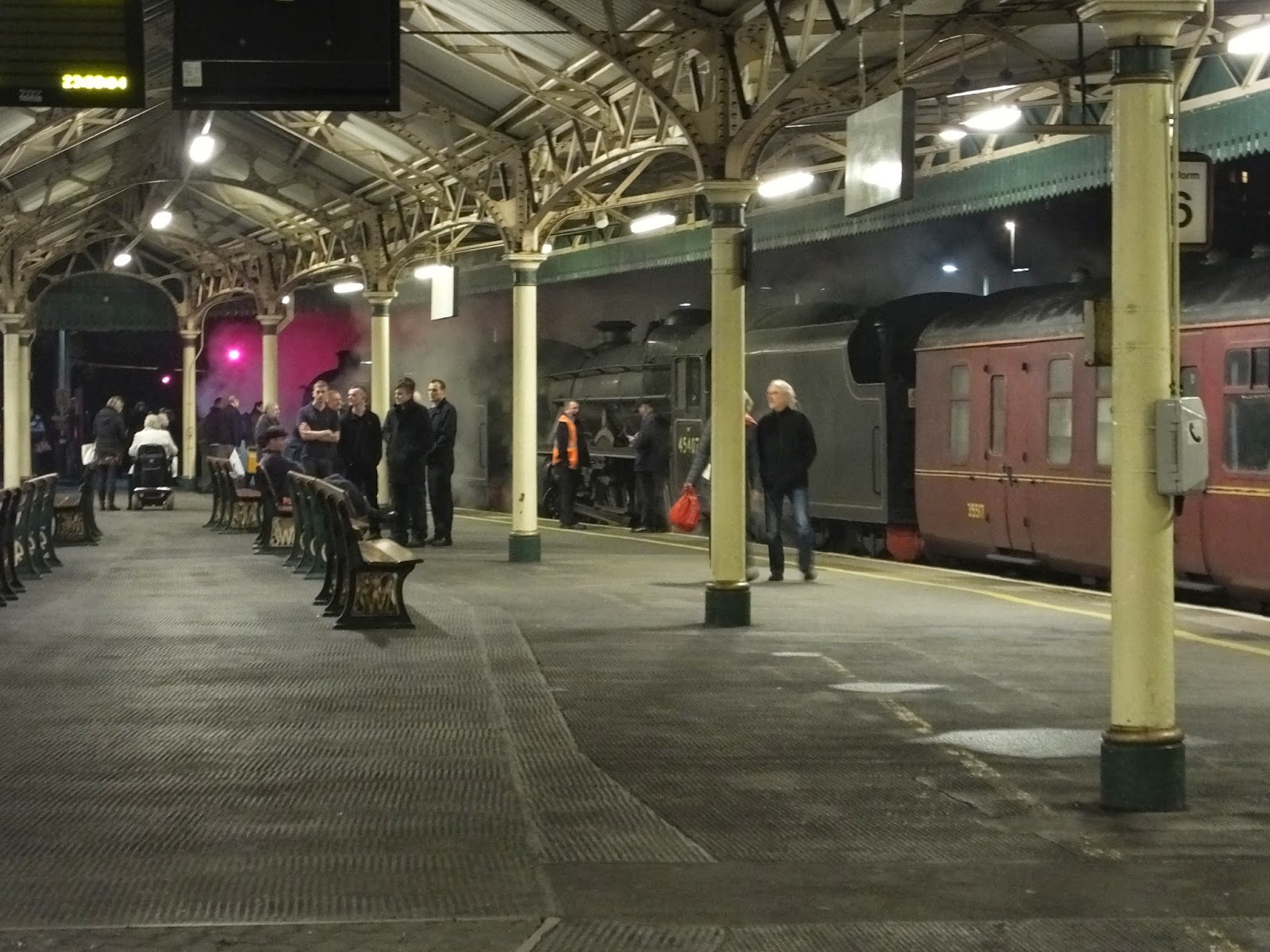 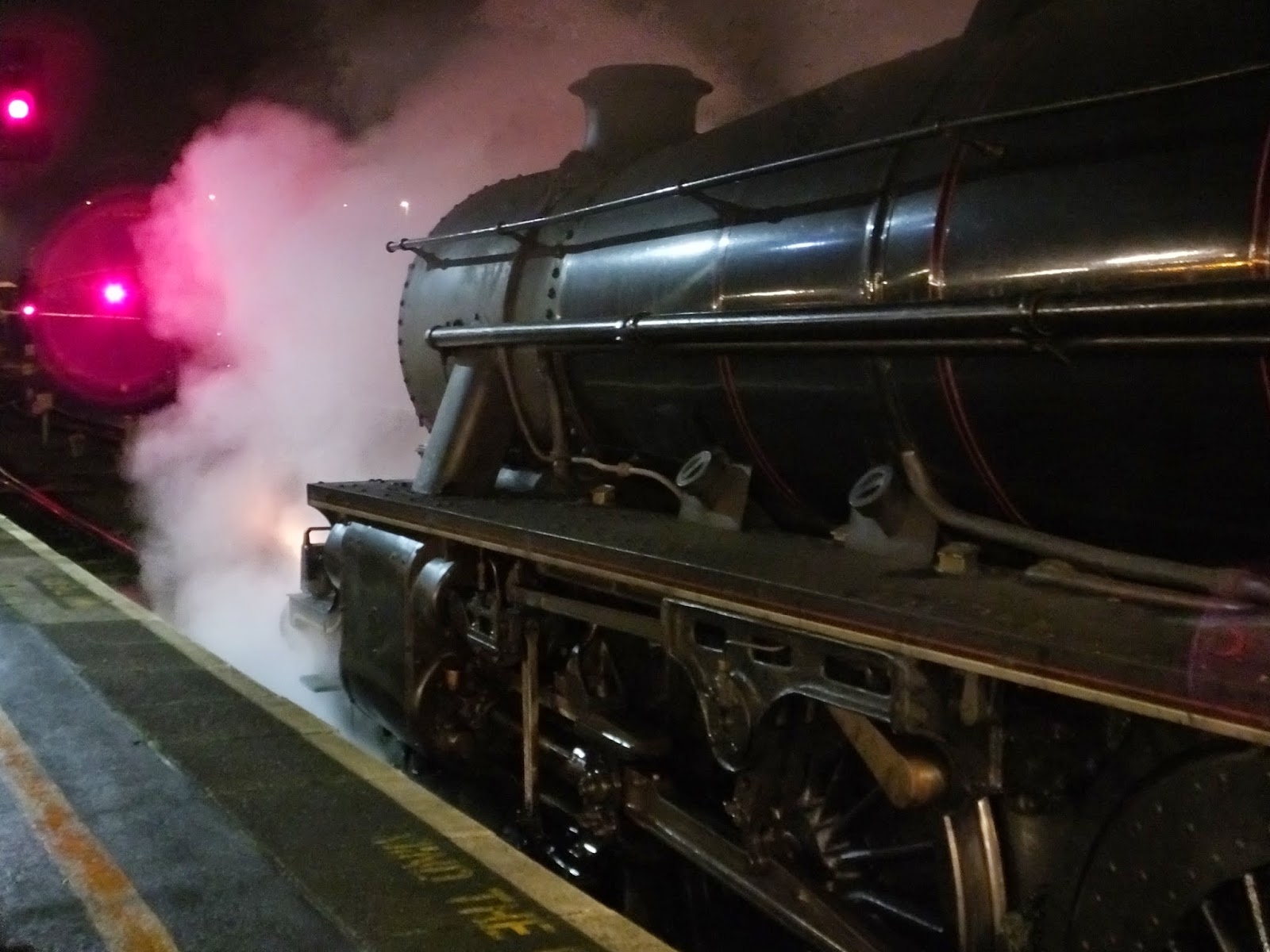 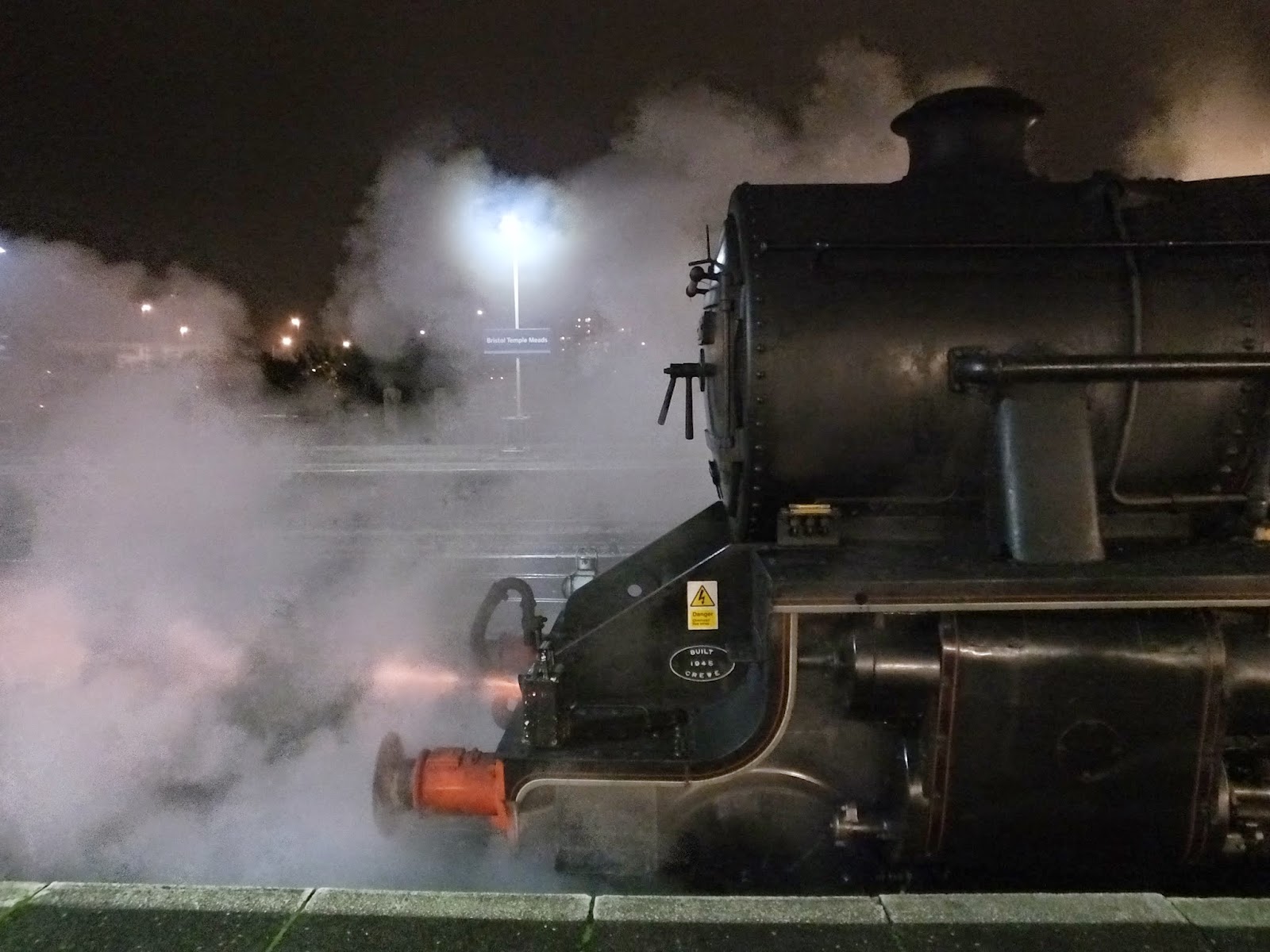 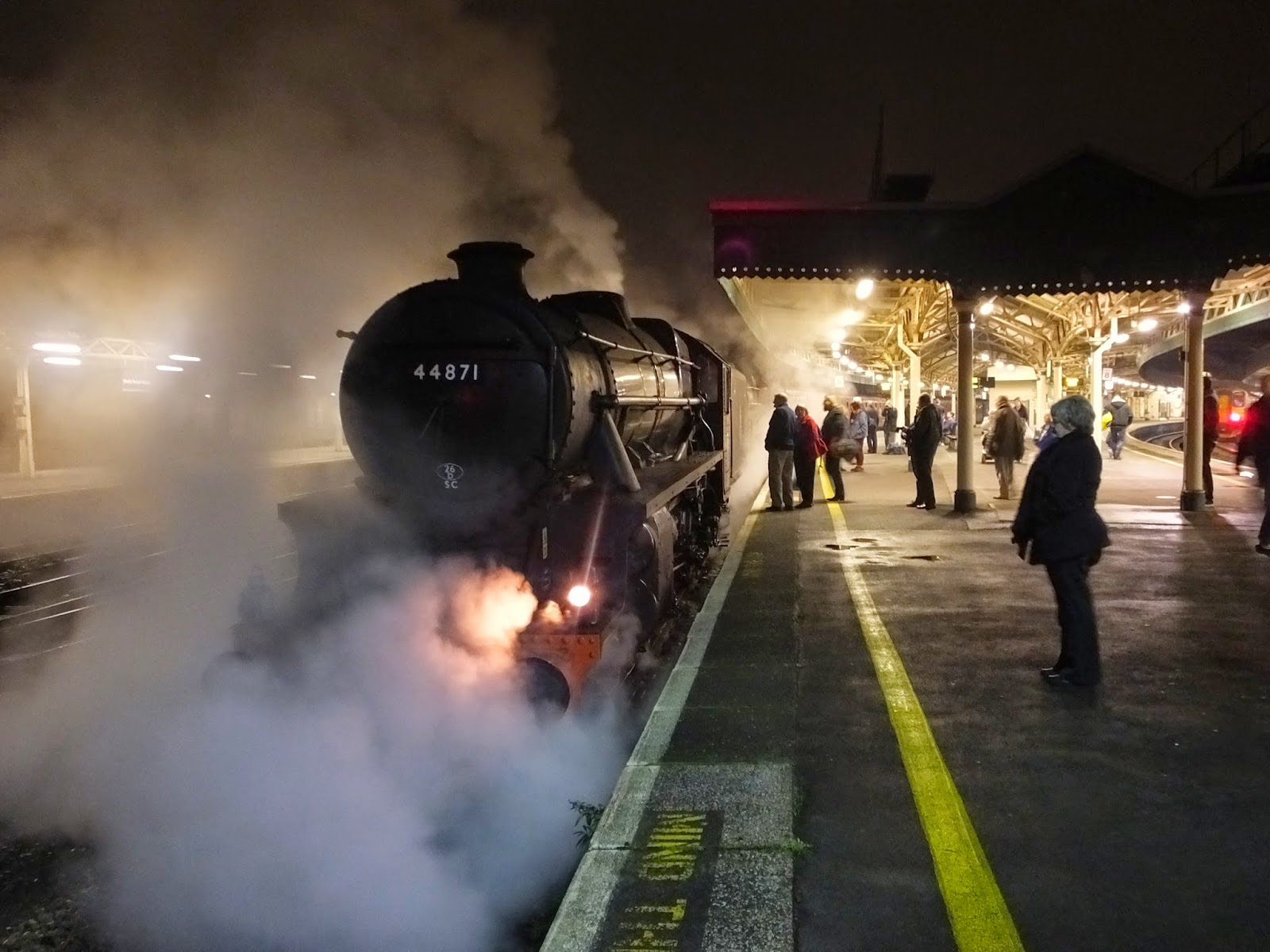 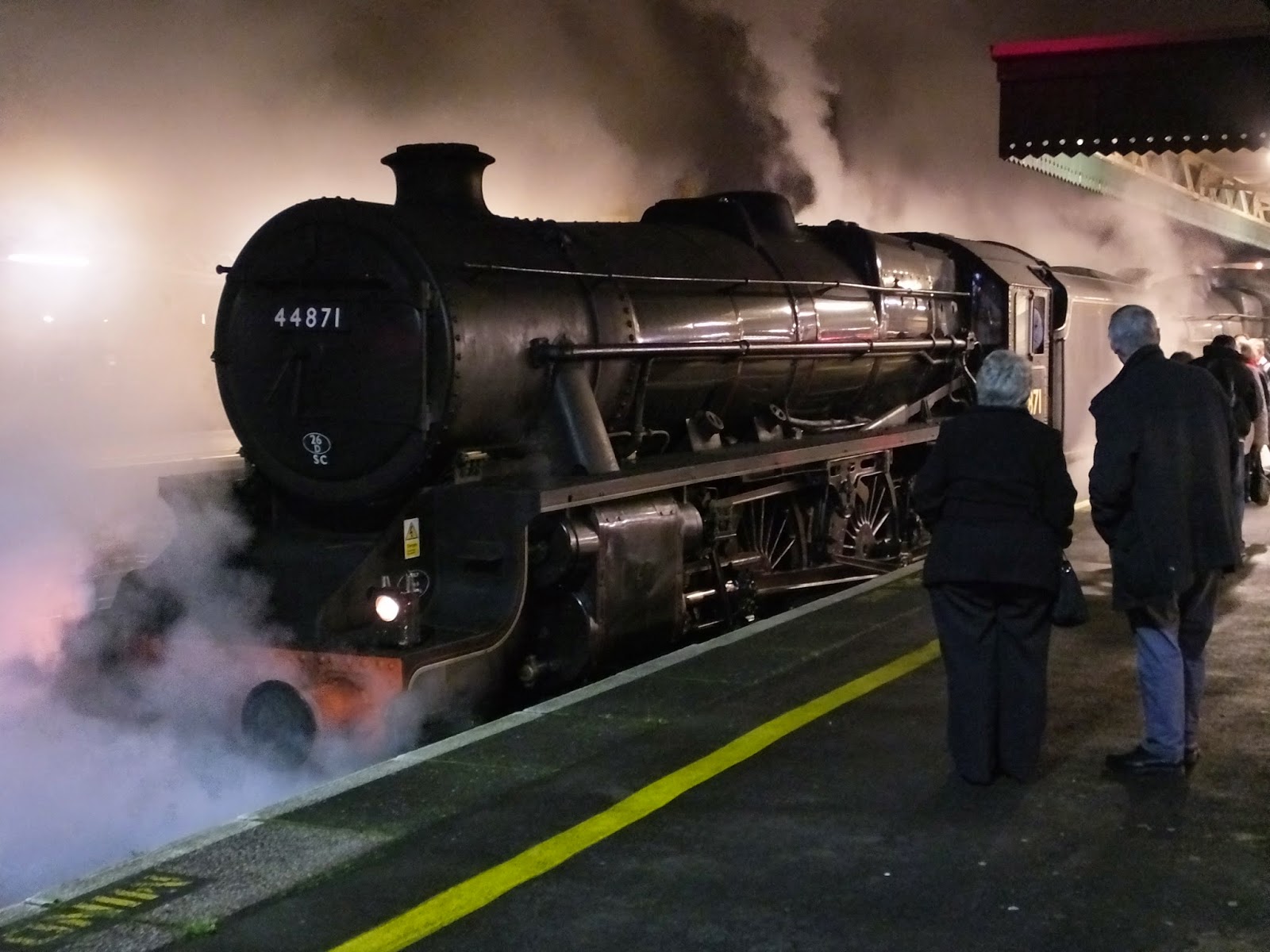 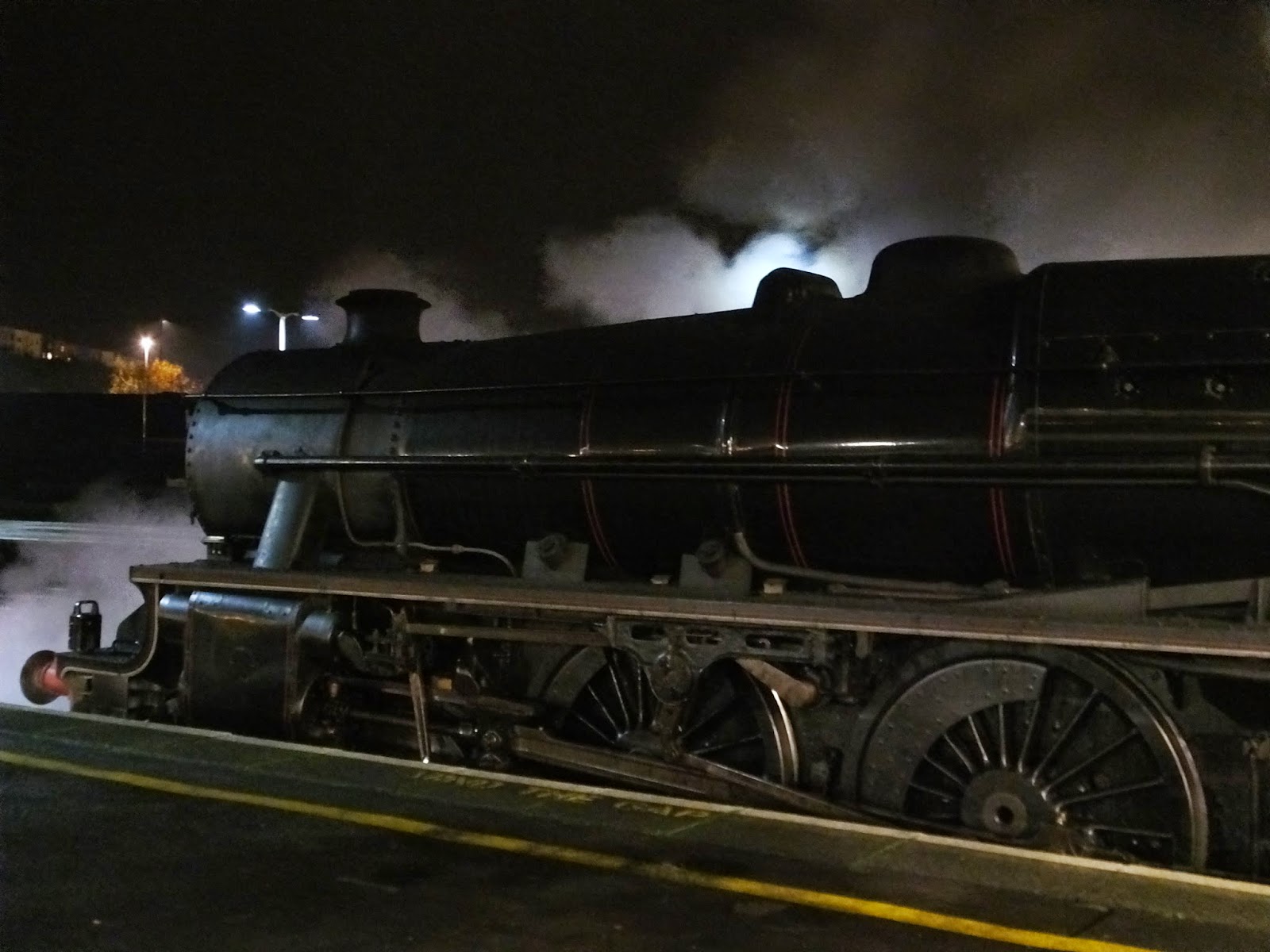 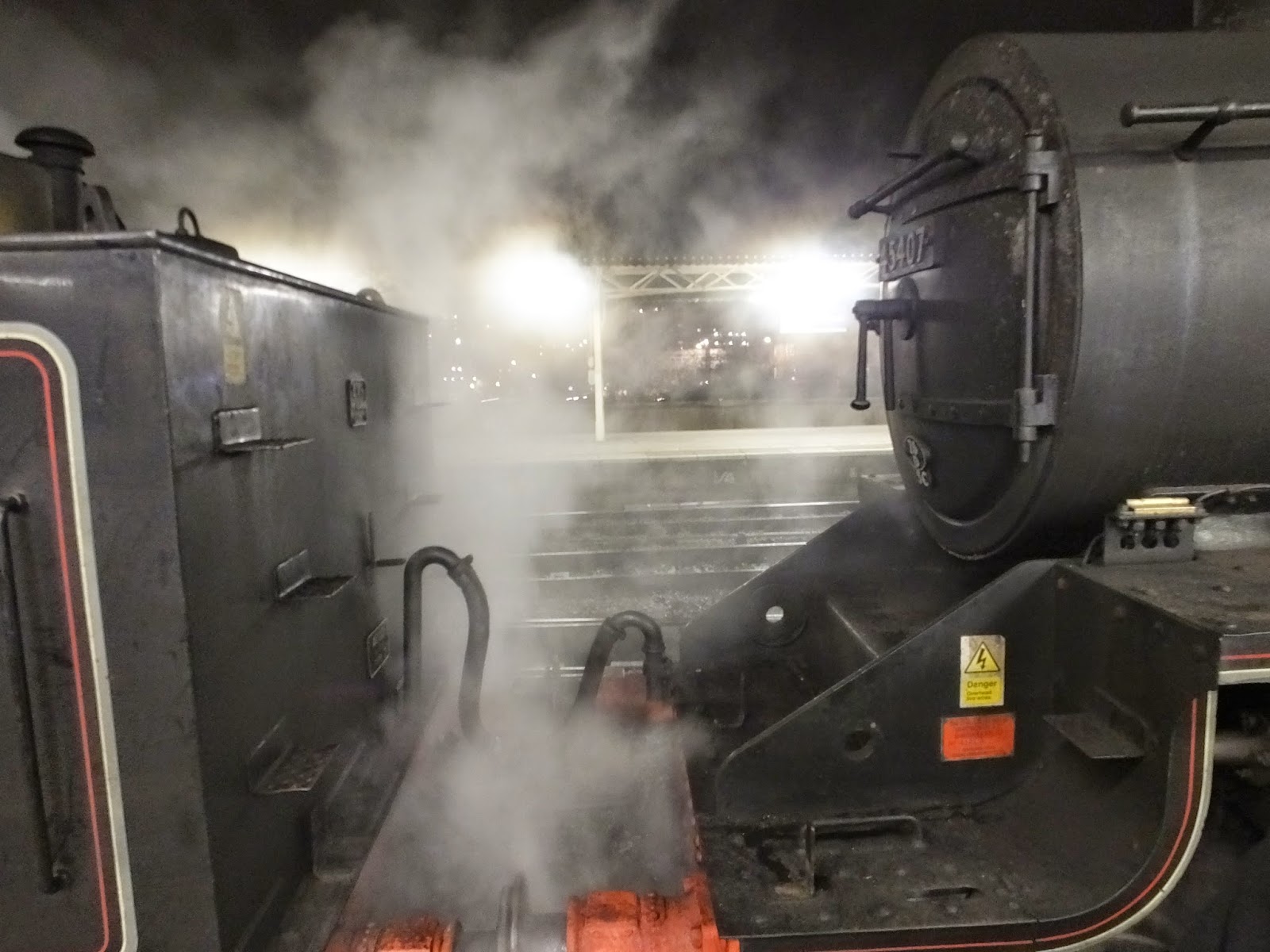 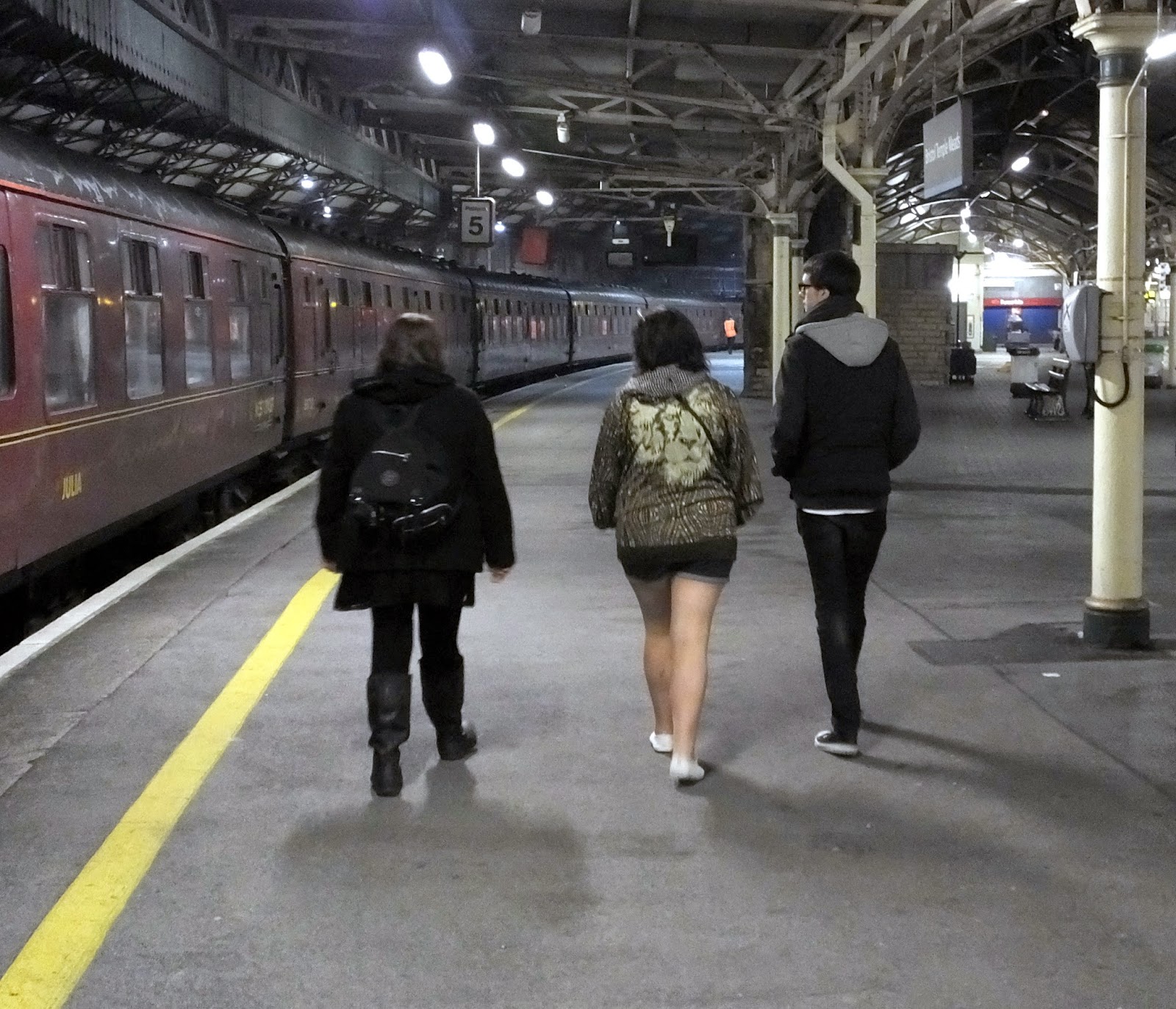 We'd been on a sten night on Saturday and took the train in to Bath for obvious reasons. We caught a fairly late train back to Bristol and got in a few minutes after midnight. Surprisingly on the opposite platform there was a long train in maroon.

I managed to talk the rest of the group into strolling to the end of the platform just in case!

Bristol Temple Meads is long and curved so from the middle of the platforms you can't see the end of the trains.

Eventually when I'd walked far enough there it was - steam! And as I got closer I realised it wasn't just one loco but two!

Now when steam finished on the network we lost the ability to have chance encounters with steam. In steam days it was something I only ever saw once, somewhere in London - when completely by surprise a small loco passed on the adjacent line. I did see other steam on BR but I always knew it was going to be there.

So when steam gradually reappeared on the network there was always the very slight chance of a surprise encounter. It's happened to me twice now in Britain. The first was about ten years ago when I was bringing in the horses back in Frome. The field lay alongside the Frome bypass line and just as it was getting dark, deep in the winter, and the mist was down a steam loco with a single coach ran past on the embankment. My second event was of course on Sunday morning.

It's also happened to me once in Switzerland (of all places!) when a steam train appeared at Chamby station on the MOB. 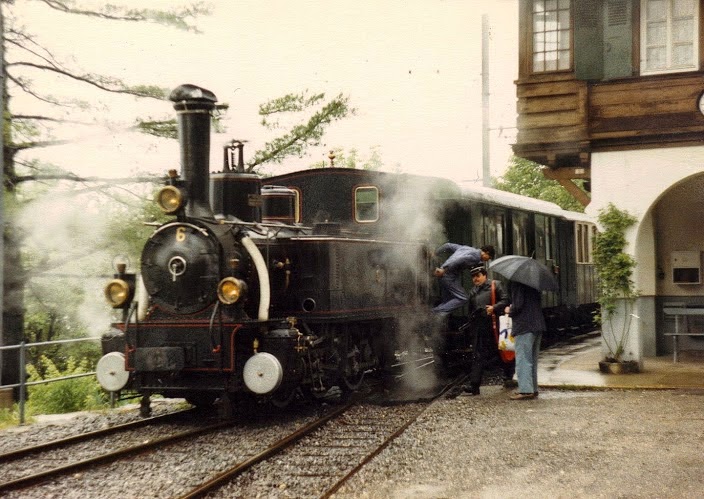 Posted by Steve Sainsbury at 03:28