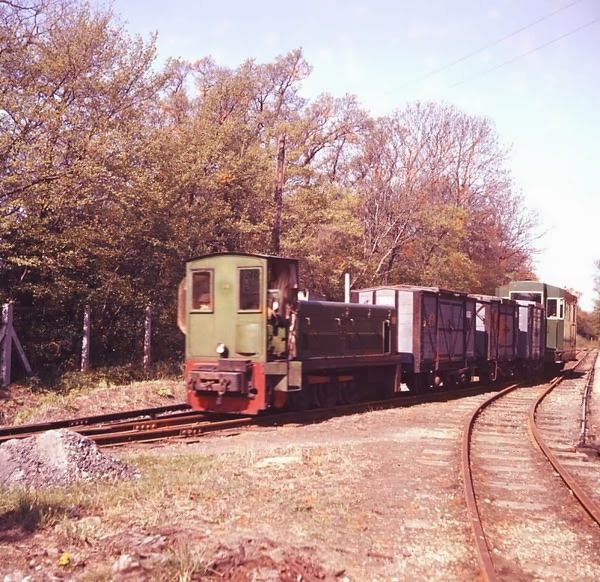 The Chattenden and Upnor Railway (later known as the Lodge Hill and Upnor Railway) was a narrow gauge railway serving the military barracks and depot at Upnor and associated munitions and training depots. It was built in 1873 as a 18 in (457 mm) gauge railway, converted to 2 ft 6 in (762 mm) narrow gauge around 1885, and continued in use until 1961.

The Chattenden and Upnor Railway was originally laid in 1873 to 18 in (457 mm) gauge, as a training exercise for the Royal School of Military Engineering which was then based at Chattenden. The line ran from Pontoon Hard by the River Medway and climbed steeply towards Chattenden. A spur lead from Church Crossing to the Upnor Depot of the Royal Engineers and until 1895 a branch ran from Chattenden to Hoo.

In 1885 the railway was relaid and converted to 2 ft 6 in (762 mm) gauge by the 8th. Railway Company of the Royal Engineers who managed the line. In 1891 the Admiralty took over Upnor Depot to use as a gun and ammunition store. Another armaments depot was constructed at Lodge Hill, north of Chattenden which was also served by the railway. In 1905 the entire Chattenden enclosure was taken over by the Navy, and in 1906 the railway was also taken over by the Navy and renamed the Lodge Hill and Upnor Railway. The Navy extended the line to connect with the 4 ft 8 1⁄2 in (1,435 mm) standard gauge branch from Sharnal Street on the South Eastern & Chatham Railway's Hundred of Hoo branch.

The railway saw intensive use during the Second World War, but use declined after the end of hostilities and the railway closed in 1961.