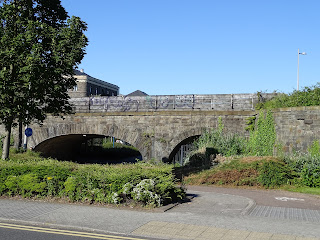 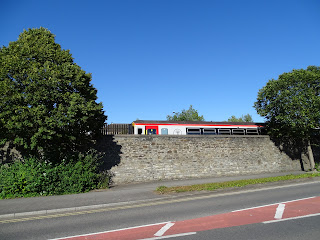 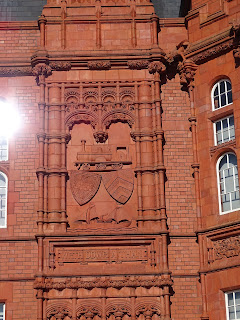 Railway reminder at the waterfront. 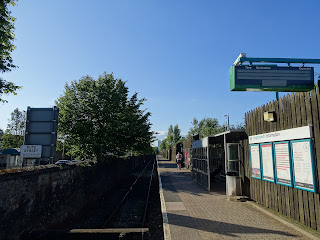 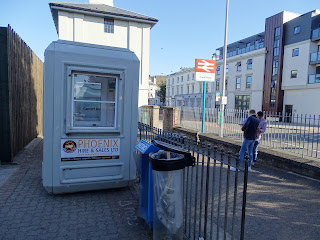 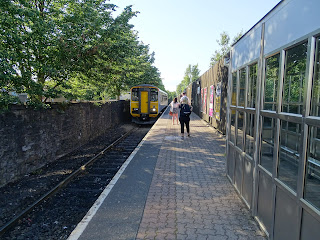 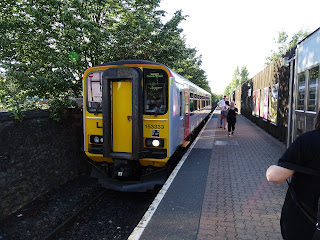 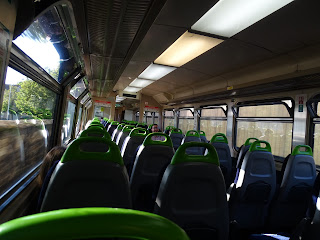 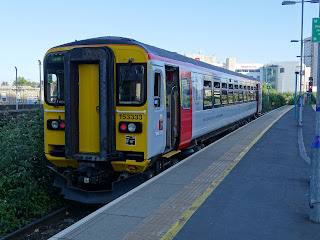 11th anniversary trip to Cardiff on Friday/Saturday. Wasn't supposed to be rail related in any way. But strange things happen. We wanted to go down to Cardiff Bay to see some of the sights. From the hotel it was about a mile. Half way down my wife started moaning 'This is boring, it's like Hartcliffe. I am NOT walking back!' I explained this was just the journey, not the destination, as we passed another cheap shop selling fags and lottery tickets.

But help was at hand. All the way down we'd been following a railway, being a bit out of my area I'd not much idea what it was, but we'd seen a few passenger trains running along it.

Turns out it was the Cardiff Bay branch, which used to be the Cardiff (Bute Street) branch which also connected this area of the docks to the network.

So train trip back it was! Cardiff Bay station reminded me a bit of those bus shelter type places so common in the 70s. Just a single line. A train came in quickly and we were soon trundling up the branch. It was a very short ride! Within about 4 minutes we were in the bay at Cardiff Queen Street station. So the train just shuttles up and down all day. Great service, busy and cheap.

Getting back to Bristol I did a little research. It seemed to me that the line would be so much better if it went the extra kilometre or so to the nice shops and restaurants at the water side. Also to the Welsh parliament (Senedd) and Welsh National Opera, both nearby.

Turns out that this is EXACTLY the plan. Within a few years the station at Cardiff Bay will close, the line will be extended towards the centre of the harbourside, an intermediate station will be built at Loudon Square and tram-trains will run every ten minutes on the line. It's great to see our branch lines being developed in the 21st century.

Posted by Steve Sainsbury at 09:31