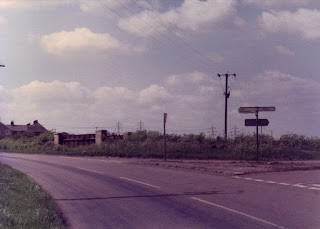 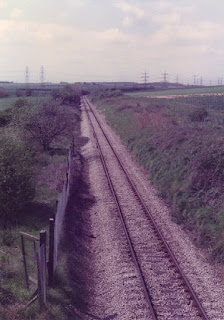 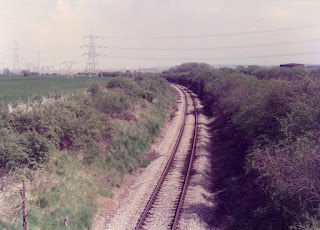 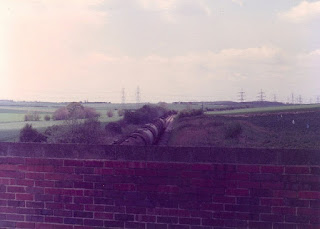 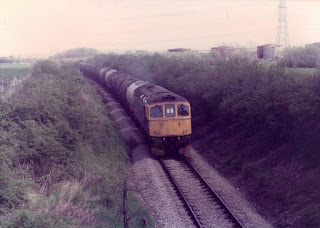 A line that rarely appears in photos or on the web is the long branch to Grain. Passenger trains vanished as long ago as 1961, but the line currently sees about one train an hour carrying freight only, a mix of Freightliner and ballast trains.

Back in 1984 most freight trains were for the oil refinery at Grain, these services finishing with the closure of the refinery in 1997. It was pure luck catching this 33 hauled one at Beluncle. I'd been driving a lorry which broke down in the area and the repair garage was just along the way from the line, so whilst I was waiting for it to be repaired I thought I'd grab a few pics, within seconds the train appeared!

Posted by Steve Sainsbury at 10:25