by train in the road to the airfield 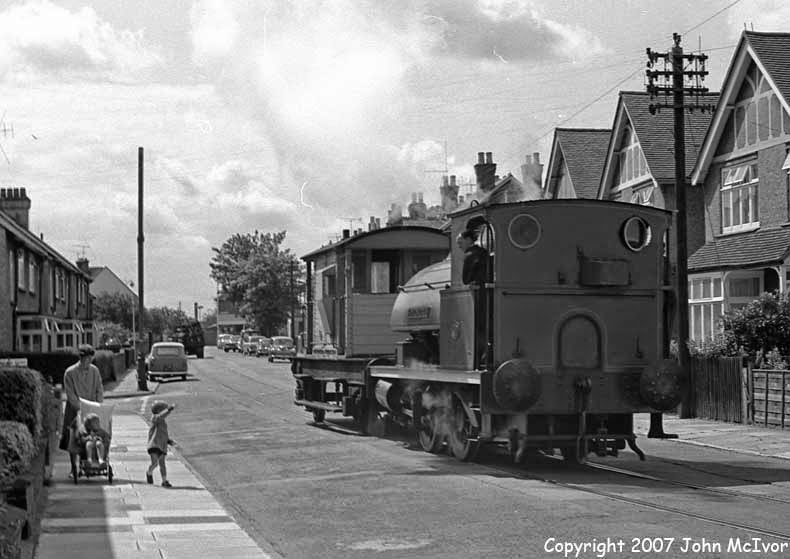 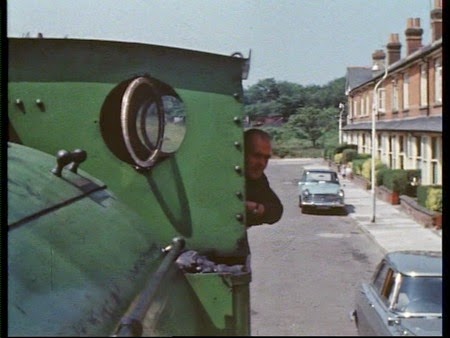 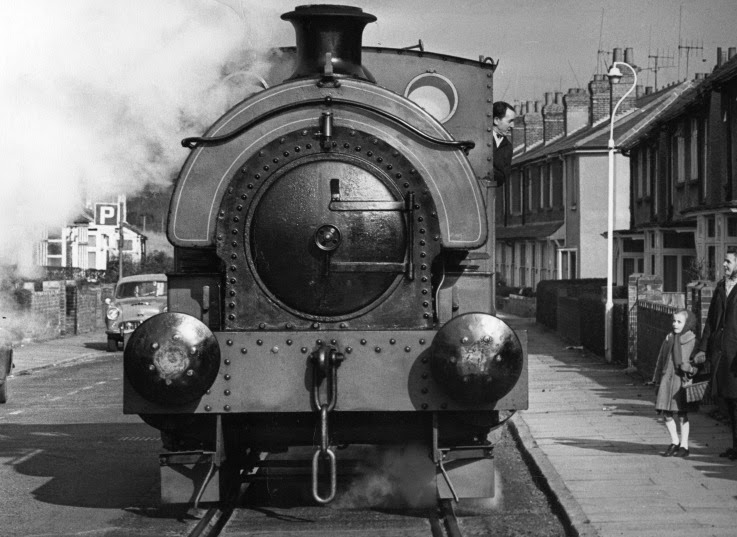 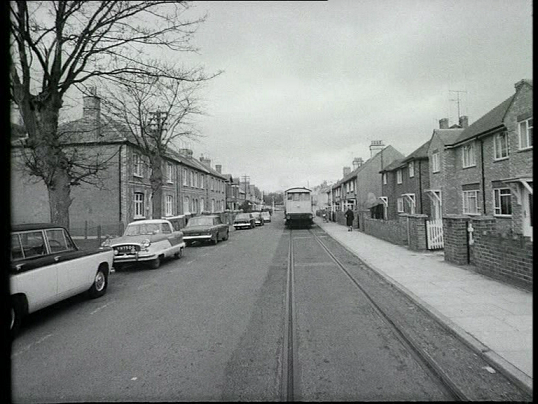 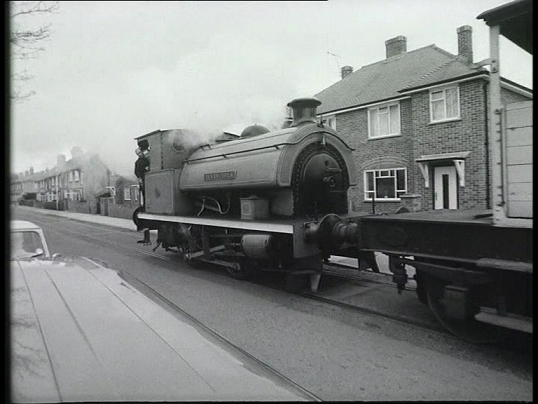 I first heard about the RAE railway at Farnborough from an old Railway Magazine, typically a few years after it had closed. It seemed almost mythical as there were no photos to hand back then. A steam loco pulling a few wagons down a suburban street as late as 1968? Seemed unlikely.

Nowadays with the help of the internet it's been a little easier to get info and pictures, though they are still pretty rare! The line ran from Farnborough station goods yard for about a mile to the RAE establishment (still famous for its annual air show). As you can see from the photos it had a fair stretch of real street running. As late as 1967 you could have followed the steam train up the street to the station, then watched steam expresses roaring through.

Street running isn't quite as rare as we sometimes think. Everyone knows the Weymouth Tramway of course, but a fair few towns had industrial lines that used street running for short distances, especially in dock areas. I'm still finding out about new ones most weeks. We do of course still have a street running line in Bristol, which still uses steam.

Excellent article on the line.

Posted by Steve Sainsbury at 06:17