narrow gauge in the lowther hills 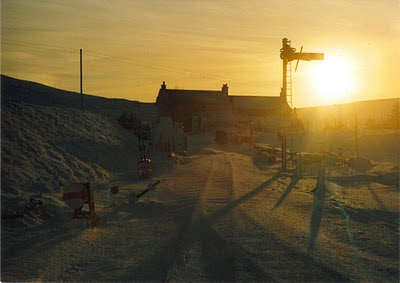 Britain's highest adhesion railway is (at over 1400ft asl) the Leadhills and Wanlockhead Railway, high up in the Lowther Hills south of Glasgow. I lived in Leadhills for five years, it's a magical place steeped in history and usually deep in snow! The line runs in the summer only and will eventually extend to Wanlockhead, Scotland's highest village. The line was originally a standard gauge light railway, linking with the main Carlisle to Glasgow line at Elvanfoot, closing in 1938. As its name implies this area was once the centre of the Scottish lead mining industry. Today it is the main area in Scotland for panning gold. The line operates at weekends in the summer only. No need to ask why!

Posted by Steve Sainsbury at 02:11