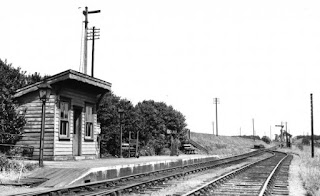 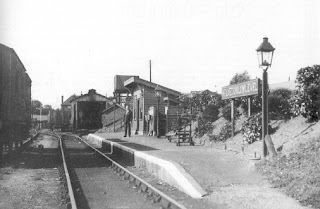 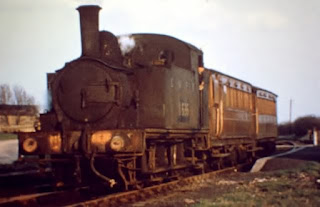 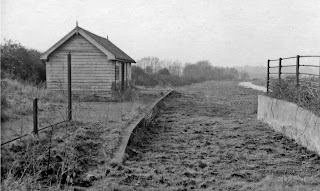 A little known light railway was the Kelvedon and Tollesbury which ran from a low level station next to the main line station at Kelvedon and on via Tollesbury to Tollesbury Pier. Famously it used former Wisbech and Upwell passenger carriages after 1927 when that line closed. It also served the famous jam factory at Tiptree, but this traffic wasn't enough to save the line, which closed completely in 1962.

More info (from Wikipedia)
The Kelvedon and Tollesbury Light Railway, authorised under the Light Railways Act 1896 operated between the two villages of Kelvedon and Tollesbury to the south of Colchester in Essex, England. The line, which was part of the Great Eastern Railway (GER), was authorised on 29 January 1901, although its opening was delayed until 1 October 1904. The area served by the railway lay between the GER main line and the coast, mostly agricultural land, with fruit being a main crop. At Tiptree the jam-making firm Wilkin & Sons, founded in 1885, provided a large amount of the freight traffic; it had also been hoped that a tourist trade would ensue from the yachts moored near Tollesbury. The line became known locally as The Crab and Winkle Line, although the original railway to bear that name was the Canterbury and Whitstable Railway, which used a play on the initial letters of the line.
Of the intermediate stations, only Tiptree, Tollesbury and Tolleshunt D'Arcy had substantial buildings; the others merely had an old passenger coach for accommodation. All the platforms were at a low level; there was no signalling, since only one locomotive worked the line; and only local tickets were issued on the trains; there were no through tickets to mainline stations.
The 1.75 miles (2.8 km) extension to Tollesbury Pier never brought the expected traffic. During World War I it was used for troop training on the river and was subsequently closed to passengers in 1921.The government took it over during World War II and erected defences along it.
The whole line closed for passenger traffic after the last trains on 5 May 1951. Freight traffic continued between Tollesbury Pier and Tiptree until 29 October 1951. The section between Tiptree and Kelvedon continued in use for freight traffic until 28 September 1962.
Posted by Steve Sainsbury at 10:41